Menu
The medals have been designed and the race course set for the second ADNOC Abu Dhabi Marathon. There’s the full marathon, of course, and a roster of runners from elites on down to first-timers. Then there are 10km, 5km and 2.5km races for everyone else, and when they finish, their medals will read “I did it”. Marathoners get the slightly hipper 42.195km on theirs, but then again, they earned that, didn’t they?   In the leadup... 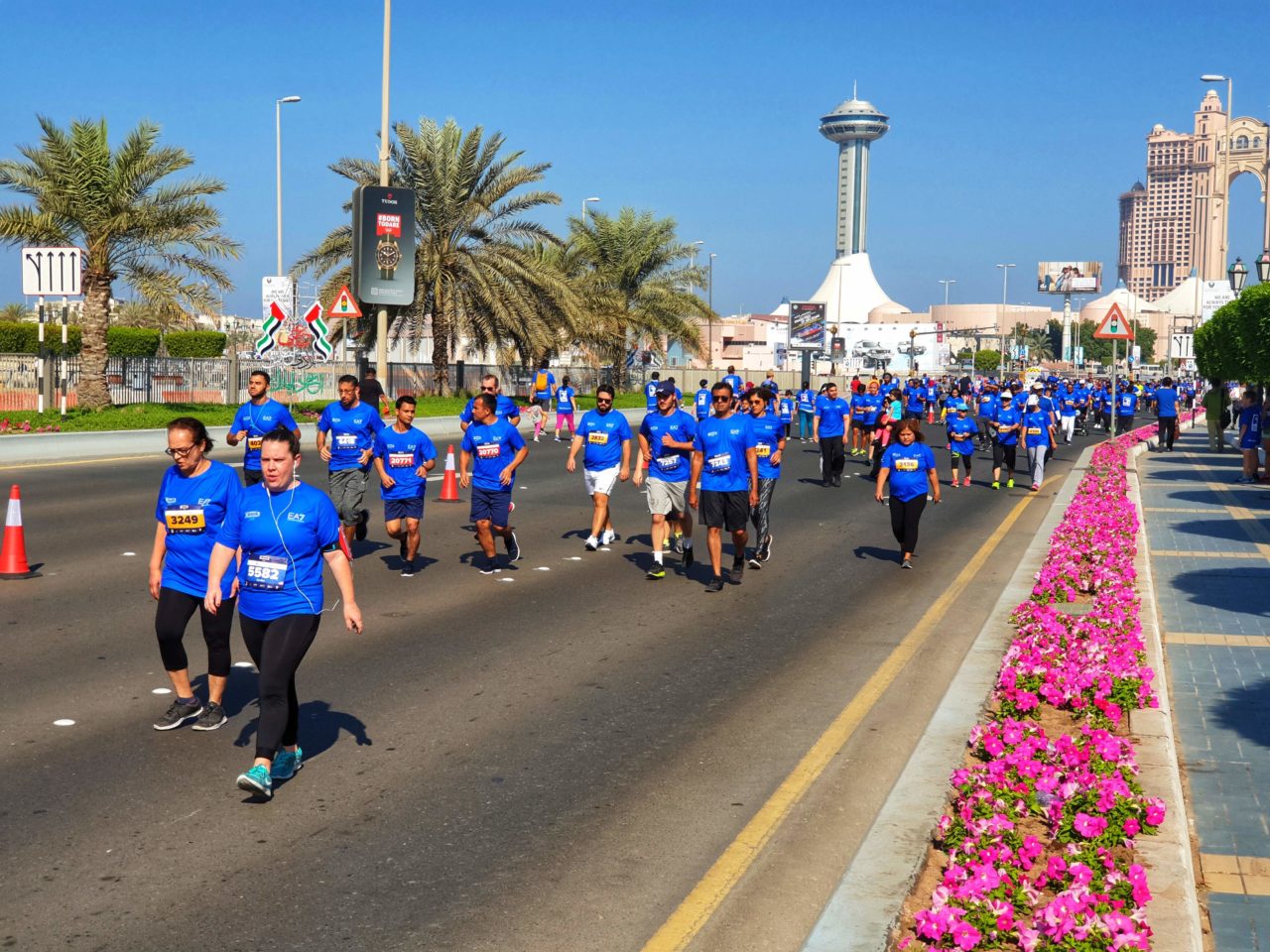 The medals have been designed and the race course set for the second ADNOC Abu Dhabi Marathon. There’s the full marathon, of course, and a roster of runners from elites on down to first-timers. Then there are 10km, 5km and 2.5km races for everyone else, and when they finish, their medals will read “I did it”. Marathoners get the slightly hipper 42.195km on theirs, but then again, they earned that, didn’t they?

In the leadup to the event and in an effort to get everyone involved, the organizers launched a #1kEveryDayChallenge on October 27, 40 days ahead of the race. The idea was to boost the city’s overall activity levels by helping those doing the 2.5km race to have run or walked the equivalent of a marathon distance by the time they cross the finish line. Those running longer races were also able to do the challenge.

And then there are the runners who are tackling the big one: 26.2 miles, or 42 kilometres. We asked three of the UAE’s most regular marathon runners how they get to the finish line what happens on the way there.

David Labouchere: ‘The faster you do a marathon the less painful it is’

Formerly in the British military and holder of an OBE, 56-year-old David lives in Dubai with his wife (they have two children). He has completed more than 40 marathons, in addition to being a top Iron Man triathlete in his age category.

Training is 20 to 28 hours a week for about four months, but the base level of work is a cumulation of 10 years of doing these races back to back. I race long twice a year on average. Marathons are uncomfortable. I am quite comfortable being uncomfortable and find that I can smile a lot when racing. Smiling makes you faster! Advice? The faster you do a marathon the less painful it is.  Or at least, the less time you will be in pain.

So train, and train consistently to be as prepared as you can be on race day. Walking a marathon is no fun. Satisfying yourself that you have performed to your potential is hugely rewarding. At the finish, I normally find myself asking: which one shall I do next?

I’m a forward thinking, always hungry sort of person. Neither the training, nor the race for which I am training are a destination. They are but stations on the main line of my life. I mark their passing but they have no importance once they are behind me.

The finish line is a relief. I always make sure that I am zipped up, with hat and glasses off so that the photograph is ‘positive.’ I think it is an opportunity missed to have your head down looking at your watch! People want to see your face. They want to be reassured that you are still happy and healthy and enjoying life. So I point my hands in celebration/triumph no matter how well or badly I have raced, smile broadly and immediately think about how hungry I am!

Sonya Mac is a presenter for Radio 1 in Dubai. She is from Ireland and since getting into the sport, has run more than 40 marathons in the last decade.

I first began marathon running in 2010, when a good friend asked me if I fancied the challenge of NYC marathon. He had seen a charity advert for runners to fundraise via this event. The radio station I worked for were in the process of setting up a charity, so that became our focus, to raise money to help a kids charity. After announcing my challenge on air, so that I didn’t back out, I had a personal trainer contact me, with a friend who was a physio. These girls then added to our team and ran with John and me. What a first marathon! The support on the route, through the five boroughs of New York was amazing. After vowing to only take on a marathon this one time, I was bitten by the bug. I’ve now run more than 40 marathons plus no end of half marathons and 10km routes. And raised thousands of pounds for charity.

I think my proudest moment was completing Tokyo in March this year. This gave me my 6th star for my World Marathon Major runs. It’s a scheme where you complete New York, London, Boston, Chicago, Berlin and Tokyo. I’d run several of these cities more than once but just hadn’t made it to Tokyo. It was great to finally have my six-star medal, although on the day it was freezing and the rain never stopped – I was glad to get to the finish for the weather conditions alone. The medal was a bonus.

Every marathon, I’m still a little nervous when I’m on the start line. Even though I know that I can cover that distance, sickness, lack of proper training and the unknown of what injury you could face during the 26.2-mile run is always in the back of my mind. I used to use a training plan before I ran a marathon. Now, to be honest, I do try to get some training in, but more often than not, I just wing it.

Nick Webster is a British journalist based in Dubai and has completed several marathons across the world.

Like anyone else contemplating a marathon for the first time, the thought of running 26 miles and 385 yards seemed out of reach and far beyond my capabilities as a part-time recreational runner.

I took up running after breaking my leg playing football, forcing an early retirement from my favourite sport.I was soon bitten by the running bug and began entering 10km races and gradually increasing my distance. My brother, who is a keen triathlete, encouraged me to have a go at longer distance running, so I decided to enter the London Marathon.

It took four application attempts to finally win a place in one of the most popular marathons in the world. On my first application I had no real time in mind; I just wanted to get round the streets of the capital in one piece.

But as each year passed, running became a more important part of my day-to-day life and I aimed for a sub-four hour time when I was finally entered into the 2007 event. As the new year rolled in, I began a strict 16-week training programme gradually building up my weekly distance from a starting point of about 10-15 miles a week.

As the longer runs increased, running began to take over my life, with nights-out swapped for gym sessions and my once lazy Sunday mornings reserved for the longest run of the week. To keep things interesting I incorporated hill sprints, off-road running around the Cotswolds near my home and interval sessions on the track to increase my speed and improve my technique.

My longest training run at the end of March was 22 miles, with a total of about 50 miles a week in three other, shorter runs, with all-important rest days in between.

The last two weeks leading up to the big day, I tapered down, reducing the mileage and just ticking over with shorter runs of about 10 miles. I never felt better. I didn’t quite manage to break the four hour mark on that first marathon attempt, clocking four hours and 20 seconds, but I loved every minute. Well, almost.

Two years later, I recorded a personal best of 3 hours 37 minutes at the New York marathon.

Running remains one of my favourite pastimes to keep a healthy body and mind. While targets are good, just getting out there and putting one foot in front of the other, once or twice a week, can have huge benefits.

Wellbeing books to discover this November

Catch up with celebrity trainer Kelsey Wells at Dubai Active