Menu
On World Diabetes Day 2020, it’s no secret that diabetes is a big problem within the UAE, with around 20 percent of population already diabetic and another 20 percent classified as pre-diabetic. Less well known is the fact that diabetes is a bigger problem for the women of the country and to complicate matters further, it affects women differently to men. Diabetes is more deadly for women, as females with type 1 or type 2... 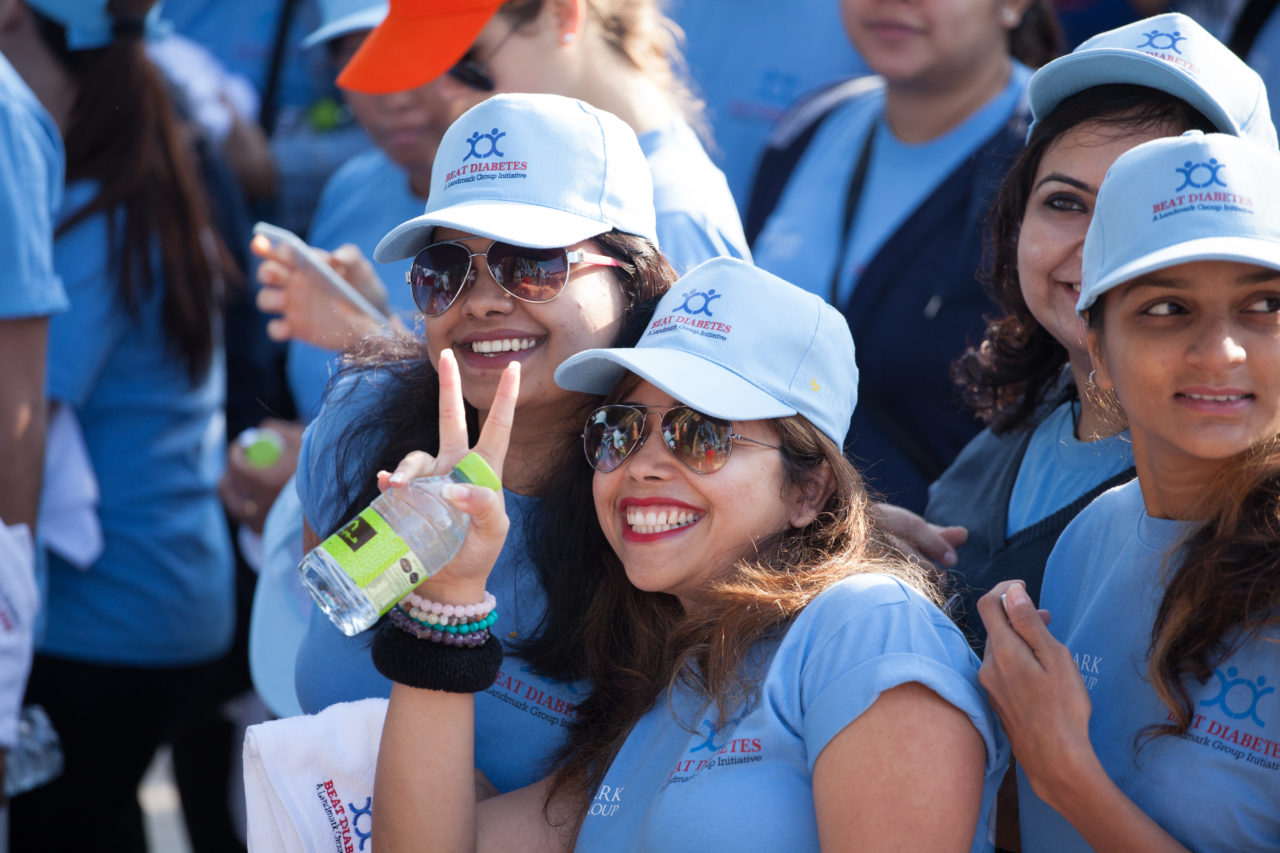 Women at the Beat Diabetes Walk in Jumeirah Park, December 2014.

Diabetes is more deadly for women, as females with type 1 or type 2 diabetes often face a higher risk of death compared to diabetic men. The following are some of the main risk factors playing a role in this disparity:

Obesity increases the risk of developing type 2 diabetes in both sexes. But rates of obesity are typically  higher among women than men. Having a high percentage of abdominal fat raises the diabetes risk factor more for women than for men, even though men often have higher rates of abdominal fat distribution.

Social and psychological factors unique to women also result in unique risk factors. For example, various studies have shown that while women generally eat more healthily than men, genetics and hormonal factors make it harder to lose weight. Also, older generations of women in general neither had the same access as men to sport and exercise, nor were they encouraged to take part in sporting activities, which we now know significantly reduces the risk of various chronic conditions, including diabetes.

As well as type 1, type 2, and some other types of diabetes, gestational diabetes is a concern for pregnant women. This is not only because it can seriously affect the health of both mother and baby during pregnancy, but also because the mother is then at greater risk for type 2 diabetes after giving birth. Like type 2 diabetes, the risk factors of gestational diabetes include a mix of genetics and lifestyle factors including polycystic ovary syndrome, a family or previous history of diabetes, obesity and a lack of physical activity. Also, like type 2, gestational diabetes can be well-managed through a combination of proper nutrition and exercise.

Having diabetes requires strict compliance with care plans that may incorporate medication, monitoring of blood sugar levels, exercise and nutrition. Poor compliance means that those with diabetes are often at risk for contracting additional illnesses or  complications or, as healthcare professionals call them, comorbidities.  One such comorbidity for diabetics is cardiovascular disease. Women with diabetes have a significantly higher death rate from cardiovascular disease than men. This increased risk also applies to women with type 1 diabetes. If they had the condition in early childhood, their risk of severe cardiovascular disease is up to 90 times higher than for women without diabetes.

Hormonal differences between women and men, as well as differences in their immune systems and metabolism, mean that drugs work differently in women and men. However – shockingly – drugs are still mostly tested on men so there is often a knowledge gap when it comes to the understanding the effects – and the side effects – of these drugs on women. This is highlighted by the fact that women suffer significantly more side effects from drugs than men.  For example, women with insulin therapy are more likely to have hypoglycemia – aka low blood sugar – despite the fact that the sole purpose of insulin is to help regulate blood sugar levels. Blood-pressure medication is less effective in women as well. With lower efficacy of these medications, women are at higher risk of diabetes complications.

Along with a host of risk factors and complications unique to women, diabetes also affects women who don’t have it. While it is not true in all cases, from my experience, women are often the primary caregivers for children with type 1 diabetes. As with diabetes in adults, childhood diabetes is a 24/7 condition and the burden of monitoring and ensuring compliance usually falls to one parent more than the other and most often, to the mother. Caregiver stress has been recognized as real and serious as it can lead to mental and physical health problems.

While distinctive risk factors and complications do exist, a nutritious, balanced, whole food diet rich in vegetables, and an active lifestyle, can help reduce risk factors for those without diabetes and help prevent complications for those who do have it. Those who believe they are at a higher risk for diabetes should openly discuss their concerns with their doctor.

Dr Yousef Said is a specialist in Internal Medicine & Diabetology at GluCare Integrated Diabetes Center, amade-in-the-UAE clinic and the first in the world clinic to empower patients through remote continuous data monitoring.

Where to get your flu shot

Boosting your bone health at every age