Menu
While digital technology has connected millions of people across the globe and brought many of us closer together, it has also created a lonely and isolating place for others — especially children. The latest phones, laptops and iPads have become must-have accessories that are more important to a young family than a pet. But this exposure to all that info has seen an increase in digital addiction. In fact, it’s becoming so prevalent, that it’s... 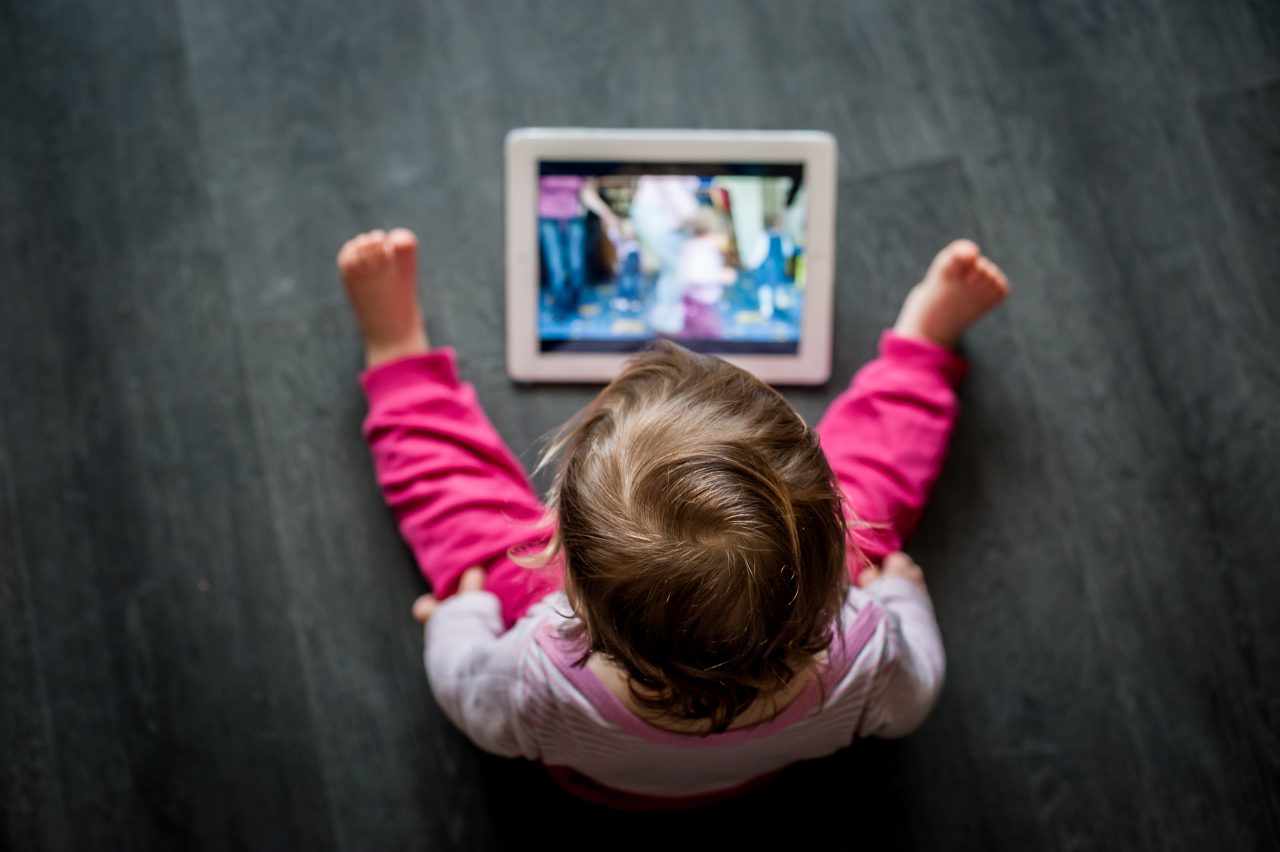 While digital technology has connected millions of people across the globe and brought many of us closer together, it has also created a lonely and isolating place for others — especially children.

The latest phones, laptops and iPads have become must-have accessories that are more important to a young family than a pet. But this exposure to all that info has seen an increase in digital addiction. In fact, it’s becoming so prevalent, that it’s even been spotted in kids as young as four months old.

Digital addiction was addressed in Abu Dhabi this week at the WED (World Early Childhood Development) Forum, which was organized by Abu Dhabi’s Early Childhood Authority and brought together 250 experts for 40 panels, talks and discussions. One simple focal point is the question confounding parents around the world: how do we stop kids staring at screens all day, ensure they have a meaningful life, and become critical thinkers and collaborators?

“In 1970, the average age that a child was exposed to TV was 4 years old,” said Dr Dimitri Christakis, director of the Center for Child Health, Behavior and Development at Seattle Children’s Research Institute, who spoke at the event. “At present it’s around four months old and these young children are exposed for three to four hours per day. Considering the majority are awake for around 12 hours a day, that’s a huge chunk of their development time where they’re immersed in media.”

These early experiences are crucial for their development, he adds. “The typical newborn brain is around 333 grams and in the first two years of life it triples in size — an extraordinary period of brain growth.”

Dr Christakis explained during his presentation that those factors are what increase brain cells from 1,500 to 15,000 in the first three years, so it’s down to grown-ups to filter and influence a child’s experiences. Devices such as iPads have become symbolic not just for their ability to entertain, but as pacifiers used by tired parents or caregivers in need of a break. This though is increasing the risk of digital addiction. After all, a tablet never gets tired of entertaining a young mind.

So how does digital addiction work? Spend too long staring at a screen and your body delivers a hit of dopamine to the brain that encourages repetition — and you experience that feeling of pleasure every time. But digital addiction goes way beyond a kid watching too many episodes of Dora the Explorer. In its darkest form, it has claimed lives, such as Lee Seung Seop from South Korea, who died after playing Starcraft at an internet café for almost 50 consecutive hours, with no food or drink.

This and many stories like it pose a big question: what happens when we praise a child for doing something that doesn’t involve technology? It’s likely we stimulate that same dopamine and can hopefully reinforce that behavior.

The UAE takes addiction in any form seriously, and when the National Rehabilitation Center opened in Abu Dhabi in 2019, it offered a program for gaming addiction. This WHO-collaborative center defines gaming disorder as appropriate for a person who, over a period of at least 12 months, lacks control over their gaming habits, prioritizes gaming over other interests and activities, and continues gaming despite its negative consequences.

Dr Christakis goes on to explain that around five to eight percent of kids in the UAE suffer from gaming disorders. Globally, the figure is around 12 percent. He also suggests that the disorder is much more prevalent in kids with mental illness such as ADHD, anxiety, and depression.

He believes a crucial part of a child’s life is called the Zone of Proximal development, which refers to the gap between what kids can do unaided, and what they can’t do at all. The former brings boredom and the latter, frustration. The Zone of Proximal Development (in the middle) is where the parent can offer guidance and make it a learning experience, and that’s where we should all be aiming for our children’s development opportunities to live.

Technology, especially apps, games, and social media, are vying for our kids’ attention and are devising strategies to make it difficult to for the user to disengage. So, designing a future for children that isn’t about only passively watching but using the technology collectively to develop curiosity and a hunger for knowledge is key.

Is there room for traditional play?

Whilst the world becomes more digital, Dr Micheale Borba, who also spoke on the subject at the forum, believes that we can remodel interactive physical play for children of the digital era.

“In a technological age, play shouldn’t leave children’s lives,” said the educational psychologist and author. “What we know about good-old-fashioned play, whether it’s a cardboard box, dolls or rolling on the grass, is it’s really the ground seeds of what kids need right now, and what’s going to help them develop.”

The benefits of play offer a boost in confidence, resilience, empathy, learning, happiness, imagination, productivity and help to shape the brain. And Borba goes on to explain, the best toy you can offer a child is your face.

“When we sit down and go eyeball to eyeball with our children and interact with them, we are growing the seeds for healthy, happy kids.”

Described as attachment, she urges parents to not let it fall to the wayside and suggests encouraging eye contact because, she said, we are currently raising a digital community who are looking down, and not up.

Figuring out this kind of emotional literacy can’t be learnt from an iPad. It needs help from groups such as The Roots of Empathy program, which hails from Canada. Its job is to reduce aggression, increase sharing, caring and inclusion, while promoting resilience, well-being, and positive mental health. They do this by removing technology where possible and letting the kids interact with babies, animals and anything that can increase their skills and empathy.

“Every kid needs to feel safe, accepted and that they belong, and this all starts with visionary adults who realize what children need to get through in an unprecedented world that’s uncertain and unpredictable,” Borba states. “And most importantly they need empathy and the vehicle that’s going to help them get that way, is play.”

What other resources do we need for a digital generation?

During a panel called Developing Mental Health Resources for the Digital Generation, the overriding sentiment was that it’s important to leverage digital platforms that youth feel safe and in control of, to spread a positive mental health message. The best way to do this would be via WhatsApp and podcasts.

“The biggest challenge for me when I went thought my mental illness, was that I didn’t know how to talk, and I couldn’t relate or talk to my parents about how I was feeling,” said Ally Salama, a UAE mental health ambassador.

Salama believes that podcasts are a way to give people a voice and let them be heard. “It’s an effective way to reach and educate people, and today we use that to build well-being programs and tap into mental health services for youth who don’t know where to go.”

Takalam (speak), an online counseling platform launched in the UAE in 2020, aims to to increase accessibility to mental health care. Individuals, companies, and government entities could directly access mental health experts through private and convenient digital experience — they can also communicate anonymously if they are worried about social stigma.

“During the pandemic, the awareness of mental awareness increased,” said Khawla Hammad, Takalam’s founder and CEO. “We noticed an increase in government and community initiatives focusing on the importance of mental health and we should mitigate as much as possible from our learnings for the future.”

For younger kids and infants, though, it’s important to engage with parents’ communities, another way that digital platforms such as podcasts can reinforce the message.

“The key is to engage with connection,” said Nikki Martyn, program head of Early Childhood Studies at the University of Guelph-Humber in Canada. “Being in the same space to experience opportunities in technology together can help build loving connections in our children in order for them to become empathic, kind and self-reliant.”

Padel in the UAE: Why are we so hooked?

The top 17 healthy podcasts in the UAE