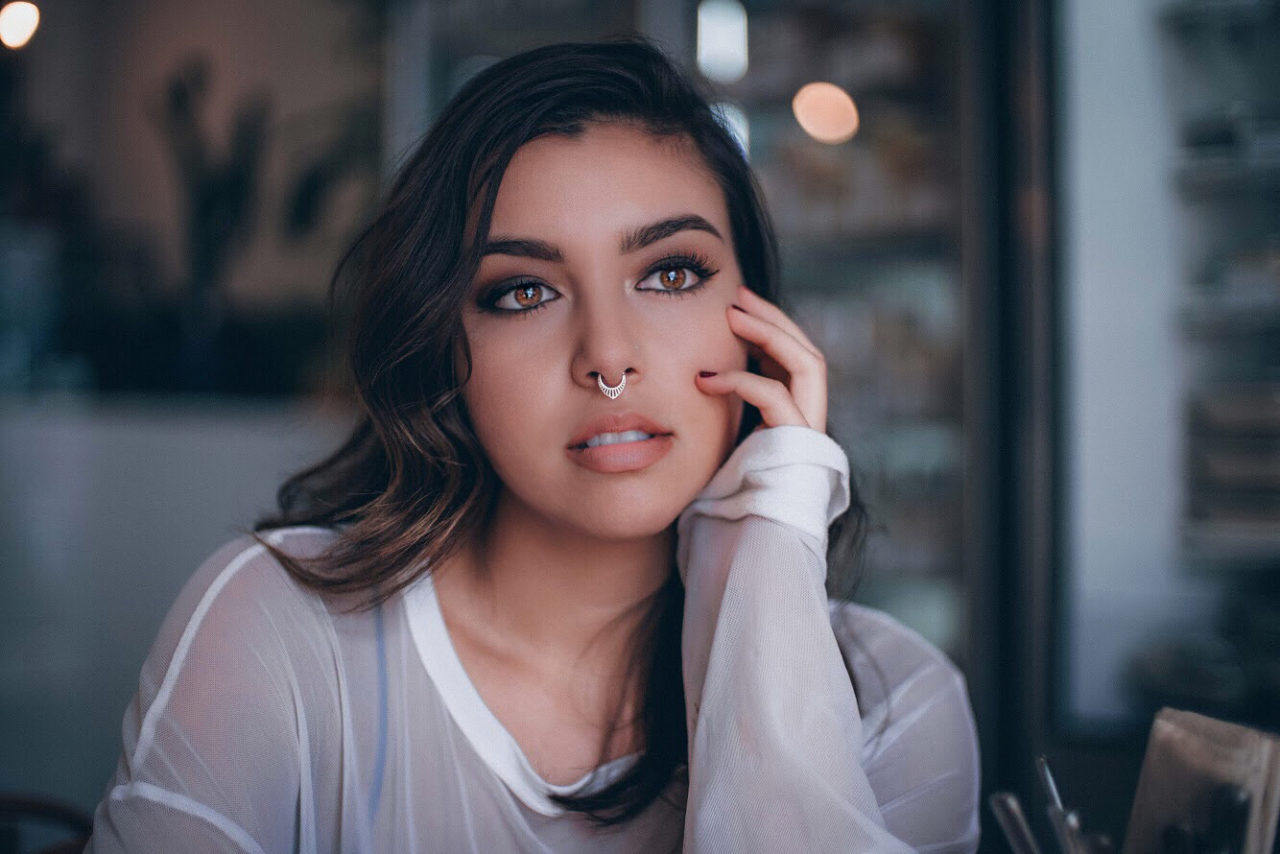 Nicole Diaz gets really excited about whole, healthy food. The once Abu Dhabi-based plant-based chef (she’s back in the US now) regularly entertains her 11,000-plus followers with upbeat Instagram stories on Holistic Hustle, cooking up delicious curries between shots of her dancing in her kitchen, often to Latin music, and singing the praises of everything from grapes to kale.

“If you haven’t ‘massaged’ kale, then you haven’t lived,” says Diaz in one of her steady flow of Insta stories. “It’s so satisfying.”

A fan of the Anthony William’s Medical Medium books and protocols (and a medium herself), Diaz also loves potatoes – as she sometimes professes, maybe a little too much. There’s a big passion for celery juice. And don’t get her started on people who are afraid of eating fruit.

“People look at a banana and say bananas are too high in sugar, carbs, [and that] they will make you fat,” she told livehealthy.ae. “But the thing is, what else are you eating in a day? Let’s hone in on that. Did you have some ice cream? Unfortunately, those are the things that are [causing] weight gain, because of all the chemicals and the additives. Yo, be real with yourself. Really look into what you are eating all day.”

The day we met Diaz and her executive chef husband, Hector Sanchez, was a big one for the pair. The couple were launching a new vegan menu at Wheatfield’s Gourmet Grocer & Cafe in Khalifa City’s Al Rayyana neighborhood. They were recruited by the Emirati owner several years ago, who was a fan of where they were working – the Los Angeles healthy haven Erewhowan Natural Foods – and made the move to Abu Dhabi at his request to open Wheatfield’s.

There were about 20 new dishes, and each one felt like a few moments on Holistic Hustle had come to life. All vegan, all enticing even to a meat-eater: think gluten-free mac ‘n cheese, kale caesar salad and banana pancakes with fruit compote.

The new menu, Diaz says, will work for everyone from the healthy eater to those who are on very strict or specialized diets.

“It’s important to me that we have a community. It’s not just following a fad or a trend, because it’s who we are,” she says. “There’s a guy who drove all the way from Al Ain. He has IBS [Irritable Bowel Syndrome]. He can never go out and just enjoy a meal, and this was the first time he could just come and have a five-course meal and feel comfortable. Now, he drives down here all the time. It’s important to us that we make those kinds of connections.”

Diaz fell into being a vegan chef the same way she originally fell into healthy eating: by accident. She was trying to make it as a makeup artist in Los Angeles, but was wilting due to long hours and what she said was a “terrible” diet. She ended up losing her day job and working the front desk at a yoga studio for a woman who had a raw kitchen upstairs. Broke, Diaz said the one perk of the job was that she got to eat her boss’ food. It unlocked, for her, a previously unknown energy source and prompted her on a five-year journey to find her best way of not only eating, but preparing food for others. Since then she’s lost weight, cleared up her skin, beat depression, tapped into vast reservoirs of joy and tapped into the fast-growing side venture that is Holistic Hustle.

Mostly, she wants people to take back their power when it comes to food, focusing on nourishment and comfort. And vegetables and fruit, of course.

“We are not designed to rise above our desire for food,” she said. “And I think everyone is on this thing where they pride themselves if they go four hours without eating, or they deny themselves sugar for however long. There is a way to comfort those emotions in a healthful, healthy way and not [reduce] food down to what makes you gain weight and what doesn’t. There’s way more healing involved with fruits and vegetables and wild fruit and herbs.”