Menu
Many people attending the F1 in Abu Dhabi this weekend will find that hard to believe, and underestimate how fit Formula One drivers need to be. 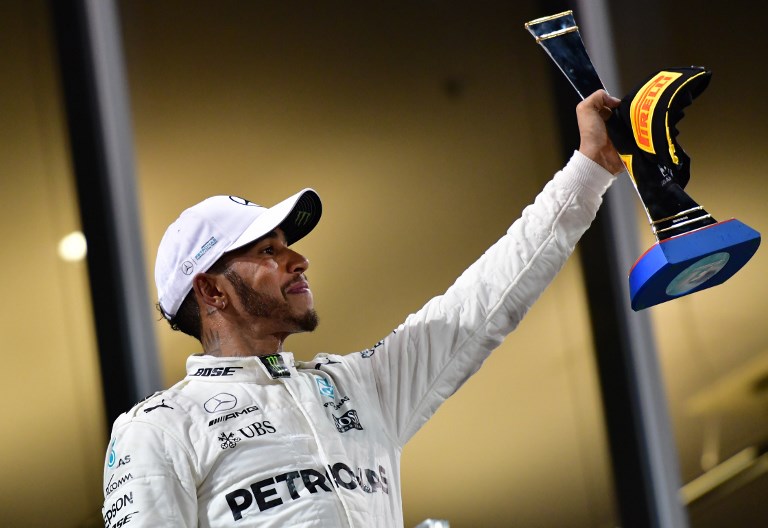 “There is no other sport as physically demanding as Formula One,” Renault driver Heikki Kovalainen once said. Many people attending the F1 in Abu Dhabi this weekend will find that hard to believe, and underestimate how fit Formula One drivers need to be.

Imagine experiencing such extreme G-force that it feels like you’re walking around with an extra 25kg just hanging from your neck — while also wearing a helmet that feels like it weighs 7kg. And feeling like that for two hours — the length of a Formula One race.

Then consider how physically fit you’d have to be – how much of a bona fide athlete – to get behind a steering wheel and drive a race car around a Formula One track. Here’s the bottom line: the 20 drivers who will be competing this weekend in Abu Dhabi at the 21st and last Formula One race of the season are genuine, world class, highly conditioned athletes.

There’s so much strain placed on each rider, and the fitter he is, the less likely for him to succumb to fatigue and a costly lapse in concentration. At the start of their race, each driver’s heart rate will be anywhere between 170 and 190bpm, hovering around the 160 mark before peaking at over 200. Compare that to the normal heart rate of a healthy young male, usually around 60bpm. Maintaining that heart rate for such a prolonged period of time, in what feels like a sauna – drivers sweat up to 3kg of their body weight during a race – means F1 drivers need major core strength and muscle endurance. Their bodies must be specifically adapted to the very exacting requirements of top-flight, single-seater motor racing.

So what goes into preparing for a race and maintaining such high fitness levels? Drivers train six days a week, two times a day, in the months leading up to a race. And their training has to be focused.

“Training is one of the most important aspects of my life,” Lewis Hamilton, the 33-year-old Briton and five-time world champion, has said.

Drivers all undergo an intensive period of cardio training ahead of the season and then taper their exercise regimen to maintain their fitness levels throughout the year. Popular training methods include running, swimming, rowing, hiking and cycling; Hamilton often goes for long runs, bike rides or cross-country skiing.

“I train to quite an intense level because Formula 1 is so physical – the G-forces, the demands on your body, your heart rate. Every year you’ve got to be as light as you can. There’s a certain weight limit, depending on how heavy the car can be. Last year I had to lose six kilos, I went from 73kg to 67kg. It was hardcore; I didn’t have much to lose as it was. So I train a lot.”

Time in the gym isn’t about getting ripped, it’s about crafting your body so it’s capable of standing up to the brutal conditions of an F1 race. Dutchman Max Verstappen, 21, who will be races for Red Bull, says: “It’s better if you’re too fit than just fit enough.” He maintains a schedule of swimming, cycling and running for a total of four hours a day during the three-month off-season.

He says achieving the perfect workout is a difficult balancing act because the modern F1 race driver needs the strength to race, but has to avoid bulk. Weight affects speed, and every second counts.

“We do a lot of exercise using our body weight,” says Verstappen. “You have to focus on doing a lot of exercise with your own body. And not always the same exercises because that gets boring. But extreme fitness guards against mental fatigue during a race, so it’s so important.”

For F1 drivers, the key area to work on is the core, which helps to prevent injury during crashes. A strong neck is also vital to withstand the G-force pressures when cornering at high speed, and accelerating and braking quickly.

Because of that, the muscles that gets the most work in the weight room during training are in the neck, which has to keep the head and helmet upright through all those severe turns. Spanish F1 driver Carlos Sainz, Jr, 24, spends time lying horizontally, with weights strapped to his head. He would typically use what is basically a helmet with pulleys that pull the wearer’s head in different directions that he or she then must resist, building up strength.

Finnish race car driver Kimi Raikkonen, 39, trains his arm muscles by sitting balanced on a gym ball and holding a 3kg weight in front of him like it’s a steering wheel. He then turns the pretend wheel left, right or return to centre. This improves muscle strength over long stretches and reaction times, while enduring the pressure of keeping the weight held out in front of you. Drivers will purposely build up lactic acid in their muscles to help strengthen them to a level which will be required during a race period.

Training focuses on three key areas: core strength, building up endurance and finally, overall athletic strength. Mentally, they are required to improve their hand-eye coordination, concentration and reaction time, so mental activities are incorporated into physical training regimes. A popular training aid is the batak reaction board, where the aim is to hit as many randomly-lit lights on a specially designed board in 60 seconds as possible.

Cauliflower crust pizza has landed in the UAE