Menu
Carole Guigon, 55, ignored a continuous nagging pain in her chest and breathing difficulty for three days — until she started coughing blood. It turns out she was having a massive heart attack. And if she had not gone to hospital, her chances of surviving would have been nil. “It all started with a breathing difficulty and I never really paid attention to it, but when I started to cough blood, I visited the doctor,... 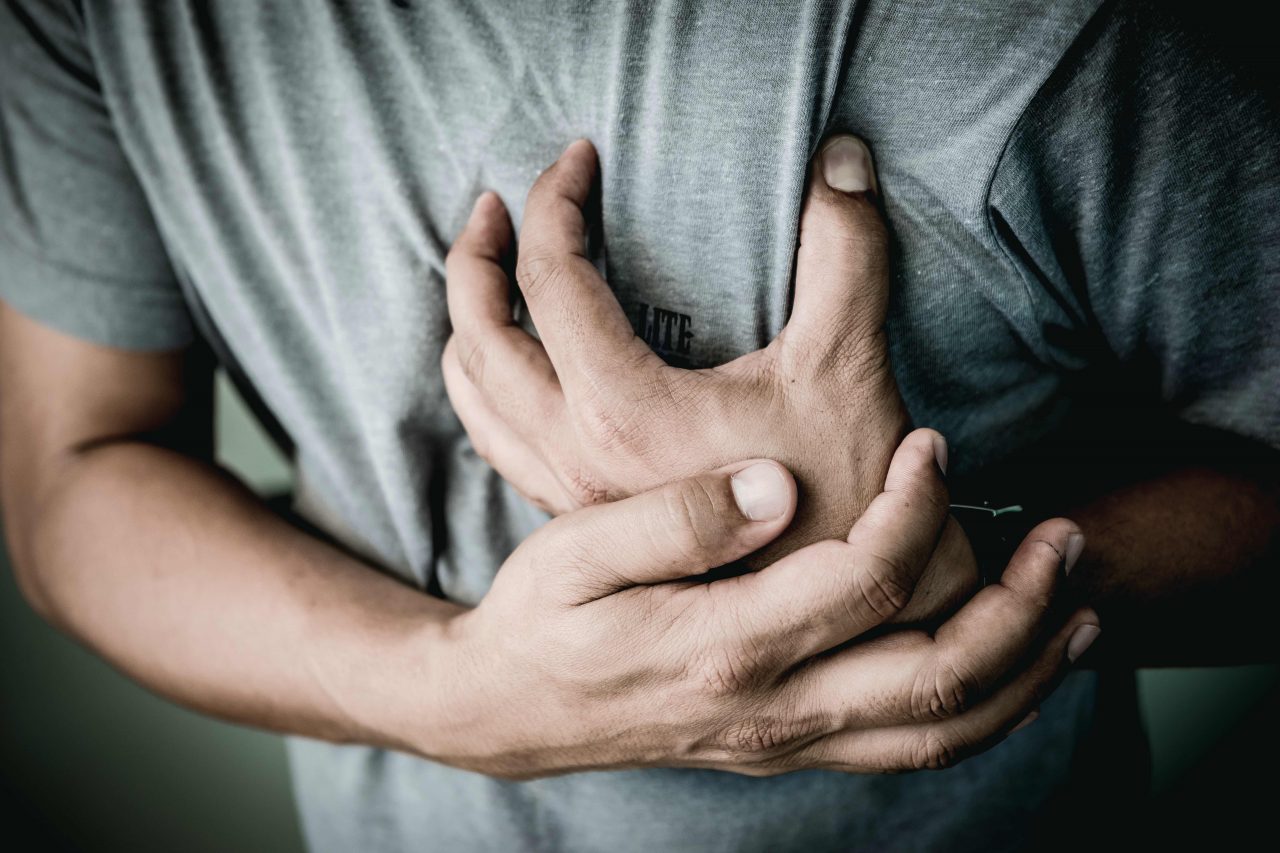 Carole Guigon, 55, ignored a continuous nagging pain in her chest and breathing difficulty for three days — until she started coughing blood.

It turns out she was having a massive heart attack. And if she had not gone to hospital, her chances of surviving would have been nil.

“It all started with a breathing difficulty and I never really paid attention to it, but when I started to cough blood, I visited the doctor, who took me to the emergency room immediately. After evaluation, he admitted me, saying I had a massive heart attack,” said Carole, who is based in Dubai and from France.

“When the hospital performed an angiogram, they noticed there was total blockage in the heart arteries,” she said. “Doctors said this was a severe heart failure as all of my three arteries were blocked, apart from a small branch in the artery. According to them, the small branch kept me alive.”

The doctors performed an emergency angioplasty with stenting to clear the blockage and inserted a tube inside the artery to restore blood.

“A special device, which is a balloon pump, was inserted close to my heart to assist the pumping of the heart, which helped me recover, and I was finally discharged after three days,” added Carole.

Cardiovascular disease is the leading cause of death in the UAE, with symptoms in patients often occurring a decade earlier than their counterparts in other developed nations.

Ahead of World Heart Day today (September 29), a study commissioned recently by Cleveland Clinic Abu Dhabi found that more than half of UAE residents have been affected by heart disease during their lifetime.

The survey of more than 1,000 UAE residents revealed that 55 percent of respondents had been directly affected by heart disease, either through self-diagnoses (12 percent), having a close friend or family member diagnosed with heart disease (53 percent), or both.

“These results make clear the tragic impact that heart disease has on our community,” said Dr Ronney Shantouf, a cardiologist at Cleveland Clinic Abu Dhabi. “Each and every heart disease diagnosis ripples out from the patient to their family and friends, naturally causing a great deal of anguish for all concerned.”

Positive findings in the survey were a strong awareness of the risk factors for heart disease, with 78 percent of respondents saying they understood the risk factors, and 77 percent reporting they knew heart disease was preventable. In addition, more than half of those surveyed were aware that physicians recommend more than 150 minutes of exercise a week to help prevent heart disease.

Dr Amal A Louis, interventional cardiologist at Canadian Specialist Hospital, said that men are more prone to heart attacks compared to women because women are naturally protected from estrogen. “Men at the age of 35 can undergo a health check for the heart. Once women reach their menopause stage they tend to lose protection from estrogen, hence, they too are prone to get heart-related issues,” he added.

In the survey, while the majority of respondents have not had a heart health checkup in recent years, just 15 percent reported they did not have any risk factors for heart disease. The most common risk factors reported by those surveyed were high blood pressure (46 percent), stress (45 percent), cholesterol (44 percent) and lack of exercise (44 percent). In addition, obesity and diabetes, conditions closely linked to severe heart disease, were reported to affect 35 percent and 30 percent of those surveyed, respectively.

Not smoking, at least 150 minutes a week of moderate exercise, screening and controlling cardiovascular risk factors such as hypertension, are recommended steps, he explained.

“A balanced diet that avoids processed meat and fried food, decreasing carbohydrates, decreasing meat intake to no more than 500 grams  per week, having fish twice a week, daily consumption of fruits and vegetables, and a low-salt diet are also steps people should take,” she said.

Dr Louis added: “For a person who is overweight: 300 minutes per week is the ideal time limit for working out, while exercises like brisk walking and slow running helps in reducing heart-related issues.”

He also said that if you are a person who has a lot of stress, you may be prone to get heart-related issues. “One of the best practices to reduce stress is to do yoga that involves breathing exercises,” he added.

According to the experts, it is very important for people with heart disease to take care of their health after a bypass surgery or heart attack by adopting a healthy lifestyle coupled with a strict diet.

“Diet is an important element to be taken care of for a person who has gone through heart-related issues,” said Dr Louis.

He added: “Regular exercising when you have heart disease is important, while people with diabetes, cholesterol, and hypertension or hypotension need to be more careful.”

Smoking should be avoided. Next, taking your prescribed medication is also important. “Most of [patients] tend to ignore their medication after a heart surgery, which is not the right approach,” he added.

Asma Ali Zain is a Dubai based journalist with a field experience of 19 years. She has written extensively on a range of topics and key issues in the region and beyond but her areas of expertise are health, wellbeing and lifestyle writings. She loves tea, cats and sunsets.