Menu
Under majestic palm trees, groups would gather to listen to Prophet Mohammed. Isaac Newton discovered the law of gravity sitting under an apple tree. And it was in the shade of a massive Bodhi tree that a prince found enlightenment and became the Buddha. For centuries great thinkers have found answers to life’s deepest questions in nature, while everyday people have sought both meaning and comfort there.  Trees and the vegetation around them not only provide... 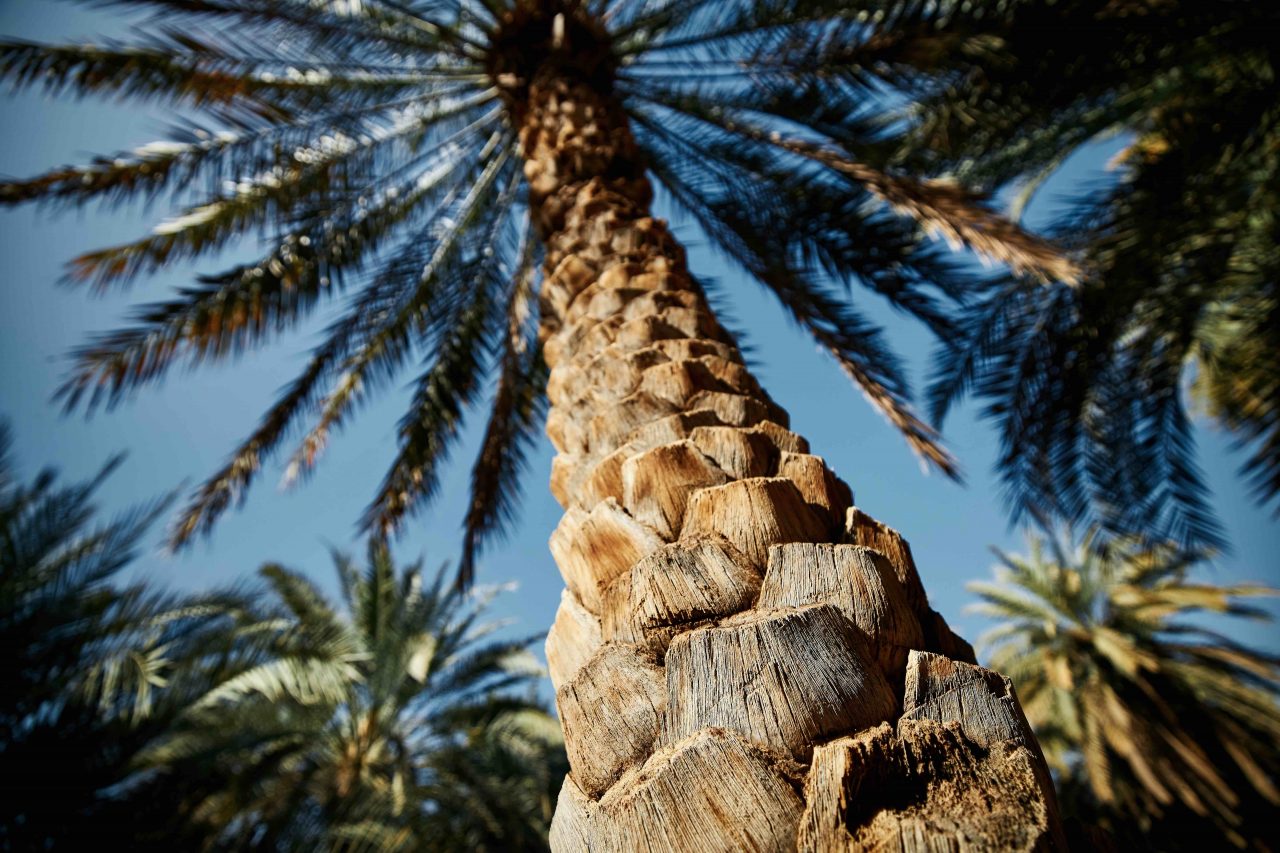 Under majestic palm trees, groups would gather to listen to Prophet Mohammed. Isaac Newton discovered the law of gravity sitting under an apple tree. And it was in the shade of a massive Bodhi tree that a prince found enlightenment and became the Buddha.

For centuries great thinkers have found answers to life’s deepest questions in nature, while everyday people have sought both meaning and comfort there.

Trees and the vegetation around them not only provide beauty, they are also vital to life. They help us breathe and they give us shelter and shade, timber, fuel, food and medicine.

As the Prophet Mohammed said: “If the Hour (the day of Resurrection) is about to be established and one of you was holding a palm shoot, let him take advantage of even one second before the Hour is established to plant it.”

It was almost 50 years ago that Sheikh Zayed summed up the power of greenery and its everlasting impact on wellbeing in what became one of his most famous quotes: “Give me agriculture and I will give you civilization.”

Abdul Hafeez Yawar Khan Al Yousefi, who heard Sheikh Zayed uttered that sentence, went on to become agricultural adviser to Sheikh Zayed and a key part of the mission to make UAE “green.” A horticulturalist known as the “Green Man of Al Ain”, he passed away in 2020.

“The right trees planted at the right time can change a place forever,” said Al Yousefi told Livehealthy in a 2019 interview, when he was 81. At the time he was getting medical treatment in the US, and said he made sure to be around trees as much as he could.

Popularly known as Khan, he earned degrees in agricultural science from both Pakistan and Beirut and arrived in Abu Dhabi in 1962 at the special invitation of Sheikh Zayed, who was then serving as the Ruler’s Representative in the Eastern Region.

“Whenever I met him, he always talked about agricultural projects,”  recalled Al Yousefi. “He kept asking: ‘What should we do next? What do you have on the agenda? I’m keen to see trees, flowers and vegetables everywhere.’ Trees, when they flourish, can change the weather of a country, and heal all those around them. Date palm trees I planted over 50 years ago are still producing fruits and shade that benefit everyone in the country.”

As well as their importance to birds, animals and insects, trees hold a very special place in Islam.

“They are Sadaqa Jariya, charity that lasts beyond your lifetime,” he said.

As the Prophet Mohammed said: “There is none among the Muslims who plants a tree or sows seeds, and then a bird, or a person or an animal eats from it, but is regarded as a charitable gift for him.”

Among the first trees imported to the UAE on Al Yousefi’s advice after he arrived in Al Ain was eucalyptus. Twelve crates of saplings were imported from Australia, specimens carefully chosen to withstand the harsh climate and unforgiving terrain.

Al Yousefi fondly remembered how Sheikh Zayed often stood with a measuring tape by his side to mark the spots earmarked for planting between Al Ain and Al Buraimi.

“His Highness had a country to govern and a nation to build, but agriculture always took center stage,” he says. “It was an uphill battle.”

Under his direction, Al Yousefi set out to plant trees along the roads of Al Ain and Abu Dhabi, to give protection from sands and the wind – trees that remain to this day. They also introduced a drip-drop irrigation system to conserve water, defying odds by planting trees along several kilometers.

“At the time the water used to be 25 to 40 feet below ground. This was the 1960s,” recalled Al Yousefi. “They had to lay a pipeline all the way to Abu Dhabi but due to the rising demand in Al Ain, the water table started to go down. They then used the same pipeline to bring water from Abu Dhabi to Al Ain. These detours were costly and time consuming, but such was Sheikh Zayed’s passion for agriculture that he always made the funds available.”

Sheikh Zayed reformed the barren landscape and was “not convinced” by the British experts who firmly believed that nature would always have the upper hand in this battle.

“His dream was to turn the desert green,” said Al Yousefi.

According to a 2015 study conducted in Toronto, Canada and published in the journal Nature, having trees close by can add approximately 1.5 years to someone’s life.

There is “a significant independent effect of trees on the street on health,” said one of the researchers, psychologist Omid Kardan of the University of Chicago. The study concluded that people who live in areas with higher street tree density report “better health perception and fewer cardio-metabolic conditions” compared with people living in areas with fewer trees.

The calming effect of trees is not to be underestimated. In some countries, such as Japan and South Korea, the government not only maintains  special “healing” or “bathing” forests but is expanding them to improve wellbeing. South Korea’s National Forest Plan and The Japanese Society of Forest Medicine promote research on the therapeutic effects of forests on human health and educate people on the practice of forest bathing.

A 2018 Japanese study on the psychological effects of walking through forests revealed doing so decreased the negative moods of “depression-dejection”, “tension-anxiety”, “anger-hostility”, “fatigue”, and “confusion” and improved the participants’ positive feelings of “vigor” compared with walking through an urban area.

Canada and Finland also have therapy through tree initiatives.

“It has been said that ‘our secret is in our nature’ very literally,” says Katriina Kilpi, co-founder of International Forest Therapy Days. ”When others rely on psychotherapy, Finns have always put on their rubber boots and headed to the woods.”

IFTDays was established in 2018 when two entrepreneurs joined up to champion the bond between people and forests. Kilpi’s background is as a consultant on nature and health, while Heidi Korhonen is a nature connection coach. Their efforts led to community forest healing sessions with visitors from around the world.

“Finland is Europe’s most forested country, with three-quarters of its land area being covered with forests,” Kilpi told Livehealthy in 2019. “Though our forest relationship is traditionally strong, it is also under pressure due to digitalization, urbanization and a lack of perceived direct dependence on the forests.”

However in reality, trees are a life support system.

“Just being around trees has been shown to balance our heart rhythms, lower blood pressure, lower the stress hormones in our blood, decrease negative thoughts and lift our moods,” she said. “Trees provide a feeling of community and comfort.”

• This article was originally published on October 1, 2019.

Your next good habit is sitting on the ground

How the Islamic Golden Age helped my mental health