Menu
The UAE is catching up with the rest of the world when it comes to podcasts and there are a growing number of offerings that will help you nurture your body and soul. Check out our list of the top 13 here, curated according to the following criteria: each podcast is current and produced regularly, with relevant interviews, experts and commentary.  The livehealthy.ae Podcast We’re a bit partial to our own podcast, which the team... 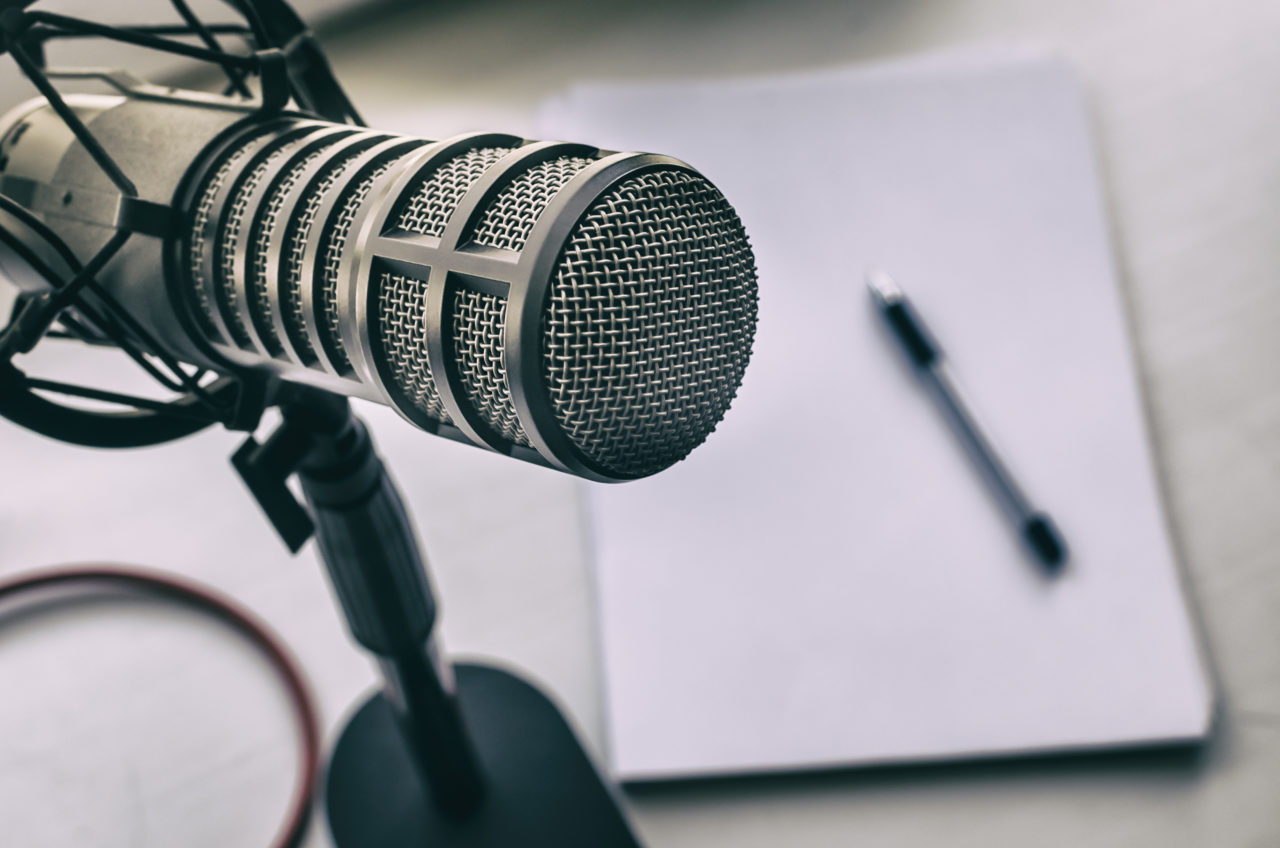 The UAE is catching up with the rest of the world when it comes to podcasts and there are a growing number of offerings that will help you nurture your body and soul. Check out our list of the top 13 here, curated according to the following criteria: each podcast is current and produced regularly, with relevant interviews, experts and commentary. 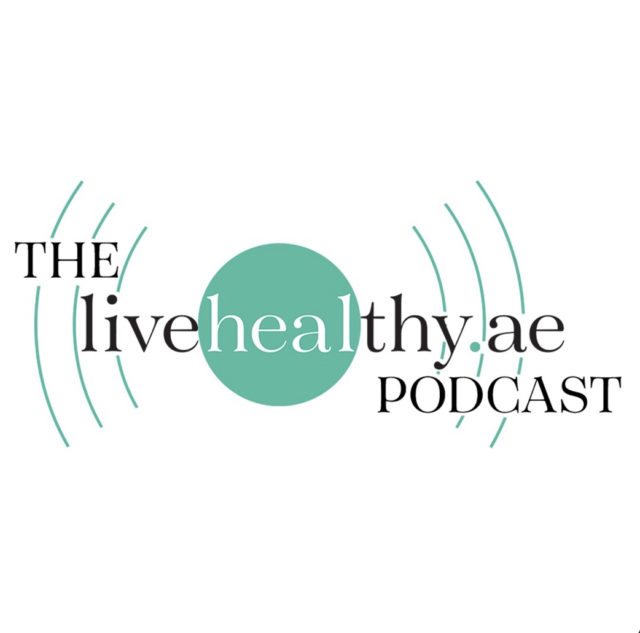 We’re a bit partial to our own podcast, which the team launched earlier this year at the start of the Covid-19 pandemic. Hosted by livehealthy.ae editor Ann Marie McQueen and produced by multimedia editor Issa Salem, this weekly podcast launched in 2020 features interviews with a wide-ranging field of guests from the UAE and broader region – including, so far, a dentist, a vet, a nutritional therapist, a resilience practitioner and a hypnotherapist, as well as a yoga teacher and gym founder. All have a common goal: to help us feel better mentally and physically, no matter what’s going on in the outside world.

B for Better Health 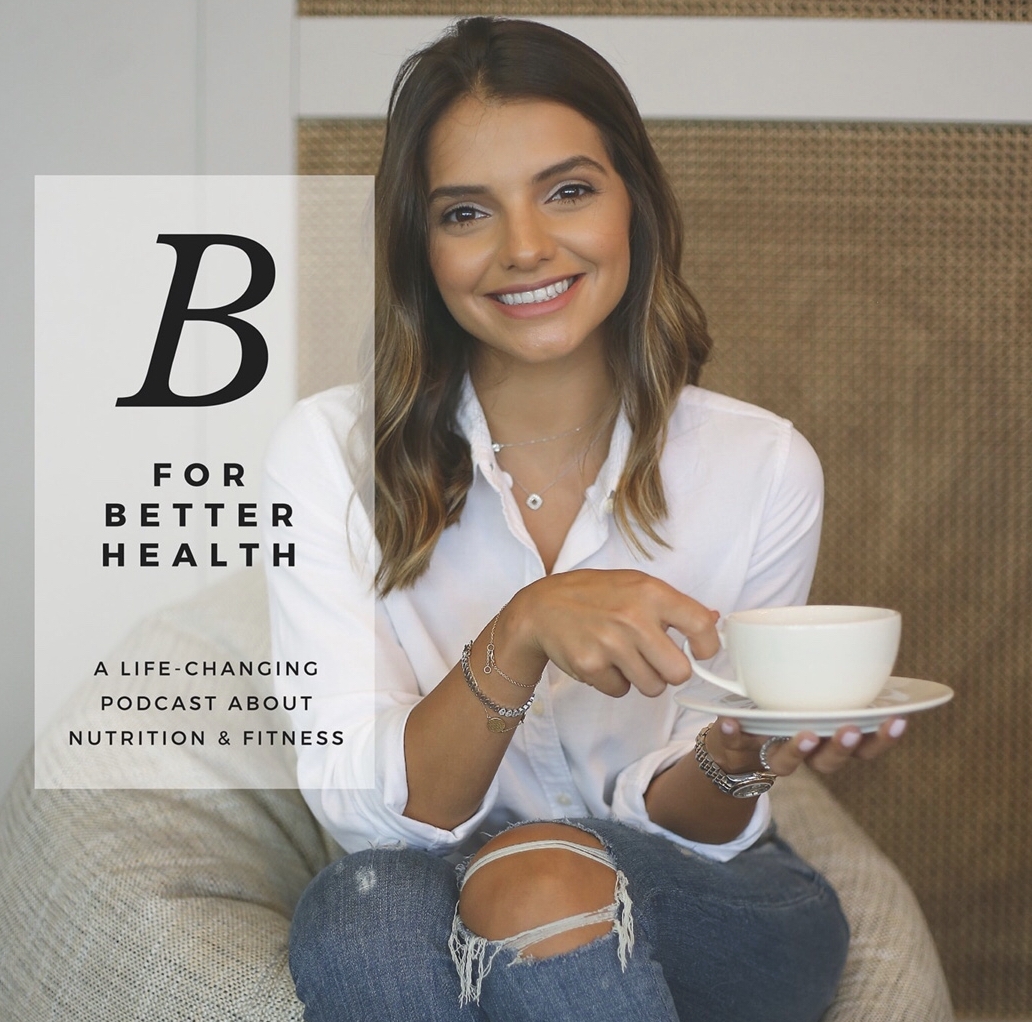 Baraa El Sabbagh is a dietitian, sports nutritionist, personal trainer and cookbook author and in addition to writing for livehealthy.ae, she’s also a prolific podcaster. Launching B for Better Health in November 2018, she’s tackled everything from overcoming gym anxiety to binge eating to exercising during Ramadan to building a morning routine. She’s even had her husband Ali on to talk about how to manage eating with your partner. 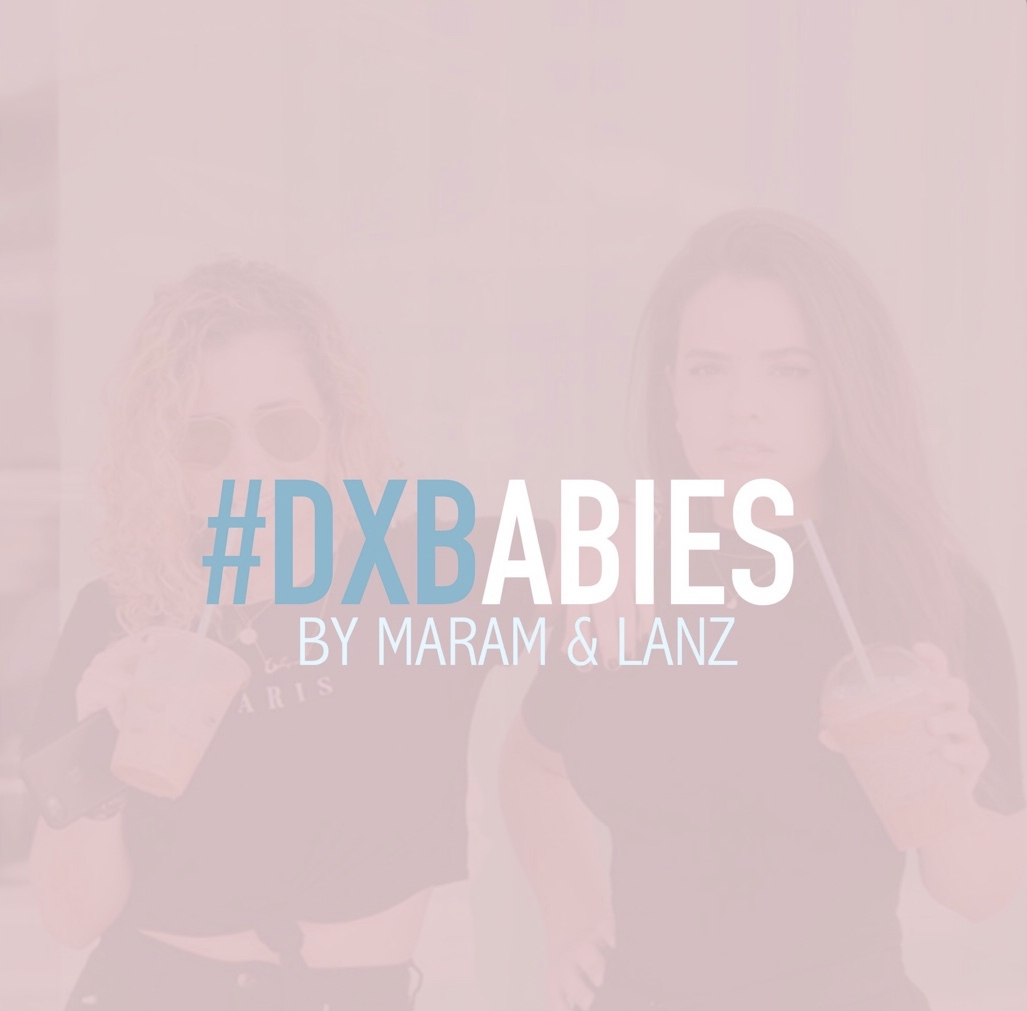 Friends and former colleagues Lana Makhzoumi, who is Lebanese-Syrian-American and born in Dallas, Texas, and Maram El Hendy, who is Palestinian-Algerian and grew up in Abu Dhabi, come from completely different backgrounds. The resulting chemistry goes part of the way to explaining why the two Dubai-based friends in their mid-20s shot to the top of the podcast charts when they launched DXBabies in 2019. The pair consistently get very real with each other, talking about breakups, social media addiction, work troubles and more on their weekly episodes, which they admit can be like therapy as much for them as for their listeners. Kindness and positivity are guiding lights, both as individuals and as a podcasting team. “We want content that is actually going to help people and make them feel they’re not alone,” says El Hendy. “None of us is perfect, we’re all trying to learn here.” 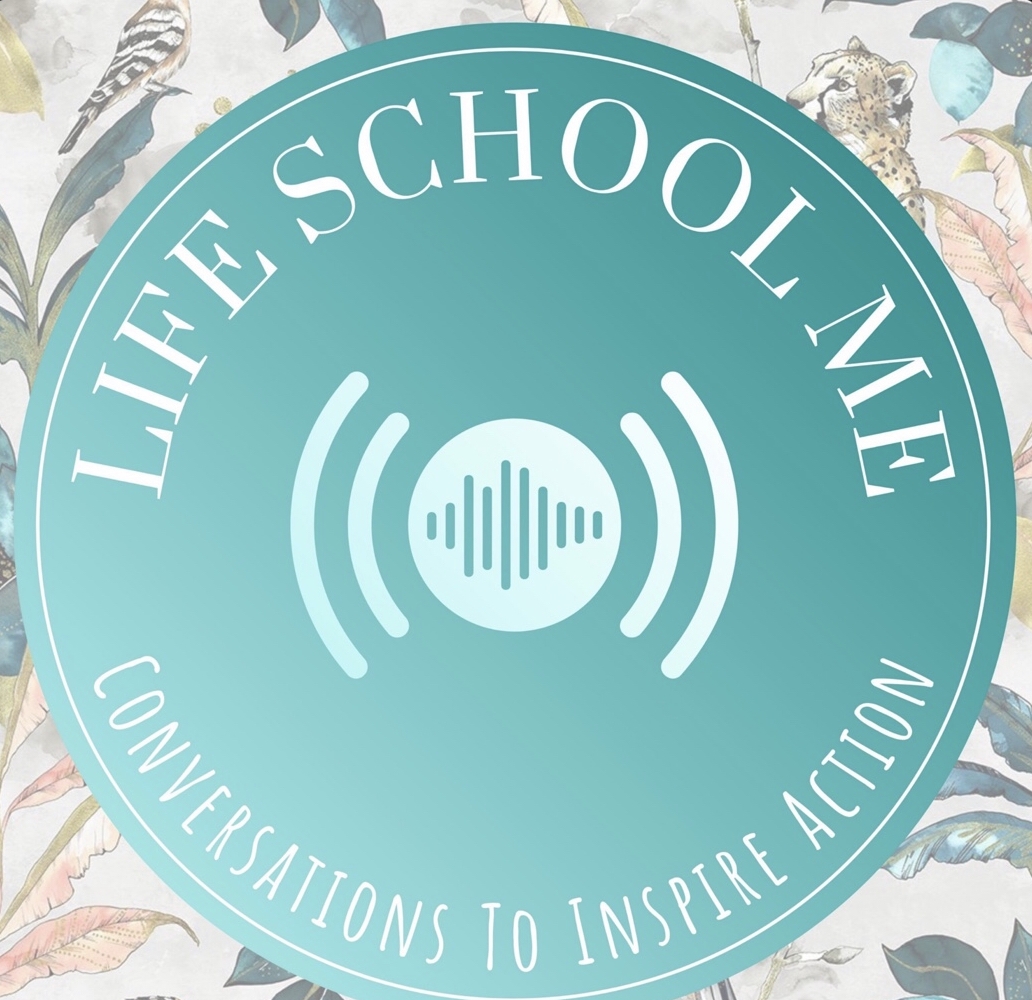 Peta Al Akawi, a PR and communications consultant, offers this piece of advice on her podcast: “Remember, everything you go through, grows you.” Launched in June 2019, the twice-monthly show is heavy on female coaches, including co-founder of Thrive Talks, Farida Gilmore, and hypnotherapist Maria Tansey. Among the gems from Tansey’s interview: “If I did fix all these things then I would have to make a change” (a common fear Tansey has seen in her work) and “All beliefs are limiting – it just depends on when they are helpful or not.” Other guests have included the UAE’s first grey model Caroline Labouchere, a popular voice on the UAE podcast circuit, and Dubai’s Caroline Leon, who had to learn to walk again after experiencing an outdoor rock climbing fall. There’s a bonus round at the end, when Al Akawi asks for favorite quotes, apps and life lessons. 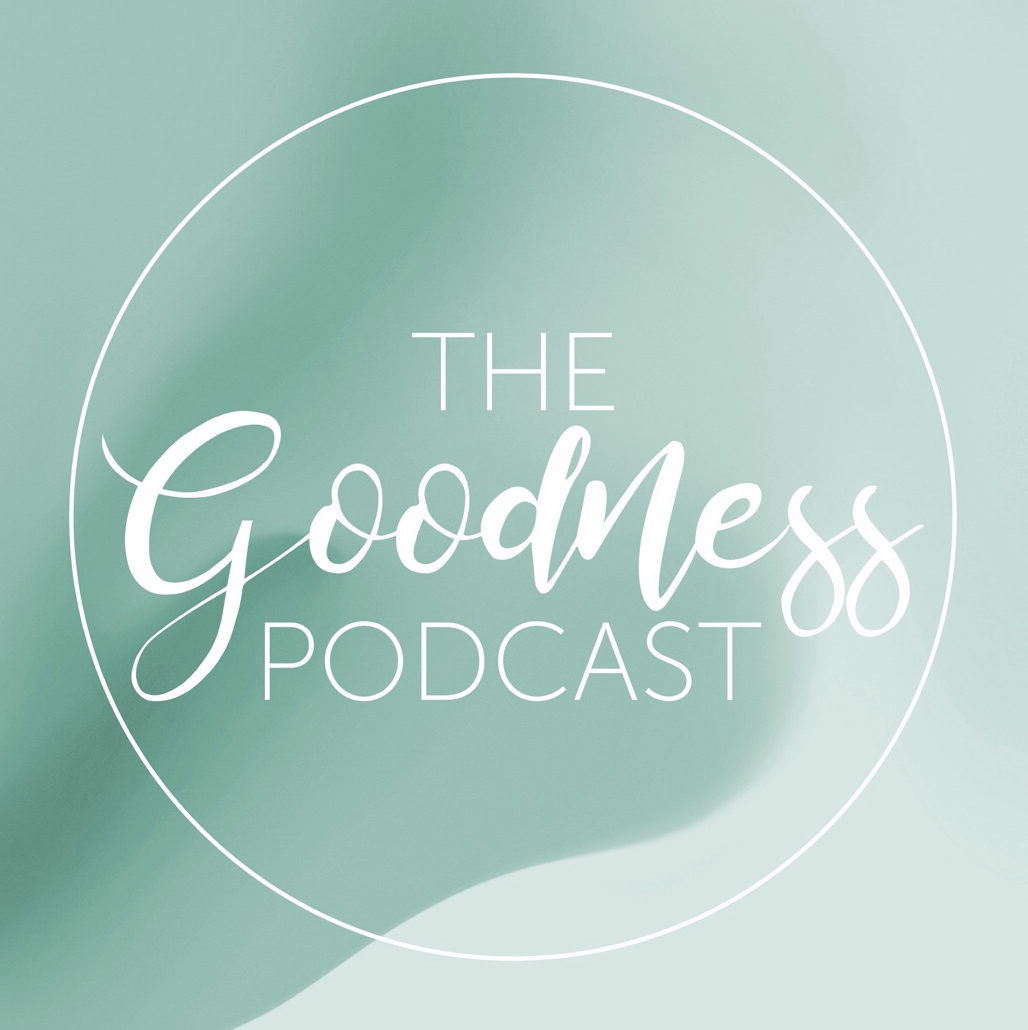 The Goodness Podcast was launched in January 2020 and, like the website, it focuses on celebrating and supporting women living in the Middle East. Goodness co-founder Noor Tehini did not bother with the softly-softly approach but dived right in to the weekly series, tackling tough topics including orthorexia, postpartum anxiety and depression, how to build a stronger marriage and coping with burnout. “Unfortunately I think our culture is very much prone to nurturing body dissatisfaction and eating disorders,” said Carine El Khazen, vice-president of the Middle East Eating Disorders Association, on a recent episode. “Because there’s a huge pressure on the Middle Eastern woman to be very beautiful, very thin and very perfect in all areas of her life.” 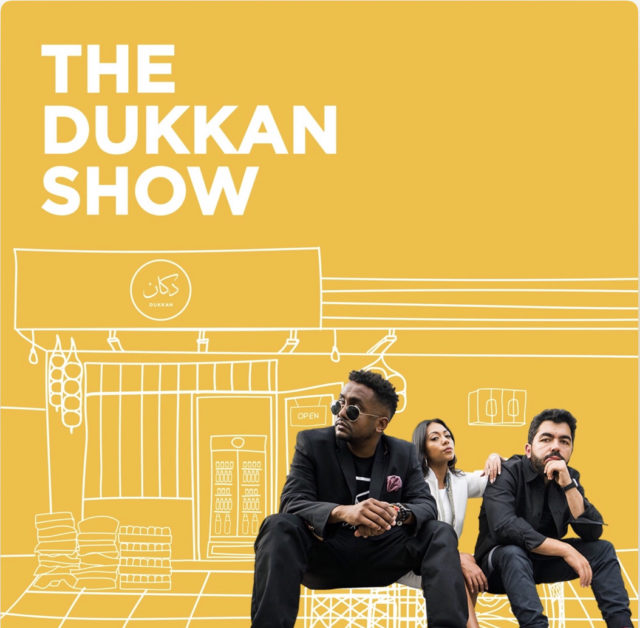 This weekly podcast is all about being a “Neo-bedouin,” a third-culture kid or simply the kind of person who feels as though they can fit in everywhere and nowhere, all at the same time. And that’s something many residents of the UAE will find both comforting and relaxing. With slick production values and a generous conversational style between hosts Omar Tom (OT), Reem Hameed and Mohamad Akkaoui, The Dukkan Show opens a window into how much pressure there is on 20- and 30-somethings to accomplish something big and do it fast. On a recent show the trio explored the pervasive issue of anxiety and how to deal with it, adeptly steered by Hameed. While the guys talk about a tactic of imagining worst-case scenarios and then planning for them, Hameed says her defense mechanism of choice is positivity. “When I’m daydreaming, this is a space where I’m not allowed to be negative,” she says. Gratitude, burnout and starting from scratch are some past topics that make this podcast a healthy listen. There are music mixes, too. 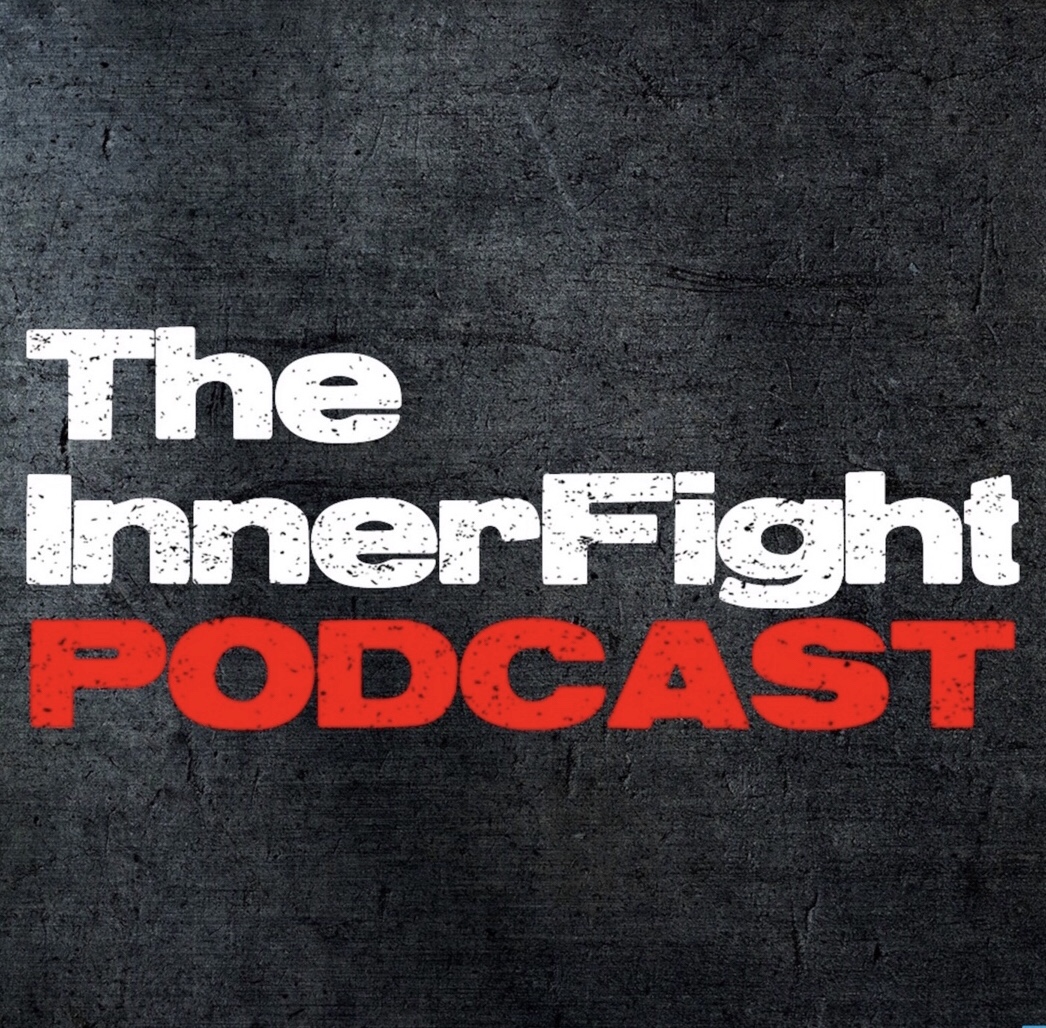 Marcus Smith, who retired from playing professional rugby in 2010, went on to become a high-performance coach, launch the performance company/gym Innerfight and the food delivery Smith St Paleo. He’s still a fierce competitor and ran 30 marathons – one per day – during the 2018 Dubai Fitness Challenge. As one might expect from someone who knows how to hustle like Smith, his podcast is not only long-running (500+ episodes) but consistent. (We wish he’d sort out his sound levels, but it’s a small quibble compared to the tsunami of free and valuable content he’s offering.) It’s also relevant: in addition to interviews with lots of local movers and shakers, Smith tailors his material. For example, during the hot months, he focused on how to adapt outdoor workouts – incidentally, did you know bloating is a common side effect? – to make them suitable for indoors.

This weekly offering comes from Tatiana Antonelli Abella, founder and managing director of the social enterprise Goumbook. Each monthly episode brings an interview with a changemaker in the UAE’s sustainability field. Guests have included the general manager of Dubai’s PierChic restaurant, Luca Gagliardi, who discussed sustainable fine dining, and Elena Kinane, founder of Greenhart Farms, for a discussion on organic farming in the UAE. Neutral fuel, food waste and sustainable landscaping have also been covered. Antonelli Abella brings everyone into the conversation: in episode 3 she speaks to Alex Malhouf, regional corporate communications manager for Proctor & Gamble, who told her sustainability was a collective responsibility. “We need to make it easier for consumers to do the right thing,” says Malhouf.

The Two Vegans is hosted monthly by Chirag Desai, founder of the podcast network, Ameaya FM, and Heetal Bhatia, a marketing manager who runs a vegan store. They interview important players such as Ian Ohan, founder of Freedom Pizza, and Tom Ellis from Plant Power. They talk about their personal preferences (vegan cheese has been a recurring topic) and relay news from the vegan world, including sustainable growing and farming practices. There’s great intro music, good sound and an awesome tagline: “No animals were harmed in the making of this podcast.” Although they sometimes veer off-topic and Bhatia talks very, very quickly (we’d love to tell you the name of her online store, but we couldn’t catch it), this podcast is not only engaging but provides a much-needed local focus to a fast-growing space.

Author and blogger Courtney Brandt, who runs the foodie website A to Zaatar, has a well-established podcast with new episodes every Monday. As the title suggests (CSR stands for corporate social responsibility), this podcast focuses on what drives busy individuals to take on major charitable initiatives. While Brandt wants to draw attention to the various examples of good works by local heroes, she also hopes to inspire listeners to think about how they can make a difference themselves. Have  some tissues handy, because these are powerful and heartwarming stories. Guests have included Kelly Harvarde, who talked about her Ramadan Fridges initiative. One of her favorite memories is of the time one of the drivers they’d been working with all month turned up at her door on the last day of the Holy Month with a meal from Burger King. Harvarde recalls, “He just said, ‘I want to thank you, I’ve bought a meal for you. You fed us for the month.’” 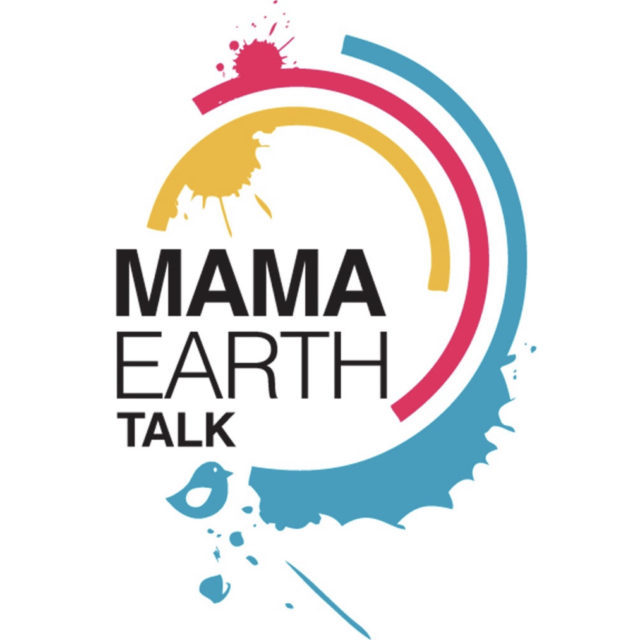 This podcast was launched by the South African artist and environmentalist Mariska Nell, whose exhibition at 2019’s Dubai Design Week included a lamp she made from 913 used Nespresso pods. She also teamed up with Marita Peters, executive director of the non-profit water organization, Surge for Water, for the 30-day Waste Me Not campaign. During the challenge both women wore dresses containing all the trash they produced. Peters has been among the lineup of interesting guests featured on the Mama Earth Talk, which includes eco-warriors, business owners and other local experts in the field. Mama Earth Talk informs, educates and entertains listeners on a variety of topics dealing with sustainability, including the importance of reducing food waste, cutting down on plastic and recycling, as well as turtles, electric vehicles and eco-friendly mattresses. Nell opens every podcast with this cute greeting for her listeners: “Hello crazy birds.” 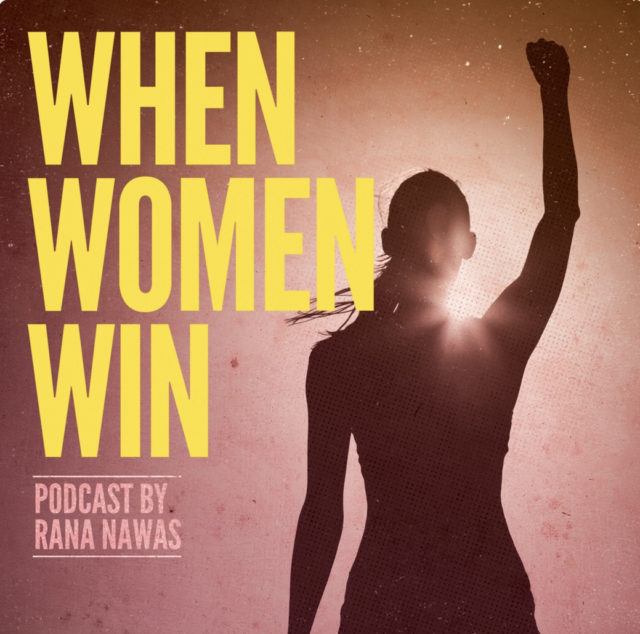 If your heart doesn’t soar just hearing that title, then you’ll be sold as soon as you tune in. Hosted by Dubai-based entrepreneur Rana Nawas – one of the best interviewers on this list – this podcast features twice-monthly inspirational interviews with fascinating, driven and forward-thinking women who have great advice for business and life. Recent guests have included Najla Al Midfa, chief executive of Sharjah’s entrepreneurship-building entity Sheraa. She talked about her experience with cultivating resilience and quoted Rocky Balboa: “It’s not about how hard you hit but about how hard you can get hit and keep going.” After missing out on a job at the global management firm McKinsey & Company in Dubai when she was 21, she tried again years later in New York, after getting an MBA, and got in. “If you take everything personally, your self-worth is going to be hurt every time someone says no or things don’t go your way. Life becomes really difficult,” she says. “But if you actually see this as a challenge and don’t take it so personally, I find that it actually becomes exciting.” 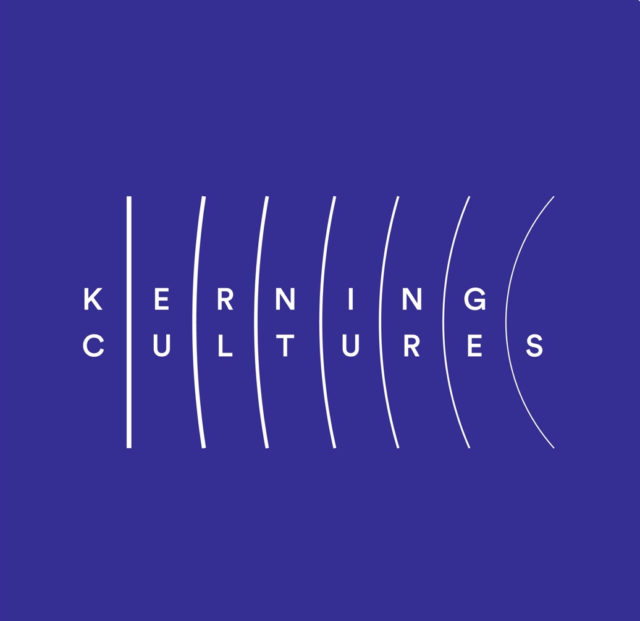 This podcast company is the first in the Middle East to get venture capital funding, and has gone on to launch multiple Arabic and English shows. We still love the mind-expanding, sometimes heartbreaking, original podcast – occasionally broadcast in Arabic – that offers something that’s rare in this region: long-form packaged storytelling rather than interviews. The result, which is now produced seasonally, is more like a short radio documentary, with stories from across the Middle East “and the spaces in between”  told carefully and responsibly. Don’t miss the love story of a maid from the Philippines and the man she married in Lebanon, or the impact of Iftah Ya Simsim (the Arabic Sesame Street) on one young Saudi boy. Expect alternative takes on a wide range of topics, including hijabs, female anti-radicalization movements and a drive to revive the Yemeni coffee industry.

All podcasts available on Apple podcasts and various other podcast providers. Did we miss any? Let us know in the comments, on our social media or by emailing [email protected]

Ann Marie McQueen is a journalist with 20 years of experience working in North America and the UAE, much of it as a writer, editor and columnist focusing on the areas of physical and mental wellness...

How to grow your own food at home