Menu
Golf courses are legendary for fairways, bunkers and holes in one — and they’re also a place where business decisions are made every day.  But this week, the UAE’s golf courses will be helping two players raise money for a much more worthy cause. The first-ever 18 on Eighteen event will see two friends drive 540km around the country to play 18 different holes, at 18 different UAE golf courses, in one day — all... 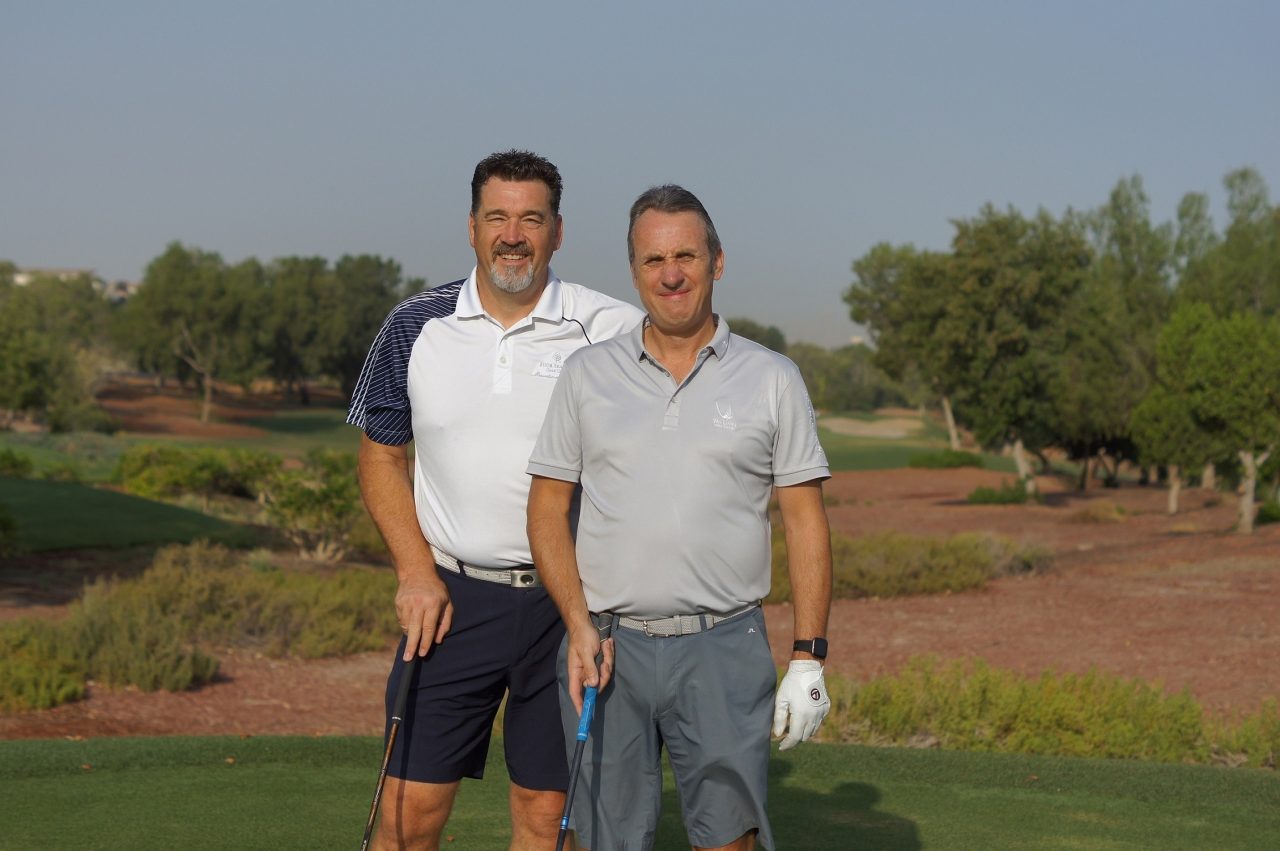 Golf courses are legendary for fairways, bunkers and holes in one — and they’re also a place where business decisions are made every day.

But this week, the UAE’s golf courses will be helping two players raise money for a much more worthy cause. The first-ever 18 on Eighteen event will see two friends drive 540km around the country to play 18 different holes, at 18 different UAE golf courses, in one day — all in the name of charity.

Friends of 15 years and golf enthusiasts Simon Mellor and Edward (Ted) Bloom are taking on some of the best courses in the UAE on May 3, when they’ll be aiming to complete an epic par 72 challenge. Their reason for taking on such a feat? To raise money for families affected by cancer, with every dirham going to Friends of Cancer Patients (FOCP). Mellor is also using the event to raise awareness of leukemia, which he describes as the fourth most prevalent cancer disease in the UAE after breast, prostate and colon cancers.

It’s a topic that’s close to home for Mellor. Following a routine women’s wellness screening in March last year, his wife Paula was diagnosed with an early form of leukemia. After being told she had two years to live, the family looked high and low for new ways of recovery. Following months of chemotherapy and a bone marrow transplant in the UK, where she had to be in complete isolation and kept away from family.

“Fortunately, we appear to be winning our particular battle, but equally we know that other families do not have such a positive outcome. That led to us wanting to do something in the fight against this terrible disease,” said Mellor. “For me, this process is a part of a journey that I haven’t contributed to — it’s been really hard being remote. But I’ve had an ongoing partnership with FOCP and I felt we had to do something. We’ve come up with a crazy notion that we don’t think anyone has ever done before, which is to play golf across five emirates.”

The unique 18 on Eighteen challenge will use the Texas Scramble method of play, consisting of four players. Whoever plays the best ball, the group of players continue to hit from that point. It leads to a fast-paced, competitive session that will fit into their logistical journey, which they confirm will need to be completed before sundown.

The four players will include both Mellor and Bloom, plus two players from each of the sponsors of the hole. They can’t decide which course or emirate they are looking forward to playing the most, although Bloom is excited about the ninth hole on the Majlis at The Emirates Golf Club. They’ll follow in the footsteps of Tiger Woods, Sergio Garcia and Tommy Fleetwood — before the course is dug up.

“We’ll be the last ones to play a four-ball on it after 35 years,” said Bloom. “To make it more special we will hopefully be walking that hole with Simon and Paula’s daughter.”

Bloom added that golf had created a special bond for the two players, especially during the Covid-19 pandemic.

“It’s been our release, he explained. “I think the overriding opinion among golfers I’ve spoken to is that we have created a great scorecard and great reflection of what golf in the UAE is.”

His wife, he added, showed no symptoms for a considerable amount of time, other than tiredness. “We believe she may have been fighting this for two years before the diagnosis, so it’s really important to get checked every six months.”

The event itself is also about getting the general public involved and they’re offering a chance to win what they are calling “the ultimate prize in UAE golf.”

With the help of local golf course operators and the region’s wider golfing fraternity, prizes up for grabs include a set of custom-fitted clubs, coaching lessons for a year, access to hospitality at three leading professional events, plus a round of golf with three friends at each of the 18 courses. To enter, guess the final score of the event and make a Dh100 donation to the nominated charity via 18onEighteen. All donations will be routed directly to Friends of Cancer Patients.

Your health depends on mind training

Want to boost your immunity? Here's what to eat 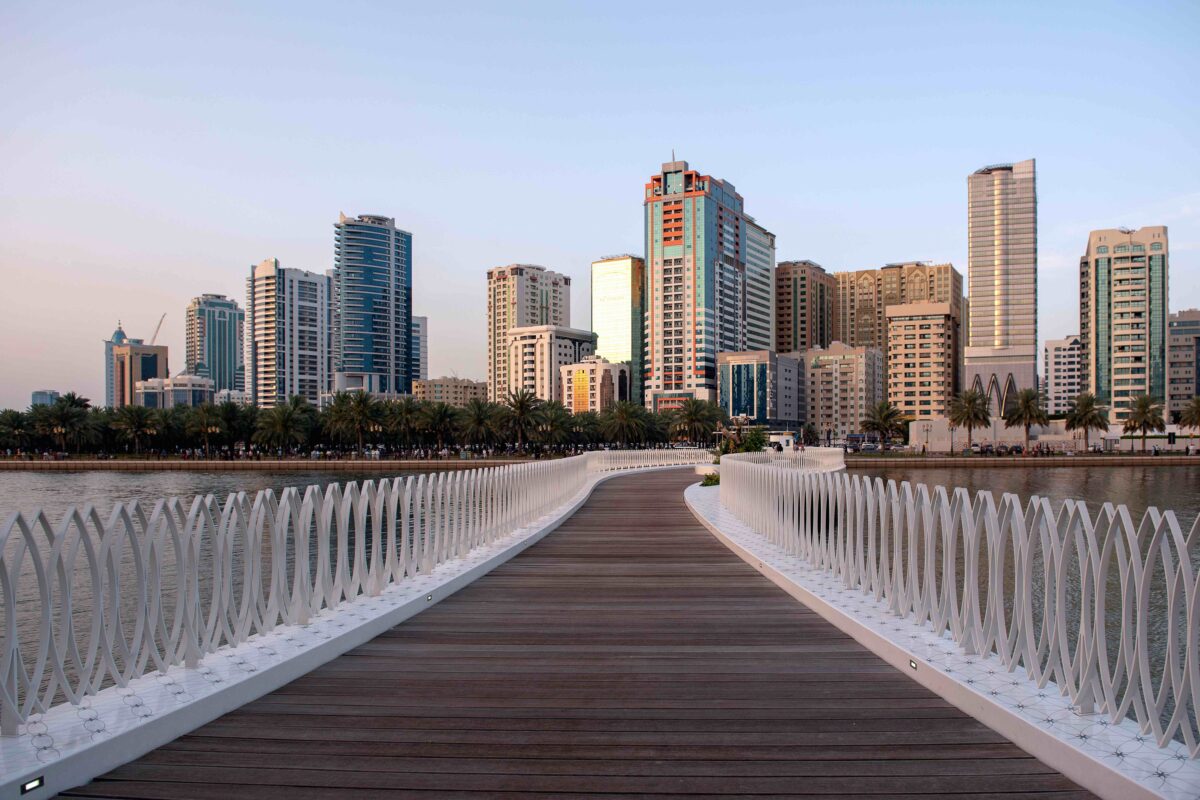