Menu
Few people lucky enough to live in the developed world, safe within the protective armour of modern sanitation, clean drinking water, decent nutrition and first-rate healthcare, will have heard of many of the 20 conditions categorised by the World Health Organization as “neglected tropical diseases.” Thankfully, they are spared the horrors of such life-altering conditions as dracunculiasis, Buruli ulcer and chistosomiasis. Yet between them these diseases and others like them, thriving in populations mired in... 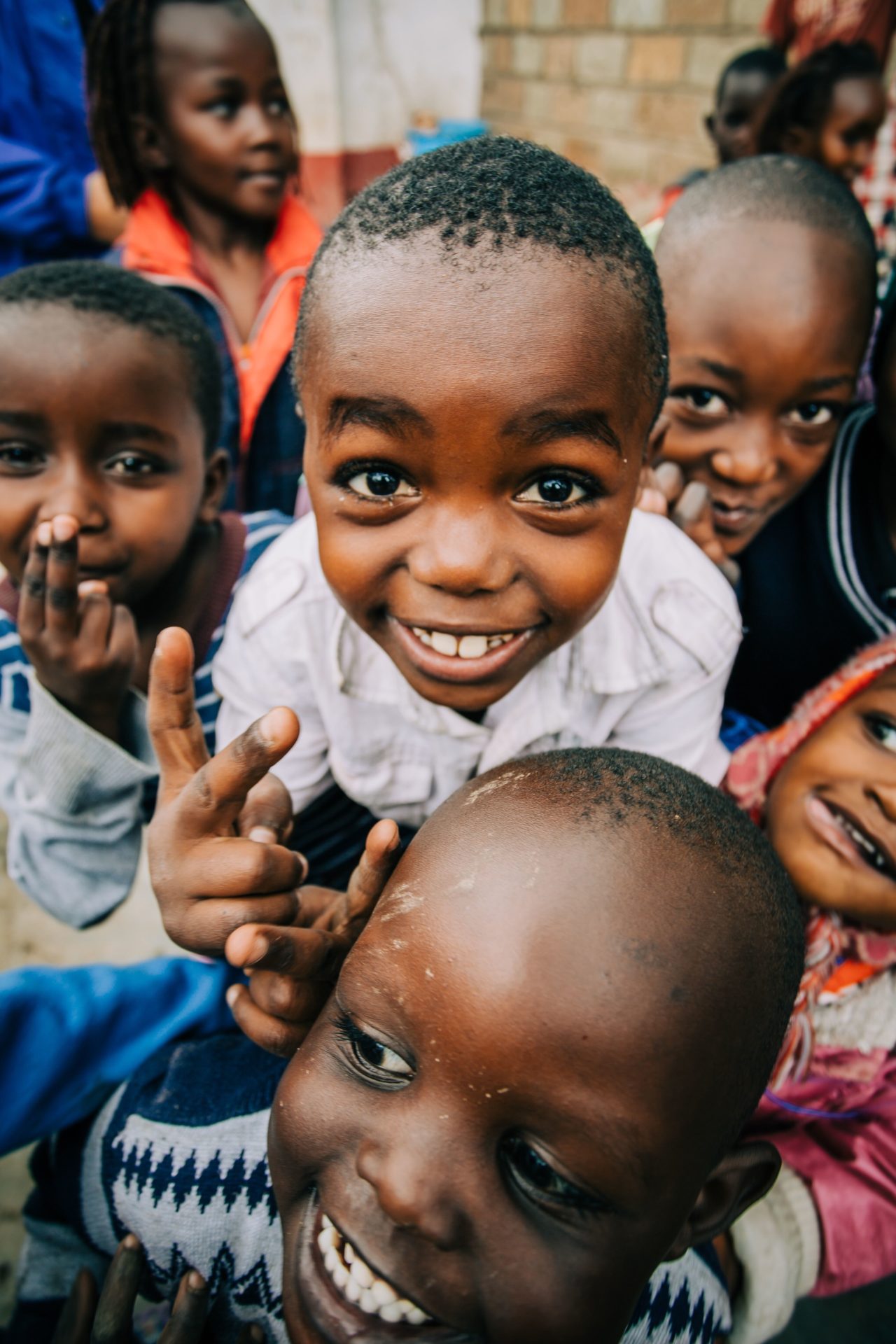 Few people lucky enough to live in the developed world, safe within the protective armour of modern sanitation, clean drinking water, decent nutrition and first-rate healthcare, will have heard of many of the 20 conditions categorised by the World Health Organization as “neglected tropical diseases.”

Thankfully, they are spared the horrors of such life-altering conditions as dracunculiasis, Buruli ulcer and chistosomiasis. Yet between them these diseases and others like them, thriving in populations mired in poverty without the means to effect basic preventive measures, blight the lives of more than 1.5 billion people — one in five of the world’s population — and simultaneously hold back the economies of the 149 tropical and sub-tropical countries in which they prevail.

Over the past two decades some progress towards global equity in healthcare has been made, inspired by initiatives such as the United Nations’ Millennium Development Goals and its even more ambitious successor, the 17 Sustainable Development Goals adopted in 2015.

Between 2000 and 2017, for example, the number of deaths of children under the age of five fell from 9.8 million to 5.4 million. Over the same period the global incidence rate of tuberculosis fell by 21 percent, while determined vaccination drives around the world saw an 80 percent drop in the number of deaths from measles, saving an estimated 15 million lives.

Overall, says the World Health Organization, the number of people worldwide who needed treatment and care for neglected tropical diseases in 2016 was 1.5 billion, a substantial fall from the two billion affected in 2010.

But although these statistics represent great victories, they also mean that millions of lives are still being ruined or cut short unnecessarily, especially in sub-Saharan Africa and Southern Asia.

It was to close that gap between the privileged and the under-privileged, and to speed up the eradication of diseases that thrive chiefly on poverty, that in 2017 Abu Dhabi launched Reaching the Last Mile, an initiative designed to bring the 20 neglected tropical diseases to the world’s attention and raise money to ensure that progress towards their elimination was maintained right to the end of that crucial and most difficult “last mile” in the journey toward the total eradication of a disease.

The project was launched with an announcement by Sheikh Mohammed bin Zayed, Crown Prince of Abu Dhabi. Together he, the Bill and Melinda Gates Foundation and the British government established a new, £100 million fund to drive the elimination of two particularly insidious diseases rife across the Middle East and Africa: onchocerciasis, also known as river blindness, and lymphatic filariasis, or elephantiasis.

In November, the biennial Reaching the Last Mile forum returned to Abu Dhabi, once again bringing together world leaders, experts and dedicated philanthropists, including Bill Gates, to take stock of progress, draw global attention to the issues and renew funding commitments. It’s also when the UAE announced that a first World Neglected Tropical Diseases Day would take place on January 30.

Money is, of course, all-important – it is, after all, poverty that creates the perfect breeding ground for many of these diseases, and prevents poor nations from mustering an effective response without support.

“Good health and wellbeing,” the third of the WHO’s 17 Sustainable Development Goals, graphically makes the point that not only is money vital for funding the painstaking, on-the-ground work necessary for tackling preventable diseases, but also that such investment has the additional benefit of clearing the way for economies to grow.

The WHO says that if $1 billion were spent on expanding immunization coverage against influenza, pneumonia and other preventable diseases, we could save the lives of one million children lives each year.

That, clearly, is a moral goal worth pursuing in its own right, and at the Last Mile gathering in Abu Dhabi, governments, charities and philanthropists committed $2.6 billion to the effort to stamp out the polio virus, which is stubbornly clinging on in Afghanistan and Pakistan.

But the other side of the coin, equally important for generations of children to come, is that in the past decade improvements in heathcare have driven a 24 percent increase in income growth in some of the world’s poorest countries, transforming sick economies into healthy trading partners capable of managing their own health issues moving forward.

The scale of the impact that can be achieved by improving basic healthcare was demonstrated in October when the Nobel prize for economics was shared by three US economists singled out “for their experimental approach to alleviating poverty.” Among them was Michael Kremer of Harvard University, whose fieldwork in western Kenya in the 1990s demonstrated beyond doubt that treating children regularly with de-worming tablets to fight a range of infections was a relatively cheap and highly effective way of improving their health, school performance and life chances.

Reaching the Last Mile also recognizes the importance of other strategies in the war on preventable disease. It is vital to encourage research to ensure the continuing flow of fresh ideas and medicines to invigorate and support the work on the ground, and to that end the UAE is launching the Global Institute for Disease Elimination (GLIDE) “to accelerate progress towards disease elimination.”

GLIDE, which will be based in Abu Dhabi, will focus on five diseases that, in theory at least, are close to being eliminated: polio, malaria, river blindness, lymphatic filariasis and measles. However, although the world is much closer than ever before to eradicating each of these conditions, Simon Bland, the head of the institute, warned that now was no time for complacency.

“The world has eradicated only one human disease – smallpox,” he said ahead of the Reaching the Last Mile Forum in Abu Dhabi, “and while we may be close to eradicating [these other diseases], it will need persistence and continued commitment to get to the end point.”

The distance between that end point and where we are now is the metaphorical “last mile,” and one other vital element of Abu Dhabi’s Reaching the Last Mile initiative is its recognition and encouragement of the foot soldiers of public health who are selflessly fighting the fight, day in, day out, on the ground.

This year the forum saw the second round of its REACH awards –Recognising Excellence Around Champions of Health. In 2017 the first winners included former US president Jimmy Carter, whose Carter Centre had been prominent in the increasingly successful war against Guinea worm disease, a painful condition caused by a water-borne parasite, and Regina Lotubai, a former victim of the condition honoured for her work educating villagers in South Sudan about how to prevent it.

This year’s winners included Rahane Lawal, a mother of 10 and frontline health worker in Nigeria, who had shown “exceptional bravery and dedication in keeping her community safe from polio, leading efforts to eradicate the disease despite being kidnapped and witnessing her captors murder her family member.”

Such people, as Sheikh Mohamed bin Zayed pointed out at the Last Mile Forum, are the only hope of access to healthcare for millions of people around the world. Driven to help others in the face of often overwhelming odds, “their work lights the path for all of humanity,” he said.

While we are closer than ever to overcoming some of the world’s most deadly and debilitating diseases (the number of recorded cases of Guinea worm disease fell from 3.5 million in 1986 to just 28 cases in 2018),  it is clear there is still much more work to be done to achieve the WHO’s vision of global equity in health.

Thanks to the commitment of individuals such as Rahane Lawal, working hand in hand with the support of initiatives such as Reaching the Last Mile, it seems certain that human kindness will go the distance.

How I use mindfulness to curb spending