Menu
For most people the Dubai Fitness Challenge has meant making simple changes to their daily exercise routine, maybe by upping their daily step count or working out for a little longer. But for Ghani Souleymane, it has been a little more gruelling. Since the DFC began on October 30, Souleymane has run 45km every day. Note that: Every. Day.  After being inspired by the 2018 exploits of Marcus Smith, who ran a marathon a day... 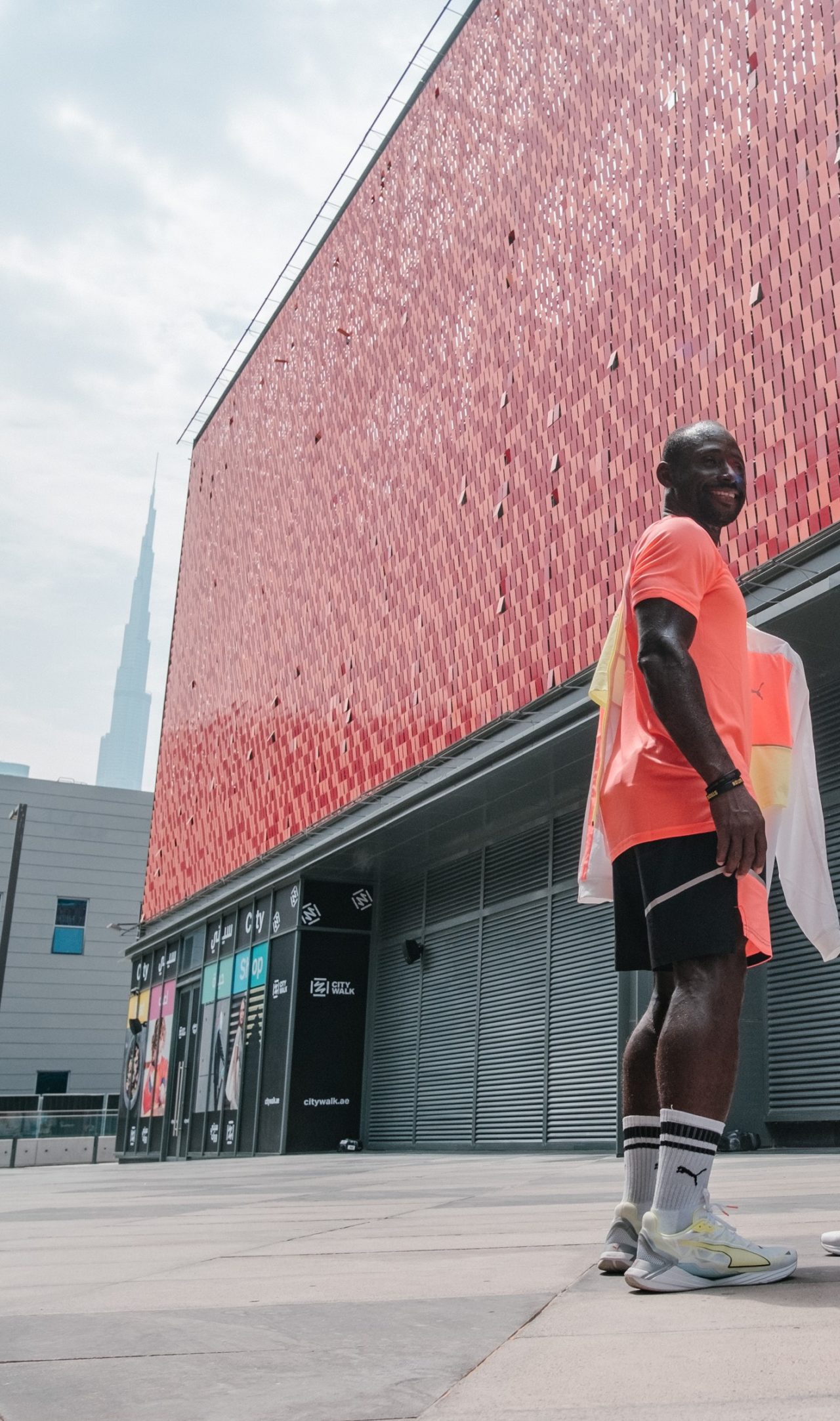 For most people the Dubai Fitness Challenge has meant making simple changes to their daily exercise routine, maybe by upping their daily step count or working out for a little longer. But for Ghani Souleymane, it has been a little more gruelling. Since the DFC began on October 30, Souleymane has run 45km every day. Note that: Every. Day.

After being inspired by the 2018 exploits of Marcus Smith, who ran a marathon a day for the duration of the inaugural Dubai Fitness Challenge, 36-year-old Souleymane decided to take it a step further in 2020 by tackling a daily ultramarathon, classified as anything over the traditional marathon distance of 42km.

“I thought I’d just go a little bit further and see how my body takes it,” Souleymane tells livehealthy.ae. “My friends think I am not sane, that I am crazy.They’re worried about my health. And I haven’t told my parents because I think they wouldn’t like it – they would be too worried!

“It is obviously really hard because I have to work too, so it can be tiring, but I’m over halfway through and I am feeling great, honestly. My body feels the same.”

Souleymane is not a lifelong runner. Remarkably, he only started pounding the pavements in 2016. Four years on and he is running daily distances that few would dare take on even once, squeezing in runs between shifts as a sales associate at the PUMA store at Dubai Mall. It means a lot of early mornings and late nights, all in the name of raising funds for Heroes of Hope and the Al Jalila Foundation.

“The main reason I wanted to run is for Heroes of Hope and the people of determination, the children who they represent. Sometimes it is very difficult because maybe I don’t have enough sleep and it is a long distance but I think a lot about the children.

“Most of the time, I am focusing on why I am doing it and why I started. When I think about this, of course I cannot stop. I just want to finish and do something good.

“Lots of people have contacted me on social media and every day I get a lot of messages on my phone. It makes me feel very happy to see more people are exercising and that people are feeling motivated to get up off the couch and run.

“I don’t have money to give but running is my gift from God and this is what I can use to help people.”

For the past two weeks, Souleymane has been running either in the very early hours of the morning before sunrise or in the evenings. The former brings peace and solitude, while the latter is more sociable.

“I like running in the mornings because it is faster; no one wakes up as early as me so I am usually running on my own,” Souleymane explains. “But in the evenings, I have some of my friends who come to run a few kilometres with me and now people who have seen what I am doing come and join me too.

“It’s great for people to be involved and I’m happy to give them that chance to join in if they want to help with the challenge and run together.”

Maintaining an average 45km time of five hours despite running every day, Souleymane is something of a medical marvel, a fact that was noted by his physician during a recent check-up.

“I went to see the doctor a few days ago and he didn’t believe that I had run so many ultramarathons. He said it wasn’t possible, that my body doesn’t look like someone who is running 45km a day.

“My body just seems to recover quickly. Before I start to run I just have a banana and drink water, then I am good to go. Afterwards, all I need is a shower, some food, and a couple of hours sleep and I am totally fine.”

The Togolese runner has been exploring an array of different terrains and locations around the UAE during his challenge, but one stands out.

“I really loved running in Hatta,” Souleymane says. “It is hilly which is something different, and really difficult, but it was also very peaceful and very beautiful there. I ran at night and I was the only one on the road.

“I’ve been trying to run in different emirates too as I want to involve as many people as possible. Just because you don’t live in Dubai doesn’t mean you can’t do the Dubai Fitness Challenge.”

Having passed the halfway mark of his impressive feat of endurance, the finish line is now in sight for Souleymane, though he is already thinking about potential future endeavours, including a famous 251km trek through the Sahara desert.

“I’d love to do the Marathon des Sables, but I would need a sponsor as it is very expensive. It is definitely on my bucket list.

“For now, when I am done I think I will just celebrate with my friends: go for a meal and eat some good food. Maybe a bath and a massage too – I will need it!”

How to fight men's reproductive cancers