Menu
PUNCH is an innovative new boutique boxing studio in Sheikh Zayed Sport City’s tennis stadium – the only one of it's kind in Abu Dhabi. 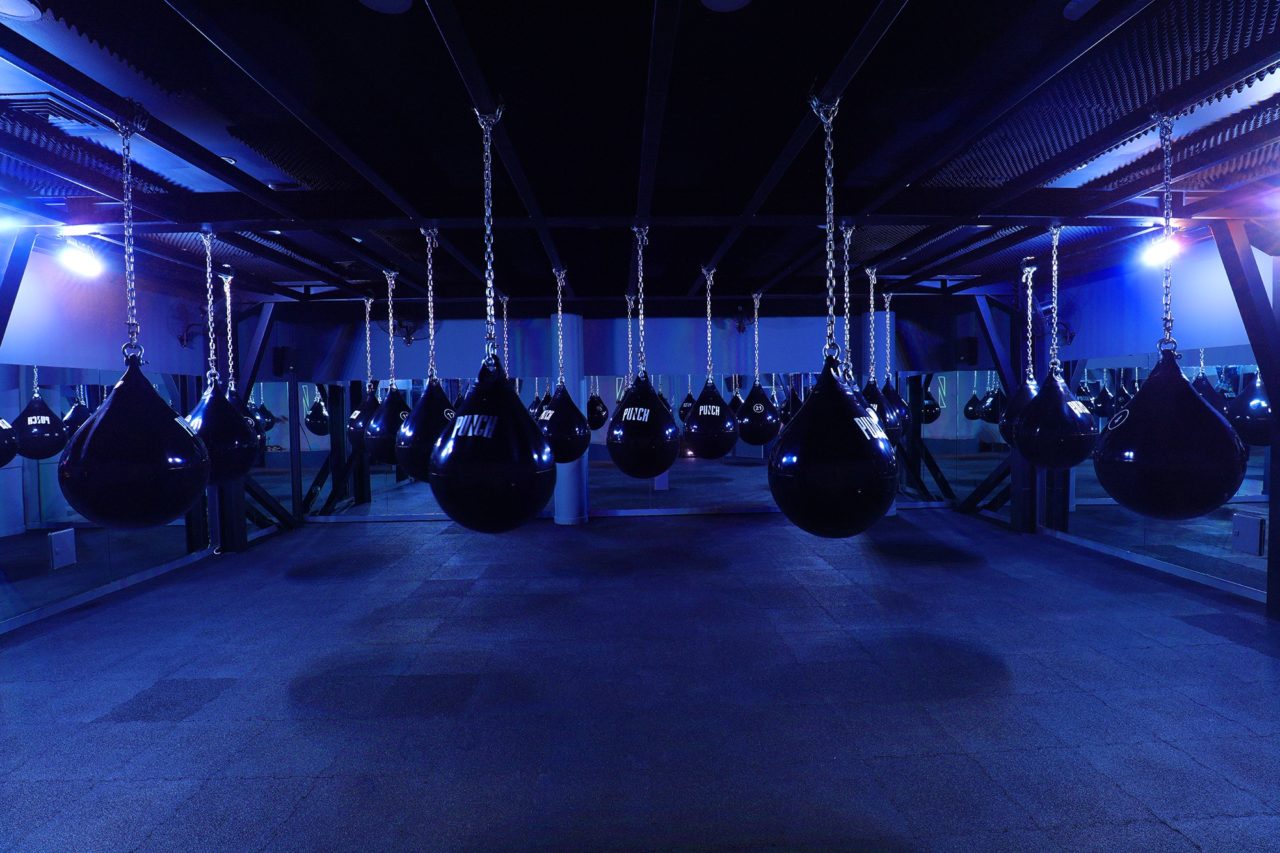 For many of us the two worst words in a fitness class come right at the beginning, when the instructor says “pair up!” We all know it’s good to meet new people and work out in a group setting – that’s why we are there, after all.  But this phrase is enough to send even the most extroverted exerciser back to the terrors of being the unchosen one in grade school, never mind a newbie. That won’t happen at PUNCH, the innovative new boutique boxing studio in Sheikh Zayed Sport City’s tennis stadium.

PUNCH offers what no one else in the capital does: boxing classes based on a heavy bag, rather than sparring with another human.

There are punching-only and HIIT versions to their classes, with the latter mixing timed boxing rounds and weighted and bodyweight-based exercises. And in the trend toward shorter workouts, all classes are just 45 minutes. It’s not cheap – Dh100 per class, with five-, 10- and 20-class packages available – but the cost is in line with other gyms of its size and speciality in the city.

You don’t have to cart anything but yourself to class, as PUNCH provides handy wrist wraps and the boxing gloves too.

The class I tried would be accessible for everyone from advanced boxers to beginners. The participants were left winded and sweaty, while during the class the instructors helped each person focus on form and function and made it easy to follow along with the routines. It’s dark inside the modern studio, too, and the music is loud. The bags are big enough that you almost feel hidden, so you never have to feel self-conscious if that’s your tendency.

So in addition to being a killer workout, each 45-minute class provides an opportunity to pummel whatever might be bothering you right out into that bag. Boxing is therapy, truly.

There is one catch, and it’s pretty obvious: you have to like boxing. I tried the class out with a friend who is a yoga and CrossFit enthusiast, and while she agreed it was a good workout, her verdict was “not for me.”

Bags that can take a punch

PUNCH’s heavy bags – imported from the US  – are state-of-the-art. Filled with water, encased in sturdy latex, and teardrop shaped, there won’t be any of the sagging that happens over time to the traditional variety. They seem to have beat Dubai with the bags, coming ahead of UnderdogBox’n studio, which due to open in Dubai Media City in the early part of the year.

The owners of PUNCH are a trio of young boxing enthusiasts who spotted a gap in the capital’s fitness scene and moved fast. They are Bashar Al Eid and Jawdat ­Bilbeisi, buddies from Jordan, along with Emirati instructor Lama Helweh.

They promise an intense workout in a fun atmosphere, one that can burn up to 1,000 calories in a session and yield big results in just 3 classes a week.

Helweh, who is also an instructor, says she used to worry a bit before sparring-type classes that were mostly men. “I thought: ‘I hope there is someone my size so I don’t injure myself.’”

That’s why at PUNCH newbies don’t need to worry that they’ll be paired with a pummeling expert or someone dramatically different in size. And on the flip side, intermediate and advanced boxers won’t experience the frustration of a partner unable to absorb their fist velocity. You are free to box at your own level, feeling like a champion no matter how you look.

And you never have to hear the words “pair up” again if you don’t want to.

Dubai women are serious about surfing