Menu
Only after she quit drinking alcohol did party girl Alex McRobert understand how alcohol had affected her mental health since her teens and it led her to become a coach for others who want to be sober. 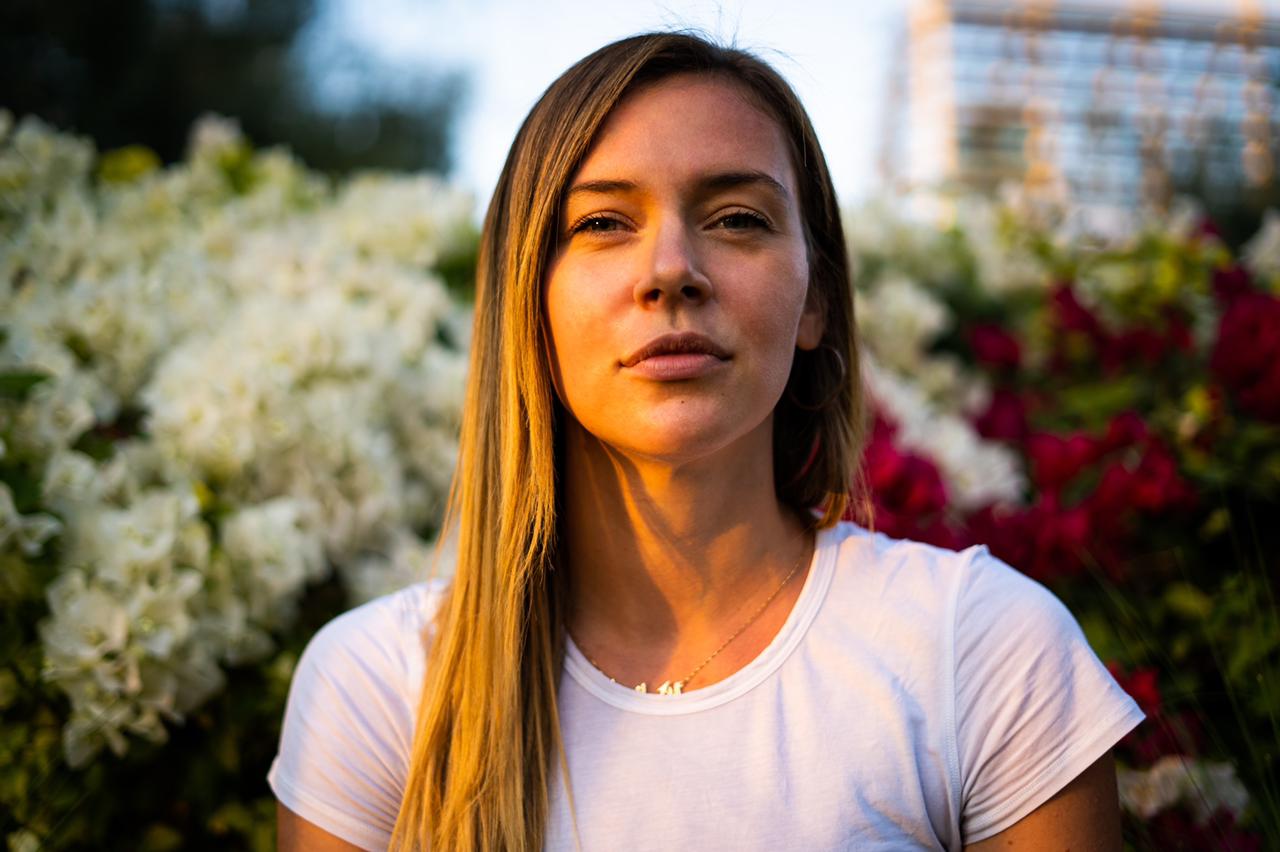 Like many expats, Canadian Alex McRobert dove into the UAE’s party lifestyle when she first moved to the Gulf. Though then she was based in alcohol-free Kuwait, she would regularly fly to Dubai for weekend blow-outs. After she moved to Abu Dhabi, the all-you-can-drink weekend brunches and midweek ladies nights were what she lived for.

It was while backpacking in Laos, when she found herself seriously considering flying to Bangkok just so she could have a beer on New Year’s Eve, she began to think she might have a problem. The suspicion grew a few months later during a trip to Morocco with her mother. When Alex discovered their accommodation did not serve alcohol, she bought a bottle of wine, stashed it in her backpack and took it on a hike in the Atlas mountains, sternly telling her mother she “was not going to share it with anyone”.

Realizing how much she depended on alcohol for enjoyment was, quite literally, a sobering thought. “This was impacting the way I enjoyed life,” says Alex.

On Facebook, she found others who felt the same way and it led her to become a sober coach and yoga teacher. She now has a website, MindfulLifepractice.com, an e-book and a 30-day Sober Girl Yoga Challenge. She spreads the word about sobriety via TikTok, Instagram and a Facebook group called UAE Alcohol-free. There’s also the Sober Yoga Girl podcast.

Growing up in Canada, Alex explains, drinking was normal.

“It was responsible drinking, but you were surrounded by alcohol,” she says. “When I moved to Kuwait, I became obsessed with flying out of the country and the nearest party destination was here. I wasn’t very happy in Kuwait, so when my contract finished, I couldn’t wait to move to Abu Dhabi. I thought once I could drink I would be happier but it made things worse.

“Brunches became the norm. Then it became normal to go for drinks on Tuesdays. There was a bottle shop in my building so I could get wine any time. I was drinking more and more.”

Ironically, one of the problems was that drinking did not affect her work as a teacher. “I was still on top of my game and was considered one of the best teachers in the school, so no one knew drinking was a problem for me.”

She was also becoming increasingly concerned about “hangxiety“: waking up after a heavy night and panicking about what she might have done or said the night before while she was drunk.

“Hangovers can induce panic attacks because of dehydration,” she explains. “I would be messaging all my friends to see if they hated me.”

But she still wasn’t quite sure she was ready to tackle her drinking problem the traditional way: through Alcoholics Anonymous.

“The trouble is if you Google ‘I’m worried about drinking’ you get directed to AA,” she explains. “I have met people who say AA saved their life and I would never put AA down, but I could not identify with the concept of referring to myself as an alcoholic.”

It was another family member’s experience that finally gave her push she needed.

“I’m very close to my Uncle Rick back home in Canada — he was like a third parent. He worked in marketing and I grew up watching him drink as he entertained clients. Four years ago he quit and his entire life changed. He lost 80 pounds [more than 36 kg] because as well as alcohol, he stopped eating junk hangover food. He was glowing. It completely transformed his life.”

She decided to try going 28 days without drink with the help of an online program. “The first seven days were the hardest of my life,” she says. “You brain is recalibrating.” After that first week, it became clear that she needed to extend her time off, so it became 90 days. “And then on day 21, I thought, why not make it long-term?”

The mood swings were difficult but the biggest challenge was withstanding the pressure from her friends and colleagues.

“My community was into brunches and ladies’ nights. When I quit drinking, my community couldn’t relate to me. It created a distance and it became clear who my real friends were. Some people completely disappeared. Finding excuses for not drinking — you’re driving or taking antibiotics — just leaves the window open for people to say, ‘It’s OK,  leave your car here’ or ‘yeah, you can drink with antibiotics — I’ve done it lots of times’. When you tell people the truth, it makes them feel uncomfortable.

“I used to do it too. I would pressure people to drink because it made me feel better about how much I was drinking.”

Another surprise was how expensive it is not to drink in the UAE. “It would be Dh99 for all-you-can-drink brunches but if I asked for water, I would be charged Dh25 extra. It’s ridiculous. The manager of one place told me no one had ever asked for a non-alcoholic drink before. He actually had to pull out a special blender just to make mocktails for me.”

The longer she went without alcohol, the more Alex realized that the mental health struggles she had faced in her teens were linked to her drinking.

“I never put two-and-two together until I quit,” she says. “All that time I was seeking help for my mental health but nobody said how much you drink correlates with how you’re feeling. Or if they did, I wasn’t listening. If you’re susceptible to mental health issues, drinking can really impact you. Not until I had gone three weeks without drinking did I realize that drinking was really affecting me negatively.”

Sensing that her usual crowd of party-loving friends did not understand what she was doing , or why, Alex sought support on the internet. She began posting about it on Facebook and soon built a following. “One day there was just me and the next I had 50 followers,” she says. “I was overwhelmed by how much support I got. People shared their milestones and the benefits of sobriety.”

Then she was asked to write a testimonial and that led on to coaching others who wanted to cut out alcohol and the launch of Sober Yoga Girl, a community program for women to quit drinking for a period of time and develop their yoga practice through daily Zoom sessions.

“The integral theory of addiction is that you have to fill ‘buckets’ with physical health, community and spirituality. Yoga fills those buckets. We also have 15-minute check-ins — a bit like AA — where people get the space to talk. It’s a strong community with close friendships.”

She also works with people one-to-one. “I am a huge advocate of the individual’s journey. Even the terms we use for non-drinkers vary — some say dry, others use teetotal or sober. Not all women are interested in yoga and a lot of men aren’t. We meet weekly or once a month, depending on how much support they need. Everyone has a reason why they drink too much and we get to the bottom of what’s happening. I try to help people create a life that they don’t need to drink to escape from. How can you get fulfillment from something other than drinking? The end goal is the same but I’m open-minded about the way we get there.”

One fear drinkers harbor is that life just won’t be as much fun. Absolutely not true, says Alex.

“My life is 100 times more fun. We connect fun with having a drink in our hand, because that’s how alcohol has been marketed to us. One of my first ‘sober’ events was my sister’s wedding. I was so worried because I would be among so many childhood and family friends. But at the end of the night, I remembered every moment. I hadn’t done anything I would regret or that would make me anxious, I was there for my sister — I was just so present.

“My first work Christmas party not drinking was one of the best nights of the year. I didn’t embarrass myself.”

What advice does she have for anyone contemplating quitting alcohol but can’t figure out how? “Reach out. I felt I was the only person feeling like this but as soon as I got on Facebook I saw I was not alone. It means a shift in mindset and it happens when you’re ready. But even if you’re not ready to quit, just see what’s out there. It’s not just AA, there are a lot of people talking about it.”

There is no area of her life that has not improved, she says. “I feel better, my skin is better, I sleep better, my health is better, I have more time and I’m richer. I didn’t foresee making a career out of it but here I am. As a friend in Dubai said to me recently, I’ve never met anyone who regrets giving up alcohol.”

Types of breast cancer and what they mean