Menu
Healthy finances are as important as having physical health. For Spencer Lodge, achieving financial independence , gave him the freedom to pursue a project dear to his heart - highlighting the evils of human trafficking. 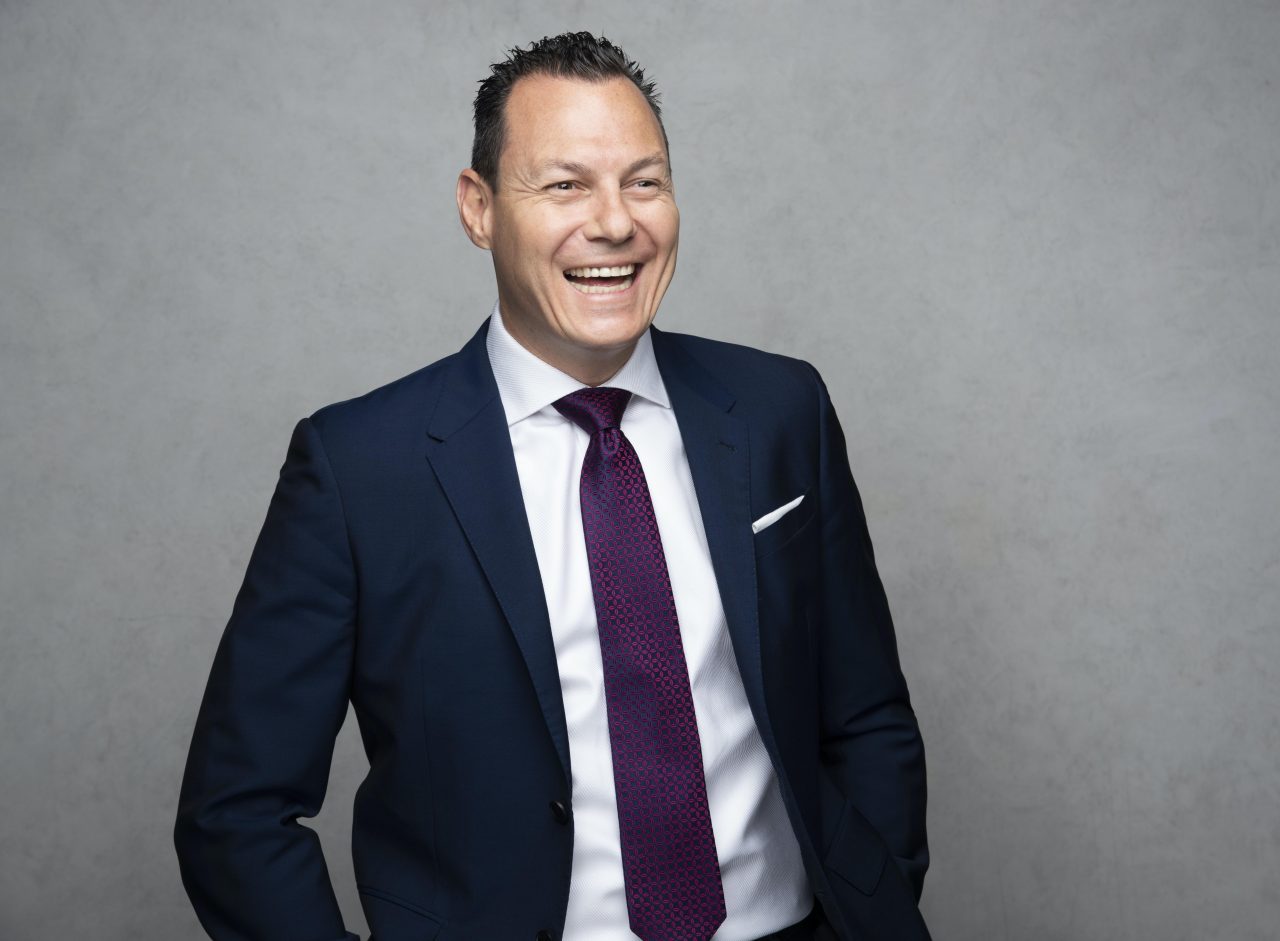 Good health comes in many forms. There’s physical health, obviously, and mental health. Emotional wellbeing and psychological balance are also forms. But what about financial health? And how does it affect those other areas?

As a successful entrepreneur and investor, Spencer Lodge teaches others how to be financially healthy through his podcast and his Make It Happen University. You may well have seen his name and face on billboards in Dubai, where he has made his home. In a wide-ranging interview, he tells Livehealthy why keeping your finances in good shape is essential to general wellbeing and also reveals how he is using his time, expertise and public profile to highlight the scourge of slavery and human trafficking.

How are finances linked to our health?

Having good financial habits is every bit as important as having good fitness habits. Bad financial habits are one of the main causes of divorce and depression and one of the main causes of suicide in men aged 45 to 50. That tends to be the age when men start feeling they haven’t achieved the career success they wanted and career is related to money.

How do you define financial health?

It’s not about being able to buy that fancy car. It’s about not spending money on things you don’t need and living beyond your means. Do you really need to buy that BMW or Porsche? A car is a depreciating asset. Sure, if you buy an antique car and store it in a garage for 50 years, that’s different and I get that. But most people just use their car to get to and from work, so if you spend a load of money on a car and it’s going down in value, that car is a cost to you.

People love the feeling of a new car. Car manufacturers spend millions on making new cars smell nice. But six weeks later, it just feels like a car — any car — only now you’re committed to three, four, five years of financing, just to pay for a feeling that lasted six weeks.

Are high-end brands a good investment?

If you spend thousands on a Birkin bag as part of your investment strategy and store it in a hermetically sealed room and don’t use it, that’s one thing. But it isn’t like that for most people.

So many people are living for others. Who are you trying to impress? Would you rather have those expensive brands  and not have financial independence? We need to get our priorities right. At the end of the day, it is just a handbag.

What’s your definition of financial freedom?

Your money has to work for you. When it can provide an income — whether from properties providing rental income or equities providing dividends — that’s when you have the freedom to decide what you really want to do and when.

I’m 51 and I’ve had that freedom for 11 or 12 years. It’s very liberating. You are not controlled by anyone or anything. You are not owned by a salary. Earning money outside your investments becomes fun because you can focus on projects that connect with you emotionally or serve something that has great meaning for you.

What if you don’t have enough money to start with?

There’s something called subconscious spend. Most people spend money without even realizing they’re spending. I come from a world where we lived on cash. If you wanted to buy something, you had to take money out of your wallet and hand it over to someone. There was almost an element of pain with it but you could see how much money you had left.

With credit cards, you can spend money without even acknowledging that you’re spending money. For example, if you pop into Starbucks every morning for a latte and pain au chocolat — that’s 10 dollars gone right there. Do you really need that latte or can you make your own coffee at home and put it in a flask to take with you?

Magazine subscriptions online are another huge expenditure. If you’re really honest with yourself, you would realize you have lots of spare money each month.

On getting started, your whole focus should be on saving. Save $100 every month and every time you get a pay rise, increase the amount you save by the same percentage. When you get a bonus, rather than spending it on that designer handbag, think about how you can invest it. You need to make that a routine, a normal thing for you.

It’s the same principle as with physical fitness. People who work out understand that you need a routine, so that it becomes normal. I’m in the gym at 5am very morning. It’s my routine, it’s how my life works and I couldn’t live without it. It makes me a better person in business, it keeps my metabolism moving more quickly. I eat the right food. On my desk I have a pack of carrots, not cookies.

Let’s take skydiving as an analogy. Before you do it, you’re absolutely terrified and you’re wondering what possessed you. But once you’ve done it, the first thing you want is to do it again. Why? Because now you have certainty. It’s not the unknown. It’s the same with health and finances. You need to get some certainty.

But where does the novice investor start?

Never invest in something you don’t understand. You see people getting into cryptocurrency, thinking it’s a get-rich-quick scheme, spending a load of money and they don’t even know what they’re buying, They don’t understand the basics.

Recently bitcoin has gone down but you have to understand that that’s not necessarily a bad thing. Every market goes up and down. In 2008, the stock market fell off a cliff. Now it’s much higher than it was before 2008. It’s the people who invest at the top of the market who get caught out. Read some books, watch some videos and if you still don’t understand cryptocurrencies, do not invest in them under any circumstances.

People say the housing market is overvalued. Compared to what? Look at the history — all markets have peaks and troughs. If you’re getting into property, you have two things to consider: rental income and capital appreciation. For rental income you need tenants paying rent every month. Capital appreciation will come over the long term. Analyze the price per square foot or metre. Don’t jump into anything without doing your research.

Have always had good financial habits yourself?

No. I’ve made all the stupid decisions as well. I had the expensive car. I was earning a lot of money from a young age and was able to afford it, but to this day I don’t know why I did it. Maybe it comes with maturity, but once I stopped caring what other people thought, once I’d made that shift, it was a release.

I’ve now got an eight-year-old car with 150,000 km on the clock and I reckon I can get another five years out of it, so it was actually worth buying that car. But that’s not what people do in general. They buy a car with financing and before the financing has ended, they refinance another car and worry about the monthly payments. And I stress — monthly payment, not monthly investment.

What led you to start your podcast?

Initially I wanted to interview successful business people and for a year it was great. I got [the famous self-help guru] Anthony Robbins on and he was wonderful. He could not have been kinder and I was able to leverage more names because of him.

Then I had Nick Yarris on the show. He was on death row in the US for 22 years for a crime he didn’t commit. His story really moved me and everyone else. For three years, he was not allowed to speak. All he heard was the sound of keys and people’s bodily noises. I began thinking about real people’s stories and the focus of the podcast shifted.

When I’m asked about which guest really blew me away, it’s people like Anneke Lucas, who was sold into a pedophile ring by her mother at the age of six in Belgium. From the age of six to 11 she was raped every weekend by wealthy people, including politicians.

When you hear a story like hers, a lot of business-related stuff becomes insignificant.

What inspired you to take up the cause of human trafficking?

Leon Logothetis. He is the man behind The Kindness Diaries [a series streaming on Discovery+]. He travelled around the world on his motorbike, relying on the kindness of strangers. He accepts money, shelter and fuel but not money, and when he sees an act of extreme kindness he repays it with a life-changing gift.

Listening to him inspired me. After having him on my show, I told him I was jealous because he has his own TV show and I haven’t. He said “Why not? If you want a TV show, have one.” All I had in response was a mouthful of excuses.

Leon said he would give me an hour of his time every week for six weeks for us to brainstorm ideas and if I came up with one, he would put me in touch with people he knew who could help. After four sessions, we came up with an idea and he got his whole production team on Zoom.

Here in Abu Dhabi and Dubai, there are government shelters for people who’ve been trafficked. We’ve all heard the tales of the Filipino maid who is made to work all day long and give sexual favors. People are moved through the UAE because it has fantastic airport networks.

I’ve spoken to Homeland Security and the CIA about human trafficking. Half a million kids are trafficked every single year in the US. I’ve talked to a British journalist who went undercover in a red light district in Mumbai for six months. People are not like drugs. They can be sold over and and over again.

We’re also focusing on women in societies where they’re not allowed to work or be educated. If the show provokes a five-minute conversation somewhere, that’s good.