Menu
It’s fair to say that Dubai is a very image-conscious city, where people are willing to spend a lot of money on looking good. In normal times, the city is awash with gyms, boutique fitness studios, spas and personal trainers.  At The Park has expert coaches offering workouts in cross-training, running, kickboxing, yoga and circuit-training, too, but with one big difference: it’s all free. The organization was founded in 2014 by ex-footballer Fredy Martins, who... 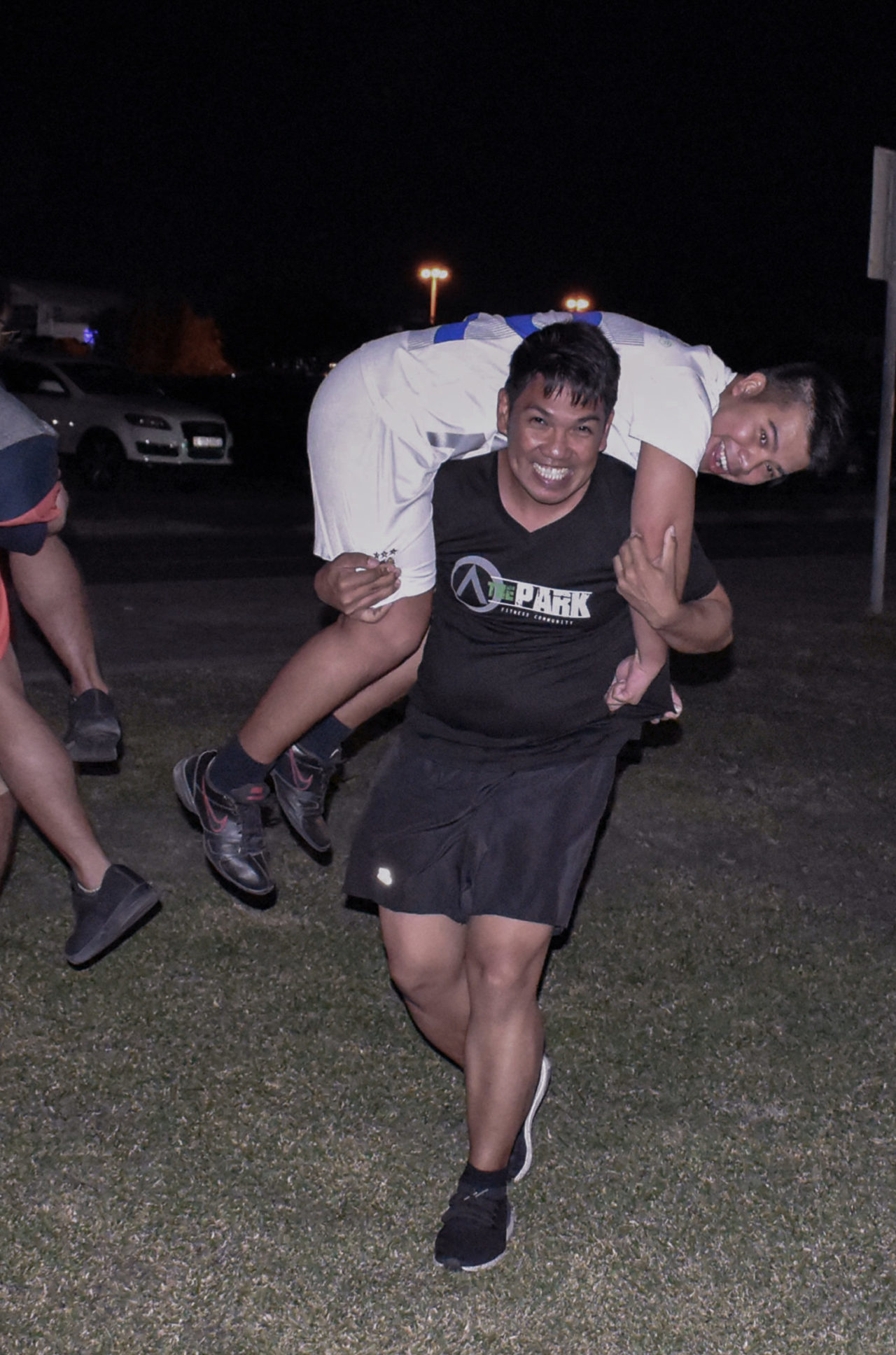 Photo courtesy At The Park

It’s fair to say that Dubai is a very image-conscious city, where people are willing to spend a lot of money on looking good. In normal times, the city is awash with gyms, boutique fitness studios, spas and personal trainers.

At The Park has expert coaches offering workouts in cross-training, running, kickboxing, yoga and circuit-training, too, but with one big difference: it’s all free.

The organization was founded in 2014 by ex-footballer Fredy Martins, who played for the Portuguese national team as well as Porto and Paris Saint Germain, and his wife Tatiana Martinho. Fredy works for Nike and when he oversaw the opening of the company’s biggest store in the GCC in Yas Mall in Abu Dhabi, the initial idea was simply to educate staff about fitness.

“We had 80 staff at the biggest Nike store in the whole GCC but most of them had no opportunity to play sport or go to the gym,” says Fredy. “We’re in the fitness business, so I started taking staff to the park for exercise sessions, showing them how to do squats and lunges and so on.”

Soon, customers also began joining in. When Fredy moved on to Dubai in 2016, Nike urged him to do the same thing there. And so was born the first free workout community in the UAE.

At first, sessions focused on cross-training – Fredy’s own speciality. One participant turned out to be a kickboxing coach and offered his services. A chance meeting at a barbecue led to the addition of capoeira, the Afro-Brazilian martial art. Another chance meeting brought a yoga teacher on board and Fredy is now looking for a Zumba instructor. Soon At The Park was running five sessions a week in different disciplines at Al Barsha in Dubai. Early sessions had five or six participants, which grew to 30, then 60. There were 85 people at the last session before lockdown.

And still, no one has to pay a single dirham. Fredy is determined to keep it that way.

“There are enough reasons for people to be inactive and expense is certainly one of them,” he says. “We’re trying to reduce those excuses. The day we start charging is the day I close down the project.”

At The Park sessions are not like boot camp: there are no sergeant-major types bawling in your ear as you try and complete your reps.

“This isn’t the army and I’m not there to shout at people,” says Fredy, 40, who arrived in the UAE six years ago. “If you don’t feel like doing a whole session or even if you just want to sit on the floor, that’s fine. Just do what you can.

“Of course, we want to encourage people to be active but we also want them to have fun and enjoy themselves. People come for the company as well as the training, because they have formed friendships.”

Even with no pressure, there have been some spectacular success stories. One of them is 32-year-old Regi Las, a paramedic living in Sharjah, who started working out with the group in the summer of 2017.

“At Regi’s first session, he weighed more than 115kg and he couldn’t run more than 20 meters without getting out of breath,” says Martins. “When everyone had done five rounds of the workout, Regi had just managed two. But he came back for the next session and he kept coming back for every single one.”

In 2019, less than two years after his first At The Park workout, Regi – now more than 30kg lighter – completed his first half-marathon in Ras Al Khaimah. Photos of him posing at the finish line in his At The Park t-shirt have pride of place in the group’s picture collection. His ambition now is to tackle a full marathon.

“The community helped me a lot,” he says. “There is no discrimination between beginners and advanced. The stronger ones help the slower ones and we all encourage each other. They are my friends and my social life.”

Until the lockdown, Regi was still attending every At The Park session, which meant a daily two-hour round trip from his home on the outskirts of Sharjah. Since the lockdown, he is still joining in with the sessions online, even taking his training gear to work so he can take part during breaks.

“The obstacle course session on Saturdays is my favourite,” he says. “At The Park has really transformed my life and I miss them all very much.”

Fredy could not be more proud of Regi. “I get goosebumps when I think of how far he has come,” he says.

At The Park also negotiates discounts on race fees for those wanting to take on a bigger challenge and helps out with essential kit. Fredy encourages the coaches to promote their classes and activities outside At The Park. “After all, they are giving us their time and skills for free,” he says.

At The Park now has more than 12,000 followers on Facebook, 700 members on three WhatsApp groups and around 200 regularly active members from numerous nationalities.

There are five live fitness sessions a week during lockdown via Zoom, YouTube, Facebook and Instagram at 7.30pm (5.30pm during Ramadan).Coach Gyula Jonas oversees running, Mariam Ghenam is in charge of kick-boxing and Ivan Siarbolin and Laura Canales look after yoga. But everyone is eager for the day At The Park can get back into the park again.

“Going online with our sessions means we have been able to continue and that’s great. We have not stopped at all,” says Fredy. “But it means people can stay at home whereas we are about bringing people out to work out together. We are a community.”

Omar Al Busaidy: 'There are sacrifices to be made'

Your own mindset and sanity are the most important things