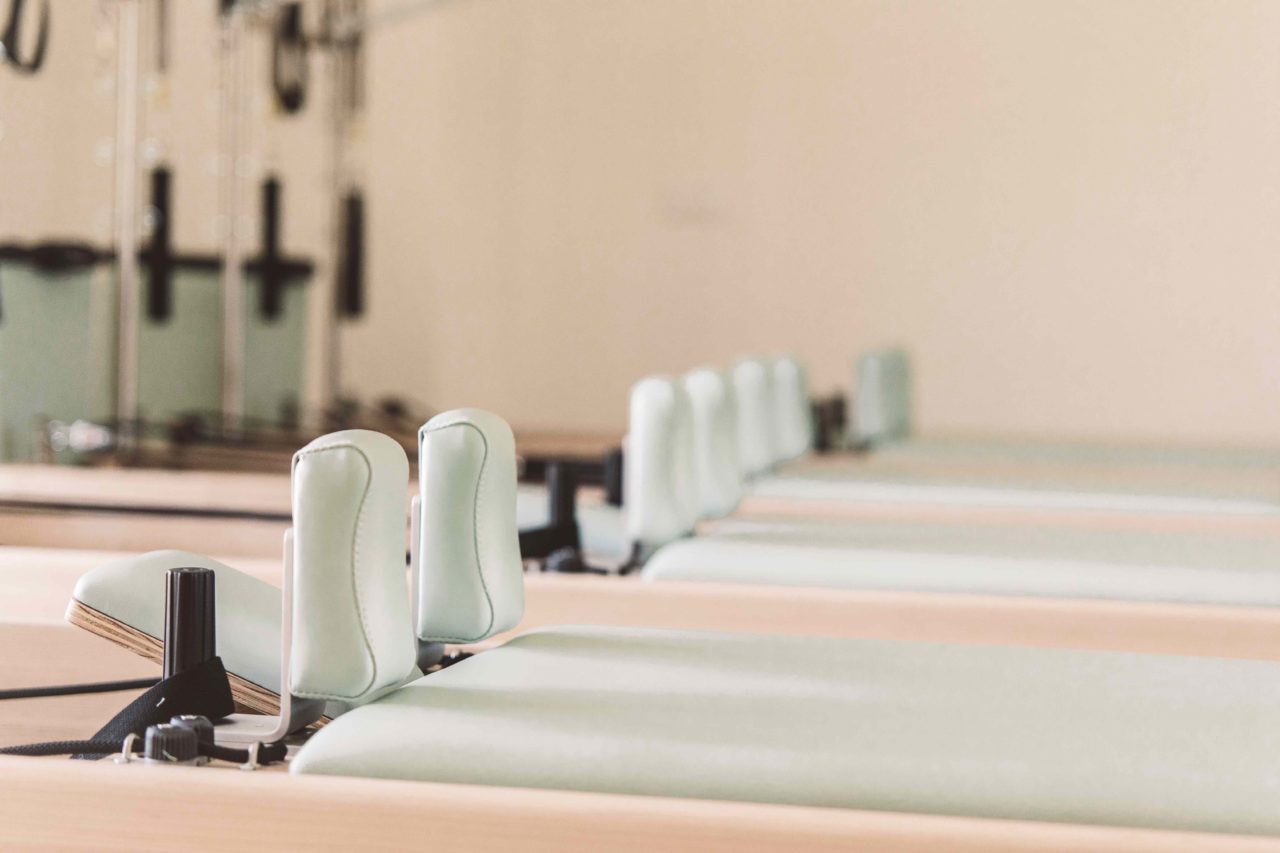 Flo Studio would have been a mixed boutique fitness studio – for men and women to do Pilates, yoga and barre classes – if owner Fatima Al Yousef had her way. But after conducting an online survey through the Khalifa Fund with hundreds of respondents, she realized that was not what the city needed. Enter the newest ladies-only gym in Abu Dhabi.

“Ninety-five per cent said ‘we would prefer an all-ladies studio’,” she recalls. “I do remember one of my big mentors said ‘in business it’s not what you want, it’s what your audience wants’. So that was a total shift for me.”

Al Yousef hadn’t fully realized the extent to which women in Abu Dhabi still exercise in home gyms, privately. It was a wakeup call that even though she was comfortable going into mixed gyms and taking off her shayla behind closed doors for ladies-only classes, many women of her age – and her mother and grandmother’s age – most definitely are not. Having men in the mix is still a foreign concept.

“I was wearing my leggings and I was about to leave for the gym and my grandmother said ‘where are you going’? I said ‘I’m going to a gym’ and she said ‘How? Would you go outside the house and remove the abaya?’ which is also very alien to them,” Al Yousef recalls. “And then it hit me, that most Abu Dhabi girls work out in the comfort of their own home and this is where the inspiration of the space came in, because it looks like a house.”

Tucked back behind high walls but filled with natural light from large windows, entering Flo Studio does feel like coming home, to a plush, holistic experience.

“We’re a private society and a very private city,” she says. “So this is where I came to a realization that if I want to target people who are my mom’s age or a little bit older, it’s very important for me for the space to be comfortable.”

A graduate of architecture and design, form follows function at Flo Studio. The decor mixes natural wood, cream walls and carpeting, brass and velvet furniture and lots of personal touches, right down to the custom-ordered pale green leather on the Pilates Reformer machines. There are gorgeous showers, with enough space to change before coming out in the wider room, and spacious lockers.

Al Yousef has big plans, when she can get to them: among the additions she’d like are a blow-dry bar, connections with other studios and wellness providers and new and different classes, all designed to meet the demands of her clients. She was sold on the benefits of pilates almost a decade ago, when she diligently pursued the practice on the recommendation of a chiropractor after seeking help for neck and back pain.

After six months, a lot of the painful tension points had been released.

“It did miraculous things for my body,” she said. “The first thing you think is to go to the doctor and I did. But I never thought you could can actually cure yourself by meditation, pilates, by stretching.”

No longer was she slouching, either. She read up on Joseph Pilates, becoming increasingly interested after learning how he invented his Reformer machine – based on the springs of a hospital bed – and how he helped German soldiers who were interned with him on the Isle of Man during World War 1 stay healthy with various exercises.

In 2014, Al Yousef accompanied her late older sister to London while she was treated for leukemia. During months spent there, she also took to Pilates, and grew to love the high-calibre teaching methods she encountered.

After her sister died, and Al Yousef had allowed herself to grieve, she wanted to go back to Pilates again. But accustomed to her teachers in London and frustrated at encountering waiting lists for classes at the city’s other studios, she decided after nine years working for twofour54 to launch her own studio.

The studio offers a mix of group classes, privates and semi-private classes, and Al Yousef stresses she is constantly re-evaluating the roster.

She might also have to consider opening another studio.

“Now the men are so angry,” she says, laughing. “I have a long list of men saying ‘you need to open a branch for men-only’.”

Although pilates, barre and yoga will change physiques, Al Yousef wants her clients to know that there is a real emotional aspect to all the classes offered at Flo Studio, and that real transformation comes from within.

“It’s very important for me for people to understand it’s not only physical exercise,” she says.