Menu
From running dressed in Hello Kitty gear to putting together puzzles with the hopes of winning a new car, here are the top unusual races worth trying this year. 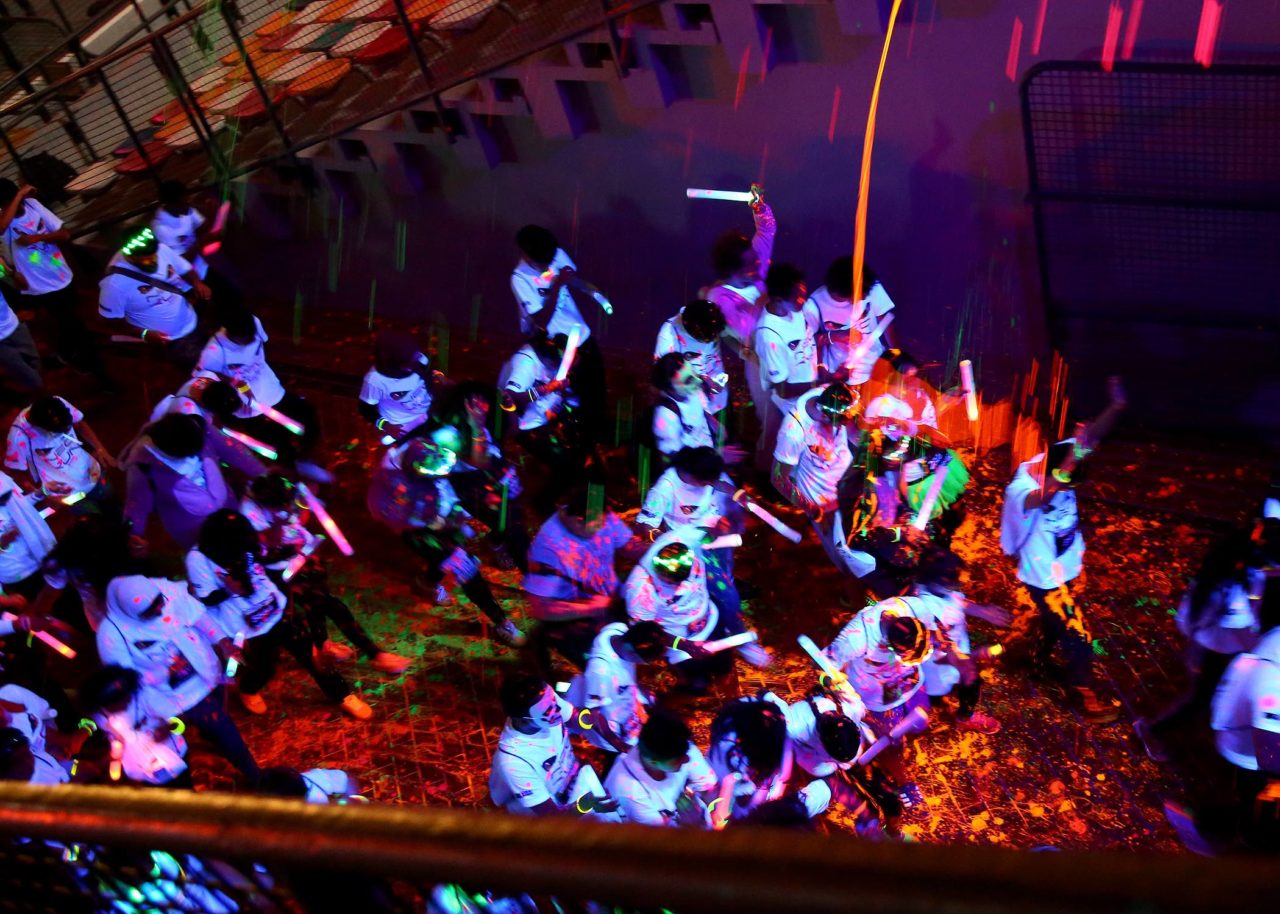 A fun nighttime run at Yas Marina Circuit, this quirky run involves all things glow paint. The 3km party route isn’t the farthest you’ll ever run, but that’s not really the point. Instead, you’re encouraged to throw on all sorts of costumes, cover yourself in neon paint and finish the route at the psychedelic Enigma dance party. You’ll be joined by around 6,000 other runners.

Fees start from Dh165 and include a Neorun T-shirt, Neosabre (we’re not sure either) and other mystery items.

Called Dubai’s own Amazing Race, this seriously epic event involves competing in a mix of mental, physical and just downright quirky challenges. The prizes are unreal — as in, you could win a Mercedes-Benz.

You’ll be competing against 100 teams and the power players can be pretty strong, but it’s a fun vibe all the same. Last year, challenges included things like putting a puzzle together as a group, assembling a mini-car, kayaking in a race and more.

Registration starts around Dh249 and includes breakfast, entertainment and lunch at a five-star hotel.

Billed as the “happiest 5km on the planet,” this colorful loop involves jogging through chalk clouds of vivid colors. You’ll don a special white T-shirt and colorful sweatband, and then take off around the Dubai Autodrome with hundreds of others. There’s even a foam zone, which is exactly what it sounds like.

This year, for the first time, this quirky run has been renamed the Color Run Hero Tour and runners are encouraged to wear their favorite superhero kit. The vibe is fun, energetic, happy and hyper — even if it’s a bit tough to breathe with all those puffs of colored chalk.

This quirky run is good for the kiddos — or just the young at heart. The non-competitive 5km race is expected to draw around 5,000 runners to Zabeel Park. Children three-years-old and up can join in, so expect a lot of little ones wearing their favorite Hello Kitty outfits and plenty of pink. Hello Kitty characters bob around the event.

This year, there’s a special Winter Wonderland theme (yes, yes, we know: it may be December but it’ll still be in Dubai). There will also be DJs, game stalls, a fun village and a Hello Kitty Spa (yup: go figure) for unwinding once the race is done. And should you feel extra proud of your costume, there’s a Hello Kitty Fashion Walk — ideal for releasing that inner Vogue model (a la Hello Kitty).

Good for any intra-office competition you need to get out of your system, this mile-long sprint is all about racing with — and let’s be honest, against — your colleagues. Offices enter as teams and it’s all done relay style, with a proper baton pass and serious team shouting. Last year the race was held in DIFC.

When the intense sprint is over, you can go exchange your food vouchers for some pretty epic burgers, and then swap more vouchers at a nearby restaurant lounge. The vibe promises to be slick, competitive and a little bit intense.