Menu
On World Cancer Day, February 4, a Dubai woman shares her cancer battle as thousands of people root for her on social media 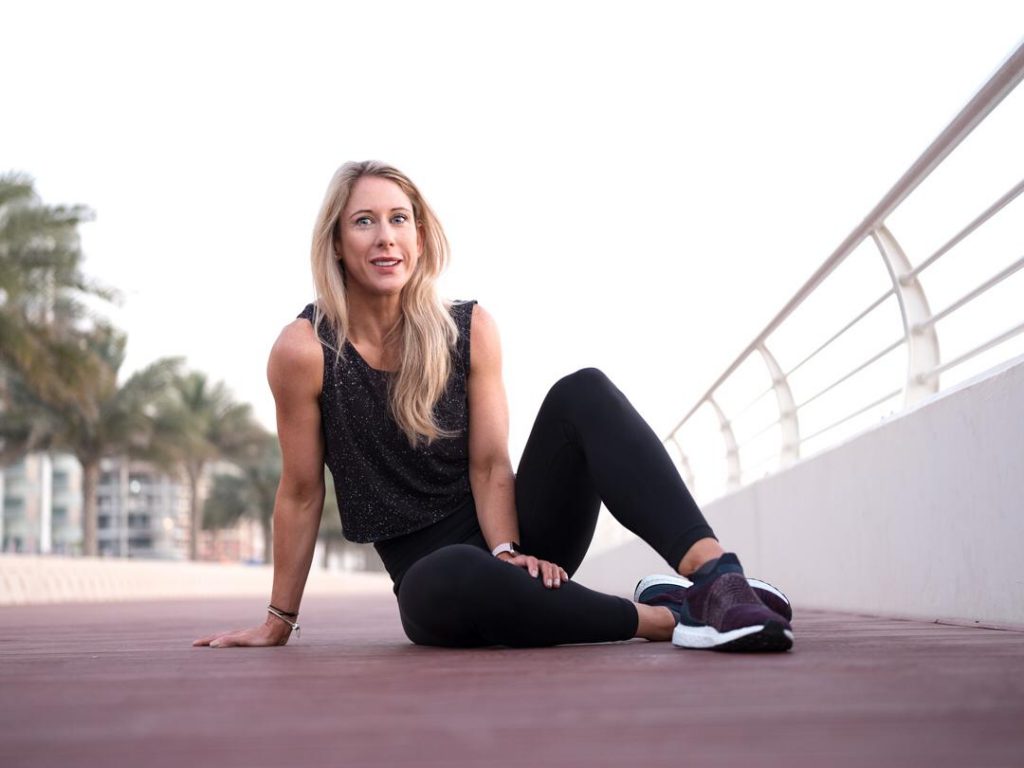 This World Cancer Day, one Dubai woman from the UK is back in London fighting for her life – with followers from all over the world rooting for her.

Petrina Barber’s son was four months old back in 2014, when doctors found her cervical cancer. She had been ill during the pregnancy, vomiting and constantly finding herself in the hospital — but doctors didn’t see anything out of the norm.

“I was young and healthy and had an amazing job. Who gets cancer at my age?” said Barber. “I put it out of my mind.”

By the time the doctors found the tumor it was too big to operate on. Barber had to have chemotherapy and radiation straight away. She couldn’t eat. She became weak.

“I was in a wheelchair, in bed or lived in the hospital.” Her husband washed her hair and brushed her teeth, all while looking after their new baby. “He kept it all going after being told his wife was likely to die,” Barber said.

Barber, who is now 37, survived and finished treatment in 2015, yet the side-effects of the treatment persisted. She is currently fighting the impact of radiation damage to her organs, for example.

“I can no longer eat food or drink as I have a blockage in my bowel,” explained Barber. Surgery is the only solution, but she’s too weak and undernourished to undergo it.

It’s something Barber documents openly on her Instagram account, @MyUltimateHealthProject. She’s back in the UK undergoing another round of surgeries and treatments.

Giving her hope throughout has been the thought that life is worth living for. “There’s so much joy and happiness in the world and so much love and good in people. No matter how bad things have been or what I’ve been told, I truly believe it’s not my time to leave yet.” There is a hope, she explained, that is linked to survival.

Barber has one piece of advice for someone struggling through cancer themselves: “Your experience is your experience. Regardless of someone else having had cancer or your type of cancer or even no cancer, how you want to feel is up to you to decide.”

Be positive if you want, she said. But being sad is fine too, if that’s how you’re feeling.

“You wouldn’t be human if you ignored feelings of sadness and grief. It’s traumatic. You’re not failing if you cannot do fake positivity.”

The disease will take a lot, she acknowledged. “But it’s going to be up to you if you let it take what’s in your mind. That’s your place — no one and nothing can touch you there if you choose.”

While friends and family also play a big role in helping a cancer patient battle with the disease, the experience can be terrifying for loved ones, noted Barber.

“You will feel powerless, distraught and cheated,” she said. “But this can’t be about you. It’s about them. Don’t reach out because you ‘don’t know what to say.’ We know you can’t fix us. We just want to know you’re still there.”

Also there for Barber as she posts daily updates are more than 16,200 Instagram followers around the world, many of them – inspired by the daily #gratitudewalk she takes around the hospital when she can – dedicating their daily workouts and walks to her.

People need to appreciate their health while they have it, Barber reminded her followers on Instagram stories last week.

“If you can walk today, walk, just because you can,” she told them. “You don’t know what is around the corner.”

Barber, who is currently in hospital, documenting her progress and setbacks as she tries to get strong enough for surgery, says getting through her days are not about magical advice or healing words.

“We need our friends. We need love and laughter and support.”

Barber’s future goals involve being the best parent she can be for her son, and the best wife for her husband. “For years he’s been my rock,” she said.

“On the days I’m alive and able, I will be living to the fullest. Sometimes that’s just drinking coffee, surrounded by people I love and making memories.”

Early cancer detection is the focus on World Cancer Day 2019

How this Dubai personal trainer keeps in shape