Menu
There are a lot of options among meal delivery plans in the UAE, including keto, paleo, calorie-reduced, Mediterranean and plant-based. But none of them are designed to trick your body into thinking it is fasting by providing maximum nutrition in the least amount of calories possible. While this may sound like the latest fad diet, the makers of ProLon say their Fasting Mimicking Diet (FMD) is the the exact opposite: a cell-cleaning, stem-cell regenerating program... 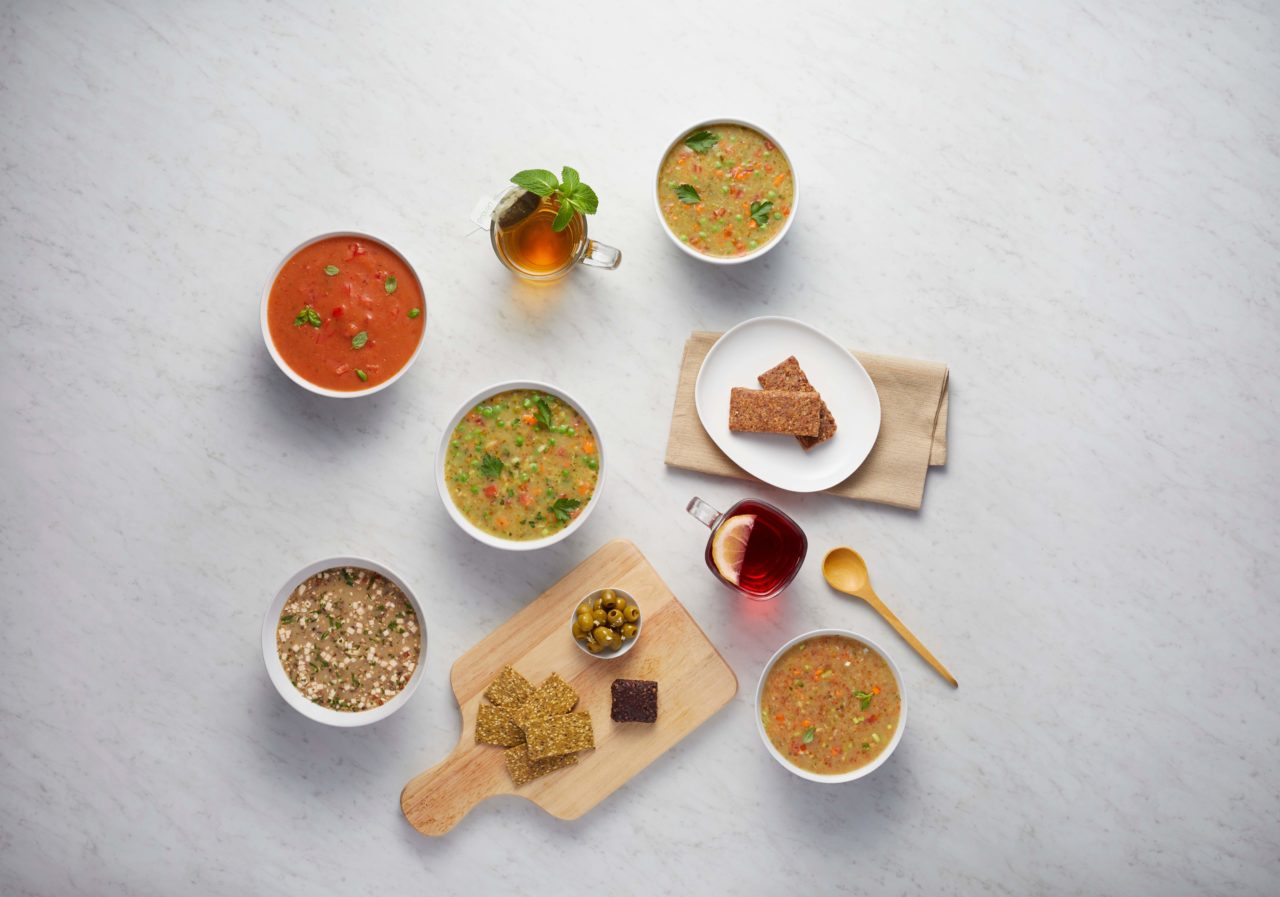 There are a lot of options among meal delivery plans in the UAE, including keto, paleo, calorie-reduced, Mediterranean and plant-based. But none of them are designed to trick your body into thinking it is fasting by providing maximum nutrition in the least amount of calories possible. While this may sound like the latest fad diet, the makers of ProLon say their Fasting Mimicking Diet (FMD) is the the exact opposite: a cell-cleaning, stem-cell regenerating program supported by a growing body of clinical research.

That’s why this week L-Nutra is among more than 4,000 companies crowding the floors of the Dubai World Trade Center for the four-day annual Arab Health conference. They are there for the UAE launch of ProLon, which they are calling the world’s first FMD. (It’s also launching in Egypt and Bahrain)

The practice of fasting to boost emotional and physical health is already deeply rooted in the UAE, Islam and a variety of other religions. Research into various forms of fasting has been turning up positive results for the brain and body for more than a decade. But when it comes to extending the practice for several days, in repeated cycles through the year for greater benefits, fasting becomes much more difficult to fathom, and can even potentially dangerous for some people.

Enter the FMD, a calorie-reduced meal program that tricks the body into thinking its fasting, but with less discomfort and risk than a true water-only fast. Advocates indicate that this lowers risk factors for a host of diseases including cholesterol, inflammation, fasting blood glucose, diabetes and obesity.

ProLon comes in five grab-and-go boxes that include energy bars, soups and a variety of snacks, drinks and supplements. Ingredients include fresh olives, vegetables, nuts, seeds, dark chocolate and herbal teas. The low-protein, low-carb, and good-fat laden meals range from 770 to 1,100 calories per day.

Invented by Dr Valter Longo, an Italian biologist and biogerontologist, and developed by a company called L-Nutra, ProLon underwent years of clinical trials at the University of South California before first launching to the public in 2016. It will be distributed in the Middle East by ALA.

Ahead of the UAE launch, livehealthy.ae caught up with Dr Joseph Antoun, chief executive at L-Nutra, to find out more about the company’s research into FMDs, and how fasting can intercept or even reverse chronic conditions such as diabetes and obesity.

Can you explain the difference between fasting and fasting mimicking?

By fasting, we generally mean fasting with water and no other food. A fasting mimicking diet is fasting with food. It may sound contradictory, but the fasting mimicking diet is scientifically formulated to trick your body into thinking you are fasting while providing it with nutrients. This is possible because FMDs provides the precise amount of macronutrient composition just below the level cells in the body can recognize it as food. Therefore, taking a FMD can keep your body in a fasting state. But because your body is getting some essential nutrients, the stress of fasting is more tolerable so it may be easier for you to extend the fasting period to five days than if you were simply fasting with water. In addition, FMD is a fasting protocol that has been demonstrated in clinical studies to be safe.

Why are we increasingly hearing that fasting is good for us?

Fasting has been practiced practically in every culture, religion and region in the world. Fasting is linked to many physical, mental and spiritual benefits. Emerging science has illustrated that fasting may help with weight loss, reduce metabolic risks, mental wellbeing and prolong healthy lifespan among other benefits. Considering that many of our society’s public health challenges are linked to overeating and obesity, practicing fasting safely could be an important health intervention in both personal and community health.

How often should this kind of fasting be done?

The health benefits of ProLon were demonstrated in a clinical study involving healthy volunteers using ProLon for one cycle of five days a month for three consecutive months. After the five days each month on FMD, volunteers returned to their previous dietary pattern and lifestyle until the next cycle of ProLon a month later. Continued use of Prolon after three cycles is dependent on personal health goals and should be discussed with a health care provider.

Why have you chosen the particular items?

ProLon is carefully designed with 66 non-GMO, gluten-free ingredients, sourced from three continents to provide the necessary composition to mimic fasting. For example, the olives come from Spain. The L-drink is included to spare the body from breaking down muscle as fuel during the five days of FMD. The carbs, fats and protein all come from high-quality plant sources. Every ingredient was chosen carefully based on science, safety and taste to mimic fasting.

Why this specific calorie range?

The calorie content on the first day easies the body into a fasting state, to be followed by more restricted the second to fifth day, to ensure that the body is kept in a ketotic state. This is a relatively safe calorie range for most individuals for a five-day period. In contrast, fasting with only water for five days may not be safe for every person.

What can be achieved during the five days?

The FMD helps with weight loss, including the stubborn mid-waist area called the abdominal fat, while preserving muscle mass. In addition, the lowering of the systolic blood pressure and a biomarker for aging called IGF-1 were seen in a clinical study among healthy individuals. The FMD is associated with weight loss, maintaining a healthy blood pressure and cellular rejuvenation. FMD is a relatively fast way to lose weight without a commitment to a long-term lifestyle modification. Many of the health benefits of ProLon were seen even three months after three cycles of Prolon, reflecting that ProLon has a sustained health effect.

Although ProLon provides some food, the amount of calories is still below what is typically consumed. The most common side effects experienced during ProLon use may be hunger, mild headache and fatigue. These symptoms are believed to be related to the relatively low calories and not likely to be due to the food in ProLon. A survey conducted by L-Nutra, the maker of ProLon, has shown that most common positive symptoms ProLon users may experience include higher energy, mental focus and better sleep.

Is there anything else people should know?

Although Prolon is not indicated for the diagnosis, treatment or cure of any disease, any person with an existing medical condition should consult his/her health care provider before starting on any fasting regimen including ProLon.

Why do a plant-based FMD versus animal protein?

Epidemiologic studies have shown that the substitution of plant protein for animal protein, especially that from processed red meat, was associated with lower mortality, suggesting the importance of protein source.