Menu
For many years, Emirati Meera Eisa Al-Naqbi didn’t think a career as a chef would be an option. While she loved cooking and was told she had natural flair, it always seemed it would be a pastime rather than a profession. But suddenly that dream is within the 26-year-old Emirati’s grasp after winning the inaugural Gulfood Youth X competition at Dubai World Trade Centre. Meera wowed judges with her modern take on Emirati and Arabic classics and her... 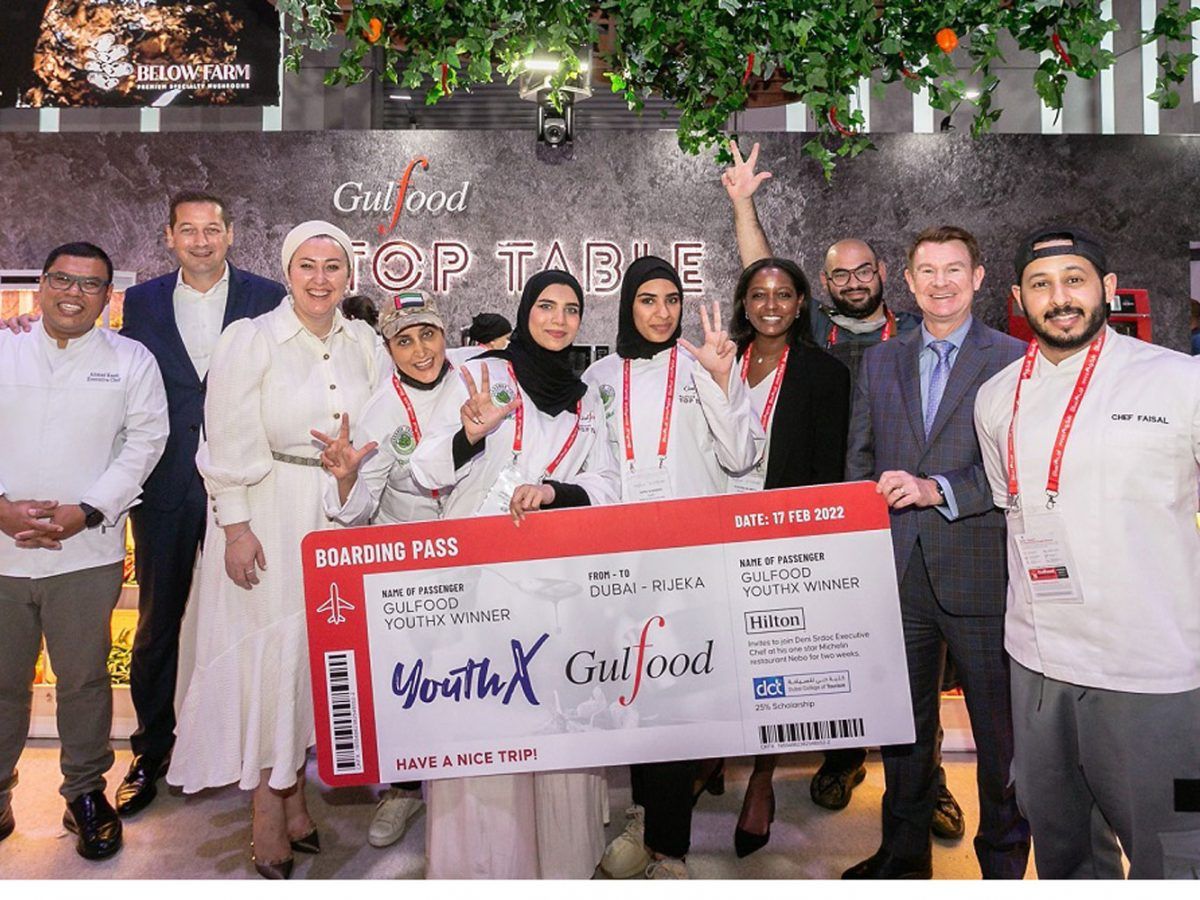 For many years, Emirati Meera Eisa Al-Naqbi didn’t think a career as a chef would be an option. While she loved cooking and was told she had natural flair, it always seemed it would be a pastime rather than a profession. But suddenly that dream is within the 26-year-old Emirati’s grasp after winning the inaugural Gulfood Youth X competition at Dubai World Trade Centre.

Meera wowed judges with her modern take on Emirati and Arabic classics and her inventive four-course menu — fattouche with raspberry molasses, five-cheese mushroom nest, mansaf with cherry pickles and karak crème brulee French toast topped with halwa — saw her crowned the champion of the event at the Middle East’s largest F&B exhibition.

“I was confident that I could cook but I had zero belief that I could actually win,” Meera tells Livehealthy. “I just wanted to do it for the experience – to make new connections, new friends. The other chefs who were with me were amazing and when I was standing there waiting for the results I never thought it would be my name. I was so surprised.

“I’d say my style is modern Arabic but it’s modern everything really. I never like to cook anything traditional or follow recipes and sometimes people get offended. But I like to add something surprising… a twist.”

After a rigorous week-long competition, Meera was selected as the winner by an expert panel led by Hilton Palm Jumeirah’s Executive Chef Kasdi Dahari, who also mentored the chefs through the process. Dahari felt the Emirati’s talent was clear from the outset.

“Meera finds joy in elevating classic dishes and making them special by combining new components and flavour,” he explains to Livehealthy. “The main reason she won was because the panel was impressed with her ability to elevate Emirati and Arabic dishes to a new level. She also has a very bubbly personality and knows how to communicate about her food to those who eat it.

“It was a pleasure to discover her ability to create new recipes; Meera really knows how to balance ingredients. Most importantly she is incredibly passionate about cooking and understands that that cooking is an art.”

That passion for cooking has developed since childhood and Meera has long been an ardent fan of MasterChef, following the fortunes of contestants across the many different global editions of the TV programme. She even took inspiration from the show for one of her challenges at Gulfood.

“I fall asleep watching MasterChef Canada basically every night,” Meera smiles. “It’s an amazing show and it definitely helped me when we had a zero-waste challenge. We had to use every part of the chicken and I made a chicken broth for the first time and crispy chicken skin — I got the idea from the show.

“It was just incredible to experience my first real-life competition, being around other chefs and using professional tools and great ingredients. It definitely felt like I was on
MasterChef!”

Meera’s reward for her victory is an apprenticeship with Hilton that will see her travel to the Hilton Costabella Resort & Spa in Croatia for two weeks to work with Deni Srdoč, executive chef at the hotel’s Michelin-star restaurant Nebo.

She has also been invited to design Ramadan buffet menus for the Hilton Doubletree Business Bay, as well as the Conrad Dubai and Conrad Abu Dhabi.

“The idea of being out there in the spotlight and people knowing I’m an Emirati is really a new thing. If you asked most young Emiratis what they want to be when they grow up you would probably hear doctor or an engineer but no one would say chef because many people don’t think it’s a legitimate career.

“But this isn’t just a hobby for me. I have loved food since I was a child and I think there is no better feeling than seeing joy on people’s faces when they eat my food. I studied political science and international relations but so what? Why can I not keep cooking for a living?”

Now a genuine pathway is emerging for Meera and she is excited about what the future may hold. Ultimately, she has dreams of owning her own restaurant — with a very clear concept in mind.

“Breakfast is my favourite meal so I’d love to open an all-day breakfast restaurant where people can eat breakfast at whatever time they like. I’d want it to be a cosy place, where people can gather and meet with friends, or come and study. The quality of the ingredients is important to me, so ideally there’d be a little farm next door too.

“I’d have to get used to having other people in the kitchen though as I usually don’t like anyone around when I’m cooking — it’s like therapy for me. Honestly, I don’t know what will happen next but I know I love cooking and I just want to share my food with other people.”

Why you need to keep good nutrition and hydration during Ramadan

10 of the best indoor cycling studios in the UAE