Menu
The words sustainable, organic and natural are used so often these days that they have become almost interchangeable. Then there are all those companies trying to cash in on the growing organic movement, adding words to packaging and making claims which have not been verified by a valid certification body – something Yazen Al Kodmani, operations manager at Emirates Bio Farm, is passionate about. “It doesn’t matter how many times you put the word ‘sustainable’ on... 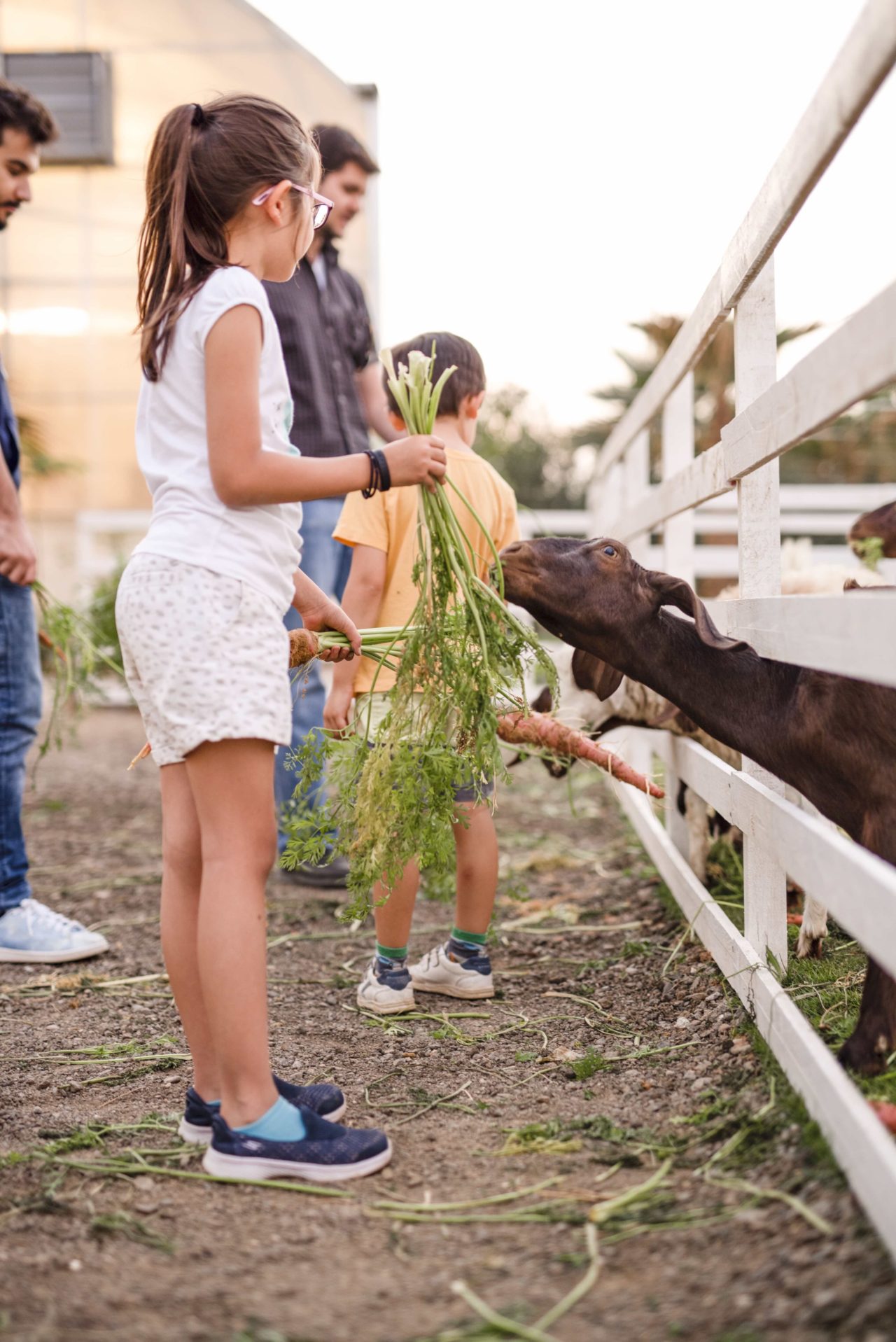 The words sustainable, organic and natural are used so often these days that they have become almost interchangeable. Then there are all those companies trying to cash in on the growing organic movement, adding words to packaging and making claims which have not been verified by a valid certification body – something Yazen Al Kodmani, operations manager at Emirates Bio Farm, is passionate about.

“It doesn’t matter how many times you put the word ‘sustainable’ on your packaging,” he says. “If you don’t have a third party that says you are, then to me, it’s just a marketing gimmick.”

That’s why the UAE’s largest privately owned organic farm is not only working to get more and more residents to eat organic and sustainable produce, but to educate the public about what exactly is involved in their work.

Located in Al Shuwaib, near Al Ain, Emirates Bio Farm is spread over 250,000 square meters. In February the farm hosted its first Organic Fest, welcoming certified organic brands, featuring talks from key players in the public and private sectors and drawing 2,000 visitors over two days. In partnership with the Dubai Food Festival, since last autumn, Emirates Bio Farm has held a series of  sold-out tasting tours and farm dinners as well as workshops for adults and children on everything from growing your own food to nutrition and skin.

The events are aimed at raising awareness about organic farming and the damaging impact of mass-produced crops.

In the UAE, organic farming is regulated by the Emirates Authority for Standardisation and Metrology (ESMA). To be certified organic means using no chemical pesticides, herbicides or fertilizers, although fertilizers made from plant and animal waste are permitted. Instead organic farmers use a variety of other methods – for example, planting rows of one crop between rows of another crop to keep pests away.

Emirates Bio Farm was launched after Emirates Bio Fertilizer Factory, (established in 1995 and now the largest fertilizer factory in the Middle East) developed an organic fertilizer for use on date palms. Their request for land was approved in 2016 and organic farming commenced six months later.

“We started on a square kilometer of pure desert and we’re only using 25 percent of the land,” explains Al Kodmani. “Over the last three years, we’ve moved into different areas. We’ve started offering organic eggs, we’ve set up online orders, we conduct tours and host corporate events and that’s elevated the brand into multiple areas outside farming.”

The farm now supplies all the UAE’s major players, including LuLu Hypermarket, Carrefour, Spinneys, Kibsons and Organic Foods and Café. Their most in-demand products are the everyday staples used by all nationalities and cultures, such as cucumbers, tomatoes, capsicums and eggplants or aubergines.

While Emirates Bio Farm’s growth has been swift, it has not all been plain sailing.

“Farming is always difficult because we cannot predict the weather and there are different kinds of pests,” explains Al Kodmani. “We try to address the water scarcity issue as sustainably as possible. There are droughts around the world and agriculture mostly gets the blame.”

By “agriculture,” he means energy-intensive crops such as grain, corn, rice and animal feed, which take up substantial farmland and lack the investment needed for more sustainable methods of farming.

“Farmers find rich, fertile land and plant a kilometer of maize or corn until the land becomes arid, and then they move on to new land,” explains Al Kodmani. “Then as  soil becomes scarce, you hear about farmers burning the Amazon forest. Money isn’t spent on adding animal manure or doing regenerative agriculture or crop rotation.”

Many farmers don’t realise that fertile soil is a finite resource, so another important part of operations at Emirates Bio Farm is land regeneration.

“If a farmer grows corn, then afterward he should plant a legume to put the nitrogen that was absorbed by the corn back into the soil,” explains Al Kodmani. “And after that, let animals on to the field to roam about and fertilize it.”

An Aussie journalist with a passion for snowboarding, CrossFit and the outdoors, Caitlyn is an freelance writer based in Dubai. She's previously worked at Time Out, 7DAYS UAE, Arabian Radio Network and Lovin' Dubai and has a serious coffee addiction.

Your own mindset and sanity are the most important things