Menu
In The Me You Can’t See, the Apple TV mental health documentary series with Oprah Winfrey, Britain’s Prince Harry is seen undergoing Eye Movement Desensitization and Reprocessing (EMDR). It’s a type of therapy that is recommended by the World Health Organization to treat post-traumatic stress disorder (PTSD). In one clip, we see Harry close his eyes, cross his arms and start tapping his shoulders — known in EMDR as bilateral stimulation — while recalling a... 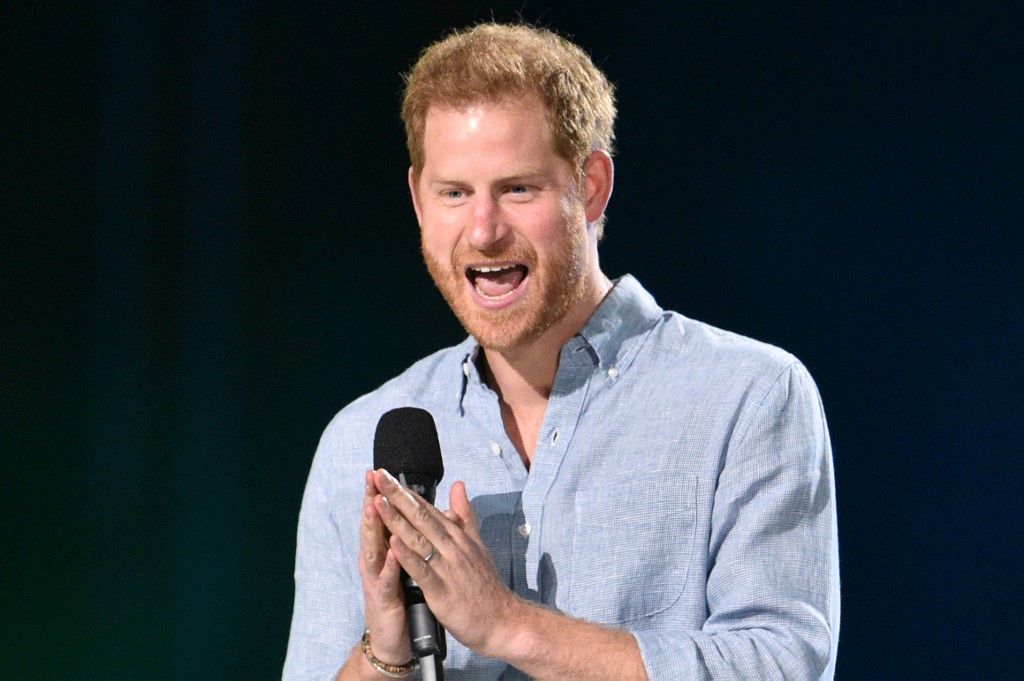 It’s a type of therapy that is recommended by the World Health Organization to treat post-traumatic stress disorder (PTSD). In one clip, we see Harry close his eyes, cross his arms and start tapping his shoulders — known in EMDR as bilateral stimulation — while recalling a memory. Watching this in action, I started to wonder how something that seems so simple, even a little gimmicky, can work.

It turns out, however, EMDR isn’t gimmicky at all — it’s a structured form of treatment that “focuses on healing emotional pain following traumatic life experiences,” explained Dr Catherine Frogley.

She’s a clinical psychologist at The Lighthouse Arabia in Dubai who uses the therapy with her patients.

“Unlike traditional forms of therapy, EMDR does not focus on speaking about the trauma or altering the emotions, thoughts, or physical responses related to the traumatic event,” she said. “Instead, it focuses directly on processing the trauma memories.”

The process involves identifying target memories that are believed to trigger and maintain the patient’s current symptoms, Dr Frogley explained. In a session, the individual is asked a series of questions to bring a target memory into focus while using bilateral stimulation, such as tapping or rapid eye movements, which enables them to process it.

The memory becomes, said Dr Frogley, “less emotionally painful and the individual gains new insights about the event.” She continued that “unlike other forms of therapy, the insights gained from the process are the client’s own, rather than what is interpreted by the therapist.”

EMDR was developed in the 1980s by psychologist Francine Shapiro after she realized that eye movements helped her to decrease the negative emotions that came up when she thought of her own distressing memories. While it was initially used to treat PTSD, today it is also used for everything from anxiety and depression to low self-esteem, phobias and grief. It can be particularly useful for those who find talk therapy a challenge.

Tanya Dharamshi, clinical director and counseling psychologist at Priory Wellbeing Centre in Dubai, explained that many individuals choose EMDR because unlike prescriptive medicines for conditions such as anxiety and depression, EMDR does not have any side effects.

“EMDR is suitable for both adults and children,” she said. “The number of sessions needed can range from six to 12 and is very much dependent on each patient.”

Dharamshi explained that it is common for initial sessions to cause a heightened sense of anxiety and distress as past experiences and memories are triggered, but as sessions progress the benefits will be felt.

“Evidence shows EMDR has long-term success rates and provides patients with the techniques needed to cope with current and future stressful experiences.”

And indeed, research suggests that EMDR works. Frontiers in Psychology, the largest peer-reviewed journal covering psychology, published an editorial in 2019 in which it cites a “growing interest” in the treatment and details numerous research studies that point to its efficacy.

Dr Frogley pointed out that while the vast amount of research available indicates EMDR is effective for those with PTSD, there are also early but promising results for other disorders.

“I must admit, I was very skeptical about EMDR when I first heard about it,” she said. “However, the more I’ve learned about it and the more I’ve used it within my clinical practice, the more convinced I am that it is a very effective treatment for people who have experienced traumatic life events.”

Body-centered therapies such as EMDR are becoming more popular in treating PTSD and other mental health issues. In the West, the body and the mind have been treated separately, but there is now an increasing shift toward a more holistic approach that acknowledges they are a single entity. In his book, The Body Keeps the Score: Brain, Mind, and Body in the Healing of Trauma, Bessel van der Kolk details how trauma harms our bodies by bringing about long-lasting physiological changes and highlights the importance of body awareness approaches to trauma treatment, which includes EMDR and even yoga.

Using body-centered therapies is integral to helping us feel connected to our bodies again — a connection that trauma severely disrupts.

“By paying attention to our body along with talk therapy, we can identify what our brain is telling us when we are recalling stressful or traumatic events, and work towards reprocessing the response to reduce the impact of the event,” explained Dharamshi.

Looking ahead, EMDR’s popularity appears to be on the rise, partially due to celebrity endorsements by Prince Harry and the likes of former Spice Girl Melanie B, but also due to the pandemic, explained Dr Frogley.

“I’ve seen an increase in referrals for trauma therapy over the past year, possibly due to the Covid-19 pandemic and its associated consequences,” said Dr Frogley. “I’ve also noticed more people are aware of EMDR therapy as an option. I feel this is due to greater interest in mental health generally and greater knowledge about the impact of trauma.”

EMDR sessions are available at Priory Wellbeing Centre and The Lighthouse Arabia in Dubai. Sessions generally last from 75 to 90 minutes and range from  Dh700 to Dh1,000 depending on the clinician, their experience and qualifications.

Andrea Anastasiou is a journalist with perpetually itchy feet and no fixed address. She writes about mental health, travel, and wellness and lives in Kathmandu, Nepal. 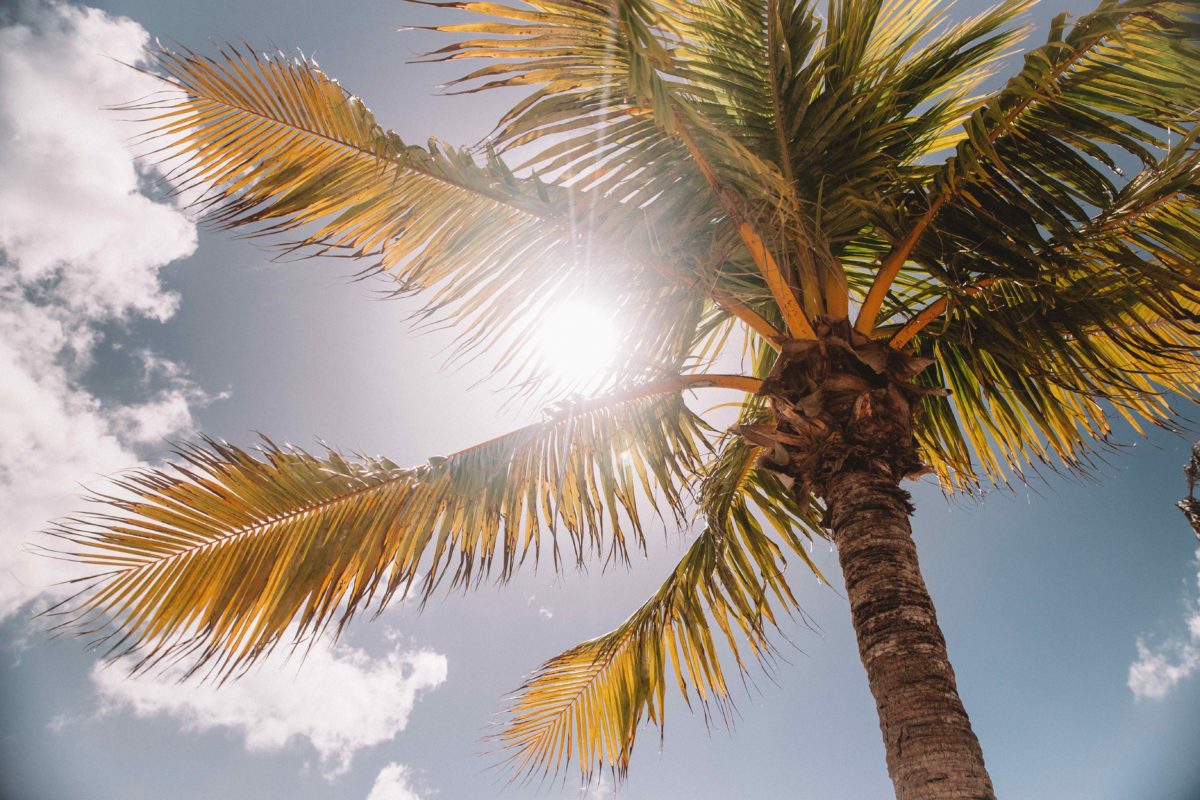