Menu
Eating disorders (ED) impact about nine percent of the population worldwide, according to the National Association of Anorexia and Associated Eating Disorders. Dr Teizeem Dhanji is a consultant child and adolescent psychiatrist from the UK and join lead on Lighthouse Arabia’s ED service. She spoke to The Livehealthy Podcast as part of Eating Disorders Awareness Week (February 28 to March 6 2022). Not only has there been an increase in incidents throughout the pandemic, this is... 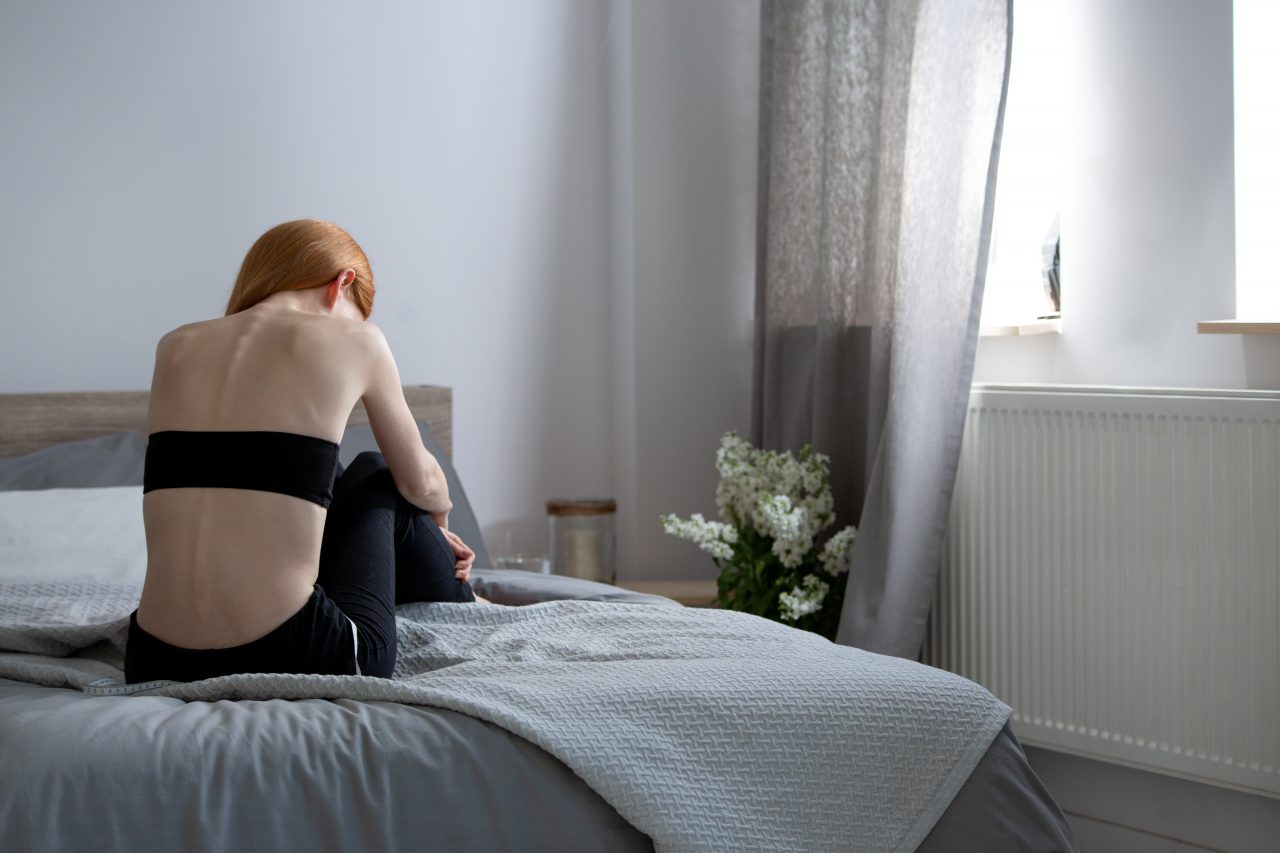 Eating disorders (ED) impact about nine percent of the population worldwide, according to the National Association of Anorexia and Associated Eating Disorders.

Dr Teizeem Dhanji is a consultant child and adolescent psychiatrist from the UK and join lead on Lighthouse Arabia’s ED service. She spoke to The Livehealthy Podcast as part of Eating Disorders Awareness Week (February 28 to March 6 2022).

Not only has there been an increase in incidents throughout the pandemic, this is one of the psychiatric disorders with the highest mortality, Dr Dhanji points out.

One study of university students in Abu Dhabi showed that 24 percent of those questioned could be considered as having disordered eating attitudes, while 75 percent were dissatisfied by body image. LightHouse Arabia has a multidisciplinary team devoted to treating eating disorders, and it includes psychiatry, psychology, and dietetics, as well as free support groups.

“We all have body image issues,” says Dr Dhanji. “That’s one thing that we can’t hide away from, and there’s a lot of messages that come through social media, and things like that. It’s important that we’re trying to think about, ‘how do those body image issues affect our day-to-day life, and are they actually affecting the way that we function?'”

Has Covid made things worse?

COVID-19, lots of us were thrown into chaos, everything changed around us. There was a lot of changes in terms of things like homeschooling, or people working from home, changes to routine and structure. That’s created a lot of anxiety in people. A way that people tend to control anxiety could be by controlling their eating.

It might feel that that’s the only thing that people feel able to control when other things around them seem to be in chaos. There has been an increased incidence of people both in outpatients and inpatients during COVID-19 with eating disorders. If we think about staying at home, watching ourselves on the screen during homeschooling or during Zoom meetings, for work, there’s an overemphasis on, how do we look, what’s our appearance like comparisons, those types of things. It’s actually added to a lot of issues that people may have had even from the start.

As a result of that, I think COVID-19 and the effect that that’s had on people’s loss of routine, not being able to do outdoor activities, spending more time on social media, has led to an increase in eating disorders.

Are more people resorting to surgery as a result of eating disorders?

There’s such wide access to bariatric surgery, especially in this region. Often, people who may have a poor relationship with food may use food as a way to cope with emotions. If they have pre-existing body image issues, that can be really difficult because actually, they might not understand the long-term impact of having something like bariatric surgery, and the changes that might happen not only psychologically, but physically. We’ve seen lots and lots of patients that would come to us after maybe two or three different types of weight-loss surgeries.

They still have some of the behaviors that they had when they started to binge eat, for instance. There needs to be a lot of awareness in terms of trying to think about ‘what is the mental health component of these things? And how is that being addressed before going into some type of weight loss surgery or intervention?’ I think those two are the main things that we’re seeing.

What’s the range of disordered eating you see?

Often, we’ll see that people who do develop eating disorders are people who may have had some pre-existing difficulties, that would be possibly anxiety. It may be low self-esteem. There’s lots of risk factors for developing an eating disorder, genetics, personality issues. It might be that somebody is quite perfectionist in their personality or has quite a rigid thinking style. Maybe they’re more susceptible to social media images, and things like that.

It may be that there’s an addition of the risk factors, but it’s probably considered to go from disordered eating to an eating disorder when it starts to affect your functioning, when it’s starting to affect your mental health, that people become so preoccupied that actually, they can’t function as they normally would in the day, without thinking about the effect that it’s having on their body shape, their eating. Often people will come to us and say that all they’re thinking about is the next meal and how they’re going to compensate for the meal that they’ve just had.

What would you advise parents who see this in their kids to do?

My biggest advice is to seek early support. What you want to first of all do is have a conversation with the child. You want it to be a very compassionate and empathic conversation, because I think if you come from an accusatory tone like, ‘I noticed that you skipped breakfast, I noticed that you’re doing this’. That’s never received well, particularly if it is a disorder that person is developing or has developed. Coming from a place of compassion and trying to understand, maybe saying, ‘I’ve noticed that this happened. Can you tell me a little bit more about this?’ Having a very soft approach to approaching the young person initially.

Getting some more information from school, what’s happening when the young person is at school? Trying to make an assessment of how they are physically, are they noticing any changes like hair loss or feeling dizzy when they’re waking up, those kinds of things. Then getting some early interventions, so going to a GP or contacting some specialist services. Even if it is just for the parents to initially come and have a conversation and say, ‘This is what we are noticing, what do we need to do? How do we approach it?’

Does this happen in young children?

We’ve seen in younger children, it’s usually when they’re not able to meet their nutritional and energy needs, either because of avoidance of food or restriction of food. That can be for a variety of reasons. Worries about adverse consequences, like maybe fear of vomiting or worries about choking. Maybe they have sensitivities to texture of food, so that might be seen in autistic children, commonly. What that means is that the young person it’s usually younger children, age 5 to 10. They usually come in with a lot of significant weight loss. Parents will say, ‘Oh, he’s always been a fussy eater. He’s always been picky with his food. He only eats nuggets and chips’ or whatever that might be. Because of the awareness of things like that, we’re actually seeing a lot of patients come in.  In the past, they probably wouldn’t have, they probably would’ve said ‘he’ll grow out of it. It’s just fussy eating’.

Those children do really well and they can do really well quite quickly with support. A lot of it’s to do with parent training because the children are usually quite young but with support from as multidisciplinary team I’ve seen lots of those types of patients do really well increase their variety of food, do really well nutritionally. I’ve seen very young children, eight-year-olds coming in with developing anorexia. Often they don’t understand it themselves. It’s not that they have insight into it or they understand how they developed it.

It might be that they just wanted to eat healthy and then the brain changes meant it developed into an anorexia. It’s not that they consciously were trying to lose weight. Those younger patients do really well with a bit of support and tend to recover really quickly.

Part of that is underreporting. I think generally males find it difficult to go to their general practitioner for any disorder, let alone an eating disorder. Particularly if eating disorders are seen as a female disorder, it’s even more difficult for males to come in. When we do see young boys and men come to the service, it’s often at a time where actually it’s been going on for a long time, they’ve been struggling for many, many years. That’s when the severity is higher, the mortality and the morbidity is higher in terms of what’s going on. Again, early intervention gives you better prognosis, so I think it’s really important that even for men.

Actually, there’s a recognition that men suffer from eating disorders too and that they need to get support early.

Can you offer us some hope?

The research shows that without treatment, eating disorders usually last for about six years. If you come for treatment and you notice the symptoms and signs early and you get specialist support, we often anecdotally see patients who come into the service and between six months and a year, are in a place of recovery. That’s really important. That early intervention is really important.

How I learned to reduce my pain and live with fibromyalgia