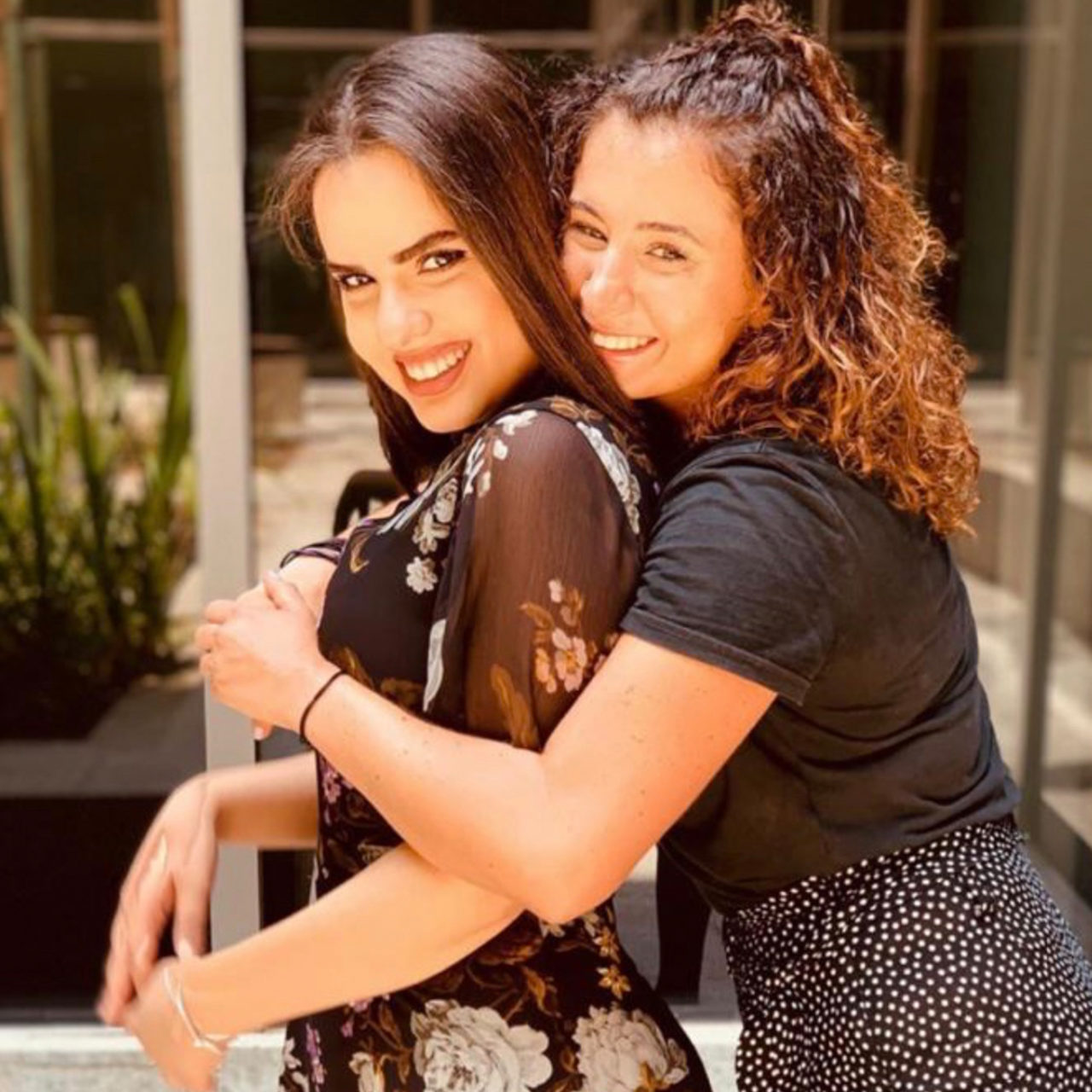 They’re young, they’re hip and they’ve got a lot to say: Maram El Hendy and Lana Makhzoumi are the DXBabies, hosts of one of the most popular podcasts in the Middle East.

It all started when they recorded themselves chatting in the janitor’s cupboard at the PR company in Dubai where they worked.

“After the third podcast we got an email from Apple, saying they wanted to meet,” Makhzoumi told The Livehealthy.ae Podcast.

The tech giant keeps a keen eye out for Arabic content so the girls thought little of it at first.

“Then, when we met them, they said, ‘You do know why you’re here, right? You’re number one in the UAE!’’

Less than a year and 29 episodes later, DXBabies have more than 350,000 ardent fans who love listening to their lively musings on – well, absolutely everything. They may be young but they are wise beyond their years, with a talent for articulating what their audience is thinking and feeling. As Makhzoumi puts it, “It’s like our therapy.”

Take rejection and vulnerability, possibly two of the scariest feelings for anyone, let alone anyone young and living in the UAE. DXBabies are on a mission to take the stigma out of those feelings and they do it by talking about their own.

“Personally, I think as human beings, we’re not trained to accept rejection,” says Hendy. “We’re always told to strive to be the best. I’ll admit that I’m one of those people who won’t take part in something if I can’t be sure I’ll be in a good position or if I feel I’ll be rejected at some point. And I feel parents instil this in their children subconsciously. They think they are pushing their kids toward winning and achieving, but they end up forcing them to be reserved and afraid of taking risks for fear of failure and rejection.”

This mindset is more common in girls and women, she adds. Hendy believes it is their very competitiveness that enables men to handle rejection better and not let it hinder their ambition.

“Men are so competitive and they fail at a lot of things, but they don’t care. Even in the way they approach women, you can tell they are okay with being rejected. They get over it and move on. It takes them two seconds and they’re on to the next one. Why are we females so hung up on getting rejected? Why can’t we move on?”

This fear of rejection is what holds many women back in their careers, says Makhzoumi.

“It’s not because women are incapable, it’s because they’re scared. Men tend to get more salary raises because they’re not afraid to ask for them, even if they get rejected. As women, we have this thing that we can’t be rejected because rejection equals failure, equals insecurity, equals confidence destroyed. With the podcast we’re trying to change this narrative.”

Even though they are of the generation that has never known life without social media, they recognize it often presents a falsely perfect reality.

“Women feel they have to live up to this perfection, and it creates so much pressure that we’re not confident enough to say, ‘I deserve that raise,’” says Makhzoumi. “I love the body positive movement but there isn’t enough of it yet to make that positive change in attitude, at least not here. In Europe and the US they are on the way but in the Middle East, it’s still ‘get your lips done or your eyebrows, put it on Instagram’. So much of that is still flooding everyone’s feeds.”

On the other hand, social media did encourage Hendy to stop straightening her naturally curly hair.

“Curly hair wasn’t the beauty standard. I was always the odd one out – even my siblings have straight hair,” she says. “I stopped relaxing it two years ago when I found ways of caring for curly hair on social media. Curly-haired girls are like a cult – stop putting those harmful chemicals on your hair just to please society! I do find people treat me differently with straight hair. I want to normalize curly hair as a professional style.”

Mental health, which the coronavirus pandemic has highlighted as never before, is another top topic for a DXBabies discussion.

“There’s still a stigma about it,” says Hendy. “My parents still say ‘why are you talking about it? You’re not sick’. Crying is the physical manifestation of your feelings – it makes your feelings tangible. Now I feel I can have a candid conversation with my dad about it and understand where the negativity comes from. The most successful people speak to psychiatrists. It’s about organizing the mess in your head.”

Makhzoumi hopes her cousins back in Lebanon can be inspired by hearing about her own experiences with therapy. “In our part of the world, [therapy] is not normalized. Mental health is even more important than your physical health because it’s you talking to yourself and your thoughts contribute to how you are physically. If you’re speaking to yourself in a positive way, your physical self is going to reflect that.”

The restrictions and isolation imposed by Covid-19 has made people more open to vulnerability, she adds – and it is no bad thing because it addresses that ever-present fear of rejection.

“Vulnerability is the most beautiful gift you can give yourself and others, I truly believe that. The reason people don’t show vulnerability is because they’re scared of rejection by society. As soon as they decrease that insecurity, the more they’re able to be vulnerable. Being honest with who you are builds your character, even if you do get rejected.”

Though these women grew up in different places – Hendy in Dubai and Makhzoumi in Canada – they “clicked” instantly after meeting at work, and their podcast grew out of the conversations they were already having. But broadcasting those conversations is very different from talking in private. Showing their own vulnerability has not been easy.

The DXBabies, Maram El Hendy and Lana Makhzoumi, were guests on The Livehealthy.ae Podcast on September 27, 2020.

Expert: What to do about suicidal thoughts

Traveling to the Maldives during Covid