Menu
Since its first facility opened in the UK more than 25 years ago, Fitness First has grown into a global behemoth, with more than one million members and 10,000 employees worldwide. It may be an industry leader, but Fitness First is certainly not immune to changes in the fitness landscape. Chains and large-scale facilities are increasingly falling out of favor these days. Just as in the tourism sector, where people are turning to boutique hotels,... 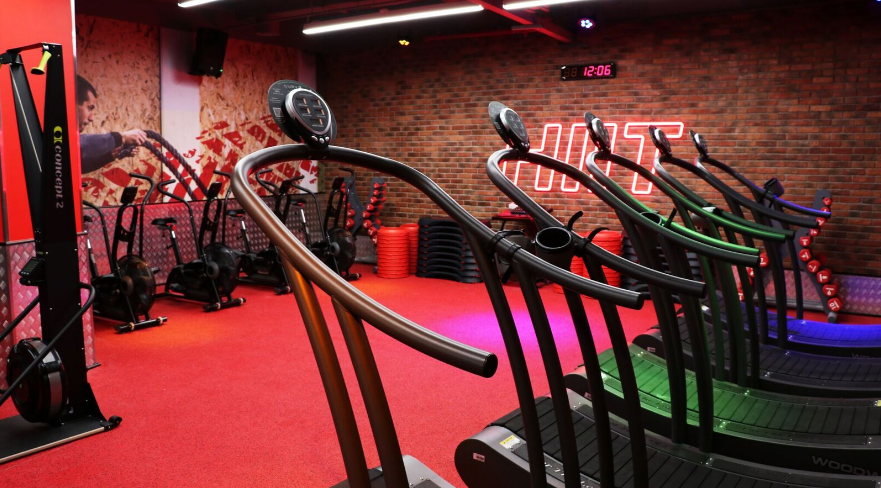 Since its first facility opened in the UK more than 25 years ago, Fitness First has grown into a global behemoth, with more than one million members and 10,000 employees worldwide. It may be an industry leader, but Fitness First is certainly not immune to changes in the fitness landscape.

But rather than hit the panic button and try to reverse a quarter-century of history, the UAE arm of Fitness First is trying to adapt to the needs of the modern fitness consumer. Alongside its traditional gym at Dubai’s Meadows Town Center, the company recently opened XFit, a three-in-one studio concept that offers three distinct spaces: LIFT, HIIT and BOX.

Ryan Thomas, the national programming manager at Fitness First Middle East, was one of those responsible for designing the new space. When the first XFit facility opened in Dubai seven years ago, it focused solely on CrossFit. After some tinkering and reinvention, Thomas feels the newest incarnation is the best yet.

“We’ve recognized that there is a huge movement toward boutique-style concepts across the region and globally,” Thomas tells livehealthy.ae. “Generally they are CrossFit-based or concentrate on high intensity functional training, but there aren’t many that combine different elements.

The studio, independent from the original Fitness First gym next door, and with its 10 specialist classes, all offering an element of one-on-one support, has already attracted some of the original’s members.

Listening to both existing members and the marketplace was key for Thomas and his team when designing the facility.

“We wanted to create an opening for new business but also new interaction with existing members,” Thomas explains. “We find that most members who train in the space convert after two or three trials. Obviously they come and try it out because they want something different.

“With this location in The Meadows, we also see great potential to reach out to people in JVT, JVC, and other similar areas where there is relatively limited opportunity for people to work out at the moment. We want people to come from there.

“The long-term idea is of course to do more of these boutique-style concepts. The benefit of Fitness First is that we can create boutique facilities that have the very best in class and of course we are everywhere too — meaning that we can provide opportunities for a wide spectrum of people to train.”

At the Meadows, boxing was chosen to sit alongside the more obviously popular disciplines of CrossFit and HIIT, due to the challenges of the modern lifestyle.

“I think anyone who has hit something before really enjoys it – there is something really primal about that experience,” Thomas says. “People are in a constant state of stress so allowing them to smash a bag for 45 minutes can make a lot of difference.”

But Fitness First plans to be flexible when it comes to the pillars offered at each subsequent boutique facility.

“We chose boxing here but there’s no reason we couldn’t have a hot yoga studio or something different. There are some great concepts we are working on that will hopefully come to fruition in the next couple of years.”

At present, the XFit studio is unique to Fitness First in the UAE, as the company explores how to use the space on its sites more creatively in order to respond to industry demand — both here and abroad.

But with the popularity of CrossFit and group exercise showing no signs of abating, could the traditional “chain” gym be at risk?

“Honestly, I think training and weightlifting at traditional gyms will always be there,” Thomas says. “But yes, we are seeing that the complexities and time restrictions of modern society means people generally want to get in and get out.

“This is what XFit offers, but beyond multiple programming in the same space, our long-term goal is to provide skills through coaching so people have real transferrable fitness systems and a space to use them.”

How to improve your most important relationship