Menu
And don't get the actress started on the evils of sugar. 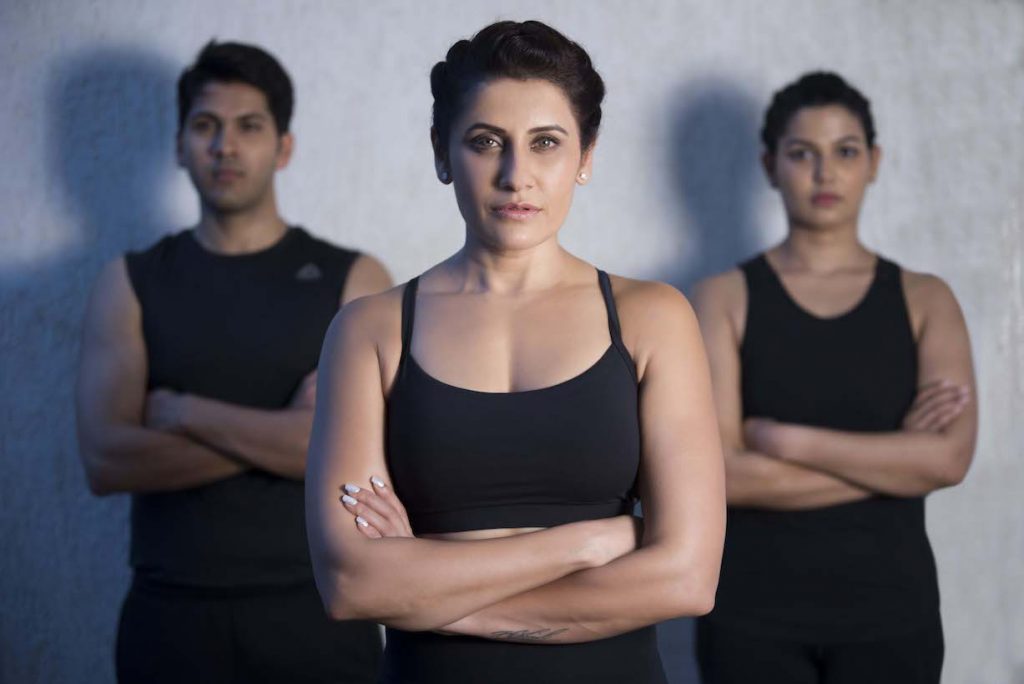 Although she may not be able to dance like Bollywood stars like Katrina Kaif, Deepika Padukone and Alia Bhatt, the 48-year-old veteran trainer does know how to get them into serious shape.

With 26 years in the fitness industry, a business she originally went into for pocket money and fun, Karachiwala’s Mumbai-based Body Image brand is fast expanding. She’s opening a new studio in Delhi this month; Jaipur and Ahmedabad are up next. It’s been mere weeks since she put her name on The Pad, a new pilates and dance studio she opened with her niece in Dubai’s The Greens. (A previous collaboration in the emirate didn’t work out, so Karachiwala wants Dubai’s fitness crew to know anyone else using her name is doing so without her permission.)

Before opening The Pad, Karachiwala insisted that her niece Shaazia Qureishi train for a year in Pilates, so she could approach the venture like an instructor rather than a business manager.

The Pad offers mat classes and a variety of Pilates equipment, including the Reformer and the Cadillac. There are parents and children’s dance classes and sessions in post-natal movement, too.

But always, Pilates is at the core.

“For me, Pilates is almost like meditation. It moves you but the movement is very mindful. It’s not just moving your triceps or your biceps,” she explained. “And the breath you use in Pilates really calms your mind. Because it is not just on the inhale: you focus on inhale and exhale. Joseph Pilates used to say you have to ‘out the air to in the air.’”

Each session is designed to safely build strength and correct misalignments, with each and every movement stretching out various parts of the body. Pilates is often a recommended practice for people with misalignments and injuries, and The Pad can handle that, too. At her studio in India for example, Karachiwala taught a young girl who had an infection in her spine when she was born. She was sent to the classes by a doctor who wanted to strengthen her core.

“When she went for surgery the doctor was really happy with the way her body was,” says Karachiwala, emphasising Pilates is a sport people of all ages and abilities can do and find challenging, from hardcore athletes to people who’ve never exercised before.

“You can do it with anyone, from the age of 10 to 100. Sometimes, I get people who are 60, 70 who come into my studio and have never worked out and they are really scared to do anything,” she said. “I can [design a] workout for them, and in the course of the workout, it’s really helping their body get balanced and I think their body gets symmetry, strength.”

Depending on one’s ability to pay for it – with mat classes at The Pad starting at Dh70 and going up from there, Karachiwala concedes Pilates is expensive – it’s also the kind of exercise that can be done many times a week.

“Pilates is that kind of workout,” she says. “It nourishes your body.”

Karachiwala has a lot of firsts in a country that has been slow to take to the fitness movement: she was one of the first people to be certified as a group trainer, and to bring Pilates to India 14 years ago.

“I’m one of the first people who started calling people to my place,” she says. “Because I didn’t want to waste time traveling, I started a little makeshift studio in my apartment.”

Training Bollywood actresses happened by accident, says the co-author of the 2015 book Sculpt and Shape: The Pilates Way. Kareena Kapoor was the first celebrity who came to her 15 years ago, before she’d even started teaching Pilates.

“I was shocked and I thought, ‘Oh my God, this can’t be happening,’” she said. “She spoke about me and then it was very organic.”

Karachiwala runs a tight ship with the Bollywood set. As their days are packed with everything from fittings to dubbing sessions, delays are bound to happen.

“What’s good is when you teach them to respect your time, they do,” she says. “So if they are running late they will call me. They will pay for the session that they’ve missed. They don’t expect a freebie.”

As she approaches 50, but has people thinking she is in her 30s, Karachiwala is the best advertisement for her services.

“That’s what working out does to your body,” she says. “Of course, having said that, the food has to be clean. It’s not just exercise, it’s not going crazy.”

The trainer does not believe in diets but she is a zealot in her opposition to sugar.

“Sugar is the evil of all things – it’s the worst thing you can put into your body,” she says. “Most people just say, ‘I’m not eating sugar because I’ll put on weight.’ But eating sugar is so bad for you in so many other ways.”

Her opposition was bolstered when her father sought treatment for Stage 4 cancer five years ago with a German oncologist who opened a clinic in Mexico.

That doctor not only spoke about how sugar attracts and feeds cancer cells, but also about how little time he had been required to spend studying nutrition in medical school.

“If you don’t respect your body, if you put your body through a lot of things that are not meant for it, it weakens your immunity,” she says, “and that’s when you get diseases.”

To fish oil or not to fish oil?

Get your skates on and head to Abu Dhabi's Corniche