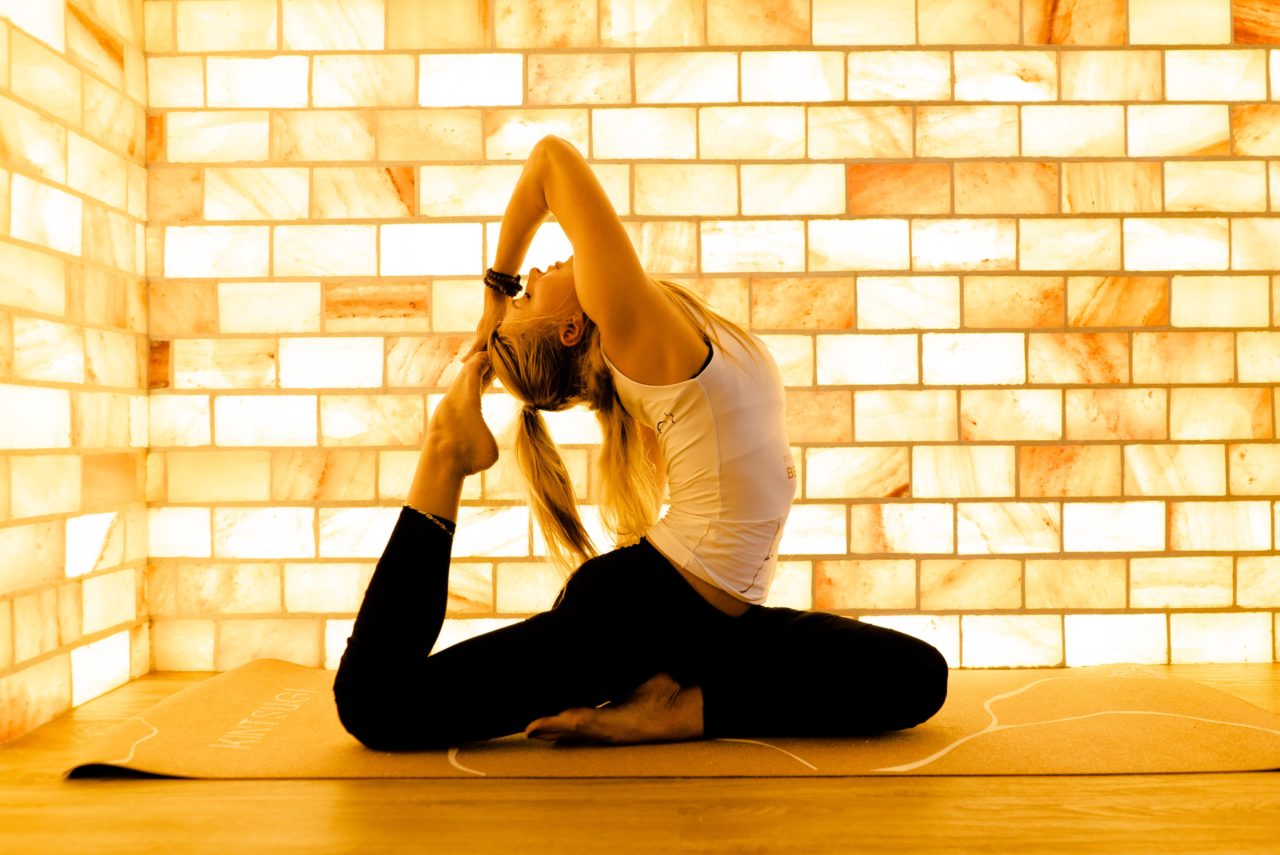 Kintsugi Yoga Studio is rooted in Kintsugi, a philosophy that involves embracing flaws, that celebrates brokenness in the belief it can help people feel whole. Or according to songwriter Leonard Cohen’s Anthem, “there is a crack in everything; that’s how the light gets in.”

Garishma Daga may have been brought up in the spiritual tradition of India, but when it came time to open a yoga studio in Dubai, this yogi went straight to Japan for influences.

Also known as Kintsukuroi, the practice is literal in Japan, where they have made an art out of “golden joinery,” or repairing broken pottery with a lacquer made out of powdered metals: gold, silver or platinum. As a philosophy, it treats breakage and repair as part of the history of an object, rather than something to disguise or hide. When it comes to yoga and mindfulness, the idea is that people can accept their own fragility and discover deeper levels of self-worth.

As for special features you won’t find in the city’s other yoga studios, Kintsugi is loaded with them. The Zen Salt Room has to be a Dubai groundbreaker, offering gentle classes surrounded by walls built entirely from pink Himalayan salt bricks. The room also has a “Halo generator,” a device that grinds salt into aerosol particles and then releases them into the room’s air.

The rock salt is derived from evaporated lakes and seas, sourced from deep underground caverns near the Himalayan mountains, and is used in different therapies to supposedly improve skin, promote sounder sleep and even to treat asthma and other respiratory conditions.

The studio, located in Business Bay’s Aspect Tower, will offer a range of tougher and traditional styles of yoga in other rooms, including Ashtanga, Hatha and Vinyasa, as well as Tai Chi, Qigong and Zazen meditation. Classes in The Origami Room will reflect the Japanese art of paper-folding, celebrating the idea of bending the body to bring about not only new shapes, but new thoughts.

In The Samurai Room, a nod to the legendary warriors of medieval Japan, on the menu will be Warrior, Yin and Dance Yoga and soon Samurai-Jutsu martial arts classes, with instructors from Bujinken UAE (sadly, not involving swords).

The centre is just coming off its two soft opening weeks. Full prices and schedules will be revealed as it moves into regular programming this weekend.

Five ways to get into running as a beginner

Sensing Memory through dance, Sima Dance Company's "If Only I Knew"