Menu
Here’s everything you need to know about this record-breaking race, plus top tips from the pros on how to go the distance 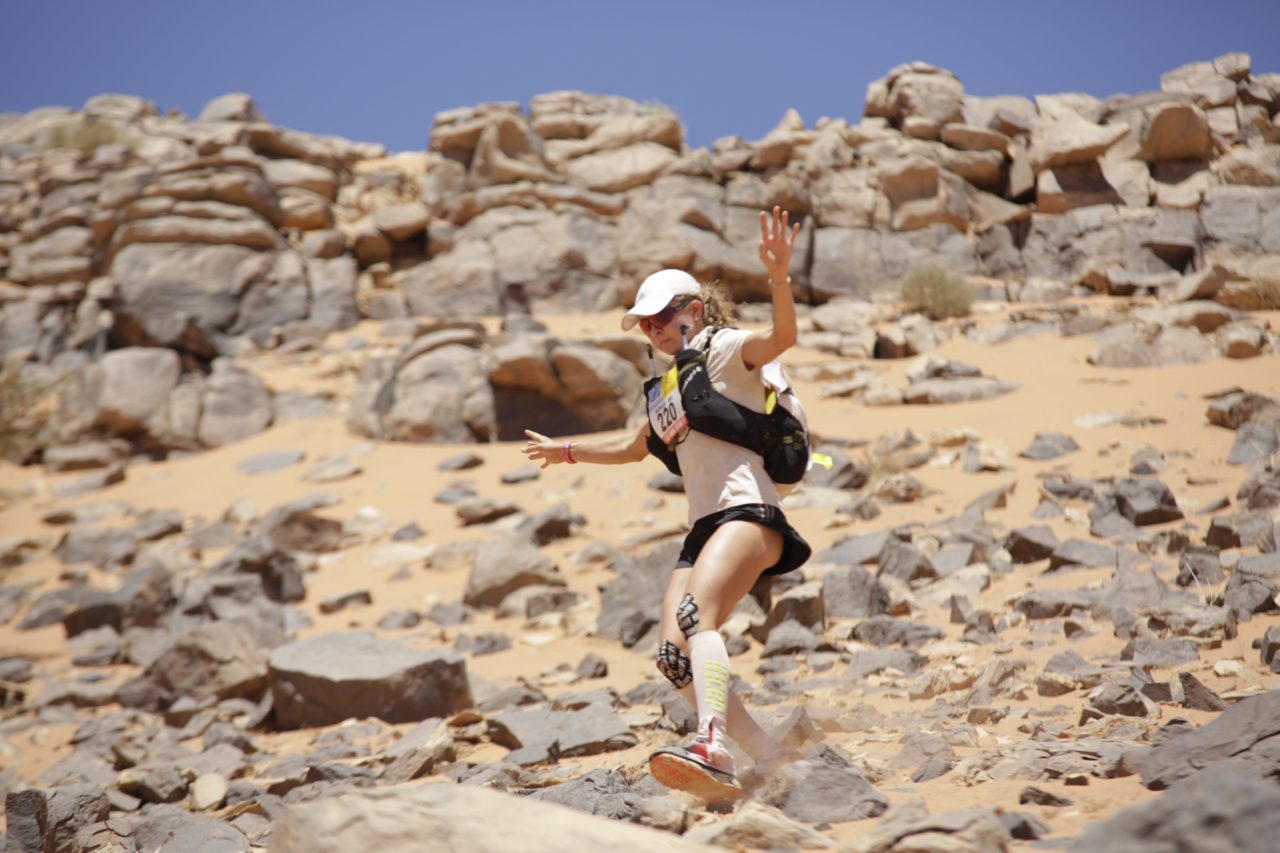 The first Al Marmoom Ultramarathon kicked off in the middle of the desert on a Tuesday in December (2018) and its 400 participants didn’t stop running until 270 kilometers had passed under their feet, sometime on Saturday. They were required to finish by 7pm – if indeed they finished at all. In addition to the 270km full race, there were continuous 100km and 50km ultra runs.

All are still significantly longer than a standard 42-kilometer marathon. As the course is marked every 500 meters, there was no worry about getting lost.

Ultra runners must be over 18 and able to provide a medical certificate that says they’re in good health. They must also bring an ECG printout that’s no more than one month old. On the course, if an accident does happen, runners have a “panic” button that will immediately alert emergency services. Each runner wears a special tracking device from SamTech Middle East, which means their friends and family can follow along.

Here’s everything else you need to know about what goes into five full days of intense competition and tough conditions.

Well, at least when it comes to desert ultra marathons. Al Marmoom Ultramarathon stretches a whopping 270km. This means the race pushes runners to their absolute limits, testing athletic endurance, mental strength and physical capabilities. They are expected to run 50 kilometers on the first and last day, 70km on Wednesday and on Thursday, when they are allowed to be out on the course until midnight, 100km.

Previously the Marathon Des Sables was the longest desert race. Tom Otton, managing director of Dubai’s Create Media Group and a runner for more than four years, says completing it was life-altering.

“Running 250km across the desert, self-supported, taught me a lot and changed the way I think about many areas of my life,” he says.

The total value of prizes sits around $8,000 (Dh29,380), spread across trophies, medals and cash. This means that in addition to being the world’s longest desert marathon, the Meraas race has the largest prize purse.

Those many, many hours of running involve some seriously scenic sites. Terrain alternates between a mix of desert and hard sand tracks, varying between flat and sand dunes.

The Emirati academic, who has shed 50 kilograms in three years, completed a 327-kilometer run from Fujarah to Port Zayed in Abu Dhabi last February.

3) Slow and steady wins the race

Natalia Sedykh, a 30-year-old Dubai-based ultra marathon runner, won the 250-kilometer Marathon Des Sables in 2016 and the Oman Desert Ultra Marathon in 2017. Due to an injury she didn’t do the Al Marmoom Ultramarathon, but served as an ambassador for it.

Sedykh started doing ultra marathons because her foot was too weak for middle to long distances due to injury. “I wasn’t able to fix it and keep a high speed, so I decided to do very long distances.”

Also, having a coach to help with training is essential, says Otton.

“Even if you’re an experienced marathon or middle-distance runner, taking on an ultra is a very different proposition.”

Otton says participants in the Al Marmoom Ultramarathon are in for a wild ride.

“It’s unlike any other,” he says. “It challenges you as much mentally as it does physically. There’s a constant battle between mind and body, and if your mind wins, it’s incredibly satisfying.”

“Just remember that your body is designed to survive,” he says. “So it’s always going to tell you to stop. It’s up to you if you listen.”

Also, no one else can push you into this kind of test of endurance, cautions Sedykh.

“It has to be a conscious choice,” says Sedykh. “Everyone has their own motivation. I wanted to win.”

At many times throughout the four days, the mental challenges can at times overtake the physical pain of moving for so many hours in a row. All the training in the world won’t help if you give in to the temptation to quit, she cautions.

“Ultra marathons are tough,” says Sedykh. “Even if you’re physically ready, be ready mentally. Keep a positive mind and don’t give up.”

But they must pack. An ultralight bag must contain, among other things: a metal knife, safety pins, night clothes and $200. The entire journey is meant to be self-sufficient, so runners must bring a very precise amount of food for the entire race. Bedouin-style tents are provided throughout the race, and camping buddies are selected at random.

If the runner receives any outside food or water – any help at all – it means a time penalty of three hours. If they need an intravenous drip, it’s another three-hour penalty. A doctor must determine if they are then fit to continue.

For runners to succeed, their equipment preparation must be meticulous, warns Sedykh. “It’s much more important than you think.”

Runners must have already figured out what their body needs, particularly when it comes to nutrition and hydration, says Otton.

The average ultra marathon runner will burn around 400 to 600 calories per hour. Cortisol levels also rise as the race goes on. “Longer distances require a very different strategy,” says Otton.

As Dr Andrew Murray, a Scottish doctor and ultra marathoner puts it: “Nothing will scupper your performance on a desert run more than having trashed feet.” More than 90 percent of ultra-run dropouts and visits to medics are due to foot problems. To prevent this, organizers recommend a number of measures, including training feet up to such distances, strapping them and learning proper care for the toes.

Not surprisingly, the number one challenge is keeping sand out of shoes. That means runners need to know how to use sand gaiters, a sort of bag system for your feet. Buying shoes at least one size bigger is also recommended, as feet will swell.

7) There’s a massive focus on the environment

The race happens at the Al Marmoom Desert Conservation Reserve, meaning there are heaps of regulations in place to protect the surrounding area. Absolutely no litter is to be left anywhere. Runners can’t light fires, which are provided for them at campsites. Rock formations can’t be touched or defaced. Plant foliage must not be stepped on. Plastic bottles have a very precise disposal routine. There are no loos, meaning each participant takes care of themselves. All human waste must be buried 20 to 25 centimeters below the surface. Any infractions and the runners face time penalties.

“Often you’ll discover yourself up mountains or across deserts,” says Otton, “and that is an adventure in itself.”

#balloonsblow: Those balloons you keep releasing are hurting animals and marine life