Menu
an instructor at Surge, a studio in Dubai Media City, thinks more can be done to encourage men to take up spinning. 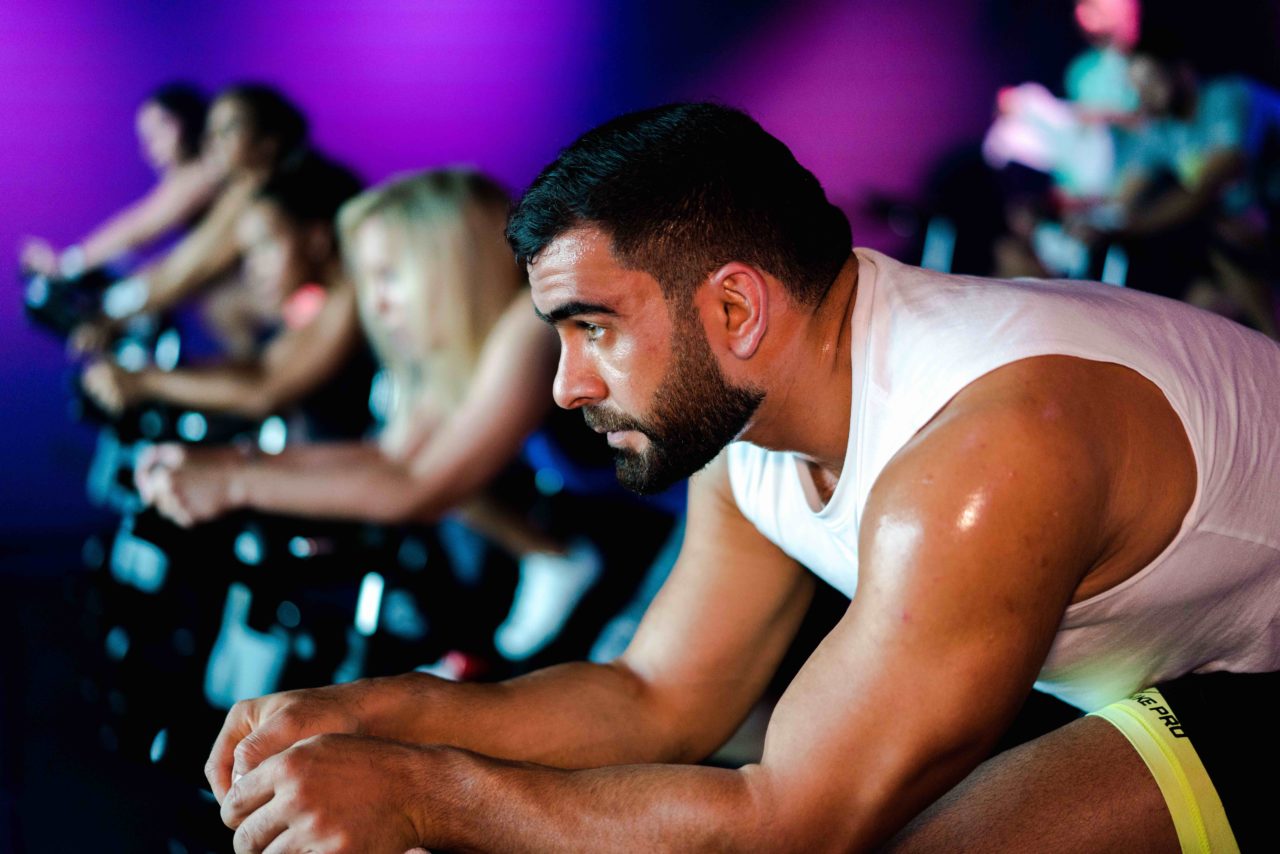 More men are realizing the benefits of spinning as a workout.

Group exercise classes are becoming increasingly unisex and Will Robb, an instructor at Surge, a studio in Dubai Media City, thinks more can be done to encourage men to take up spinning.

Blasting out classics from the likes of B*Witched and The Corrs, Will Robb is unashamed of his love of cheesy pop. It seems his class is on the same page. Smiling and humming along as they push against the increasingly high resistance of their bikes, they are having fun while feeling the burn.

Spinning classes, or the Les Mills version RPM, like most group exercise, have traditionally welcomed more women than men through their doors. At Surge, the studio where Robb leads several classes a week, there are still markedly more women than men. But the former British Army Physical Training Instructor (PTI) is noticing a shift in mentality.

“There has been a perception for a while that group exercise is better suited to women but I just don’t buy it,” Robb says. “I think maybe a lot of men wonder if they’ll get as much out of it as a workout at the gym. Anyone who comes knows the answer to that is a resounding ‘yes’.

“The mindset is definitely changing and I think the rise in popularity of track and road cycling has had a knock on effect. We definitely see more men in spinning classes then we did five or 10 years ago. Guys are starting to understand that you don’t have to go to a dark dungeon and be a knuckle dragger with big monster weights anymore.”

Educating men about the benefits of spinning — notably that it is more than simply cardio — is vital to help build numbers.

“To say spinning is ‘just cardio’ is crazy,” Robb says. “I play this one track, Uprising by Muse, and it is pure resistance. Big, heavy turns that take you to your anaerobic threshold and really get your muscles working. Big compound movements. It’s all about working that high intensity, then bringing you back down to recover and then being able to go again.

Robb’s Northern Irish charm, coupled with a desire to move away from the heavy-beat dance music that admittedly still punctuates a lot of spin classes, has helped him build a loyal following.

“My classes are hard classes but I want people to have a little bit of fun on the bike. Music that will bring a smile to people’s faces. One of my favourite tracks is Queen’s Don’t Stop Me Now — you see people light up but then the music also pushes them hard.

“I love playing big crowd-pleasing music as people will sing along to it inside their heads or they’ll work hard to it. I want people to go away feeling about six inches taller and proud of themselves for getting through that 45 minutes. It is far better for an instructor when you have engaged riders and the riders prefer it too.”

A shift away from traditional gyms to boutique studios has played a role in making spinning and other group exercise classes more mainstream, with apps like GuavaPass and ClassPass helping it become more accessible and affordable.

“In the UAE there has been an explosion in boutique studios,” Robb says. “From a spinning perspective that means a greater range of instructors and routines. Les Mills previously had a bit of a monopoly on spinning but those days have gone.

“Although we all spend a lot of time putting together our classes, the experience feels less pre-choreographed than it did. It feels more organic and people gravitate towards instructors whose classes they enjoy and the studios where they work.”

The Surge studio in Media City is where most of Robb’s classes take place. A more ‘outdoor experience’ is achieved thanks to Real Ryder bikes, complemented by the view from the window of the Burj Al Arab down a long stretch of Al Sufoh Road.

“The ‘outdoor experience indoors’ mantra is one that most spinning studios have at the moment but the Real Ryder bikes definitely help with that. You can feel like you are going around corners and your bike will be unstable when you are standing up so you are forced to engage your core.

“I know a lot of spinning classes do things like tap-backs and push-ups on the bike but I’m veering away from that because you don’t see people outside doing that on the bikes. If you did, people would laugh at you.

“Hopefully that means that people who like cycling outdoors will like these spin classes. With the summer season approaching in the UAE, people will now start gravitate towards cycle studios and it’s good to make it realistic for them.”

Will Robb leads spin classes at Surge in Media City.

Babywearing 101: From carriers to wraps

Postnatal and got diastastis recti in Dubai?