Menu
If you switched off your phone or missed a workout, don’t worry: here’s how to catch up on the Dubai Fitness Challenge. 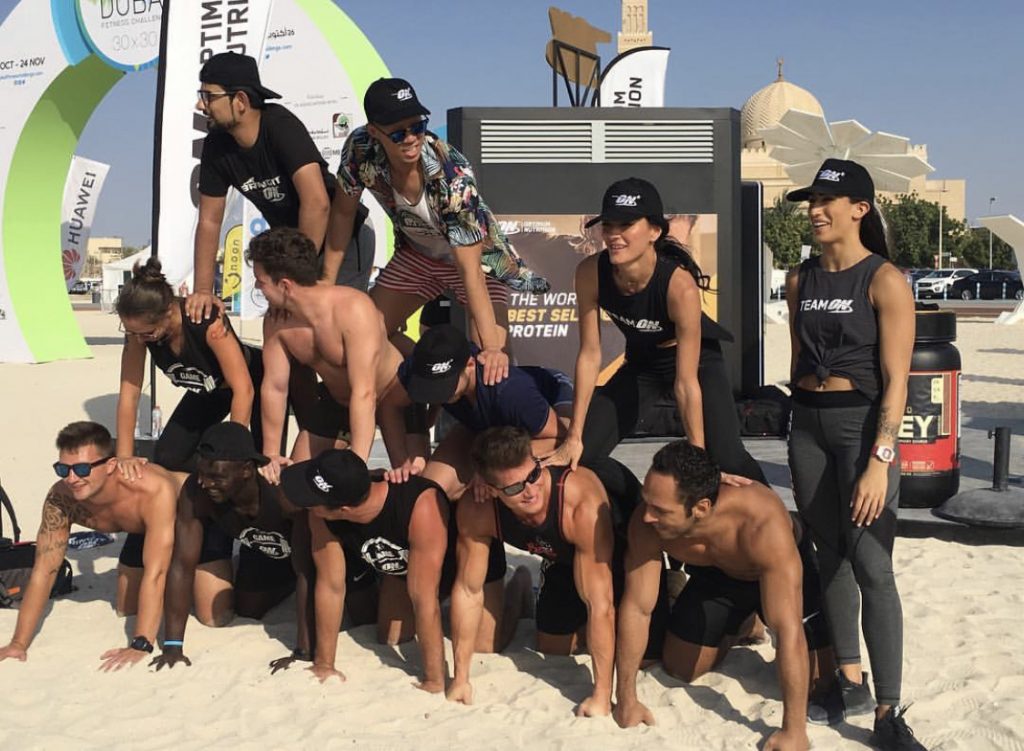 Brands are, perhaps unsurprisingly, getting incredibly involved in the excitement of the Dubai Fitness Challenge (DFC), also known as the Dubai 30×30. Joining names like Red Bull and Montblanc, Gatorade hosted a workshop last week looking at how sports drinks fuel fitness. All seats were full; we even saw some fitness pros standing in the back.

Women’s Best, another sports supplement company, got in on the fun by releasing a giveaway in partnership with Instagrammer Zoe Anderson, aka ZoeHappyFit.

Red Bull UAE has launched a campaign challenging people to share what they can do in 30 seconds, with ambassador and Crank co-owner Nuno Costa Fernandes demonstrating how many crunches he can get through, and ambassador Shaikha Al Qassemi working through an impressive number of squats. All of this intense activity is, presumably, fueled by wing-giving Red Bull.

Regardless of what kind of watch is worn, runners have been getting involved with the Nike running challenge for DFC. This involves running 30km in 30 days.

Log any distance jogged on the Nike running app, and if you finish all of them expect to be selected for a special Nike running experience.

And on that note, some very brave athletes completed the Wadi Bih Run over the weekend too. The course was deemed by quite a few as the toughest yet, with mountains stacked on top of mountains and a solid 3am wake-up call. One team got lost, but noted the stunning sunrise and their complete lack of any regrets. Journalist and livehealthy.ae contributor Ashleigh Stewart posted a photo revealing she climbed 93 floors — a total of  44,144 steps.

The running theme continued with two more massive events. The Color Run provided clouds of photogenic (but difficult to inhale) puffs of chalk. It was, as it always is, incredibly popular. Meanwhile, the Dubai Festival City Half Marathon had runners jogging around the Creek. If all the runners inspired you to try a creek race, you’re out of luck: the upcoming — and incredibly popular — Creek Striders Half Marathon sold out ages ago.

The rivalry between GuavaPass and ClassPass has continued to heat up over the last few weeks. Both companies offer workouts across multiple gyms and fitness studios at one monthly price. GuavaPass launched first in the UAE, with ClassPass being the internationally backed newcomer. This week, we hear rumors of a ClassPass founder being in town — and working out to prove it.

Almost as trendy as workout apps are coworking spaces. Nook, a coworking space in One JLT, has just rolled out free yoga classes around Dubai 30×30. The venue is aimed at fitness professionals, with an onsite gym and yoga studio. Danielle Blaker, aka GypsyFitDXB, teaches the free yoga classes on Thursdays at 6pm, with the first one happening this past week.

And what’s a good workout without great kit? We’ve seen so, so many brands roll out new looks recently. Under Armour have released their Project Rock collection in the UAE. The oversized jumper has been deemed a fitness favorite. Lorna Jane ME have a new tropical range out, done in printed leggings and pinks and blues. Meanwhile, Adidas and Reebok both are embracing more in-between sizes, particularly when it comes to female styles.

If you’re more interested in how to get involved than what’s just happened, keep an eye on livehealthy.ae this highlighting what’s next for the Dubai 30×30.

The Dubai marathon man is halfway through his Dubai Fitness Challenge

What should we do about plastic and pesticides and a bunch of other gross things in our food?