Menu
Erika Doyle couldn't find non-alcoholic drinks when she moved to the UAE, so she started her own company selling quality alcohol-free drinks online. Business is doing so well that Drink Dry is expanding to other Gulf countries 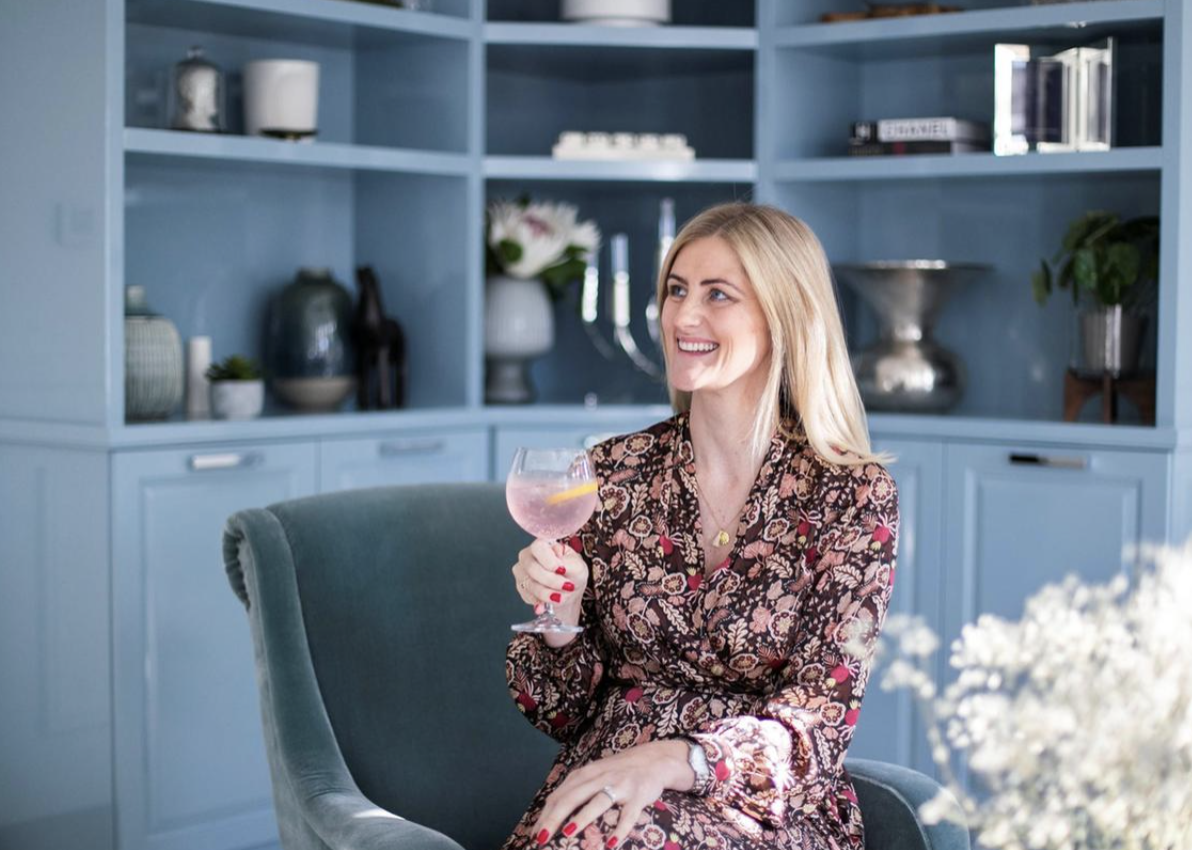 Business is booming for alcohol-free beverages. Globally, the market in low/no alcohol (NOLO) beer, wines, cider, sprits and ready-to-drink beverages such as alcopops (fruit juice or soft drinks sold ready-mixed with alcohol) is expected to grow by 34 percent by 2024.

Despite evidence suggesting that people were stockpiling alcohol and drinking more during lockdown, the reverse also appears to be true, with the pandemic highlighting “that moderation and wellness trends continue to resonate with consumers,” according to the International Wines and Spirits Record, which compiles and analyzes data on the world alcohol beverage market and concludes: “The low-and no-alcohol sector has remained resilient through the crisis.”

Non-alcoholic drinks now account for more than half of the overall beer industry. According to a report by alliedmarketresearch.com: “Health and wellness have significantly posed a positive impact on the food and beverages industry. Increase in awareness of various health problems associated with alcohol has shifted the consumer preference from alcoholic drinks toward nonalcoholic drinks.”

The World Health Organization reports that around 3.3 million deaths are reported every year due to the increase in consumption of alcohol, which corresponds to around one in 20 deaths.

In October 2019, Dubai resident Erika Doyle launched Drink Dry, selling alcohol-free beer, wine and spirits online. Since then, the company has expanded to supply the hospitality industry and supermarkets both in the UAE and is making moves to further afield in the Gulf. The growth of the “sober curious” movement proves the mother-of-three is in tune with the mood of the times.

Why do you think so many people are sober curious?

The pandemic has made everyone stop and think about their physical and mental health and how they want to live their life. Pre-pandemic, we were all so incredibly busy with work, kids, juggling life, going out with friends. We were running around like little hamsters on a wheel.

When it all had to stop it was a good time to reflect and look back and see where to make changes. Certainly, physical health was a huge driving factor in people giving up alcohol, but so was mental health.

Consuming alcohol makes us feel anxious, on the edge. And then people were just curious about non-alcoholic drinks. From the research we’ve done, 50 percent of our customers are non-drinkers who are very happy to have found Drink Dry, where they can finally enjoy adult, sophisticated drinks and not face questions about why they’re drinking lemonade. And the other half are people simply trying to drink a bit less. They still enjoy a glass of wine and going out but maybe at home they’re having a non-alcoholic gin and tonic a few times a week instead of the alcoholic version.

What was the driving force behind Drink Dry?

My husband I stopped drinking alcohol about six years ago when we living in the UK and it was a good time to do it because lots of exciting non-alcoholic products were coming out. You had to search for them a bit to buy them but they were there and the quality was fantastic.

The idea of non-alcoholic drinks is not new but they had always had a bad image. I remember my dad drinking non-alcoholic beer 20 years ago and the taste was awful. What has changed dramatically is the quality. When customers try our beer they can’t believe it’s non-alcoholic because the quality is so good. So giving up alcohol for me felt easy because we didn’t feel we were missing out.

But when we moved to the UAE two years ago, it was very different. The whole concept of non-alcoholic drinks was alien. There was nothing available in the supermarkets, nothing online. If you asked for something non-alcoholic in a restaurant you got sparkling water. if you asked for a non-alcoholic beer, you got ginger beer and it even cost the same as an actual beer! If I don’t let my kids have sugary drinks because they’re not good for you, why would I drink them myself?

So the idea for Drink Dry came out of my personal frustration. I knew there were products available and people were enjoying them elsewhere in the world. The market for them was booming but over here we were being overlooked.

How did people respond to Drink Dry?

From the beginning, I understood that if we could not educate consumers and the industry about non-alcoholic drinks, if we couldn’t bring them to life, so to speak, there would be no business.

We started with a strong social media campaign. We read about this sober curious movement and when we launched in December, just before Christmas, we were genuinely overwhelmed with the response. We launched with just five products and we were having to fly in more because we were running out. Then came dry January and people were loving the products. As a consumer, if you’re happy with a company, whether it’s their product or their service, you talk about it. Our growth was very organic and it exploded on social media.

From the beginning we created a very enjoyable shopping experience. Our site is easy to navigate and orders get delivered in four to six hours throughout the UAE. That blew people’s minds a bit and created a bit of excitement and the rest just followed.

Even a year ago when we tried approaching hospitality groups, they weren’t sure the demand was there. Then people started ordering from Drink Dry and asking for our products when they went out, so the industry came back to us. They could see the demand.

A retailer approached us wanting to stock our drinks. A month later, a hospitality group approached us. Then came smaller independent cafes and everyone from hotel chains to hair salons.

We are an easy option for bartenders because instead of using 20 different ingredients to make a mocktail, our non-alcoholic gin has 15 to 20 botanicals, all in one bottle, and it makes a sophisticated drink.

Supplying airlines is also in our plans. Whether it’s subliminal or not, people do tend to drink too much on planes so we have a chance to change that and offer a choice.

Were you surprised at how much people drink here?

My first experience of Dubai was back in 2012 because my husband has had a business here since 2010, so although we only moved here two years ago, we’ve been going back and forth for a lot longer. The times I’ve seen really heavy alcohol consumption have all been in Dubai. The drinking culture is huge, particularly among expats, but I also think it’s changing, very much so.

People used to dismiss or even ridicule non-alcoholic beers. What has changed?

Manufacturers are trying more and achieving better flavors. The demand is there so the technology follows.

In our non-alcoholic beer range we have blends, which have never been fermented (so they have never contained alcohol) but have been cleverly mixed, and we have beers from which the alcoholic has been removed, but gently so the quality is not affected. One of my favorites is our Belgian  blond beer, which is really tasty. We have just launched a stout blend, like Guinness, which has chocolatey-vanilla notes and is really delicious.

As an ex-drinker, my choice would be sparkling wine so we have crisp, prosecco-like wines on our list.

What would you say are the incentives for changing your lifestyle?

The reason for my change had nothing to do with my alcohol consumption. Six years ago, my husband and I were trying to start a family but it wasn’t happening for us. We had all the medical checks done and were told that everything was fine, which is the most frustrating answer.

So if there is no medical issue, you start to think outside the box. One of the things I was advised to do was to change my lifestyle in general — eat better, sleep more, exercise more. Giving up alcohol was part of that. It still took a year for me to fall pregnant but it was a great year. I got so much fitter and healthier and felt really good about myself.

Compared to my life before, I have a lot more time. I have three kids aged four, two-and-a-half and two months, a full-time job, a husband and friends and life is busy but I’m amazed at how much I manage to cram in. If I was drinking and not feeling my best, I wouldn’t get half of it done. Now I sleep better so when I wake up I feel rested and ready to go. I’m not wasting time because I feel unwell or anxious. That’s the biggest benefit for me.

Many people fear that life will be less fun without alcohol….

I would say, just try it. You literally have nothing to lose. See how you feel the next day and then do it for another day and another. Everyone who tries Drink Dry products is really very pleasantly surprised at how good the taste and quality are and that goes a long way in helping people sticking to better habits.

Nobody nowadays asks why you don’t smoke so I hope that in five, seven or 10 years we will get to the same acceptance of non-alcoholic drinks. I would love it if we didn’t need to have the conversation any more about why not drinking alcohol is better for you.

Erika Doyle, founder of Drink Dry, was a guest on The Livehealthy Podcast on….

Is exercise addiction at thing? Yes, here are 6 signs

Why you need to keep good nutrition and hydration during Ramadan