Menu
The Swedish practice of death cleaning could give the Japanese-born Kon Mari method a run, if Marie Kondo didn't have a brand new Netlfix show. 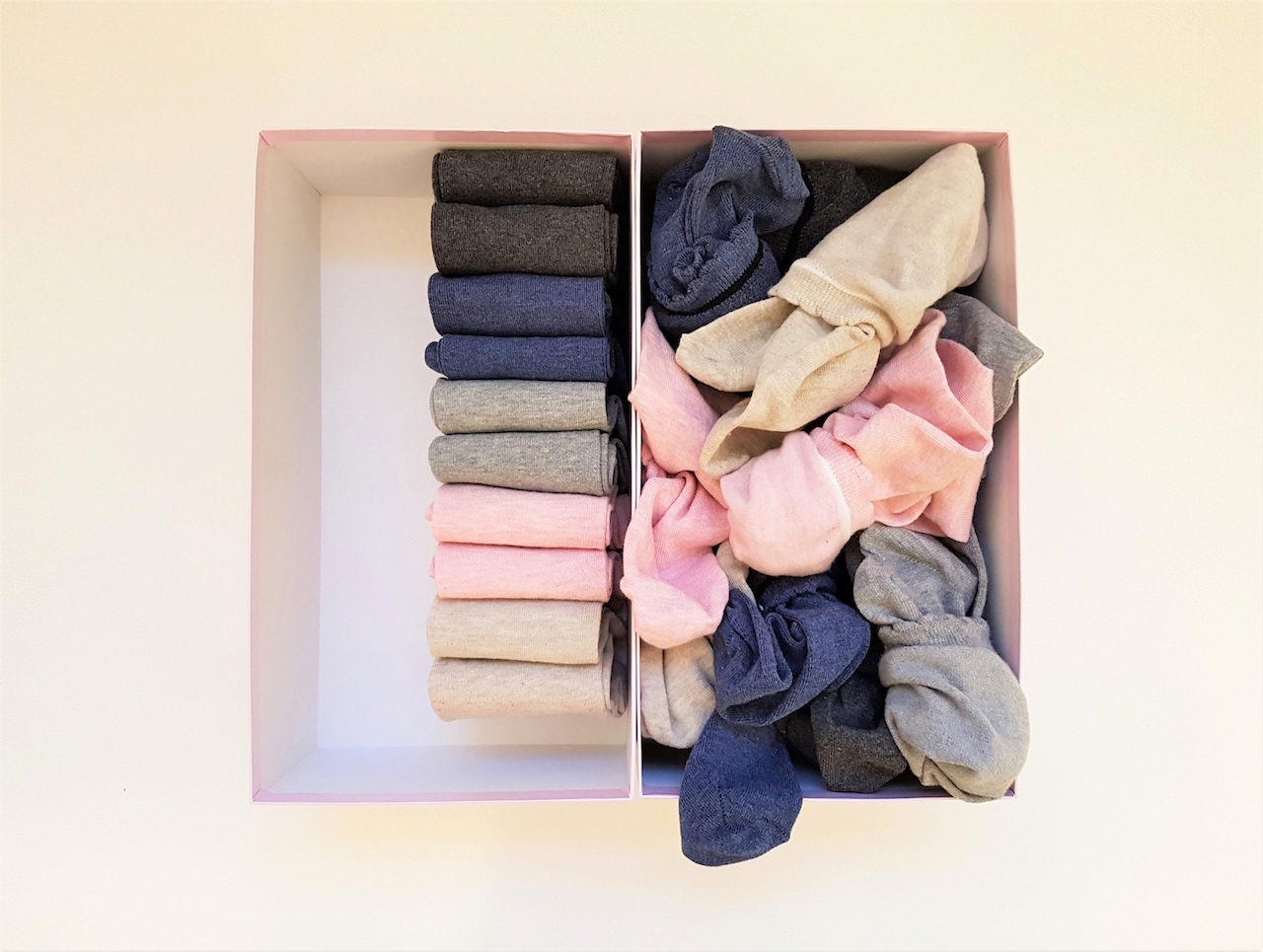 Anyone who might cast their eye to the upper third of my kitchen would come on a strange sight: a pair of 1970s-era spectacles.

The glasses are hideous: thick, light-brown plastic, slightly smoked lenses in the style of the day.

Still facing the weight of all those personal things all these years later – the wooden cat holding the fishing rod, the books on opera – is it any wonder I’ve no patience for tchockes? And that when I purged my apartment of extraneous items over the recent Christmas holidays, I imagined someone having to deal with each and every one in the event of my early demise, as a sorting mechanism?

What I didn’t know was that I was “death cleaning.”

This month marks the US release of author Margareta Magnusson’s book on the subject, The Gentle Art of Swedish Death Cleaning. From the hybrid Swedish term dostadning, death cleaning suggests that we should declutter to make our death that much easier on those we leave behind. Not surprisingly, Time magazine reports that Magnusson thinks we all have too much stuff, and that we feel better when we get rid of it. But she also extends the concept to acquisitions, too. 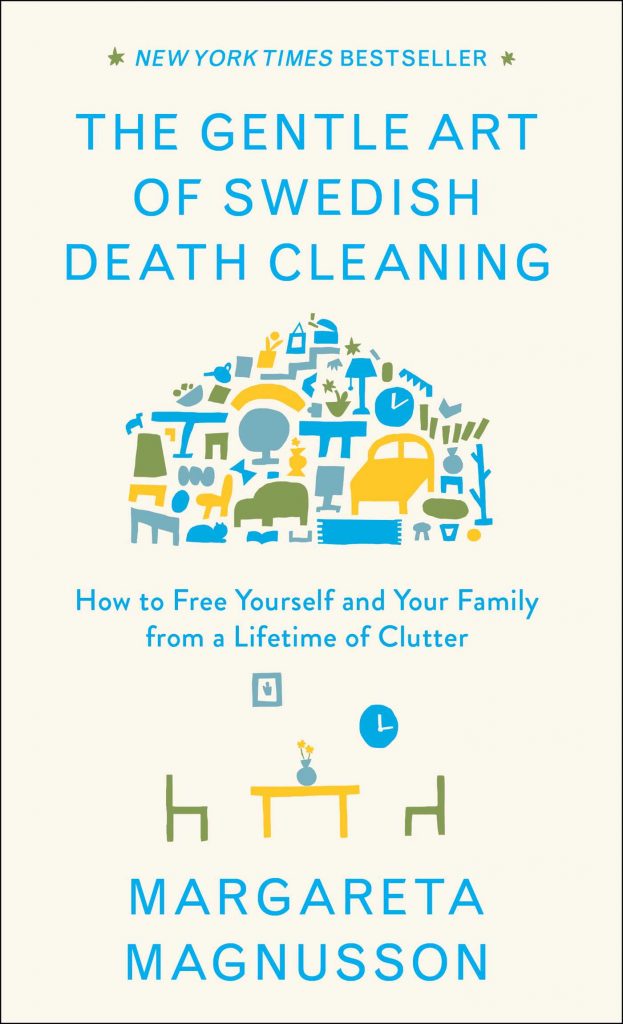 “Don’t collect things you don’t want,” she says in a YouTube video. “One day when you’re not around anymore, your family would have to take care of all that stuff, and I don’t think that’s fair.”

The author tells the Australian website Whim that people should either donate or sell the items, or give them to a loved one.

Magnusson also recommends keeping a “throw it” box for personal items, one that family members will know to toss. (But will they, I wonder?)

If you are thinking it all sounds a bit morbid, fine. But this is actually a pretty solid way to start living a simpler life, says Shelina Jokhiya, founder of the Dubai-based company DeCluttr Me.

For Jokhiya, it’s also preferable to Japanese organizational expert Marie Kondo’s Kon Mari Method, which is the subject of a new Netflix series Tidying Up with Marie Kondo. It has to be a testament to the strange first-world obsession with first acquiring, then getting rid of, “stuff” that there is an entire show based around people in the US who can’t seem to figure out how to do it for the life of them. The show may even be proving as popular as Kondo’s 2014 international bestseller of a book, The Life-Changing Magic of Tidying Up. CNN reports anecdotal evidence that thrift and books stores in the US are seeing a spike in donations in what is normally one of their slowest seasons.

Kondo famously asks people to empty their closets and drawers into large piles, which she then divides into categories. Jokhiya is pleased Kondo has brought so much focus to the issue of clutter and how unhappy it can make people. But she doesn’t have much patience for Kondo’s methods, which have sparked zealous devotion. They require a special folding style so clothes stand up in drawers, while Kondo’s main tactic is asking followers to assess whether items spark joy in them, and then telling them to use that gut feeling to decide what stays and what goes.

“Most of her context doesn’t work for people who don’t live in Japanese houses or don’t have time to sit around and fold clothes this way,” she says. “That whole sparking joy thing doesn’t work. Most of us don’t have stuff that sparks joy – we need it to cut vegetables or food in the kitchen.”

And as Kondo – who has twin toddlers – tells the lost young parents of youngsters in the first episode, everyone falls behind sometimes.

“Even my house gets cluttered sometimes,” she admits.

Magnusson’s concept, on the other hand, is something Jokhiya can get behind. Not only will it ease yours and your family’s mental burden while you are alive, it will help after you die, too. “Death cleaning, I love,” she says. “I think it’s a brilliant idea. The whole concept of clearing up before you pass, so people don’t have to be burdened is great.”

That goes for digital clutter too, a situation which crept up on all of us.

“It was never a thing we were told from the beginning,” says Jokhiya. “We just got burdened with it and it goes on and on and on.”

You can vow to delete unused photos and apps, and organize digital files, from this day forward. Because in the end, says Jokhiya, it would be a terrible job for someone else.

“You know what has sentimental value and meaning,” she says. “Your kids or friends may not have any idea.”

Whatever method you use, it’s hard to deny that clearing unwanted clutter out of your life leads to greater happiness. And as for those glasses of my mother’s, I know she would tell me to throw them away, but I can’t bring myself to. I won’t let another trip home go by, however, without sorting through her stuff for my dad.

Could you be suffering from postpartum depression?

The Emirati life coach: Clear your book and your negative assumptions