Menu
When Renos Fountoulakis headed from Dubai to Zanzibar in 2016, he was hoping to unwind from his job in the financial services sector and enjoy the beauty of the beaches and resorts with his wife and brother.  Yet something the 36-year-old from Greece saw during a trip to the village of Kizimkazi, where families of eight lived in small houses made of mud and palm fronds, changed him forever. “I looked around and saw some... 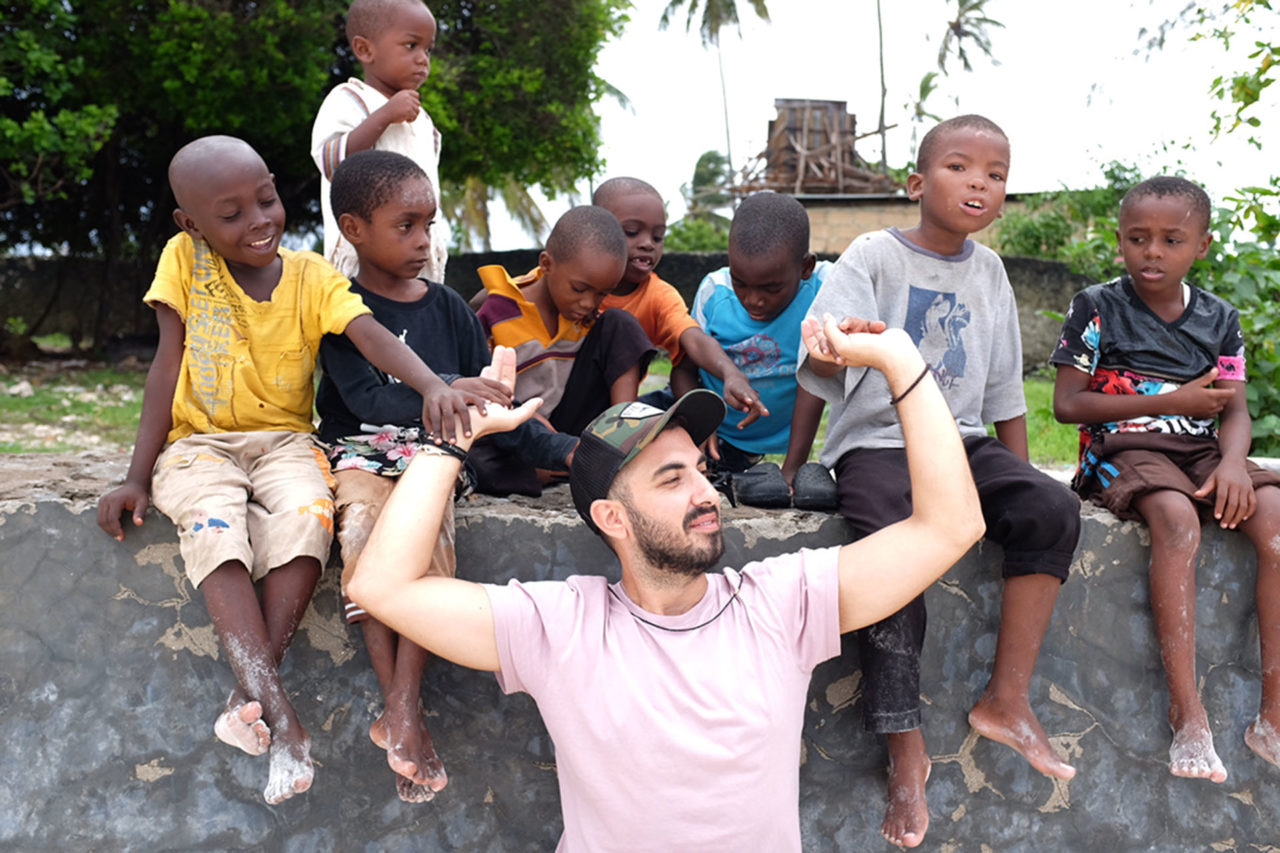 When Renos Fountoulakis headed from Dubai to Zanzibar in 2016, he was hoping to unwind from his job in the financial services sector and enjoy the beauty of the beaches and resorts with his wife and brother.

Yet something the 36-year-old from Greece saw during a trip to the village of Kizimkazi, where families of eight lived in small houses made of mud and palm fronds, changed him forever.

“I looked around and saw some kids playing in this yard,” he says. “They were poor and barefoot, but they looked so innocent and happy.”

Not only was he prompted to reevaluate what was important in life – what brought him and others joy – but he was left wanting to help those children have a better life.

On that same trip, he found the man who would be his partner in that task. Casiano Mbise sells batik and when Fountoulakis stepped into his textile store near the village, the two men got talking. Mbise explained that he had learned English from another tourist, which had helped him in starting his own business. Now he wanted to pass on to his community the help and hope he had been given.

And so CR Hope (the CR being the initials of their first names) was born.

The two men joined forces to build a school for the children of Kizimkazi. Mbise donated his land – his only asset – while Fountoulakis provided the cash, making an initial investment of US$65,000 (Dh238,000). Additional funds come from donations and personal investment from the founders. Fountoulakis is based in Dubai while Mbise works on the ground in Kizimkazi to supervise and monitor the day-to-day construction of the school and liaise directly with the workers and suppliers.

Seeds of Light, which is scheduled to open in January 2020, will operate as a nursery school in the morning and a training institute for adults in the evening. In addition to the school, CR Hope has provided 2.5 tons of supplies, including clothes and food, to the village.

“You just do it because your intentions are good and it can have a good impact,” says Mbise. “This is the principle we want to teach our children in our school. The principle of giving back to life the gift of your existence.”

Seeds of Light will function as a private school that is free of charge. Currently the village, which has 800 children, only has school spaces for 200 of them.

The CR Hope foundation expects to open the nursery school with 120 children and double that figure within two years. As well as following the government curriculum there will also be additional modules on  environmental sustainability and sports that encourage discipline, teamwork and perseverance. The goal is to create a model of teaching that the people in the area can replicate in the years to come with support from local teachers and volunteer teachers from other countries.

Young adults in the village can use the facilities in the evening to learn English as well as the technical skills involved in electrical and carpentry work.

The project has raised around $80,000 of the $165,000 needed to finish the school by next year. There are also plans to open a camp beside the school where students from around the world, volunteers and other visitors can stay, providing another source of funding for the school project.

Fountoulakis is a changed man since he saw those mud huts. During his first few years in the UAE he only wanted to make money for himself, he says, but after his trip to Zanzibar, he began to question his purpose in life. He believed that if he continued in his old ways, he would only ever feel a sense of emptiness.

“In the corporate world people are looking to be number one and there is some politics going on and the environment can become toxic,” he explains.

But the more involved he became with the foundation, the more he was inspired by people who wanted to collaborate and were willing to offer help without asking for anything in return.

“Through the foundation, I found the spirit of compassion,” he says.

Three years after teaming up with Mbise, Fountoulakis left his job in finance to work in marketing for a real estate firm in Dubai so that he could continue to support CR Hope. He swapped his car for a motorbike and cut out spending on luxuries. But the bigger challenge was having to step away from people and relationships who have not changed their way of life or their thinking.

“It’s just focusing on different people now, so I look for different qualities and develop new relationships,” he says.

Fountoulakis hopes to inspire more people to get involved with giving and participating in charitable efforts, whatever their income. He believes that we all can make a difference.

The foundation recently held the photography exhibition Light and Giving in Abu Dhabi to raise support for the school in Kizimkazi.

“The idea was to take portraits of kids smiling and actually, that’s the easiest thing to do,” says Fountoulakis. “They deliver the message of simplicity and beauty. We want to inspire people to let go of their material things and desires of the world and to be happy with themselves, because happiness lies within you.”

Neha John is a rising senior studying literature and creative writing at New York University Abu Dhabi. She loves art, books, traveling and writing stories about her life in the UAE.