Menu
It’s hard to get away from news about rising cases of Covid-19 patients, related deaths and the shortage of medical supplies, but there are some bits of good news to be found, too. People all over the world are working hard to combat Covid-19 and they’re making some headway; communities and businesses are banding together, and pockets of the world are showing signs that isolation efforts are working.  Book sales are booming Staying at home... 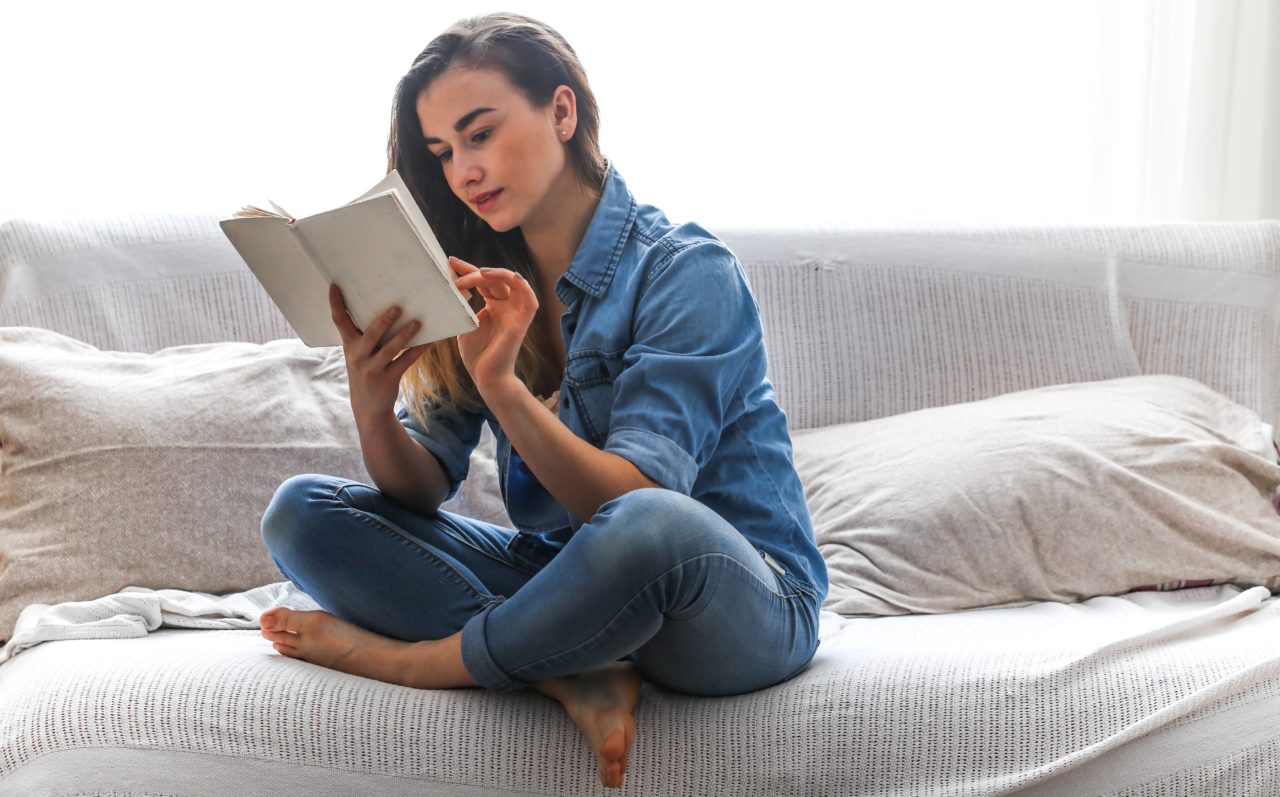 It’s hard to get away from news about rising cases of Covid-19 patients, related deaths and the shortage of medical supplies, but there are some bits of good news to be found, too. People all over the world are working hard to combat Covid-19 and they’re making some headway; communities and businesses are banding together, and pockets of the world are showing signs that isolation efforts are working.

Staying at home means staying entertained and it seems people across the world have decided reading is the perfect way to do that. After years of declining book sales as readers chose to go digital, Waterstones in the UK reported a 17 percent increase in book sales before stores were closed. Online sales continue to peak, with a spokesperson for Magrudy’s in the UAE telling Dubai Eye radio they’ve experienced a rise in sales for fiction, non-fiction and children’s books.

The Chinese city has begun to loosen its two-month lockdown. Small groups of people are leaving their residential compounds to go grocery shopping for the first time in weeks. Last weekend, 1,000 workers came into the city by train as the authorities gave residents permission to begin returning to work as long as they don’t have a temperature and can provide medical proof of their virus-free status. Non-residents who have been stranded in Wuhan can also apply to leave the city.

The family of Geneva Wood, 90, from Kirkland, Washington was told to say their goodbyes to the mother-of-five when they found out that she’d tested positive for Covid-19. Wood, who was recovering from a stroke as well as a broken hip, was told that she had 24 hours to live. However after two weeks of isolation at the local hospital, she has been given the all-clear and has been allowed to return to the home of one of her daughters. She credits homemade potato soup for her speedy recovery.

Thousands of residents in JBR, Dubai Marina and other parts of the UAE came together last week to clap and cheer from their balconies and front doors for health, supermarket and other key workers who are putting their lives at risk to insure we all stay healthy. Residents banged pots and pans, sang and yelled to fill the evening with joyous noise. Similar gestures of appreciation are taking place in other parts of the world.

A study commissioned by the French government has found that a combination of anti-malaria drug Hydroxychloroquine (HCQ) and antibiotic Azithromycin is effective in treating COVID-19 patients. Of the 36 patients who were given the treatment, all of them tested negative and were virologically cured within six days of treatment.

Satellite images from the European Space Agency have shown that shutting down industrial activity is lowering air pollution levels around the world. Levels of nitrogen dioxide (NO2), which is produced from car engines, power plants and other industrial processes and affects those suffering from respiratory illnesses such as asthma, is markedly lower than this time last year. One of the biggest differences in N02 levels was seen above the city of Wuhan.

In an effort to address the ventilator shortage, engineers from Formula 1 teams including Mercedes, McLaren, Red Bull and Williams have answered the UK government’s call and are working with other leading car makers and an aerospace group to create a ventilator prototype. Formula 1 engineers in the UK are also working with Innovate UK and University College London to produce 20,000 ventilators, by providing engineering advice and production facilities.

Landmarks around the UAE, led by the Burj Khalifa, have joined in to spread the “stay at home” message to residents. Other buildings spreading the word are Abu Dhabi’s The Galleria Al Maryah Island, Andaz Capital Gate and Khalifa University with an illuminated #StayHome slogan. Beaches across Dubai also joined efforts by combing the hashtag into sand to be captured on an aerial view video.

China has already sent ventilators, masks and other medical equipment to Pakistan, but over the weekend increased aid efforts by also sending a planeload of medical personnel and further supplies. Pakistan’s foreign minister, Shah Mahmood Qureishi, greeted the arriving Chinese doctors and officials at the airport.

As the death toll continues to rise in Europe, there is a glimmer of hope in Italy, as the number of new cases has started to fall on a daily basis. The country’s death toll surpassed 8,000 people over the weekend, but the country’s Civil Protection Agency also confirmed that the rate of new cases of Covid-19 fell for the fourth day running.

The fast fashion chain H&M is working with its supply chain to produce personal protective equipment needed to help medical staff keep safe on the job. It will also tap into its global delivery network to get the products to hospitals as soon as possible. H&M deals directly with 750 independent suppliers, using around 1,400 factories in Europe, Asia and Africa.