Menu
There’s a positive buzz spreading across the region and beyond about Method By Kat, a program of functional, predominantly bodyweight workout classes for women who want to lose weight, get strong or just feel healthier. We decided to track down Kathryn Diab, the Dubai-based woman behind the brand to find out what it’s all about. The mother-of-six — SIX — looks fresh and energized when we meet and I get the feeling that this is... 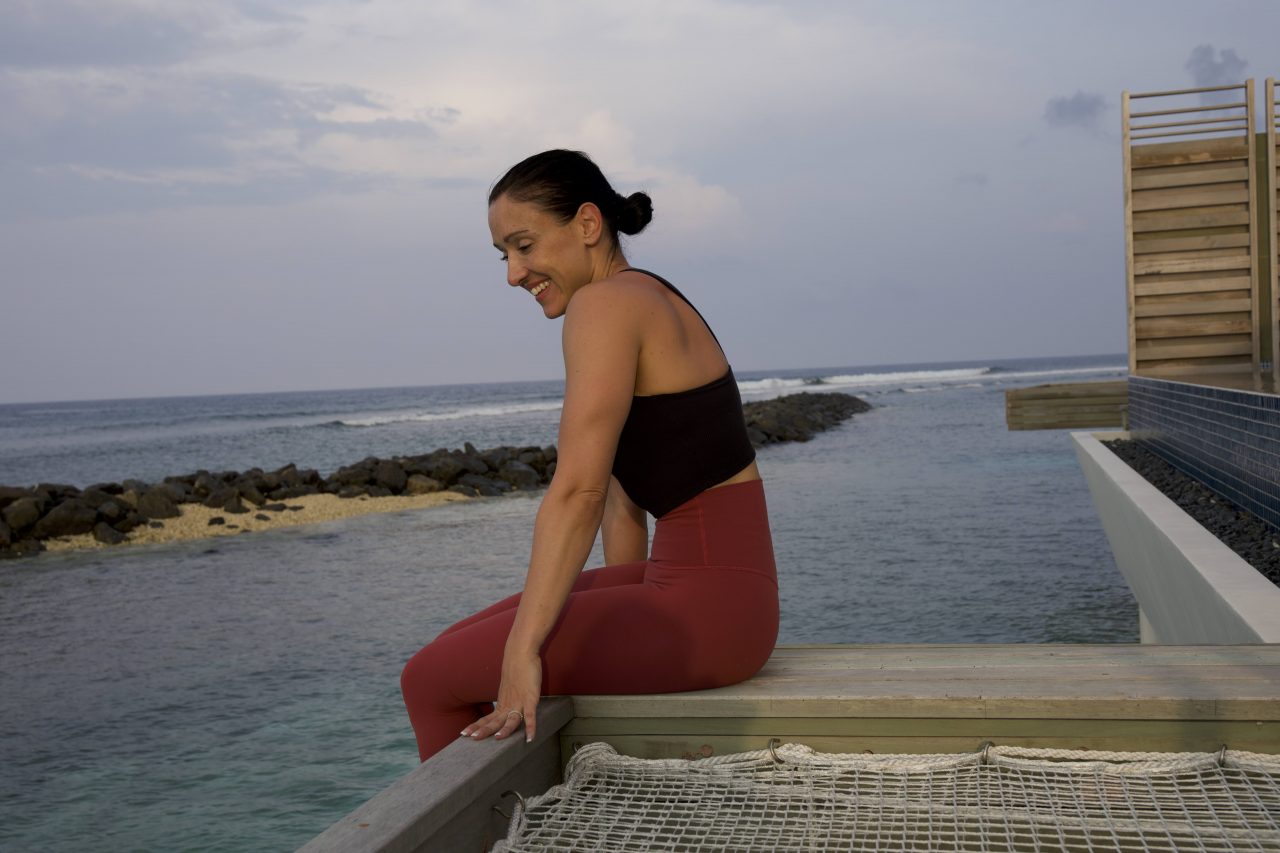 There’s a positive buzz spreading across the region and beyond about Method By Kat, a program of functional, predominantly bodyweight workout classes for women who want to lose weight, get strong or just feel healthier. We decided to track down Kathryn Diab, the Dubai-based woman behind the brand to find out what it’s all about.

The mother-of-six — SIX — looks fresh and energized when we meet and I get the feeling that this is her default setting. She’s hugely personable and asks me almost as many questions about me as I do about her, quickly confirming why she’s so popular with the clients that have been singing her praises. But personality can only get you so far in the heavily saturated fitness market. So what stands out about her classes?

“A lot of women gravitate towards Method By Kat because of the the movement itself,” says Kat, who has a degree in exercise sports science in addition to being a personal trainer and nutrition coach. “They find it very feminine but very strong. So the appeal is that you don’t have to sit at a leg press or squat machine, you can still feel that muscle engagement by doing something quite enjoyable and quite feminine, but again quite strong.”

The movements are mostly bodyweight, with some exercises using light weights or resistance bands.

“The whole belief system is of building strength, definition and sculpting your body around your own bodyweight, around being able to move your own body,” she explains of her three pillars of strength, define and sculpt. “I incorporate movements from other methods, such as yoga and pilates, and regular exercises such as squats that I obviously didn’t invent, but what I did create is the way these movements are orchestrated. I created the fluidity and the choreography of it.”

Kat, 41, who is originally from Melbourne Australia, came up with the first inklings of the method around 17-years ago, after having her first daughter at the age of 24.

“I was living in Sydney, away from friends and family, and my daughter’s father was away for 10 months of the year traveling,” she recalls. “I wanted to move and go out and exercise but I couldn’t because I had no help. So I created bodyweight movements purely for myself, how to recover after pregnancy and of course, because I wanted to look and feel good. I started coming up with workouts that I could do at home for me, and then that just evolved.”

Kat continued perfecting the movements as she had three more daughters, and once she moved to Dubai 12 years ago, having help at home help meant she finally found the time to try out the workouts on friends and family before working with private clients and then opening her Dubai-based studio.

Her classes were a huge success with both local women and those visiting from Qatar, Kuwait and Saudi Arabia — who would then stay on as online clients. But when Covid-19 hit, Kat was forced to pivot, closing the studio for good and moving all her classes online. Word spread across the globe, and the increased demand pushed Kat into building a monthly subscription service for US$29.95, which offers a mixture of live and on-demand classes that vary in length and fitness levels. In less than a year, she has accumulated hundreds of subscribers from across the region, the US, UK, Africa, Australia and Europe. She’s continuing with one-to-one personal training as well as trialing a new feature for 2022.

“I’m running a program called Evolve,” she explains. “It’s a group of 25 women that get personalized nutrition and group fitness on top of the regular package. We’ve got a group WhatsApp, where we constantly engage with the ladies to really create a community.”

Kat, who is in great shape herself, follows the same routine as everyone else.

“In all transparency, it’s all Method by Kat workouts,” she says. “I do about 30 sessions a month for the clients and I have six kids — I don’t have time for anything else, I wish I did!”

And what does she eat? The same way she encourages her clients to.

“I’m of Greek heritage and I was very fortunate to be raised in a environment where my parents fed me a Mediterranean diet,” says Kat. “My father was very conscious about making us eat fish, limiting meat because it made him feel tired, and of course lots of salads. I remember him talking about being aware of his body at a time when no one was discussing nutrition, and it stuck with me.”

“I have had restrictive diets for photoshoots, competitions and my cousins’ weddings, but they only work short-term,” she explains. “Eliminating foods long-term just doesn’t work, there’s no sustainability or longevity. So, for the last 15 years, I have listened to my body cues especially after becoming a mother. I found it so important to be nourished well. Not only for aesthetics but for my mind, for my clarity, for my energy. I am health-conscious, but I won’t  totally eliminate anything.”

She’s also honest about having to change the way she eats as she’s got older.

“The food I eat is the same, the only difference is the quantity that I consumed in my 20s, then 30s and now it’s different in my 40s,” she reveals. “Portions have gotten smaller, because our metabolism starts to take on the aged approach.”

One of her most basic pieces of advice is that people know why they want to lose weight before they commit to making changes.

“I’ve had clients who are desperate to lose weight, but within the first two weeks of their meal plan they’re asking me for cheat meals,” she says. “Know your goals and know what you are asking from your body. Choose an exercise you enjoy and it won’t feel like a chore — rather than hating your time spent in the gym, and try to remember that food is for fuel — eat what your body needs for energy and hydrate well, rather than eating for emotions or entertainment. This will help you make better choices, which can be hard when processed foods are so easily accessible.”

One thing Kat’s clients love her for are the doses of body positivity that she dishes out during every session.

“It’s important to be realistic about how much your body can change, and two people who do the same exercises won’t have the same results — our bodies are different,” she says honestly. “I can’t guarantee you’re going to look like a fitness influencer or supermodel, but what I can guarantee is this: if you apply yourself to your fitness, to your movement, to your nutrition, you will get the best version of you. You don’t need to look like a Victoria’s Secret model — appreciate and celebrate your individual body and make the best of that.”

What I learned from giving up alcohol 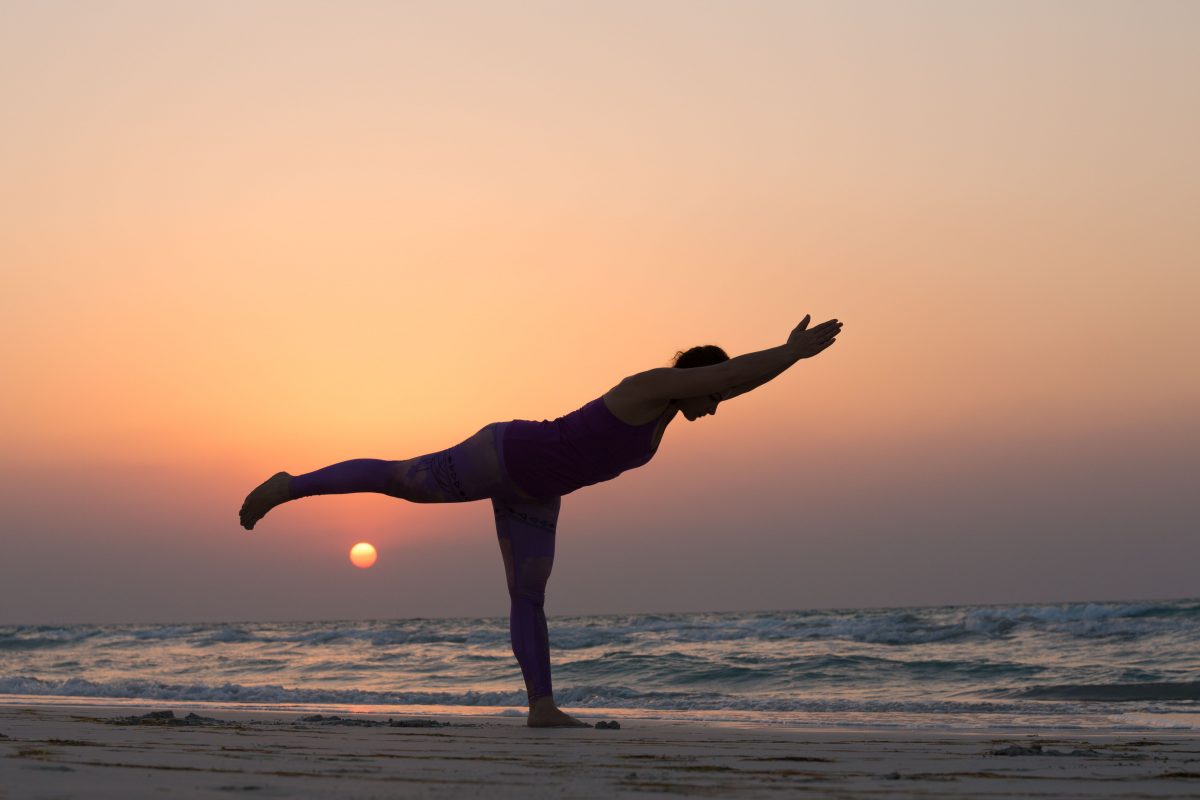