Menu
At first, it looked like the outbreak of a new respiratory disease in China at the end of December had been limited to a few dozen people linked to a seafood market in the central city of Wuhan. The world should have been so lucky. All the Gulf states should be urgently following the example of Thailand, Singapore, Hong Kong, South Korea and even some US airports and screening all passengers inbound from Wuhan or... 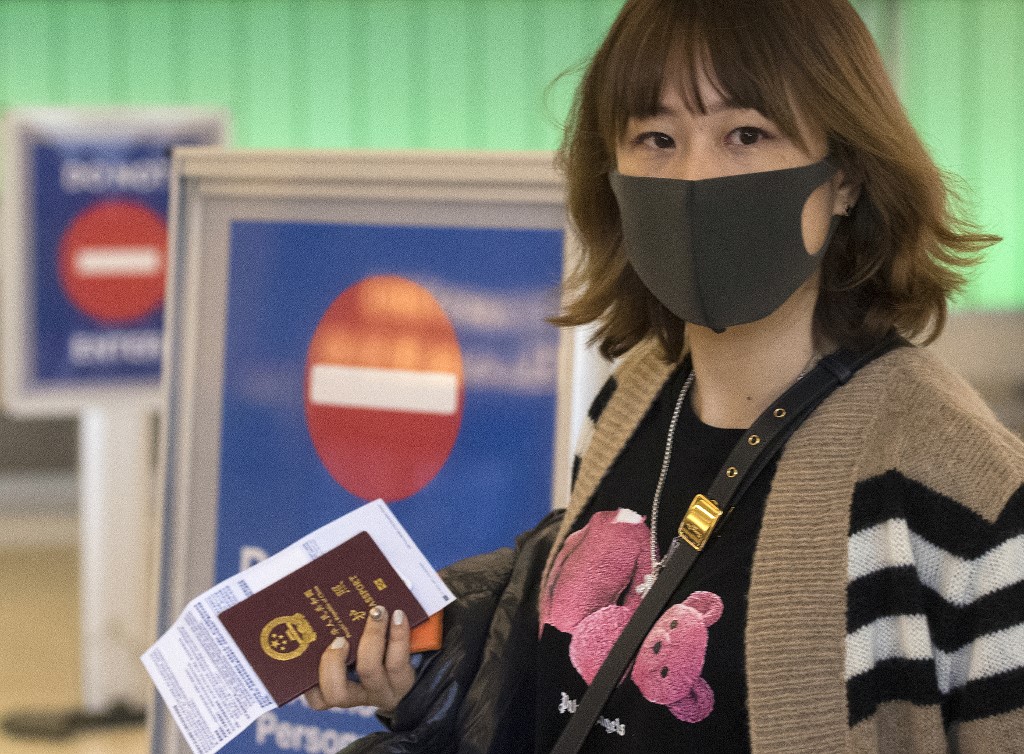 At first, it looked like the outbreak of a new respiratory disease in China at the end of December had been limited to a few dozen people linked to a seafood market in the central city of Wuhan.

The world should have been so lucky.

All the Gulf states should be urgently following the example of Thailand, Singapore, Hong Kong, South Korea and even some US airports and screening all passengers inbound from Wuhan or its connecting airports. UAE, Saudi Arabia and Kuwait are among the countries who have begun thermally screening passengers.

Memories of the economic and healthcare havoc caused by Severe Acute Respiratory Syndrome (SARS) and Middle East Respiratory Syndrome (MERS), both respiratory infections caused by earlier types of coronaviruses, should be sufficiently fresh for authorities to be urgently dusting off the thermal imaging cameras and weeding out all arriving passengers with a high temperature.

Coronaviruses are named for the resemblance of their spiky shape to the outer corona of the Sun. There are a large number of them, responsible for everything from the common cold to the SARS epidemic that raged between 2002 and 2004, but a previously undetected strain is always cause for concern.

Coronaviruses originate in animals and are capable of being transmitted to humans, but each one is subtly different, presenting different threats and challenges. SARS, which like the new coronavirus also emerged in China, infected more than 8,000 people in 37 countries and claimed 774 lives. It is thought to have been transmitted to humans via civet cats.

MERS, which since it surfaced in Saudi Arabia in 2012 has seen 2,000 cases and killed a third of its victims in 27 countries, probably jumped to humans from camels. The animal behind the new coronavirus is still unknown.

A cluster of cases of what has now been named 2019-nCoV was reported by China to the World Health Organization on December 31. Within a week, Chinese scientists had isolated the virus and developed a test to identify it, quickly shared by WHO with other member states.

On January 12, a WHO statement radiated cautious confidence. Forty-one cases and one death had been reported in Wuhan. But with no cases anywhere else, the outbreak seemed to have been limited to those who had visited Wuhan’s wholesale seafood market. Best of all, there was “no clear evidence” that the virus was capable of spreading from human to human.

Within a day it was clear that this optimistic prognosis was premature.

On January 13, Thailand reported that a 61-year-old woman from Wuhan had been intercepted at Bangkok’s Suvarnabhumi airport, suffering from a fever, sore throat and headache. She had been nowhere near the market and the truth began to dawn: like SARS and MERS before it, 2019-nCoV could spread among humans.

There is an object lesson for all Middle East airports in Thailand’s swift reaction to the WHO alert. The sick passenger was detected only because the authorities had wasted no time setting up thermal cameras at airports. Passengers with a high temperature are easily picked out of crowds by thermal cameras. There could be many causes, but a wise policy dictates that each febrile passenger – and all of their traveling companions – should be isolated while screening is carried out.

Thailand’s defenses were in place by January 3. The Wuhan passenger, who arrived on a direct flight in a large tour group, was detected on January 8, and all 182 of her fellow passengers and aircrew were isolated and tested. None of the others was carrying 2019-nCoV. But if their fellow passenger hadn’t been detected, by now they could be – along with any number of people with whom they’d subsequently come into contact.

Two days later, a second case was detected outside China – in Japan, in a male patient in his thirties who’d travelled to Wuhan. He too hadn’t visited any market but on his return to Japan on January 10 was hospitalized complaining of a cough, sore throat and fever and tested positive for 2019-nCoV. The disease has now also surfaced in South Korea.

China’s National Health Commission says more than 200 infected people have now been positively identified in China. Most are in Wuhan, where three people have died, but others have cropped up in the capital Beijing, 1,000 kilometers to the north, and in Shenzhen, 850 km south. Researchers at Imperial College London, a WHO Collaborating Center for Infectious Disease Modeling, suggest the true toll could be much higher – as many as 4,471 cases by January 17.

WHO says that “considering global travel patterns” more cases in other countries “are likely” – for which, read “inevitable.” Despite the assurance of the Chinese authorities that the outbreak is “still preventable and controllable,” the inevitability of it spreading is all but guaranteed.

Gulf states should be taking no chances. So far there have been no reports of healthcare workers being infected, interpreted by WHO as a sign that “the new virus is likely not as infectious as SARS.” Currently not enough is known, says WHO, “to draw definitive conclusions about how it is transmitted, clinical features of the disease, or the extent to which it has spread.”

All this is true. But as the post-SARS slump in economic activity and air travel made clear, confidence is a keystone of vibrant international economies such as the UAE’s and travelers to and from Gulf airports need the reassurance of seeing thermal-imaging cameras in operation as quickly as possible.

Somewhere in Japan, nervous officials will be pondering the potential impact of any outbreak on the success of this summer’s Tokyo Olympics. And as Dubai prepares to start greeting millions of visitors to Expo 2020 in October, the very last thing the UAE needs is a reason for the world to stay away from “The World’s Greatest Show.” For the Gulf states and others, the only correct reaction at this stage to 2019-nCoV is prudent over-reaction.