Menu
At just 28, Nawal El Masri has managed to figure something out about her own mental health that it can take others decades to discover — if indeed they ever do. “Honestly, it’s been a long journey,” she tells livehealthy.ae. “But the more I used to go to doctors, the more I understood that it’s either you strengthen your brain or you take the medication.” The 28-year-old Palestinian-Canadian (born and raised in Montreal and later... 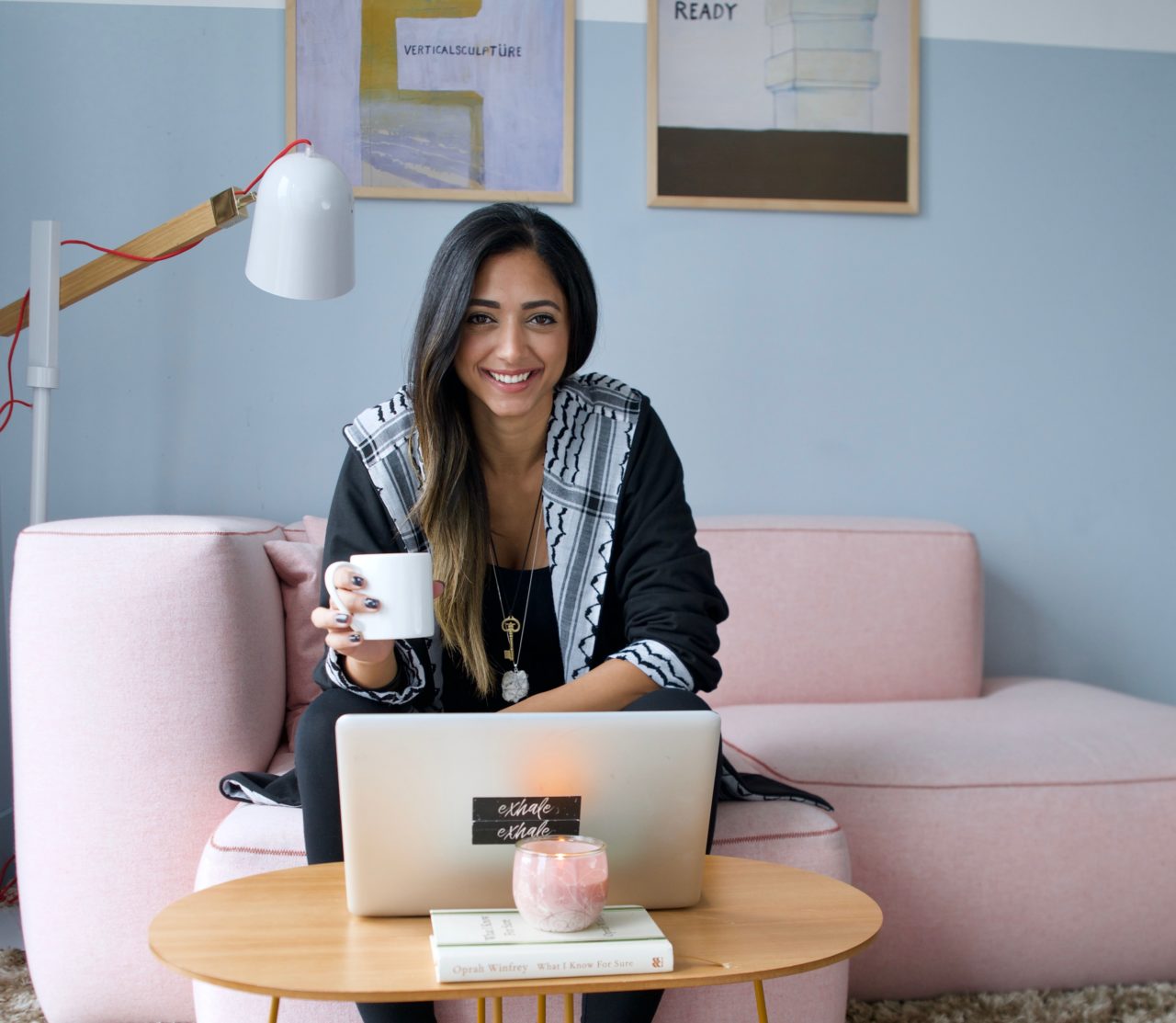 At just 28, Nawal El Masri has managed to figure something out about her own mental health that it can take others decades to discover — if indeed they ever do.

“Honestly, it’s been a long journey,” she tells livehealthy.ae. “But the more I used to go to doctors, the more I understood that it’s either you strengthen your brain or you take the medication.”

The 28-year-old Palestinian-Canadian (born and raised in Montreal and later Saudi Arabia) was just 16 when her mother received a breast cancer diagnosis. El Masri began experiencing anxiety so severe she had seizures.

El Masri did take medication for her anxiety, for less than a year.

“I realized how much I’m getting dependent on that, mood-wise,” she says. “They did help to remove my seizures, they made me happier, whatever, all that stuff, but I realized that made me weaker internally.”

Her mother recovered but El Masri struggled with her seizures for about five years, until she was 21. Then at 25, she lost her grandfather on her mother’s side, Ali — “he was my best friend”, says El Masri, the one she would Skype from her dorm room.

She had travelled to a wedding in Mykonos, Greece, alone, when she found out her grandfather had died. Her anxious thoughts, once again, began to spin out of control.

“It would have been the first time I deal with my anxiety on my own without pills, without parents, without support, without nothing,” she explains.

She made it through three days on her own: no seizures, just pure grief.

“I realized what resonated with me? What’s the lesson I learned? You start reflecting a lot when you’re in such a journey,” she says. “The only word that just kept coming to me is exhale, the art of breathing helped me through it. I didn’t get any seizures and I did that alone. I felt accomplished yet mourning at the same time.”

At first El Masri wanted to get an “exhale” tattoo — “it means the world to me, that word”, she explains — but felt she’d be acting on impulse.

El Masri has chosen an alternate path in her career too, all though it didn’t seem that way at first. After earning her bachelor’s degree in mass communication and journalism at the American University of Sharjah, she went on to work with Unilever. She went back to work at Unilever after Mykynos, but nothing was the same.

Instead she ended up using the concept — and the word “exhale” — to launch an e-commerce business.

What emerged is a mindful and conscious e-commerce company selling an eclectic mix of minimalistic, meaningful designs. Clothes are made using only 100 percent organic soft-spun cotton, bamboo, viscose and tri-blends, sourced from India, Turkey, Portugal and the UAE, from factories with certificates of sustainability. There are T-shirts, sweatshirts, bomber jackets and water bottles, each with designs falling into three categories.

There is reflect, with products serve as daily reminders, express for those developed and inspired by a cause, whether it’s wellbeing, helping refugees or preserving and celebrating nature, and inspire, which are projects and designs developed through collaborative efforts with international artists and local talent.

At its core exhale is about having a purpose, which El Masri explains in her press materials as this: to “breathe out life, art, music and stories into curated apparel, all the while caressing the anxious thoughts of the human mind”.

Everything about the brand is relaxing, starting from the eye-level rolling ocean footage that greets those who visit the website. (The customer service is relaxing too: a snafu on ordering quickly lead to a friendly email exchange and promise for speedy delivery).

There are sleek black baseball caps with the slogan “our land lives within us” that can refer to wandering humans or Palestine alike and a quirky T-shirt called the totemistic, bearing a drawing of a lion wearing eyeglasses by an artist in Spain. On the back, the slogan:  “May I lead in balance knowing when to roar and when to walk nobly away from unneeded conflict.”

There’s also the Peanuts x exhale line, a collaboration that came about after El Masri approached the company behind the long-running American comic strip penned by Charles M Schulz starring Charlie Brown, Snoopy and his gang of misfits.

“It’s because of Charlie, I resonate with him,” says El Masri. “He’s just sad, as depressed as everyone else. It might be funny and it might be a cartoon, but if people really look through Snoopy and the whole Peanuts gang, they’ll understand that they’re actually supporting mental health and telling people ‘we’re with you’. I saw that and I realized it suits exactly my brand.”

Expect more collaborations and down the road, the possibility of exhale becoming a platform for artists, musicians and anyone else to “tell their story”.

El Masri is not going to stop talking about mental health, either.

She wants everyone to know that she continues to struggle — “even if you come out of it, you don’t really come out of it” — but that she has managed to fight her way through the worst. Her personal approach features a combination of journaling — “just vomit out whatever you’re thinking” — work, sunsets and sunrises at the beach and of course, the power of the exhale.

“Yes, everyone pretends to be happy and awesome,” she says. “Honestly, you get close to these people and you become friends, you get closer, and you realize, “Wow, you’re going through a lot. Why don’t you talk about it?”

Get ready for B12 vitamin vaping in the UAE