Menu
Claudine Gillard is a certified sleep consultant based in Dubai, using the Dana Obleman Sleep Sense Program. She got into this line of work in helping her own son Joseph get to sleep – after two-and-a-half years. That first night she tried it? It took under an hour to work. Claudine tells The Livehealthy Podcast how she helps other parents in a similar situation get rid of all their attempts and habits and get their lives... 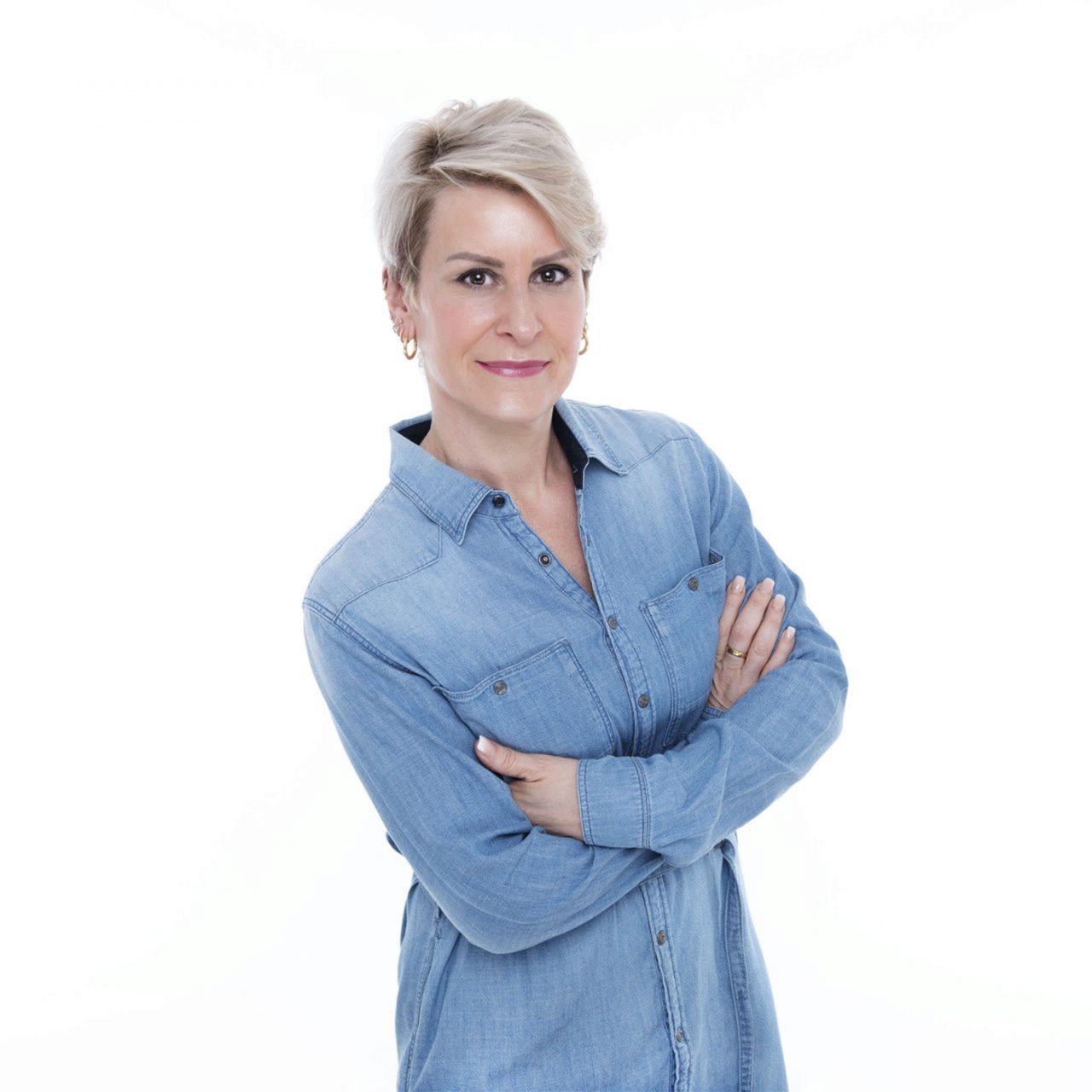 Claudine Gillard is a certified sleep consultant based in Dubai, using the Dana Obleman Sleep Sense Program. She got into this line of work in helping her own son Joseph get to sleep – after two-and-a-half years. That first night she tried it? It took under an hour to work.

Claudine tells The Livehealthy Podcast how she helps other parents in a similar situation get rid of all their attempts and habits and get their lives back: simply by stopping, waiting, listening to a child’s communication and responding accordingly.

So you got into this work because your child was not sleeping?

What about parents who say ‘I can’t do this’?

If you want my 2 cents, I’ll give you just a little bit of an understanding of where I see this as coming from. My husband has got two children from his first marriage and they are currently 22 and 20. In fact, Joseph was born on Benjamin’s 16th birthday, so Benjamin and Joseph are 16 years apart. When I decided to become a mom, I just felt very comfortable that my husband would know all the fundamentals because he’d been there twice before.

However, what transpired is because I was the mom, I was doing a lot of the day-to-day functionality of taking care of a small child, and it was such a long time ago that my husband didn’t really remember exactly what the day-to-day was like when they had a new baby. What he did know is that they did not spend hours sitting next to the crib or walking around the room or putting them in their bed, which is where parenting around sleep has come in recent times. You could say, because him and his ex-wife wouldn’t be clear on the method they used, you could say that those two children were ‘cry it out’ children, which is the term that’s used for teaching a child to sleep through crying.

So walk us through the method…

It just depends on the age range but basically what we’re doing is we’re taking a structure for their day. It’s really important that the timings of their day is aligned to their age and needs, understanding of when they should be consuming calories in alignment with their needs. And fitting that in, recognizing what the parents can achieve in their own schedules aligning with the needs of the child.

The strategies themselves use the parent presence. In other words, a parent is giving comfort and then gradually reducing or withdrawing that comfort over the course of a period of time, and we agree con that period of time, or they’re actually comfortable with saying, ‘okay, I can step back from this. I can take myself out of the situation but go back in and make sure that my child is okay at periodic intervals’.

Do a lot of people wait till their kids are tired?

Well, yes. There’s plenty of people that do things like we’ll take them for a drive and they’ll fall asleep. I very clearly remember nights where after two hours of trying to get my son to sleep, which was often breastfeeding, lying him on our big adult bed and him rolling around but not falling asleep, my husband would then put him in the car and drive around the block a few times and he would be asleep. He’d then carry him up back up to our house and put him in bed, usually with us.

That’s one strategy. Rocking is another strategy, letting them exhaust themselves so they fall asleep on the floor, these are all strategies. I also would say at this point that anything that’s working or isn’t a problem, definitely isn’t a problem. I mean, there isn’t a need for everybody to sleep-train their child, some people who are co-sleeping are very happy to do so. Some people’s children don’t fall asleep until midnight and that suits that family fine. I would never suggest that my way’s the only way but I know that there were plenty of people like that what is happening isn’t working for them, so clearly, a change could be made in those circumstances.

So what was the turning point for you?

I said to my husband this particular morning, we cannot do this anymore. My husband and I hadn’t shared a bed for six months. He was obviously working and needed to have some rest. We’d tried all kinds of things to make things better or less challenging. My nanny would push my son around in a stroller in a fume-field car park for 45 minutes to get him to sleep for his nap.

Looking back on it, what were we thinking? Anyway, we weren’t thinking probably because we were sleep-deprived. I remember saying to my husband we cannot do this anymore, this is just too much now. Got online, Googled, of course, sleep consultants. At the time, we lived in Abu Dhabi and there was no one in Abu Dhabi offering sleep services. We found a sleep consultant in Dubai. We had a phone call; I was sold.

Literally, the first night of sleep training was the first night my son had ever fallen asleep in his bed. He outgrew two cribs before he ever slept in them. He went into his bed and he fell asleep. It was literally like a miracle and the weight that was lifted off us was just incredible.

What was the problem?

He just has a connection between himself and sleep that meant there was a parent present. He was breastfed to sleep for probably two years. Now, if you’re two years old and you’ve had something in your life 100 percent of the time, your understanding is that is a necessary element to being asleep. There isn’t like, he’s not reading books or Googling sleep or asking his friends, how do you fall asleep? He doesn’t have any awareness, he doesn’t have any context, he doesn’t have any, ‘I don’t like this, I’d like something else’, because for a child, sleeping with your parent on your mom’s boob is lovely, there’s no question about it.

That’s very comfortable, he’d possibly still be there now if he could. Children are very simple, very black-and-white; the message was very clear to him. If I kept putting him on the boob, he kept needing the boob. It was about breaking that cycle. As soon as we showed him that there was another way, he didn’t need mommy or didn’t need mommy in that way, then he was like, oh, okay, fine. We were very matter of fact about it.

Did you see a difference in him during the day?

Has he had any other sleep issues crop up since you did that?

I’ve got a lot of protocols in place that I talk to my families that I worked with, the fact that I apply with my son. Just so as anyone who’s listening is really clear, my son does sometimes wake up at night, that would be because he doesn’t feel good. That would be a normal reason for a child to need their parent in the night. My son, now, I have to drag him out of bed in the morning. I’ve gone from my child waking me up sometimes four o’clock or five o’clock in the morning, to a child I now need to drag out a bed because he sleeps so well.

What changed for you and your husband?

The fact that we were back to the same bedroom is pretty impactful on our marriage. It was also just like that connection to come together and make this change in our lives because obviously, we were short-tempered as well, we weren’t sleeping brilliantly. My husband had a very, not stressful job, but a job that required a lot of his attention and his abilities. That obviously made a big difference to him sleeping well again. Because even if I’m taking care of the child in the middle of the night, obviously, someone else’s sleep can be disturbed by that.

You’re feeling less challenged because you’re well-rested. The fact that we brought this gift of sleep to our family galvanized everything for us as a family unit and as a couple.

What holds other people back from this?

You should come to a point, I know it sounds unkind that you are at rock bottom, that you can not go on any further, that you are completely desperate, and then you will do it in a way that means that you’re committed.

• Claudine Gillard was a guest on The Livehealthy Podcast August 4, 2021.

How I learned to reduce my pain and live with fibromyalgia

4 women who are paying it forward