Menu
Meat grown in the lab ifrom live animal cells n cellular agriculture, or CellAg could replace convention and plant-baed meat in the near future 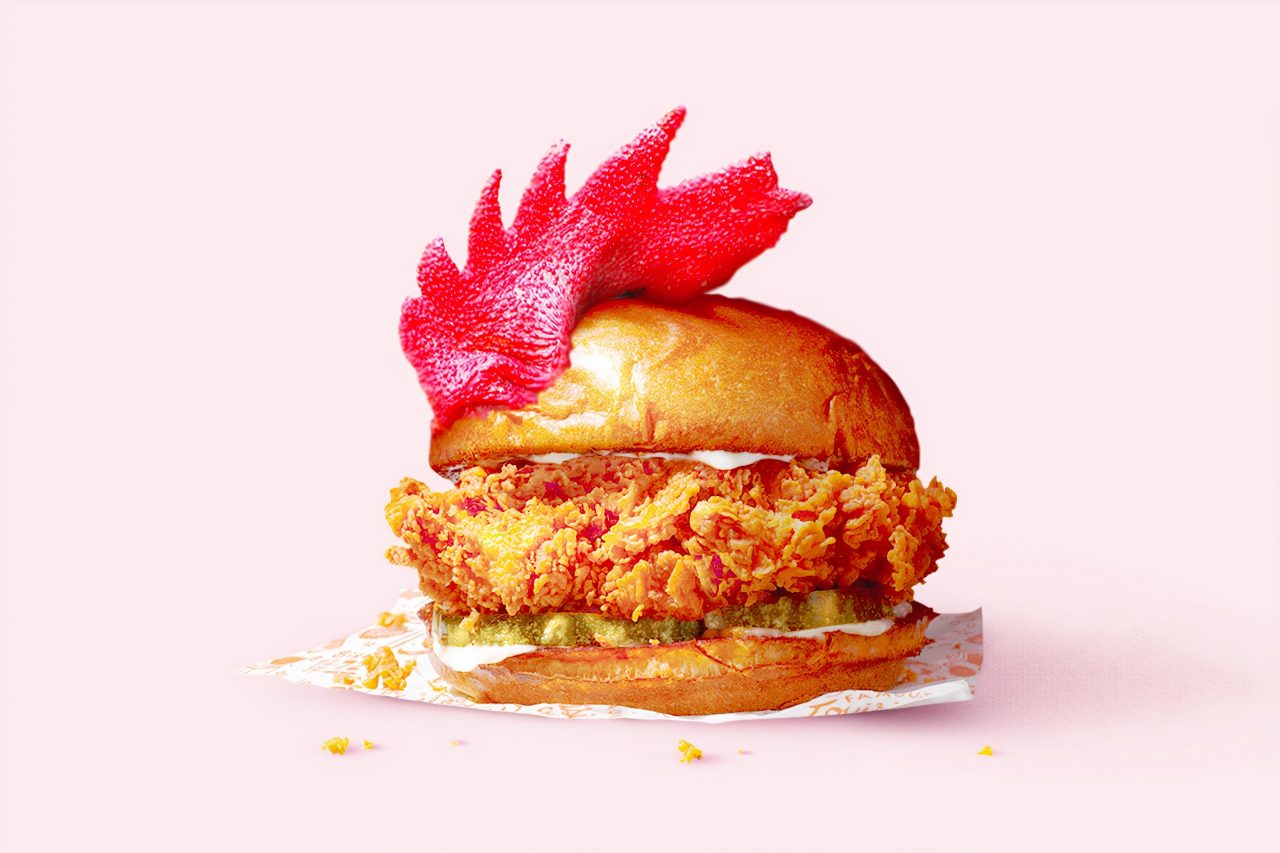 Move over Beyond Meat and all its competitors, and make way for the next big trend in food technology: CellAg.

The name comes from cellular agriculture, which refers to cultivated meat or, even less appetizingly, “lab-grown meat.”

The growing vegetarian and vegan movements created the need for non-meat “meat,” but with this next level of food technology, could vegans be replaced by “cegans”? The term refers to ethical eaters who object to consuming animal flesh but are quite happy to munch on meat made from harvested live animal cells, made without harming the animal itself.

Is this the dawn of guilt-free meat-eating?

The taste, the texture and the nutrients of meat are all there in CellAg, but without any of the guilt. Could this be the future? We spoke to the experts to find out everything there is to know about cellular agriculture.

“Put simply, cellular agriculture is the production of animal-based products from cell cultures rather than from the animal itself,” explained Prince Khaled bin Alwaleed bin Talal Al Saud, who has been investing in CellAg and plant-based meat for years. “This has been widely practiced for decades in the medical field. However, now scientists and entrepreneurs are harnessing the technology and commercializing it. The benefits of cellular agriculture for animals are clear: it is completely cruelty-free.”

Here’s an example from one of his own investments: “Bond Pet Foods developed the world’s first animal-free, cultured chicken meat protein for pet food application from a one-time blood sample. It was drawn from a heritage hen named Inga and she is still alive and living happily on a farm in Kansas. The buzz in the mainstream media around cellular agriculture is because we’re so much closer to seeing CellAg products for human consumption on the market.”

When can we see it on menus?

“The approval to sell lab-grown meat, in this case chicken, was granted in Singapore in November 2020,” said Prince Khaled, the founder and CEO of KBW Ventures, and often referred to as the “Vegan Prince.”

The Singapore approval was pivotal, he explained. “It’s a landmark regulatory approval that will help other governments move forward with food technologies.”

“We now have in excess of 30 cultivated-meat companies globally and they’re increasing all the time. Aleph Farms in Israel has released several prototype steak products, including a 3D bio-printed ribeye steak in February this year, and 2021-22 will see the release of many other cultivated-meat products on to the market, but full commercial release will rely on massive scale-up of the technology. Many of the first products will go to high-end restaurants, with minced-style products likely to be commercially available within five years and steaks available perhaps three to five years later.”

One company that is likely to start marketing their cultivated fish at the end of this year is BlueNalu, providing products to high-end restaurants.

”BlueNalu is a KBW Ventures portfolio company,” explained Prince Khaled. “I can’t wait for the day when we can walk into a sushi restaurant and order BlueNalu’s yellowtail and know that not only were no animals harmed in the process whatsoever, but we also chose the more sustainable food option.”

Where is the UAE on this trend?

“Like much of the world, the UAE is some way behind countries like the US, Israel and Singapore in research and food regulation,” explained Hunter, who covered the topic in his Gulfood webinar last year. “The best thing that the UAE could do is approve commercial sale of cultivated meat and seafood products and then approve it for local sale. If the GCC region then approved such sales it would open the door to massive technological and financial investment in the region. Imagine it – the UAE becomes the biggest producer of beef mince in the world. It could happen. In fact, food systems could be developed that need no arable land and little fresh water.”

Are we ready to accept cultivated meat?

“There have been numerous market surveys showing that in many countries, 50 percent or more of consumers are willing to try cultivated meat,” said Hunter. “The current food system is incapable of supplying the 50 to 70 percent more food that will be required by 2050. Many countries and companies are realizing this and are looking for alternatives to conventional agriculture.”

One of the first advocates will be the Dubai-based Prince Khaled.

“I’m clearly for CellAg. Basically, I’m for sustainability, I’m for science, I’m for being cruelty-free and I’m for efficiency. I’m for technology solving problems. Food tech and specifically cell-based meats and seafoods will do just that.”

Is CellAg suitable for vegans?

“That’s a really personal choice,” said Prince Khaled, who has been vegan for nearly a decade. “A lot of people are vegan because they don’t want to harm any living being, in which case I’d say that cell-based meat, seafood, milk and so on is fine, as it doesn’t harm animals in the production process at all.

“Other people are vegan for health reasons; they don’t feel that animal products are right for their nutrition plans or lifestyle. For them, I would say cell-based meat is still better than traditional meat as it is clean. It doesn’t contain anything you don’t want in your food, like hormones, antibiotics, micro-plastics and every other undesirable thing that comes from the factory-farmed food system. Finally, there are those who just don’t like meat and wouldn’t have it whether or not it is cruelty-free. They wouldn’t eat CellAg regardless of whether it is ethical or not.”

“The science doesn’t lie – there’s no comparison really,” said Prince Khaled. “With CellAg, you aren’t using up land to grow feed for animals that later will be slaughtered to make products like pet food, and you aren’t using up scarce water resources to irrigate that same farmland or for the animals themselves.”

Hunter, who worked for over 30 years in the conventional meat industry, agrees, citing a recent Good Food Institute report.

Which is most nutritious?

“Both [cultivated and plant-based meats] are equally healthy as part of a balanced diet,” said Hunter. “Cultivated meat does have a better amino acid profile, but, by itself, this is not a deciding factor. On the other hand, plant-based products contain fiber, which cultivated meat currently does not.

“There’s a lot of talk about plant-based products being ultra-processed. However, they’re no more ultra-processed than many meat products like bacon and some non-100 percent meat hamburger patties. In fact, ingredients like soy have long been added to meat products to ‘extend’ them and make them cheaper,” he says.

“A recent study by Food Frontiers in Australia concluded that plant-based meats in most categories have, on average, fewer or comparable numbers of kilojoules and sodium levels, higher or comparable protein and lower fat and saturated fat per 100 g. They also compare well with their conventional meat equivalents in terms of levels of fiber.”

Prince Khalid, an early investor in plant-based companies including Beyond Meat and Rebellyous Foods, confirmed that plant-based options are the healthy choice.

“The Rebellyous nuggets have no cholesterol, antibiotics or hormones and less saturated fat and sodium than traditional chicken nuggets, in addition to being animal-free and much better for the environment.”

What is the future of meat?

“With the global population set to reach nearly 10 billion by 2050, we’re likely to need every available source of protein to meet the projected 50 to 70 percent increase in food requirements,” said Hunter. “All protein sources, both conventional and alternative, will be needed.

“Will plant-based products reach price parity with conventional meat? I think it’s obvious that they will. Will cultivated meat reach price parity with conventional meat? Some say yes. A recent report by Boston Consulting Group for the protein industry investor, Blue Horizon, says this will occur by the early 2030s. However, even if some companies reach price parity by 2032, the capital investment needed to replace slaughterhouses will be hundreds of billions of dollars and could take a decade. There are many variables yet to play out and many alternative futures for meat, from little change to meat becoming a niche market.”

So what’s the conclusion?

“I believe that by 2023 to 2024 we’ll see price parity with conventional meat and by 2025 parity in flavor, or plant-based might even taste better. Who says the flavor of conventional meat is the upper limit to how good a product can taste? As for nutrition, some would argue plant-based products are already better.”

My work, nurse edition: 'The work is heavy'