Menu
Nuno Costas Fernandes knows a thing or two about hard work and overcoming the odds: as a perennially overweight youngster, he was often bullied and terrible in sports. But as he told The Livehealthy Podcast recently, he managed to overcome a painful and unhealthy start to earn a master’s in electronic and telecommunications engineering and become one of the most popular indoor cycling instructors in Dubai. After getting the entrepreneurial spirit and ease with people from his... 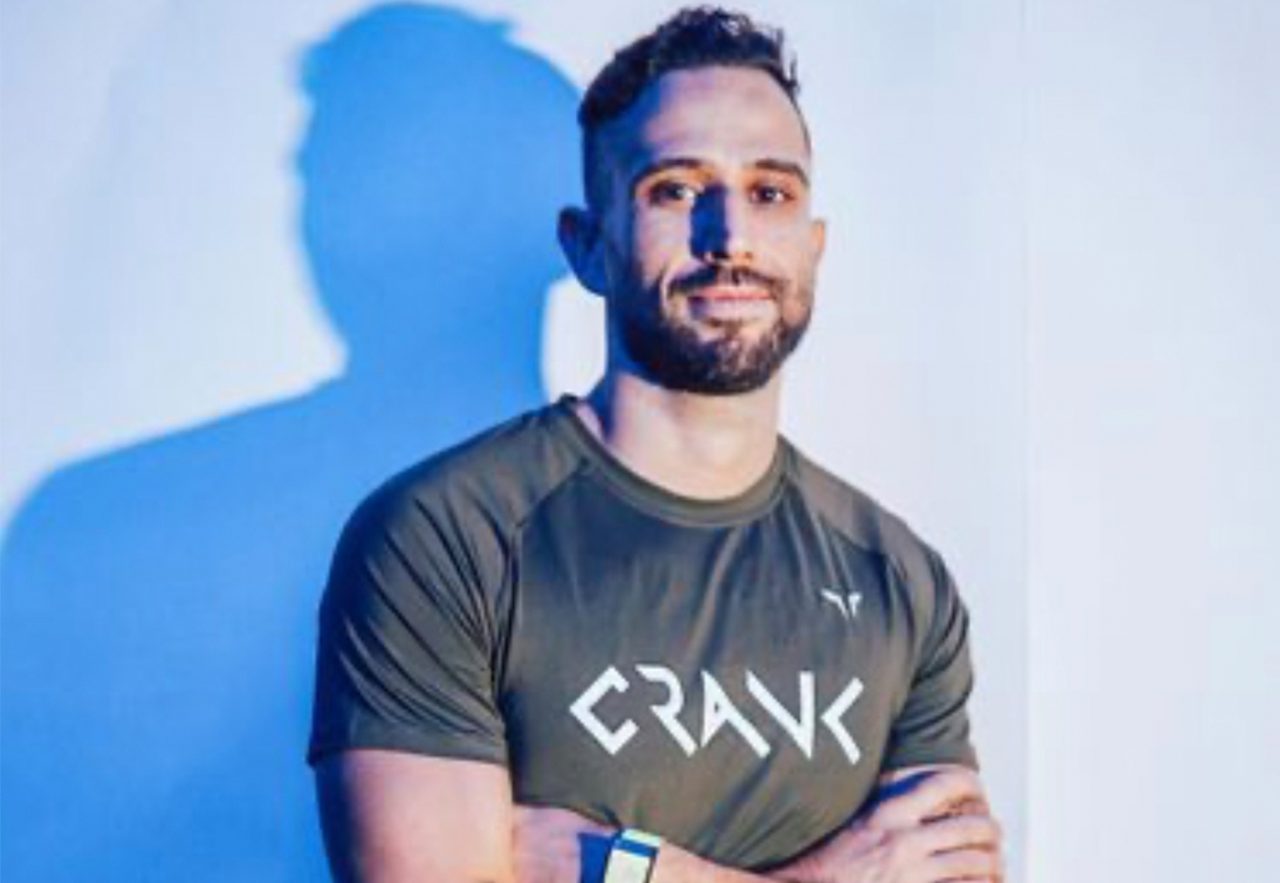 Nuno Costas Fernandes knows a thing or two about hard work and overcoming the odds: as a perennially overweight youngster, he was often bullied and terrible in sports. But as he told The Livehealthy Podcast recently, he managed to overcome a painful and unhealthy start to earn a master’s in electronic and telecommunications engineering and become one of the most popular indoor cycling instructors in Dubai. After getting the entrepreneurial spirit and ease with people from his parents, he also became co-owner of indoor cycling and boutique fitness studios CRANK Dubai and now CRANK Abu Dhabi.

How have you dealt with the experience of being bullied?

It taught me how to be a bit tougher, and taught me how to really disregard bad feedback and good feedback, from anything in life, to kind of filter the noise a little bit and really understand what’s really important and what’s not. It really helped me to understand who’s my friend and not. You know what I mean? In a bigger scope of things, it really helped me to understand like, who are the people I should trust or not and what things should bother me for real or not? That was the main thing. The other thing was that I also had a very good small group of friends that they would just come around and say, ‘don’t listen to that. It’s okay’. That’s kind of the thing that helped me through it, but helped me to create a mental toughness to understand that.

So what’s your advice for anyone handling it?

How did you get into fitness?

I started playing basketball because I couldn’t make it to the football team. It helped me a lot, I lost some weight, but what made a big difference for me was going to the gym. I started going to the gym when I was 15. I remember my mom used to have to sign a waiver every time I had to go in because I was underage to go to the gym alone. Now things have changed, our kids can go to the gym on their own. Obviously, there’s a parental consent form, but it’s easier. I told myself then: ‘Society is not going to change. I don’t feel good about myself. I’m a bit tired of being made fun of in school. I’ve got to change.

I started to take classes. I remember my first spin class, it was a disaster. It was so hard. Then I looked down on the floor and the floor was so sweaty, and I’m like, ‘this actually can help me’. I started to get addicted to it. I started to do two classes a week and three and four and five. Then I started to do it every day. In Portugal, the gym closes on Sundays, so I would do a class every single day, apart from Sunday, and Sunday I started running as well. I would do like two kilometers and then come back, so slowly, slowly, like adding up and made it to a football team, started playing football as well, so that was great for me. At the same time, because I’ve taken so many classes, my body changed tremendously.

What kept you going?

The sweat, all the sweat I saw coming out of my body. That was basically the main thing, like I was kind of understanding that on the mid-run and on the long run, my body would eventually change and it did. It was like that feeling good after the workouts, understanding that what I’ve just done would be beneficial for me, and then after a few weeks, people saying, ‘you lost weight’. I could see from my t-shirts and my jeans that they started to change. The other thing was also not just my physical appearance, but it was like any physical activities that I would take part I would be much better than what I was before. I remember like when I started school, we used to have, maybe it’s like that everywhere, I don’t know, but in Portugal we do these beep tests on basketball courts. You run from one side to the other and then they play a sound and you hear a beep, and then you run from that side to the other side and you hear it, and  frequency of those beeps starts to increase. You got to go, your recovery time is less and less. It’s a physical test that you do in the beginning and at the end of the year. When I started school, after few beeps, I was out and by the time I finished my college, I was always winning that. I was staying there like much longer than everybody else. I mean, you also see that change which is just not physical, but you know that your body performs better. It’s a better machine. That really motivated me.

What prompted you to start teaching at 17?

One of the main instructors that used to work on that gym asked me, ‘would you like to teach one day?’ I said, ‘I would love to’. Then she basically said, ‘So you need to do this course if you want to teach’. I took this spin course. I look like I was the kid, everybody was like my parents. I finished the course and then I started teaching a few months after. Then it was the best learning experience for me, because when you are so young and you start teaching and you have grownups doing your class, like how do you bring authority with you? Like people don’t respect you that much. It was great for me to learn from a young age and manage expectations and all that kind of stuff. That’s how it all started for me.

One of my cousins was living here in Dubai, and I just finished my master’s and he was like, ‘Why are you staying in Portugal, things there are a bit tough at the minute with the economy. Come here, you can stay in my sofa and then maybe you’ll find something. I’ve studied electronic and telecommunications engineering. I finished my degree and two weeks later on just got on an airplane. I bought a one-way ticket, my parents helped me, it was so expensive.

I literally had like, €200 on my bank account, which translates to slightly more than Dh1,000. My cousin was letting me stay in his couch,. I managed to find a job but I was the IT guy, the computer guy in a sports clinic. That’s how it started with me. I didn’t like the job very much, but I knew that I had to do it. It was a really rough start. For six months of being in Dubai every single day I thought about leaving. I really didn’t like it here. Salary wasn’t anything amazing to be honest. I was just relying on my parents help and relying on my cousin’s help, and just having my salary to rent a car and pay my rent, renting a studio, really not really anything fancy. First two years, they were not very easy, but things got much better after that. That’s how it started, in 2013.

How did you get back into teaching?

The staff at the clinic where I worked were so nice to me all the time. One of the nurses, Sue, she came to me and said, ‘have you heard of this Flywheel thing? It’s like an indoor cycling studio’. I saw on their social media, they’re looking for instructors, you should apply’. I went, and I did a class and I hated it. I’m like, ‘seriously, it’s in the dark, what’s the point of doing a class in the dark?’ I’m like, ‘I can’t hear anything. What’s the numbers on that leaderboard?’ I didn’t like it that much. Anyway, I applied and obviously, after a while, I loved it. I started there. I would go to work, I would then train at Flywheel after that or in the weekends. Eventually, I was good enough to start teaching.

How did you build a following?

They only had one venue in downtown and it was so packed all the time, very popular, so packed, apart from my classes, my classes were empty, empty, empty, empty, empty, empty, very empty. They used to call me sometimes to cover a class last minute like to sub, like 6.30pm, like peak time, 45 people. They used to change it to my name, like 20, 30 people would cancel. After six, seven months, I started to really considering giving up on it and saying, ‘Listen, maybe I’m not good’. Then they convinced me to stay. At the same time, they opened a second location down in Gold & Diamond Park. It took me  a good year and a half to get a full class. Then from then things starting to get much better. Then they invited me to come full-time.

How did you develop the CRANK concept?

Basically, the initial idea was just to do indoor cycling, but then we created a Shape workout which is like a full-body workout. When you do a Shape class, you’re always doing something. We like to call it a group PT class. The class is only up to eight people and people really pay attention to clients. Then Stretch is a recovery class. Basically, we noticed that a lot of people would be intimidated to do yoga, so we’ve tweaked it in a way that it takes a little bit the mindfulness out of it and makes it a straightforward stretching class. Ride is our indoor cycling class; full-on cardio, shape helps you to tone and then stretch helps you to rest and rest and recover.

How is CRANK Abu Dhabi going?

You really show the love for your partner on social media…

Yes, I do. Of course, Holly’s been a very important part of my life, of CRANK as well. Obviously, it’s not easy to live with your life partner and work with your life partner. We manage to do it because we both have a lot of patience. She’s so important. I couldn’t imagine my life and CRANK without her, to be honest.

How to stay safe, secure and sane on social media (a guide)

Why CRANK Abu Dhabi is worth the hype