Menu
RISE Events is now part of a growing movement to provide fitness opportunities, including boxing and football, for young people of determination. 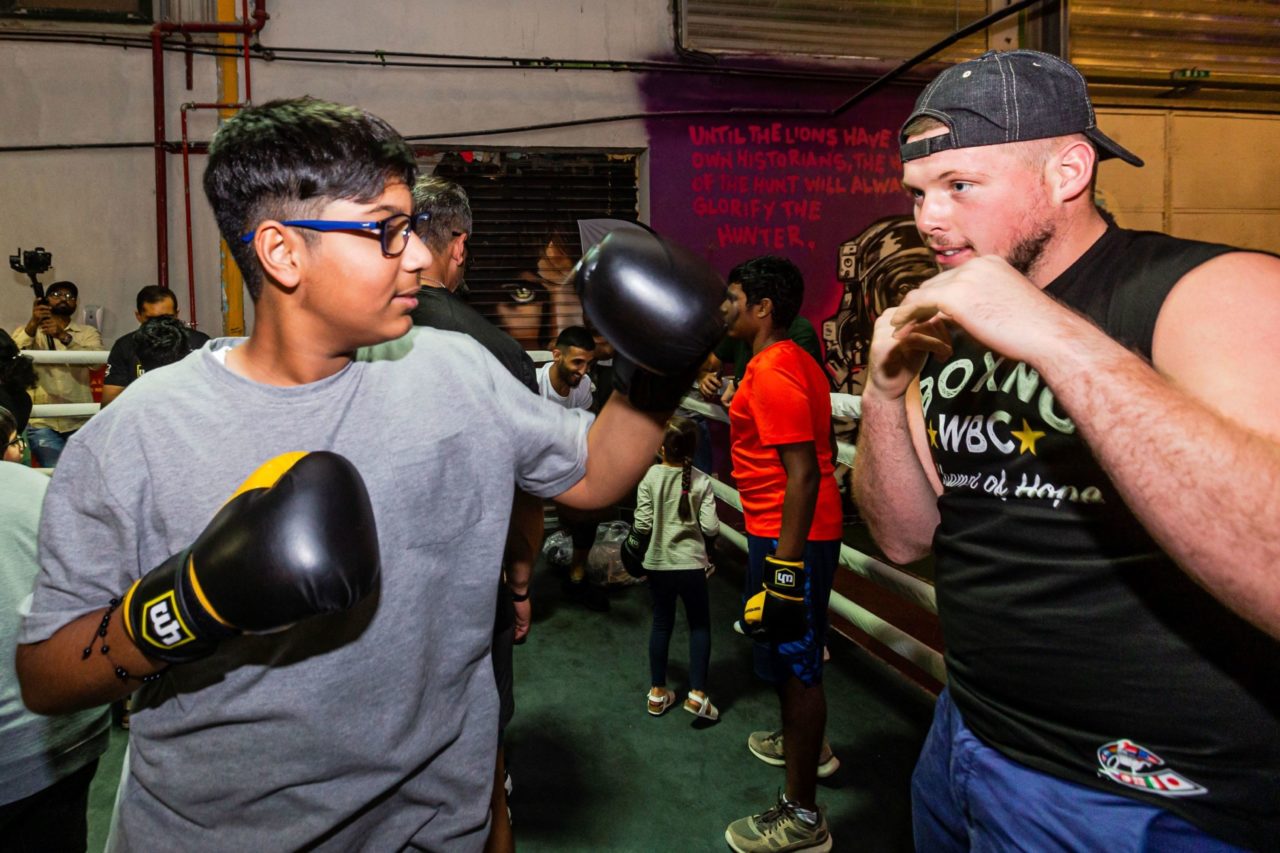 The launch of boxing for people of determination at Warehouse Gym

The 2019 Special Olympics World Games Abu Dhabi was a watershed event for people of determination. Showcasing the sporting skills and talents of individuals with intellectual disabilities from around the world, it impressed and inspired spectators in equal measure. Importantly, it also shifted perceptions about the abilities of people with determination.

Building on the success of the Special Olympics, Esha Khurshid launched RISE Events in Dubai in November 2019. Having initially worked as a dentist, it was the decision to switch to psychology that exposed her more regularly to people with intellectual disabilities. That led to the creation of RISE, a company dedicated solely to providing opportunities for people of determination.

“I always felt that these children I was working with had a fairly controlled or filtered environment, that they were kept out of the mainstream,” Khurshid says. “That’s really the opposite of what we want. People of determination should be able to walk around any community and not be considered different.

“The point of RISE is to raise awareness and to get communities to really interact with children of determination and understand their abilities. It is about creating open and inclusive environments and helping companies recognise what they can do to engage people of determination.”

The first RISE event took place in January when Warehouse Gym in Al Quoz hosted a boxing class for children of determination. As well as a bespoke coaching session, there was also a panel discussion about how to make UAE society more inclusive for people of determination.

“We decided to start with boxing because for many people it is a scary sport –people are afraid their children might get hurt,” Khurshid explains. “In reality that is not the case and boxing is such a great workout. It is also great for encouraging social skills and social interaction.

“Warehouse Gym was really supportive of the idea and the aim is that inclusive classes will be available as an entry point but then we want children to be able to progress into regular beginners’ classes so that everyone can interact together.

“The feedback we received was honestly overwhelming. There were some kids who were extremely shy but then when they got the gloves on they were throwing jabs and punches – they were so excited to be involved in a group and learn something new. So many of the kids came out of their shell and it was amazing to see.”

RISE has another major boxing activity planned for October, as part of the Dubai Fitness Challenge. Khurshid will invite coaches and gyms from across the emirate to a workshop; training the trainers will help reach even more children of determination.

“We want commercial establishments to be motivated to open classes for people of determination and to feel secure and happy about bringing these children in. This will also make parents feel more comfortable about sending their children into the mainstream environment.”

RISE is now part of a growing movement to provide fitness opportunities for young people of determination. Fit Fam, which recently launched in Abu Dhabi, starts with a 10-week football training course aimed at 12 to 17-year-olds, as well as their families. Fit Fam was the brainchild of the Authority for Social Contribution – Ma’an, in conjunction with the Zayed Higher Organisation and Special Olympics UAE.

Khurshid believes while the narrative around people of determination is certainly shifting, there is still much work to be done.

“The Special Olympics opened many people’s eyes and changed a lot of perspectives,” she says. “I don’t think the UAE or the Middle East has been alone in stigmatizing people of determination to some extent, but it has definitely been an issue here.

“Things have developed very quickly in terms of government support and legislation aimed at people of determination but you can’t just shift a cultural mentality overnight.

“There have been some amazing awareness campaigns in recent years, with millions of dirhams spent on huge events and lots of people doing runs and charity drives. Yet you go into commercial establishments – whether it’s gyms, supermarkets or malls – with people of determination, and many members of the public still do not know how to interact with them, whether they can say hello and talk to them.

“It’s because those interactions are so limited and that’s what we are trying to change. People are always scared of the unknown so this is what we want to do –  to make it feel more familiar to meet and spend time with people of determination. This way we can build a truly inclusive community.”

Escape to the W Maldives for a wellness weekend