Menu
“It’s all on you if it’s a great day or not,” says the retired Navy Seal. 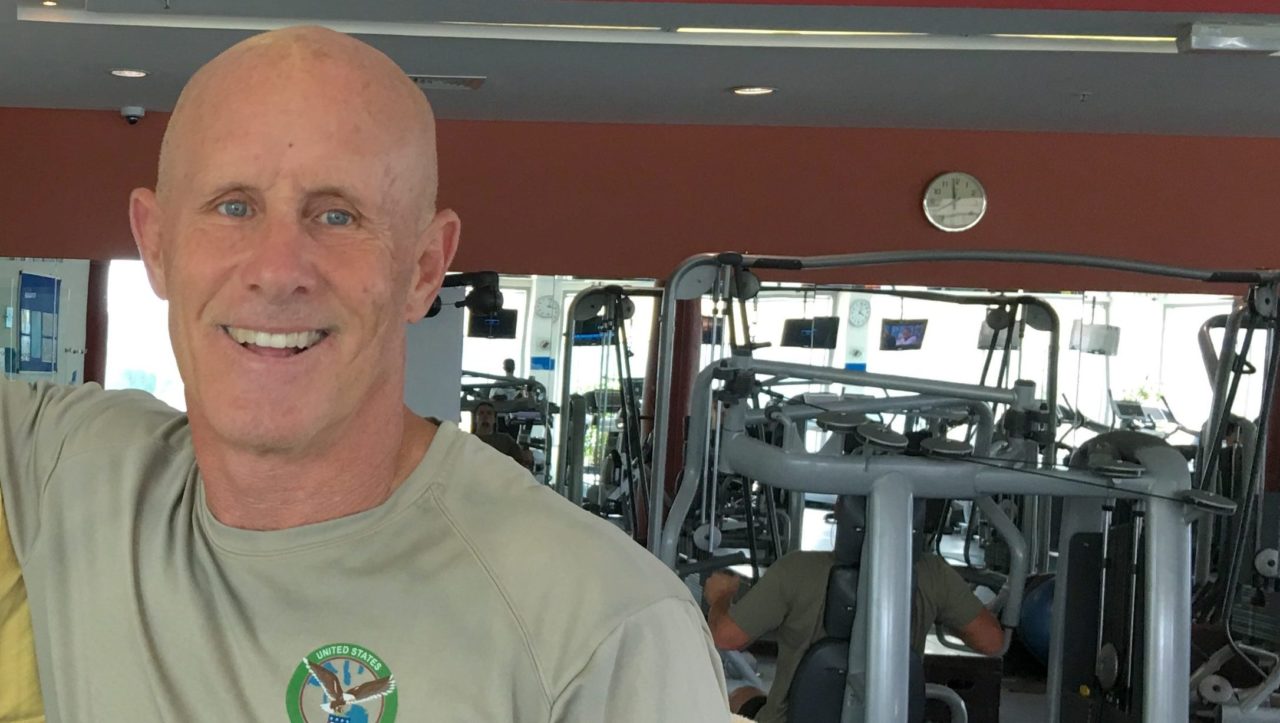 At 62, Bob Harward doesn’t worry about much these days. During his military career, the retired US Navy SEAL survived a submarine and a parachute accident, spending five days in a coma after falling 200 feet (61 meters) from the sky. (He’s also been “shot, stabbed, blown up, bicep detached. You know, all that kind of stuff.”)

During the pinnacle of his career, he served as Deputy Commander of the United States Central Command, or CENTCOM, under the leadership of now-US Secretary of Defense James Mattis. Four years after retiring, in early 2017, he made international headlines with the news that President Donald Trump wanted him to take Mike Flynn’s place as National Security Adviser. Harward considered it for a few days and then said no.

These days, he’s CEO of Lockheed Martin Middle East, based in Abu Dhabi. He exercises once, often twice, every day, even as he spends a lot of time traveling between the capital and his home base in San Diego. (He’s the guy sleeping peacefully the entire flight.) Harward’s approach to living healthy is heavy on personal accountability and breaking things down into simple principles, so there are rules to follow when things get confusing or complicated. Here are 6 of them.

Harward has been the same weight since 1981 — 171 pounds (77.5 kilograms). Standards mean you don’t cheat and you can’t lie – to yourself. For example, a pull up (he can do 100, by the way, 10 at a time with a cascade of pushups in between) is a proper pull up, chin right up over the bar, legs straight, not this kipping nonsense you see in CrossFit. “Here’s why you always want to have standards,” explains Harward. “I was traveling for a week or two, and I come back, man I could cheat and stuff to make it easier. But that’s not a reflection of how well I’m doing. Am I regressed or am I really strong?”

Harward learned the value of having a “swim buddy” early in his Navy SEAL training, when everyone is required to have a partner in the water to make sure they make it out of it. (There’s also an old SEAL joke, he explains, that if a shark appears, you can stab your buddy in the back, shove him toward it and swim away as fast as you can.) That’s why even if Harward is traveling, he’ll ask someone in the hotel gym if they want to pair up for a workout. Not only will that person be someone to talk to, but they can push you and you can push them. “So, then you’ve got to be honest,” he says. “Not only to yourself, but them.”

It’s all up to you

“It’s all on you if it’s a great day or not,” he says. “So, if you are not having a great day, shame on you.” As for age and career-related aches and pains, he’s got them, although no one would ever know it. “Who cares. ‘Why’ is irrelevant and the pain is irrelevant,” he says. “You just do it.”

Mix it up in the gym

His punishing standard workout can last for two hours. It starts out with calisthenics, mixing push ups, jumping jacks, trunk twisting, hip rotations, arm rotations and up, back, and overs. (His whole workout is heavy on pushups. There are literally hundreds of them. “You know why?” asks Harward with a glint in his eye. “Because we love pushups.”) There are also 100 pull ups, sit ups, running on the spot, pilates moves and a series of crushing neck-strengthening exercises he swears by. After 90 minutes, the cardio begins: either a run outside or on the treadmill, or a swim in the sea. Harward also loves squash and golf – anything competitive, really, and even yoga. “That’s a great workout,” he says.

Commutes are a waste of valuable time, says Harward, who throughout his career has made sure to live as close to work as possible. “Maybe pay a little bit more,” he says. “You may not be the saving money but you’re going to be much better off in every way possible.”

Deposits, not withdrawals. When it comes to investing in ourselves, “activity is the most important thing, I think, because it’s the benchmark for everything”, says Harward. It was growing up in Vermont that Harward realized how much he loved physical activity. “I love sports and I love competition. And I realized that the more of it I did, the better it was for me, and the more separated me from other people.”

How to get involved in the Dubai Fitness Challenge, weekend two