Menu
Every month in Dubai classes of eager yoga students are studying and training to become yoga teachers. But how much training is enough? 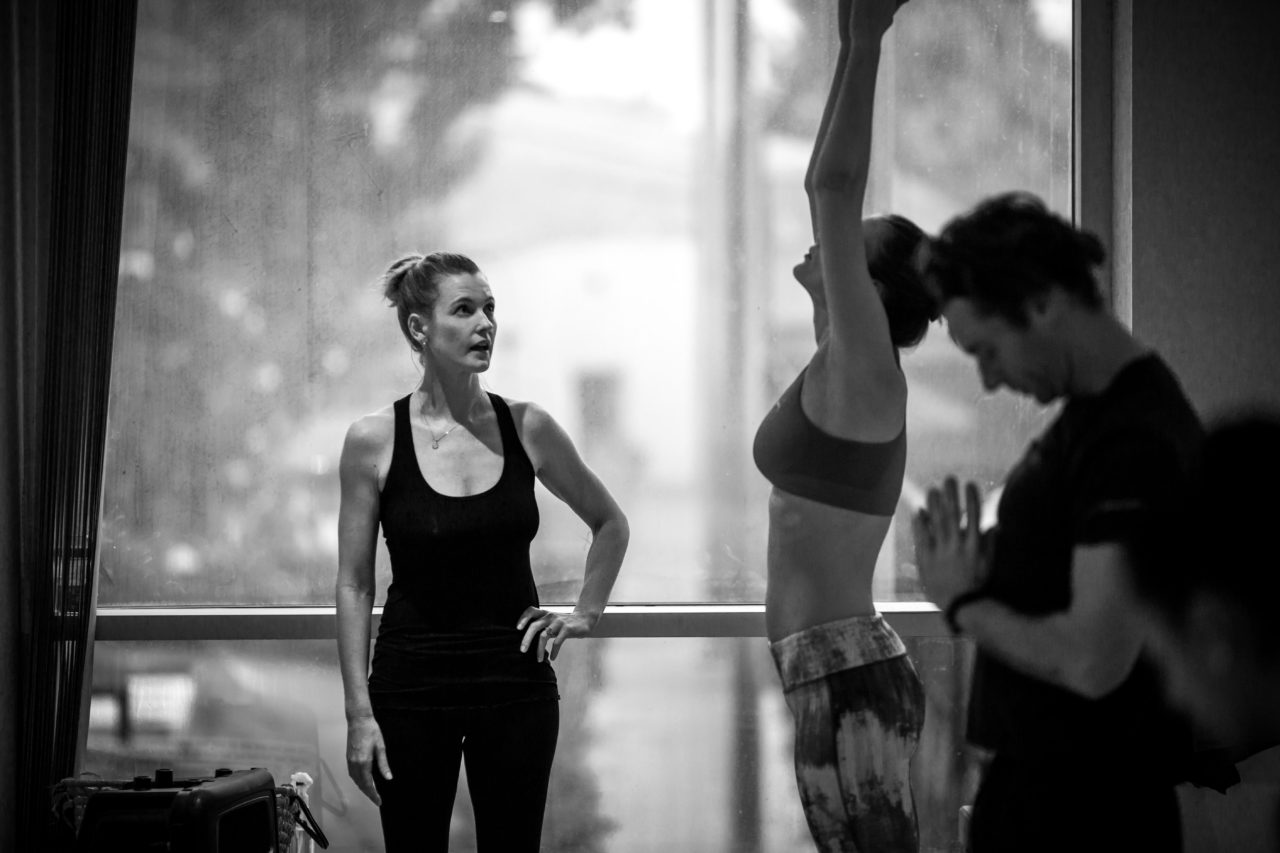 Every month in Dubai — and increasingly, in Abu Dhabi — there are classes of eager yoga students studying and training to become yoga teachers. But how many teachers does yoga need? And how much training is enough?

The situation still has a way to go from the US, where last month a headline on a New York Times story about how a large yoga chain churns out graduates of its training programs asked, Should Every American Citizen Become A Yoga Teacher?

It once took people many long years to become a yoga teacher. And in some cases, it still does. In Iyengar, a version that focuses on detail, precision and alignment, it takes three years of yoga practice just to be eligible for the level one teaching training program, which then takes two years to complete.

In mainstream forms of yoga, however, teaching has become a multi-million dollar industry. Those who have the will, 200 hours to spare and a few thousand dollars to pay for it have all they need to become certified.

But not all yoga teacher trainings are equal. Many are run by teachers who have a short history of teaching themselves, and allow students to attend with little, if any, demonstrated practice of their own. Many are unregulated.

While once teachers had to travel abroad for their training, with the proliferation of yoga studios, courses started turning up in the UAE about two years ago. It is in the last year that the floodgates have opened, creating a Wild West situation.

In Dubai there are several trainings available every month at one studio or another; often there are multiple choices, from vinyasa to hatha, or fusions of styles, requiring from 50 to 200 hours for certification.

Previously, when there was less choice and standards were higher, a student would be required to have a specified number of years practicing yoga to enter training, as well as teacher references. Now applications can be done online, meaning one could become a certified yoga teacher — no matter what one’s background — in just a month.

It’s all a bit concerning for someone like Nea Ferrier, owner of Nilaya House in Dubai. She been teaching for 10 years, having spent the previous 14 years in daily practice studying under Sharath Jois in Mysore, India.

Many new teachers don’t understand that there is a great responsibility that comes with teaching yoga, in terms of both the physical and emotional health of students, she says.

Injury prevention, management and student care are key, she explains. An inexperienced teacher can instruct in a way that can cause both physical and emotional injury. Students can be vulnerable and new to the practice, yet trust teachers and fail to question what they are told, until it’s too late.

Ferrier says one issue is the lack of immersive training, the kind available in the ashrams of India, which allows students to deepen their knowledge and practice without necessarily becoming a teacher.

Ferrier, who got her start in yoga by spending several years helping her own teacher, recommends immersive training as a more solid path into the profession, with a 200-hour teacher training considered a “starting point.” Yet she understands the urge to rush through the process.

“The results of a yoga practice can be quite fast, and for some people, it’s that initial euphoria which makes them want to share that,” she says.

Julie Martin, founder of Brahmani Yoga and an annual visitor to Dubai, grew up in a family who followed the Vedantic philosophy and has taught for more than 20 years.

Martin is saddened by the recent flood of 200-hour teacher training offerings, which can cost about Dh10,000.

In contrast, her own intermediate level trainings are a minimum of 300 hours, targeting teachers who have already completed a 200-hour training session and want to learn more.

“The more mediocre teachers you let out there in the world with 200-hour certificates — having done only a few months or even days of yoga themselves beforehand — or worse, none, you water down the market,” she says.

She also believes that instead of teacher training, studios should offer courses allowing students to deepen their knowledge and practice. Those trainings could progress, with a long-term goal of teaching only for those who the teacher believes are ready.

This is how one of Dubai’s most senior teachers, US-born Laura Weston, became certified.

“It’s very helpful when the teacher tells a student they’re ready,” she says. “That’s what happened with me. I was encouraged to grow, so I try to do that with my students.

“Nowadays people jump into it quite fast and I think they’re in a rush. They need to step back, keep practicing, and when the opportunity fits, it will flow.”

So what is a would-be yoga teacher to do? With most of the responsibility resting on the teachers and studios offering the teacher training, aside from immersive training Ferrier advises students to research instructors, finding what credentials and experience they have, before signing up.

The best choice is someone with decades of demonstrated experience — and then for the student to embark on building that kind of experience, too.

“It’s a positive thing that people want to study yoga,” says Ferrier, “but the industry must provide more opportunities for that other than teacher trainings. There are no shortcuts.”

And be warned: even a stamp from Yoga Alliance, the US-based non-profit membership, trade and professional organization that accredits trainings internationally, does not mean a teaching has been quality checked or regulated.

“Yoga Alliance issues credentials, not certifications,” an official from the body confirmed, when contacted by livehealthy.ae. ”The schools actually certify the teachers.”

The organization described its role as offering help and support to yoga schools and teachers, acknowledging that parts of the yoga world expected more from them.

“We understand that some within the yoga community have expressed disappointment in Yoga Alliance over the years,” said the official. “The leadership team at Yoga Alliance found these grievances impossible to ignore and have been and continue to look inward to reflect on its past thinking and practice contributed to these challenges.”

Yoga Alliance told livehealthy.ae that it dove deep into the issue of teacher training qualifications during a recent 18-month investigation, called the Standards Review Project, which they are in the process of wrapping up.

The bottom line, though, is that ultimately Yoga Alliance places the responsibility for proper training on the schools and studios training teachers.

“We are working to help ensure that all trainings adhere to curriculum that best prepares teachers to safely teach yoga,” the official explains.

Martin is among those senior teachers who does not bother seeking an affiliation with Yoga Alliance.

“They are merely the TripAdvisor of the yoga world,” she says.

In Martin’s opinion, the Alliance has contributed to the “watered-down effect” in the teaching world.

“It’s pretty sad,” she says. “Furthermore, because there’s no accountability, it means you can let anyone on your course and they don’t have to have any yoga experience and this is dangerous. There are more bad teachers out there than good teachers.”

Wellness Getaways: 5 within a five-hour flight of the UAE