Menu
One of the UAE’s most popular children’s programs – Pirates Surf Rescue – has expanded to Abu Dhabi. The weekly watersports and lifestyle sessions, which have 900 children signed up and another 8,000 on the waiting list, teach active skills such as paddle boarding, surfing and rescue. They’re building a community of young warriors, having fun and learning how to look after the planet and each other. So, what exactly makes Pirates Surf Rescue such a draw?... 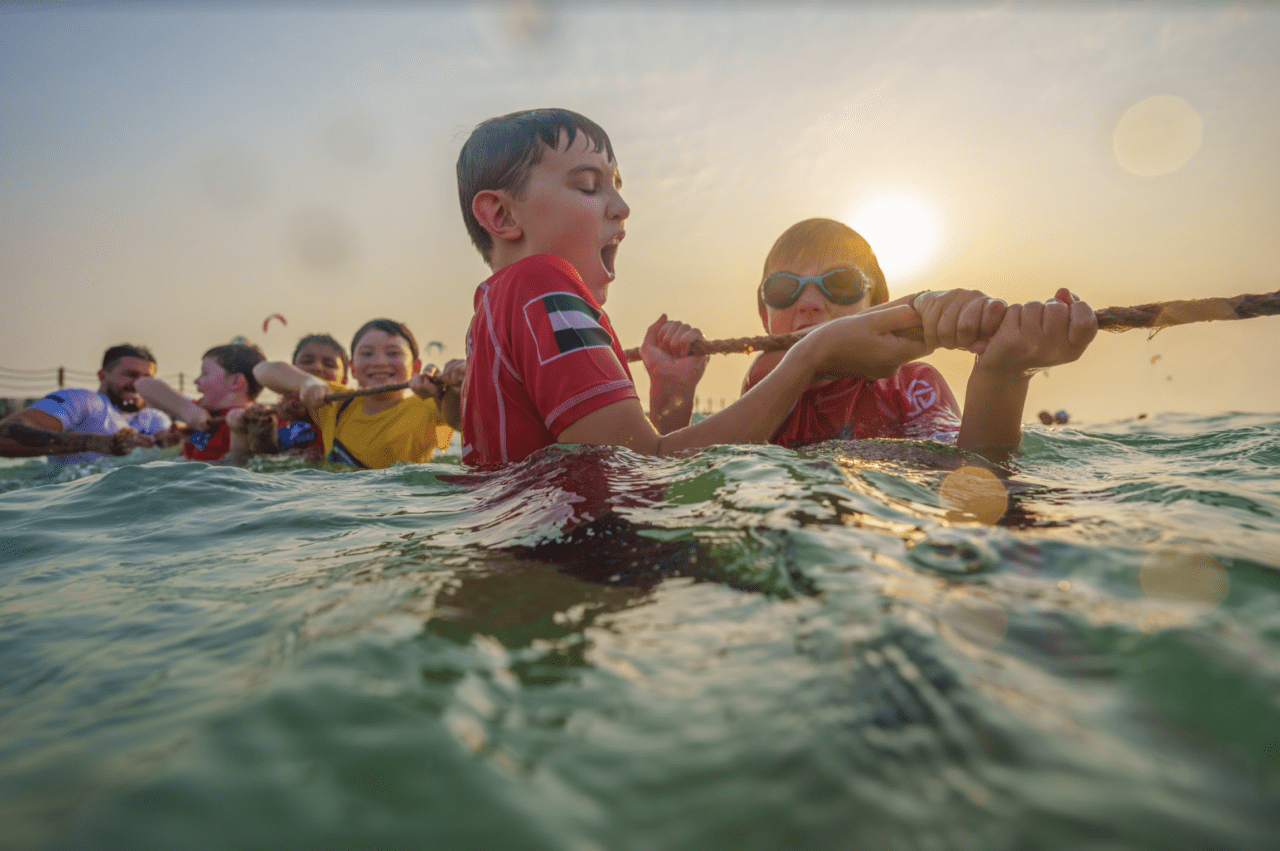 One of the UAE’s most popular children’s programs – Pirates Surf Rescue – has expanded to Abu Dhabi.

The weekly watersports and lifestyle sessions, which have 900 children signed up and another 8,000 on the waiting list, teach active skills such as paddle boarding, surfing and rescue. They’re building a community of young warriors, having fun and learning how to look after the planet and each other. So, what exactly makes Pirates Surf Rescue such a draw?

“The ultimate goal of Pirates Surf Rescue is to cultivate happy, grateful, thankful kids that are actually going to make a difference in the world,” says founder Candice Fanucci.

Pirate Surf Rescue is led by more than 40 hand-picked coaches – 16 of them in Abu Dhabi – who lead different age groups around a circuit of activities on the beach and in the sea, either alone or in teams.

“I could easily say I want to add on 20 to 30 classes in different locations, but it’s so important to find the right coaches that do it out of love and want to make a difference to the kids,” says Fanucci.

Pirates Surf Rescue in Abu Dhabi is located at Park Hyatt Abu Dhabi beach. The hotel has given special access to Pirates and their families every Sunday morning from 8-9am and every Tuesday from 5-6pm. The sea on Saadiyat Island lends itself to even the most nervous sea swimmers, with shallow waters but enough waves to surf or paddle with some gusto.

And with Pirates Surf Rescue’s focus on marine biology, this stretch of beach is the perfect venue for learning about the water wildlife around them.

So, what can your kids expect for their Pirates Surf Rescue sessions? Aside from the usual watersports, there is everything from jiu-jitsu and first aid to Mixed Martial Arts and freediving. And with over 14 stations every week, these young pirates have a chance to find something new they can learn, or something they can excel at.

While the ethos is all about community and being aware of your actions towards others, Fanucci is also adamant that children need to learn how to navigate the complexities of competing with others.

“Life is a competition, and the sooner we teach our kids how to deal with it, the better they are going to be as adults,” she says.

The sessions also teach about striving for success by putting in a continuous effort, something Fanucci wants to instil in youth across the region.

“The harder you work, the better you are going to be,” she says. “The more heart and soul you put into something, the more benefits you reap.”

Fanucci’s attitude to pushing through and overcoming challenges has come from the variety she has faced herself.  After herniating a disc, which began to cut against her spinal cord, she was told she would need spinal fixation surgery. While in surgery, her shoulder fell off the operating table and severed all of the nerves, which added another element of pain and complicated her rehabilitation. Plus, she was told she would need to wear a fixed brace and would never run again — something that Fanucci wouldn’t accept.

“My life is sport, my life is running, training, and exercising, so I just started to shuffle and walk around Safa Park in Dubai to try to build up my stamina,” she recalls. “I eventually started jogging and then a year later I made it into the UAE national team for rugby, so that was an incredible accomplishment for me.”

Most recently, Fanucci represented the UAE in rugby at The Asian Championships, but she has also played in national colors for her school in South Africa in swimming, hockey, and athletics. She believes that in hardship, there’s always a lesson to be learnt and that we must remember to use it in a positive way.

Young pirates on the program can aspire to become coaches themselves as they grow with the club, giving them a potential career path. If they are showing potential at 17/18 years of age, Fanucci says Pirate Surf Rescue may invest and cover the cost of the training to become a coach. A prime example is Antoine Piat, who is head coach in Dubai and will be helping out in the Abu Dhabi. He started with Pirates Surf Rescue as a student and worked his way up to be a head coach by the age of 21.

“Everyone wants to belong to something or feel part of something, and by building a community and family feel, it helps the kids be proud of who they are, where they are and increase their self-confidence,” she adds.

Your guide to healthy Al Ain

Barry’s Bootcamp is for beginners, too 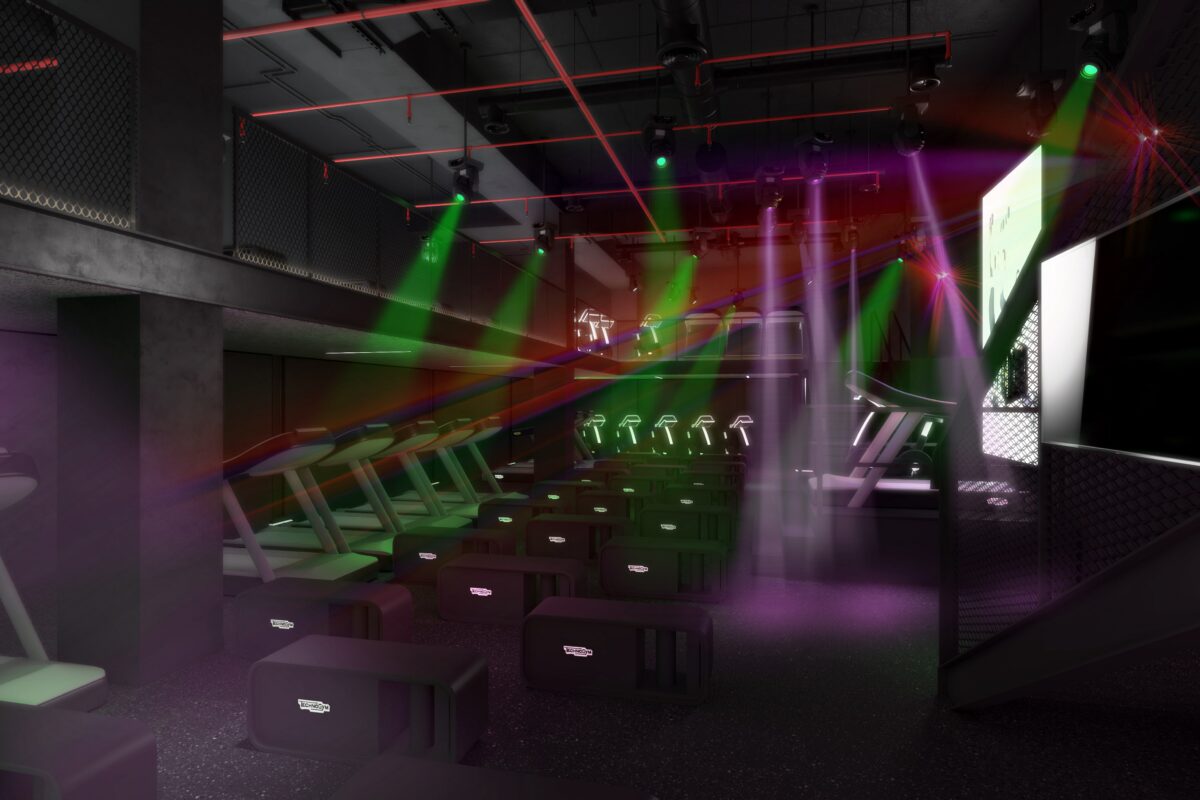