Menu
Excitement about getting back in the classroom, worries about what it will be like with everyone wearing masks, lots of confusion over procedures and policies – no wonder parents have mixed feelings about their children going back to school.  Educators, on the other hand, are looking forward to it after months spent trying to teach students from a distance.  Iona Lane, head of science at Jumeira Baccalaureate School, said she was “thrilled” that JBS is... 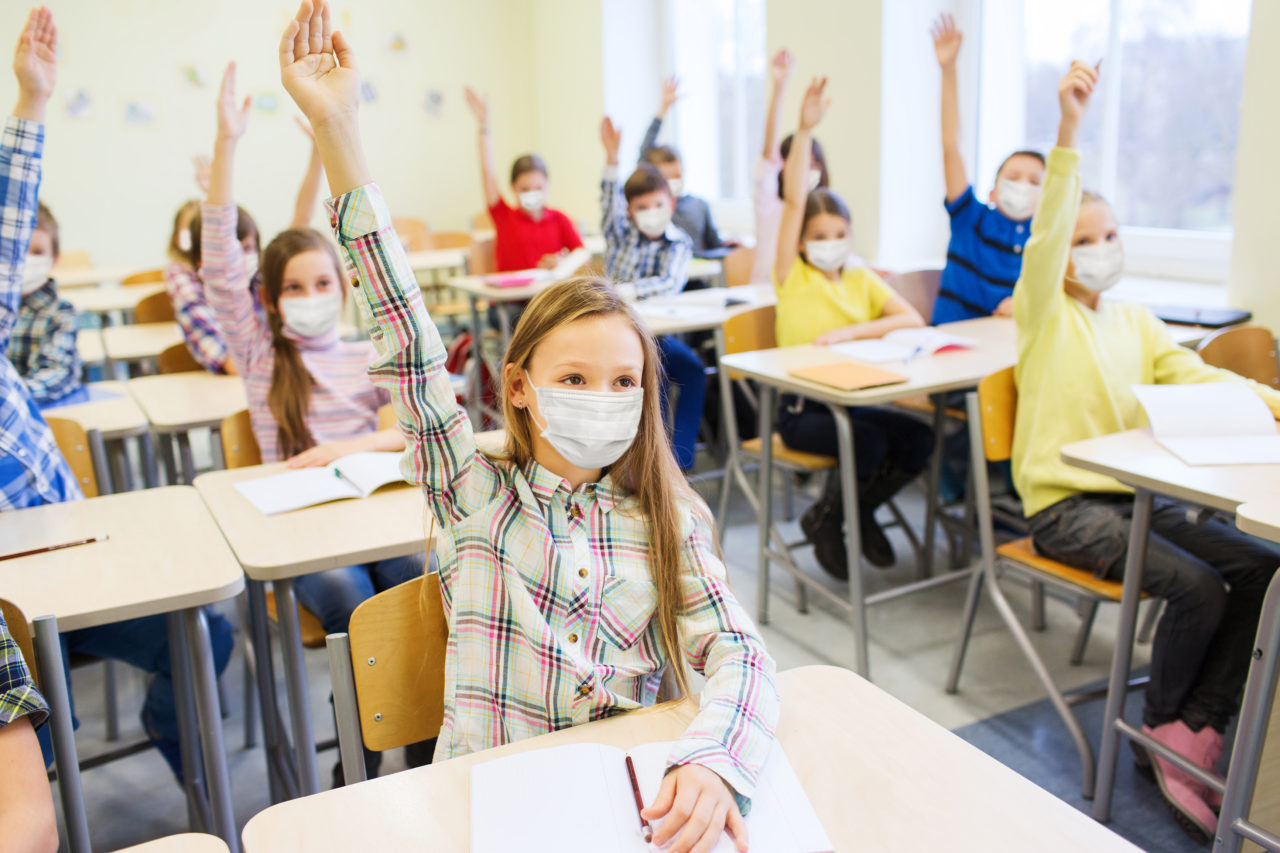 Excitement about getting back in the classroom, worries about what it will be like with everyone wearing masks, lots of confusion over procedures and policies – no wonder parents have mixed feelings about their children going back to school.

Educators, on the other hand, are looking forward to it after months spent trying to teach students from a distance.

Iona Lane, head of science at Jumeira Baccalaureate School, said she was “thrilled” that JBS is opening its doors to students on Sunday, August 30 while still offering a distance program for those who are not yet ready to resume the full in-the-classroom experience.

“We miss the real face-to-face engagement with our students,” she said. “JBS is a very family-oriented school, not just because the students we teach often have siblings and cousins in different grades, but because we work as a unique school community that is very close and we have been missing that interaction.”

Like schools throughout the UAE, staff and administration has been preparing for the return for weeks. Lane said that includes the introduction of thermal scanning equipment and the many social distancing reminders and the “endless” sanitizing stations as some of the physical features that will “help keep our school community safe.”

Despite the new procedures, she promised “the overall philosophy of the learning environment … will not be lost.”

British expatriate William Horsburgh, a physics teacher at Raha International School, is feeling a bit nervous about “having forgotten how to teach” when he gets back into the classroom.

“But I’m excited to see the students again,” he said. “Not entirely certain how social distancing will work, especially with the younger children, but it will be fun and am sure will lead to some innovation.”

Shereez Dharsey, a grade 1 homeroom teacher at Jumeira Baccalaureate School, said she really missed interacting with her pupils and watching them progress.

“It will be a very different year for all students and teachers, as we have to focus on keeping everyone safe while still upholding a warm and fun environment,” she said. “We are all in this together and it’s important to make the best of the new normal situation.”

Turkish expatriate Dyala Asad Raoufi has two children going into Year 5 and Year 3 and has decided their schooling should continue at home.

“Kinan and Klara love their school and miss their friends a lot,” she said. “It was a hard decision for us as parents, but we are confident that they will be more secure studying online at home.”

One of the main stumbling blocks for her was the thought of them having to wear masks.

“I don’t feel kids will be emotionally accepting, sitting in a classroom with masks on and actually having a  teacher try and teach with a mask on,” she said. “It could cause anxiety and distress to kids.”

Abu Dhabi resident Grace Lee has two children: a six-year-old going into grade one, and a four-year-old starting kindergarten, both at American Community School under the phased return. However, she said she was not confident about how it was all going to go, particularly with new and changing policies being released so close to the start of the school year.

“The schools and the teachers have to change the rules,” she said. “The teachers don’t have time for new academic plans right now.”

Abu Dhabi-based parent Arwa El Nahas, who has three children aged eight, five and five months, also has some anxieties about sending the two older children back into the classroom at Cranleigh School.

”I believe it is not safe enough to send kids to school now, especially with the reopening of airports,” she said. “There will be an influx of new people coming into the city right before schools start. Maybe start on-line for a few months and then gradually start moving back into schools.”

Angela Blair, head of Modern Foreign Languages at Hartland International School, knows the term ahead will be a tough one.

“But I enjoy a challenge,” she said. “We as teachers have had to adapt during an unprecedented time, to ensure that our students are still learning and this coming term will present similar challenges.

“The most important thing is to ensure the safety of our community, students, parents and teachers.”