Menu
This Monday, three UAE residents embark on of the world’s last great adventures. In a boat not much bigger than a car, they will attempt to make it from La Gomera in the Canary Islands to Antigua in the Caribbean; rowing unaided 5,000km across the Atlantic Ocean.  Led by founder Toby Gregory, the Arabian Ocean Rowing team — rounded out by Rai Tamagnini and James Raleigh — will eat, sleep, row, repeat for an expected... 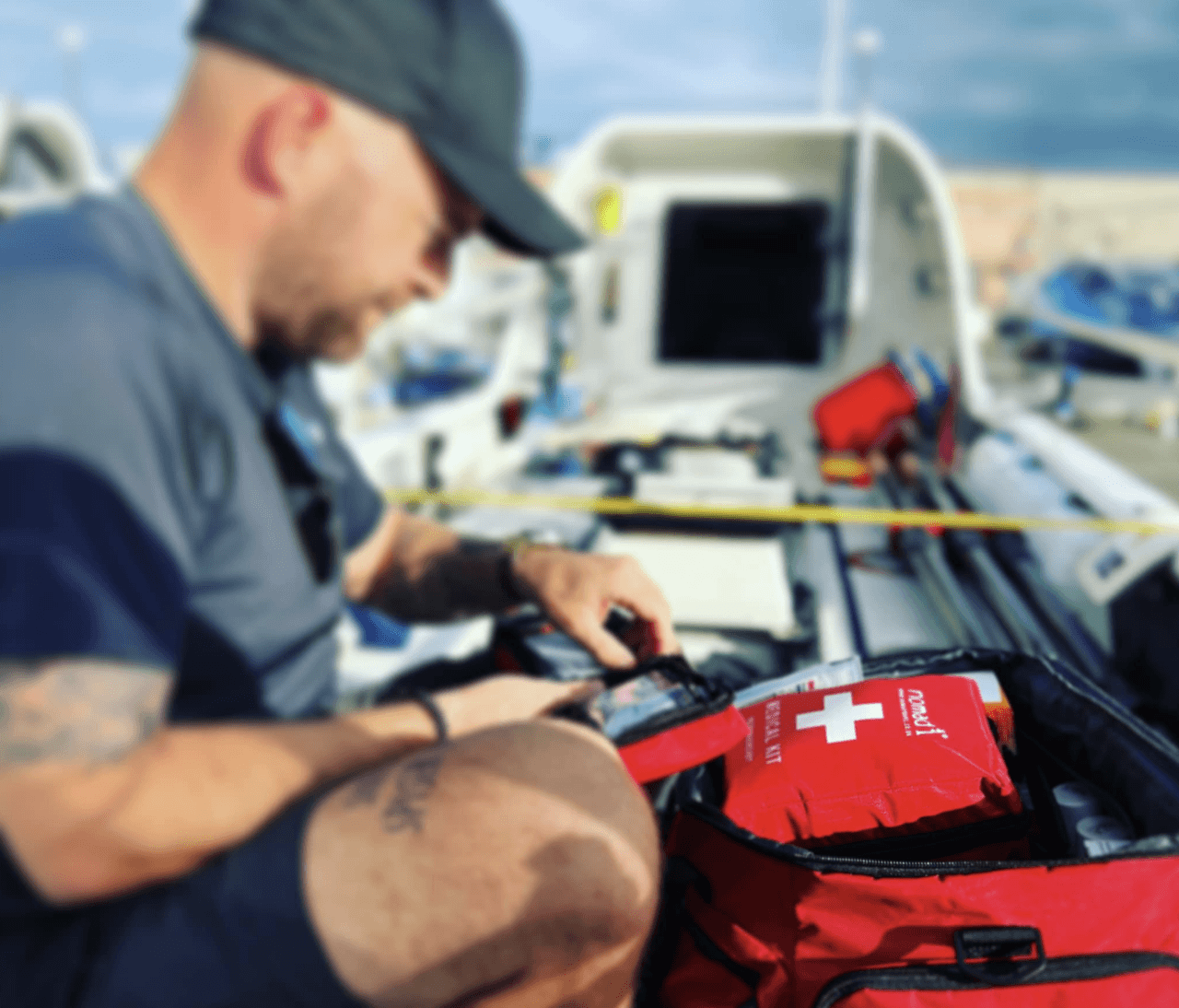 This Monday, three UAE residents embark on of the world’s last great adventures. In a boat not much bigger than a car, they will attempt to make it from La Gomera in the Canary Islands to Antigua in the Caribbean; rowing unaided 5,000km across the Atlantic Ocean.

Led by founder Toby Gregory, the Arabian Ocean Rowing team — rounded out by Rai Tamagnini and James Raleigh — will eat, sleep, row, repeat for an expected 50-day voyage. The trio will encounter 40-foot waves and row two hours on, two hours off, for 24 hours a day.

“I love ultra-endurance events and the mental and physical complexities that come with them,” Gregory tells Livehealthy. “More people have been into space and climbed Everest than rowed the Atlantic, so it is one of the greatest adventures left on this planet. There was a rare chance to take it on, so it was a no-brainer for me.”

Planning has dominated the 41-year-old Brit’s life for the past 18 months and preparation has been understandably meticulous. He is hoping that the team’s voyage fosters a carpe diem approach in those who hear and read about it.

“I know the value of life, as I lost my sister at a very young age,” he explains. “Consequently, I’ve always lived my life with passion, interest and enthusiasm. We want to inspire people to live their lives — whatever that means to them. It doesn’t have to be row an ocean, it could just be to try something new.”

Gregory has a long-standing love of the ocean that began when his father took him surfing as a child. It provides even deeper purpose to the Atlantic crossing and he is determined to bring attention to the damage being done to the world’s oceans. The Arabian Ocean Rowing team has partnered with the UN Environment Programme’s Clean Seas Initiatives and will also collect microplastic samples on behalf of universities for research purposes.

“I felt this could be a great opportunity to raise interest and awareness about plastics in the ocean,” Gregory says. “The world’s oceans are a vital buffer against climate change that we take for granted.

“I’ve been flabbergasted by the support we’ve received from across the world and we are now working with people in Hawaii, Vietnam, Korea, the UK, Australia, Kenya and of course the UAE. From just starting on my kitchen table at home and taking a rowing boat out a few times a week, it has become this incredible global project.”

Part of that project has been a series of school visits in the UAE to highlight the UN’s Clean Seas Initiative and the work it does. Gregory has talked through the Atlantic crossing with schoolchildren, his family and friends, and media outlets alike but despite repeating his belief that he and his team will be successful, are there any lingering doubts?

“I don’t think you can be human and not be concerned or alert to dangers,” he says. “Most of the people who try don’t make it. But I have been rigorous with every single element of this project and as a consequence I’m not scared at all. I am alert to possible dangers, issues and complexities. As are the rest of the crew. You’ll never feel totally ready but we’ve just got to do it now.”

Having previously completed the gruelling Marathon des Sables across the Sahara Desert, Gregory is clearly a glutton for punishment. That experience taught him some valuable lessons.

“One of the biggest things is the idea that you don’t get much done if you only hustle on the days you feel good. In the Marathon des Sables, you wake up in pain but just have to keep moving. It’s not about feeling good, it’s about having a goal and giving your all to get there.

“You learn that not everything goes right and actually, a lot goes wrong. But struggles are an opportunity to build resilience. I do wonder if I hadn’t done the Marathon des Sables, whether I’d be as well-equipped as I am to do this.”

However, the Atlantic crossing represents a whole new level of difficulty, both physically and mentally. Confined in a small space for almost two months; required to consume 6,000 calories a day to maintain energy levels. Despite the challenges upcoming, Gregory insists the Arabian Ocean Rowing team are ready.

“For other endurance events, there is a more clearly defined path — you increase intensity and effort and move forward with your distances. I think the difference here is that the mental side is so much more complex. We’ve seen psychologists and we’ve had to learn how to properly navigate the ocean too — there have been a lot of exams.

“I’ve realized that talent is a gift but hard work is a choice. It has consumed my life. I wake up and go to bed and in between I think about the row. But I feel we have put ourselves in the best position to succeed.

“No matter how it ends, if we have a technical failure and don’t make it or if we get to the other side and celebrate – whatever happens, I know that it will be the starting point of another goal.”