Menu
Over four hellish days, 40 men and 40 women will compete through a series of workouts-of-the-day (WOD) for the title of fittest man and fittest woman on earth. 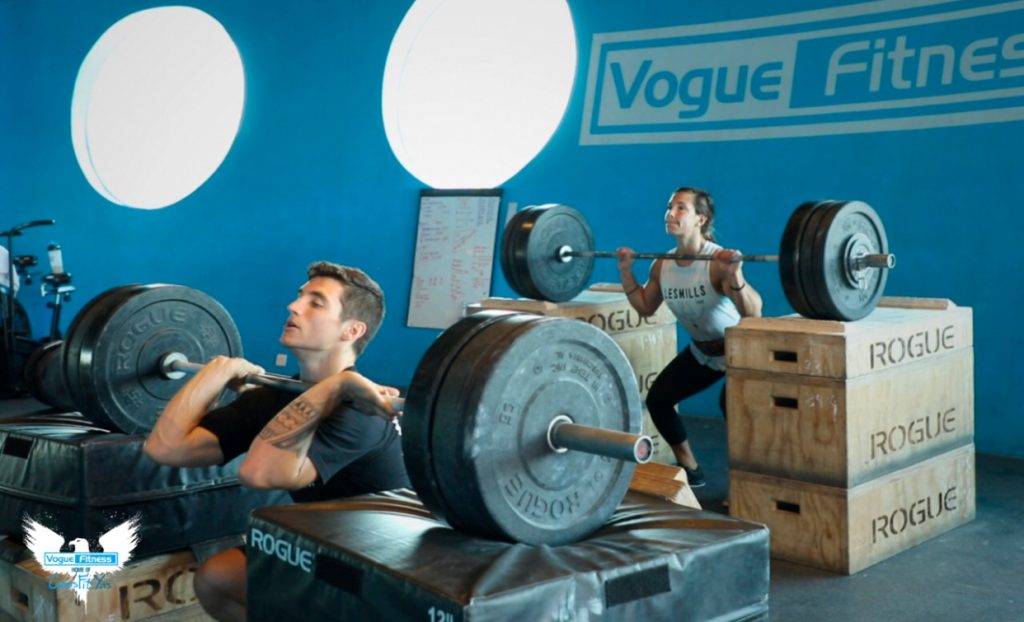 Elliot Simmonds and Jamie Greenwood have travelled to the US to participate in the CrossFit Games. Photo courtesy Vogue Fitness

When it comes to competition and fitness, it doesn’t get much tougher than the world championship CrossFit Games, which kick off tomorrow in Madison, Wisconsin.

Over four notoriously grueling days, 40 men and 40 women will compete in a series of events, called workouts-of-the-day (WOD), for the title of fittest man and fittest woman on Earth.

The CrossFit Yas/Vogue Fitness entry marks what just might be the capital’s hardest-working couple this summer: Elliot Simmonds, a 24-year-old from the UK, and Jamie Greene, 27 and from New Zealand. The pair both posted pictures from the Games check-in day to their Instagram accounts. 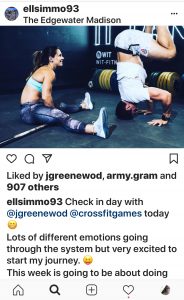 “Lots of different emotions going through the system but very excited to start my journey,” Simmonds wrote in a post where he is doing a headstand as his fiancee looks on. “This week is going to be about doing my best in every WOD, having a crack instead of playing it safe and enjoying it. And finally, as always, learn from whatever happens.”

According to his CrossFit bio, Simmonds, who is competing in his first CrossFit Games, was convinced to try the sport in 2013 by his mother, who took it up four years earlier. It’s Greene’s third year at the event. The former gymnast and rugby player placed eighth there last year, earning her spot this year with a decisive win at Regionals. 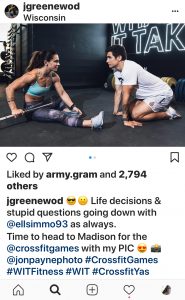 Vogue Fitness co-founder Patrick Hegarty, who is traveling to Madison to watch the pair compete, said the couple has been in “lockdown” mode in preparation for the event since the weekend.

Two other Abu Dhabi-based athletes also qualified to compete at this year’s Games: Eik Gylfadottir, 29, from Iceland and Stephanie Chung, 26, from the US. Both women train at MProve Fitness in the capital. Chung, who is originally from Boston, has a background in gymnastics and began CrossFit as a hobby five years ago, told site The Barbell Spin she’s made strides after “honing her mental game.”

“This year, in particular, I focused on my own performance rather than comparing myself to others,” she said.

CrossFit was founded in 2000 in California. Today, there are an estimated 13,000 affiliated gyms worldwide. It combines basic and advanced movements, incorporating high-intensity interval training, weights, plyometrics and endurance into an hour-long workout.

Escape the heat at Phuket Cleanse in Thailand

#cheatday: Guy Fieri's Kitchen is coming to The Dubai Mall