Menu
A change of scenery can prove invigorating. 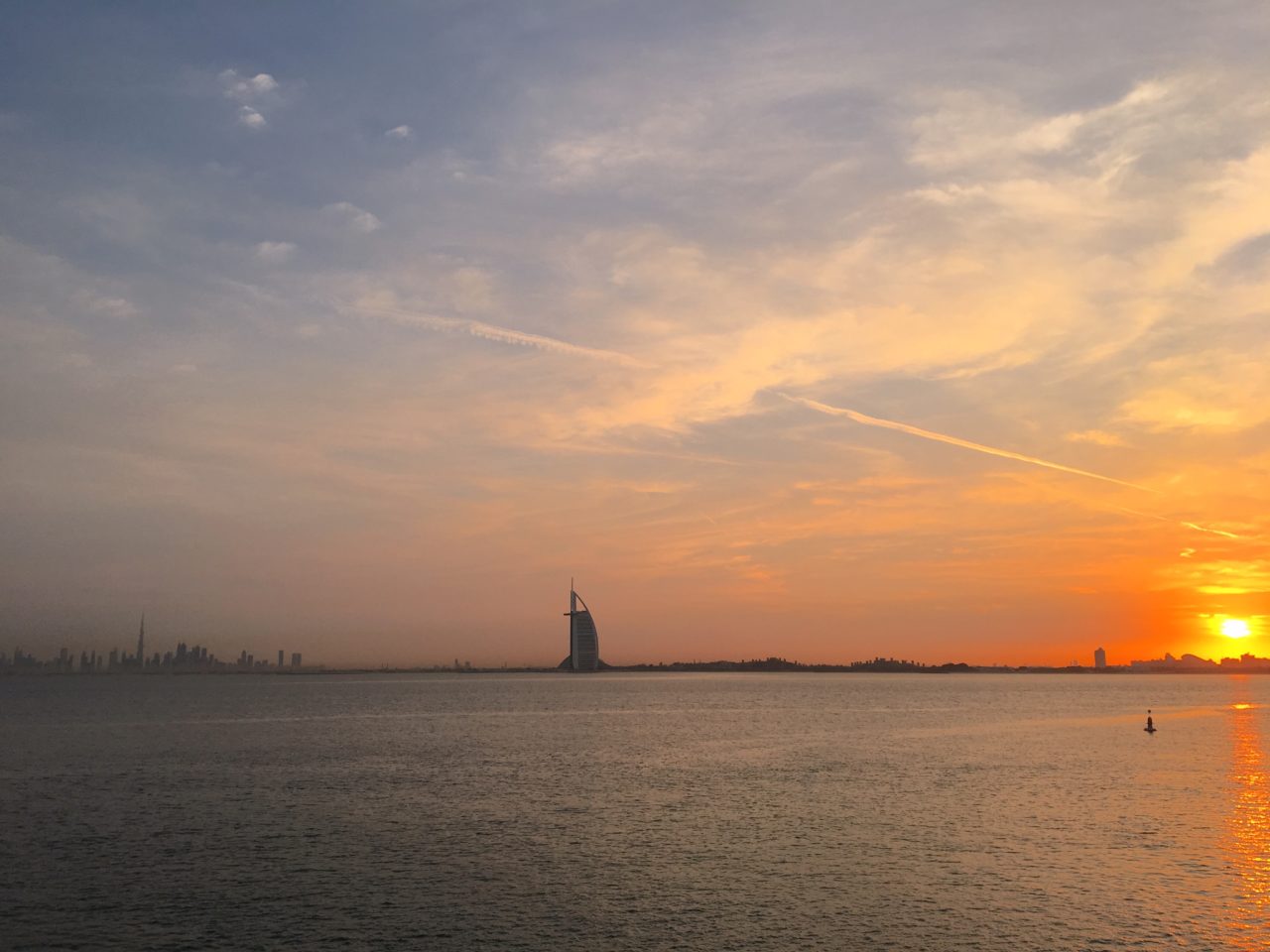 The view from running on The Palm. Photo Ashleigh Stewart

Runners can get pretty set in their ways and let’s face it, no one really likes to have to drive so they can go running outside in Dubai. But because a change of scene can prove invigorating, here are some tried and tested new options to try.

The iconic green spongy track on Jumeirah Beach Road is a magnet for fitness-lovers from all walks of life. With a bit of cushioning underfoot so it’s easy on the legs, the track stretches over 14km, starting at the Burj Al Arab, down past Kite Beach and over the new Dubai Water Canal. If you’re out for a distance run, you’ll find handy signage on the track every 100 meters, so you know how far you’ve gone. You’ll be among good company too, as it’s a popular spot for families, serious runners and casual fitness types alike. And who wouldn’t want to spend their 6am run plodding past the Burj Al Arab?

Tip: Take a towel for a post-run swim.

Running on The Palm

The boardwalk of the Palm Jumeirah is flat, wide and usually rather empty, so it makes for a perfect running spot. From tip to tip, the Crescent is about 11 kilometers, so if you start and finish at the same tip – you’ve basically just completed a half marathon. It might be one of the most scenic runs in Dubai – on one side of the crescent you can see all the way down to the Burj Khalifa and the skyscrapers of Business Bay, as the other Burj (the Burj Al Arab) sits just beside it. You’ll also pass by Atlantis, and plenty of luxurious five-star properties. For something a little more leisurely, there’s also the four-kilometer track up and down the trunk of the palm.

Tip: There’s no shade out here, or any respite from the sun really, so take a hat or sunglasses.

A spot favoured by the expat community, largely due to the number living in the area, this is the perfect running spot if you like to be out and about with plenty of other like-minded people. Or, if you live in the area and it’s simply on your doorstep. If you’re running around the whole thing, the track measures about 7.5km in length and provides some spectacular scenery in the form of glitzy skyscrapers on one side and the waters of the marina on the other. It’s rather amusing trying to outrun a boat full of people as you try to tackle your own PB.

Tip: If you want to enjoy the wide boardwalk and avoid the crowds, steer clear of running around dinner time when the masses are out scouting out restaurants.

On the other side of Sheikh Zayed Road to the marina, is Jumeirah Lakes Towers, or JLT, which is equally accommodating to runners. A figure-of-8 run around JLT will tick up about seven to eight kilometers on your Fitbit, depending on what route you take, and there’s always a nice community vibe. You’ll be likely to pass by families out enjoying the green spaces and playgrounds or other people out for their daily exercise like you. There’s also plenty of fantastic food places around here, so perhaps take note of a couple you’d like to check out and return to after your run.

Tip: There’s one small incline to a rather high pedestrian bridge over a highway along this route, so it’s not completely flat.

Running along the Dubai Water Canal and in the parks

There are many green, leafy spots around Dubai that perfect for a run. One of the best, in fact, is the wide open spaces of Safa Park. It’s only a short track, about 3.5km in length, but the earthy track is springy underfoot, and there’s a bunch of workout stations along the way if you feel like your run just isn’t enough. It’s also conveniently located mid-town, so perfect if you live either end of Dubai.

Safa Park runs alongside Dubai Water Canal, which is another running destination in itself, right alongside the skyscrapers and luxurious hotels of Al Habtoor City. Down the other end of town, along the city’s other important waterway, you’ll find Dubai Creek park. This green space has great views back over the Dubai skyline and will lead you through the older parts of Dubai. Otherwise, you’ve got Mushrif Park for slight inclines, Zabeel Park, or the Al Barsha Pond Park.

Tip: Take a picnic to enjoy the greenery for as long as possible after your run

Featured photo: The view from The Palm. Photo Ashleigh Stewart

Ashleigh Stewart is a New Zealand journalist, who has spent much of her career on the health beat, focusing most recently on mental health and wellbeing. She has worked in Japan, Indonesia, America, and has spent the last two years in Abu Dhabi and Dubai. She's also an avid outdoorswoman and runner, having completed her first marathon in Dubai in 2017.

Here's why you are seeing Rad Roller everywhere