Menu
Alkalime, a new restaurant in the Mamsha development on Saadiyat Island, is all about the details. Everything in Alkalime is designed to make you feel good. 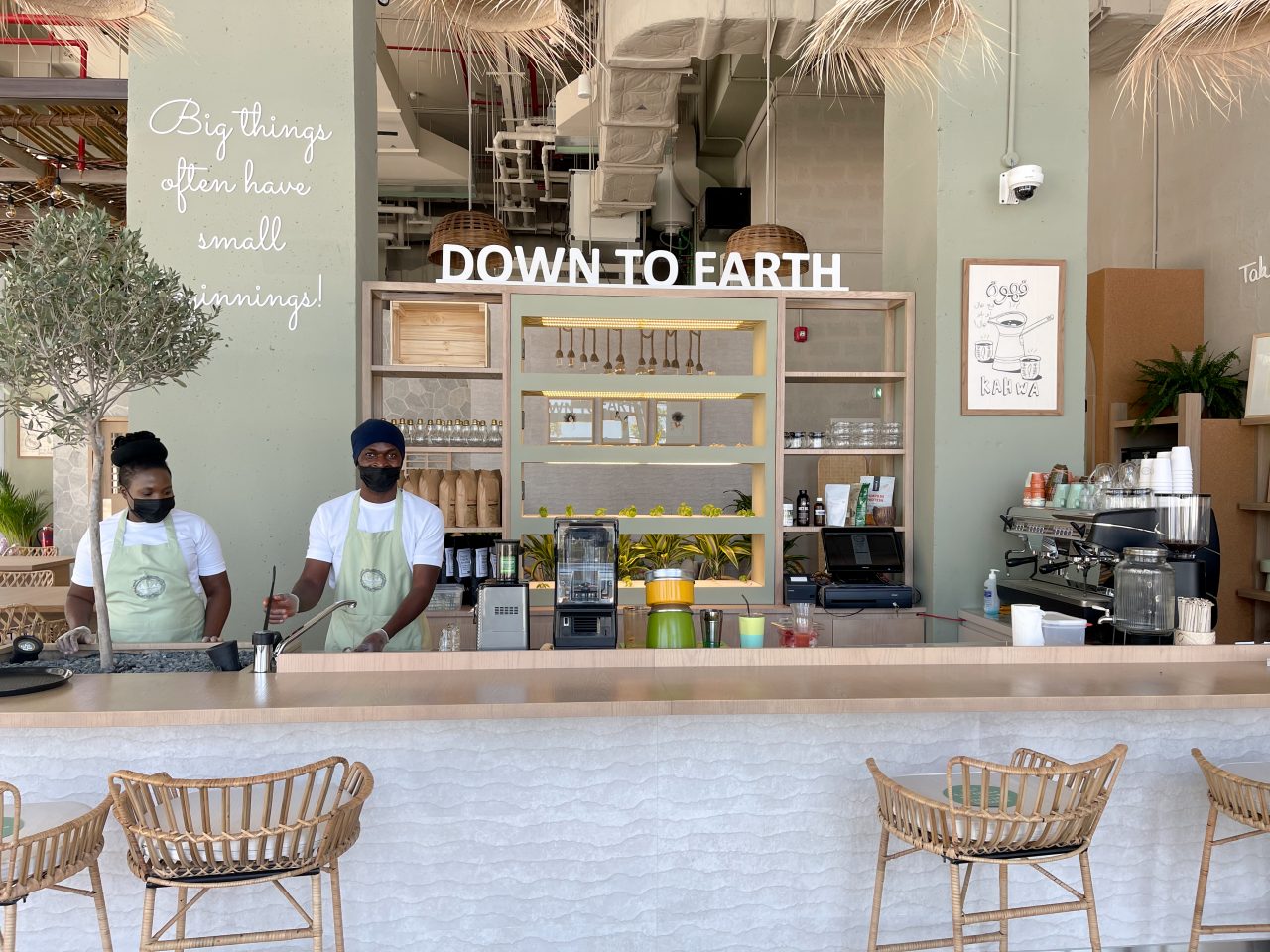 Alkalime, a new restaurant in the Mamsha development on Saadiyat Island, is all about the details. The potted plants hanging from a bamboo trellis on the ceiling, for example, are real. Everything from the art on the walls to homemade condiments is designed to make you feel good.

Situated across from Soul Beach, Alkalime is the conceptual child of Nagham Al Zahwali.

Al Zahwali always had stomach problems growing up in Abu Dhabi. However when she moved to Spain in 2013, to study for a graduate degree in business, they disappeared.

She was eating more homegrown and organic foods, and figured out, by a process of elimination, what was the cause of her pain and discomfort.

On her return to the UAE in 2014, it was hard to find the kind of food she needed.

“I struggled to find places where I knew what was on my plate, where I knew where the ingredients were coming from and how they were cooking them,” Al Zahwali says.

Her failure to find such a reassurance was the inspiration for Alkalime. The root of the name, alkali, is a basic ionic salt of an alkaline earth metal. And although lime is acidic, it is alkaline-inducing once digested. Alkaline foods are said to be hydrating and help flush toxins out the body.

Alkalime is one of the inaugural winners of Aldar’s Manassah competition. Launched in 2019, the competition supports young entrepreneurs working in retail, cafés and restaurants. Manassah is Aldar’s first retail start-up program in partnership with startAD, the global accelerator based at NYU Abu Dhabi.

Good food is one of the pillars of Alkalime — food that is not just good tasting, but good for you. Al Zahwali invited Lana Nasser to take on the role of head chef, and The Wellness Collective’s Suzan Terzian to join as consulting nutritionist.

Before joining Alkalime, Nasser had just started a course in nutrition, having sold her 10-year-old catering company. She was recommended to Al Zahwali by a friend. The day after Nasser began her course, Al Zahwali called.

It was a sign, says Nasser. The development of the Alkalime menu “went hand-in-hand with my journey with clean eating”.

As for Terzian, she was Al Zahwali’s clinical nutritionist back when she was a 14-year-old struggling to fit into her trousers. Fast forward a decade, and Terzian was offering a nutritional reset program that joined.

Terzian now works with Nasser to make sure every consumable in Alkalime is the best for your body.

“It was important for us as a culture in the kitchen to create everything from scratch,” Al Zahwali says, describing a menu that includes burgers, chicken shawarma and knafeh as comfort food that is accidentally healthy.

“Nothing comes out of a bottle, it’s all made from scratch,” says Nasser. “We have recipes that are sub-recipes to the recipes. All the sauces, all the dressings, are from scratch. The pizza base, the curries; we have a signature tahini dressing. We do our own fermented cashew cheese. And the milks are made from scratch.”

The milks are plant-based, of course.

Fresh makes all the difference in Alkalime’s plant-based produce. It was only after I had finished the flavorful spinach and cheese omelette that I remembered the cheese is plant-based. The creamy Emmental-like cheese had fooled me.

It’s not all savory: Alkalime has great dessert options too. A popular choice, the chocolate cake is made of pure cacao and sweetened with fresh dates. You don’t have to feel guilty about eating the hearty slice — all of the ingredients are good for you.

“There are no shortcuts,” says Terzian. And that is true of everything in Alkalime. Nagham believes that part of being good to ourselves is being good to our environment. All the furniture in the restaurant is made of bamboo or natural, biodegradable materials. You won’t find single-use plastics here.

Inspired by Al Zahwali’s time as a student in Spain, where she spent whole days working in cafes, the restaurant also has a communal work space that faces the beach. It’s outfitted with plenty of power outlets and staff will never ask you to leave to free up the space for another customer.

The space also has a book nook for future book reading and community events. In the end, said Nagham, it’s all about the community. “We have a responsibility to the community we’re serving here, to make them feel like we’re in their home and they are part of our home,” says Al Zahwali. “The space is there for them. It’s not about us.”

• Alkalime is at Mamsha, in the Turquoise 7 building.

Colon cancer screening after 40 is key