Menu
Normally, the onset of Ramadan excites me. I look forward to a slower, calmer pace that allows us to reconnect with our spirituality, spend more quality time with our friends and families and create memories in our children that will sustain them through a lifetime of Ramadans. These are the days when I am usually busy decorating our home, planning meals, stocking the pantry and preparing Ramadan treat bags for the children in our neighborhood who... 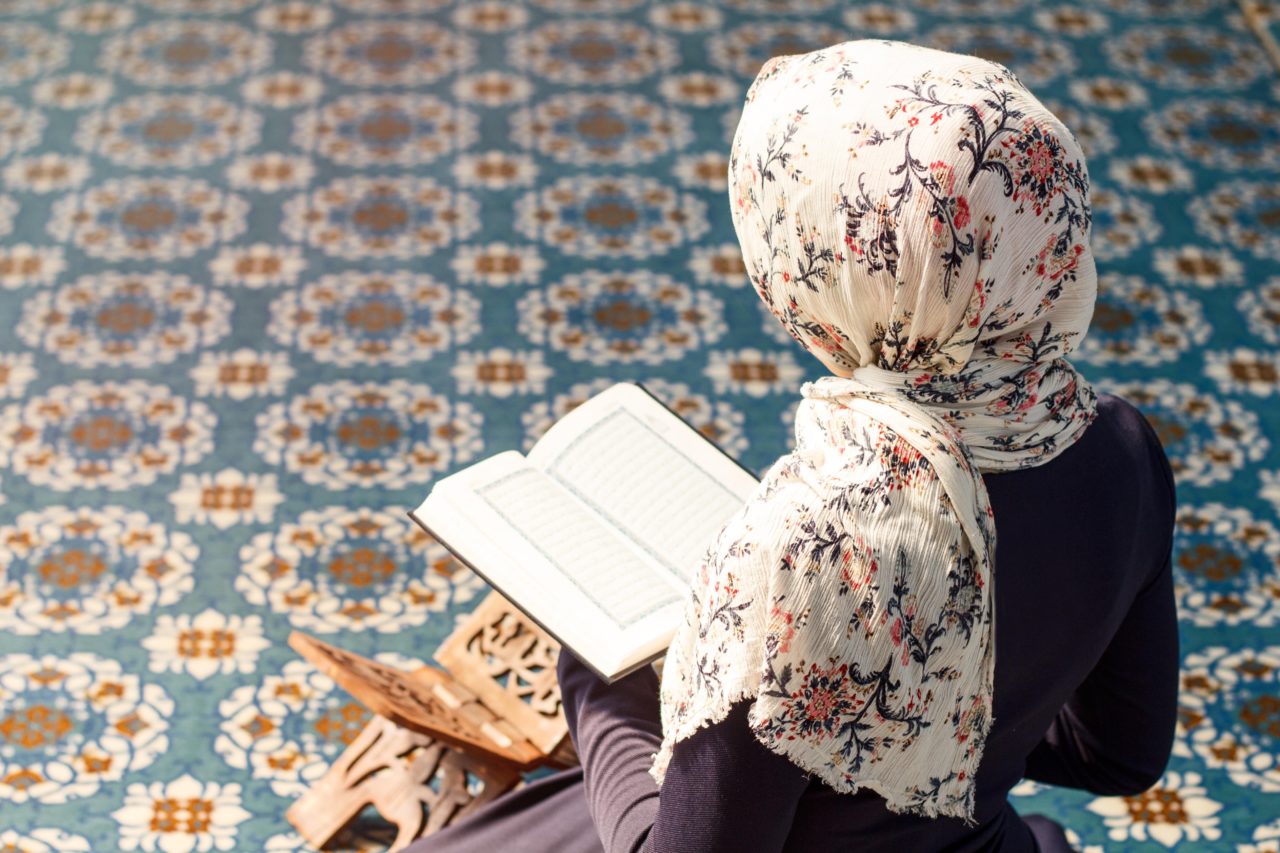 Normally, the onset of Ramadan excites me. I look forward to a slower, calmer pace that allows us to reconnect with our spirituality, spend more quality time with our friends and families and create memories in our children that will sustain them through a lifetime of Ramadans. These are the days when I am usually busy decorating our home, planning meals, stocking the pantry and preparing Ramadan treat bags for the children in our neighborhood who will come knocking on our door on the night before Ramadan starts.

But two years ago was different. I felt absolutely terrified. This was the first Ramadan in three years that I would be expected to fast fully and properly and the thought made me break out in a cold sweat.

I’d had an excellent excuse to forego fasting in those three prior years. I was pregnant during Ramadan 2016, then nursing in 2017 and 2018. It has been reported that the Prophet Mohammed once said: “Allah the Almighty removed half of the prayer from the traveler and fasting from the pregnant and nursing women.”

Islamic fatwas have been clear about the God’s mercifulness: if fasting is harmful to a pregnant woman or her child, or too difficult for a nursing mother, then the woman is exempt. Whenever I tried to fast during pregnancy or while nursing my son, I was hit with lightheadedness, dehydration and extreme weakness, so I gave myself a break and never had to forego my multiple cups of daily coffee.

But then came the year when I had no fasting scapegoat. But it turned out that I was not the only one worrying about the Return of the Fast.

Shifa Saltagi Safadi, a Syrian-American and mother of three living in the US writes about parenting as a Muslim mother on Muslim Mommy Blog.  With other, similarly-minded bloggers and Instagrammers, she launched A Mama’s Guide To Getting Back Into Fasting.

Safadi didn’t fast while nursing her first child, born in 2011. Eight years and two more children later she faced her first Ramadan with no get-out clause and it was daunting. She couldn’t imagine fasting with a lively toddler on the loose, especially as she felt she was barely managing even when she was “well fed and fully caffeinated.”

She admitted feeling terrified. “The biggest reason is that I am now in charge of a family of five people, three of whom are young children in need of constant attention and care. Thinking of doing this with no food or coffee scares me.”

She decided to reach out to three other Muslim bloggers on Instagram: Zahra @hellohappyhues, Sana of @mommymuslimah5 and Afra of @throughmamaseyesblog. They began sharing their worries, what they perceived to be the challenges as mothers of young, demanding children and tips they’ve come up with help them return to fasting full-time, and Safadi came up with a plan to ease herself into fasting and Ramadan’s spiritual obligations.

“I honestly think that talking about it and preparing yourself helps you reach the right mindset for approaching the Ramadan fast,” she says.

One step was to wean herself off coffee before the start of Ramadan so that she could at least take a painkiller to help with the withdrawal headaches until her body adjusted. Another was to go to train herself to wake early by going to bed early.

“The perfect Ramadan is one in which you are able to pray taraweeh [special Ramadan evening prayers] in the mosque and feel the Ramadan spirit. But the reality is that taraweeh prayers where I live start at 10pm and end at midnight and if I were to go, my kids would be getting cranky because it was past their bedtime and it would be harder to wake myself up in the morning and do everything I need to do as a mother. I do plan on praying as much as I can when the kids sleep.”

All the mothers agree: their children’s schedules, routines and needs would inevitably infringe on their responsibilities, spiritual or otherwise, during a difficult but uplifting month.

Like all the Muslim mommy bloggers I came across, my fear as a mother was not about surviving from sun up to sun down with no food, water or (gulp) caffeine. It was fearing that my duties as a mother would infringe on my duties as a fasting Muslim. The challenge was to fulfill my spiritual needs and obligations; to increase prayer and find time to lose myself in the comforting, balm-like reading of the Quran and strengthen the parameters of my faith, all while losing my temper with my voracious six-year-old and a defiant toddler.

The third tip fro, Safadi is “destress and prep” when you can.

“Focus on what you can do instead of what you can’t,” she says. The reward is in the trying. “Focus your intention to be for the sake of God, even cooking and cleaning”.

Afra, a mother of three and a doula who lives in the US, believes that planning children’s activities, Ramadan crafts and routines well in advance can go a long way in helping mothers cope with little ones during their fasting days.

“Growing up in Dubai, Ramadan meant lots of visits to the mosques and social gatherings,” she says. “Moving to the US meant we have to make that extra effort to instill the feeling of Ramadan for our kids.”

Another concern I struggled with was the change in the bedtime ritual during Ramadan. In years past, my husband and I would often put our children to bed in the minutes before iftar, sometimes pausing for a sip of water and a quick date to break our fast before quickly returning to the demands of the bedtime routine. We would then sit down for a proper, quiet meal, confident in our choice to put our children’s needs ahead of ours. But my daughter was becoming more aware of the significance of Ramadan and was looking forward to it. How to involve her more if we couldn’t send her off to bed but couldn’t let her stay up too late either to take part in the spiritual side?

“You simply have to find the balance as a mother,” advised Sara Siddiqui, a Pakistani mother of two based in Abu Dhabi and fasting again after a three-year break. “Come up with a game plan that works for you. Here’s what I do: I get my husband to take over all bath duties in the time before iftar. He carts the kids off to the tub while I get busy cooking and preparing our meal in peace.”

There was plenty of advice out there, but the truth is, I was still scared.

But having made it through, I know going back to fasting felt just like riding a bike: wobbly at first, then you find your rhythm and your body remembers what to do. And then, once you’ve got the hang of it again, it’s as smooth and fulfilling as it ever was.

This article was originally published on May 2, 2019.

Plastic peril: you ARE enough to make a change